Naypyitaw, Myanmar – The four day 21st Century Panglong Conference has come to a successful close. The peace conference, a meeting between the government, military and armed ethic groups, is State Counsellor Aung San Suu Kyi’s first attempt at bringing peace and national reconciliation to the war torn nation of Myanmar. The conference seeks to end over 60 years of internal conflict and create a democratic federal union.

At the closing ceremony, the spirits of all 1800 attending were high. At State Counsellor Aung San Suu Kyi’s closing speech, she advised that there is no need to fear having setbacks or problems; the only problem is pretending not to have them. She also reminded the delegates that the citizens of Myanmar were watching and depending upon them for peace. Aung San Suu Kyi ended by saying that authority over the nation is not in the hands of its leaders, it is in the hands of its citizens.

Col. Hkun Okker, of the Pa-Oh National Liberation Organization (PNLO), the Armed Wing of the Pa-Oh National Liberation Army, said “Everyone is satisfied. They had a chance to say something. Their voices are heard by the public, their voices are heard by the military.” Col. Okker also said that all of the ethnic groups are pleased that their positions were made known to those present at the conference, and the whole country.

Col. Okker added, “I can say about this conference, everyone can smile.”

The conference has been considered by observers to be a great success. Although a ceasefire agreement was not reached at this time, Aung San Suu Kyi appears to be pulling the nation together.

The next meeting is scheduled to be held in 6 months, where it is expected the remaining non-signatories to the national ceasefire agreement will sign.

China has played an active role in the peace conference, as Myanmar is rich in natural resources, especially oil, copper, timber, and rare earth metals, all of which China needs to feed its manufacturing and energy sectors. China isn’t as resource rich as its neighbor and, with a population over 1.3 billion, its need for oil, gas and electricity grows every day. There is also the strategic importance that Myanmar presents. If China wins its bid to build a Special Economic Zone (SEZ) in Kyaukphyu, Rakihin State—which possesses a deep water port, gas pipeline and possible railway links—China will have a port from which it can bypass the Strait of Malacca, one of the busiest shipping lanes in the world. China is, thus, pushing hard for the Bangladesh-China-India-Myanmar (BCIM) Economic Corridor. This will give China greater control of resources flowing into the country and more control of its economic output. Furthermore, it will help China transform its Navy into a Blue Water Navy with a string of friendly ports.

The question remains if Suu Kyi will reward China for its efforts in facilitating peace at the conference. Myanmar has already reaffirmed two key political and economic initiatives, the first being support for the one-China policy and, the second, China’s “Belt and Road” initiative coupled with the BCIM. Now that the conference as come to a successful end, observers look to China to see if continued support for political dialogue, national reconciliation and peace in Myanmar will continue. 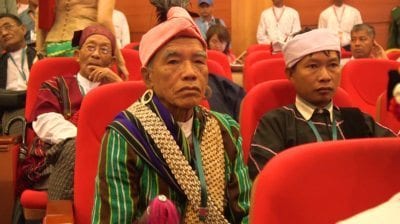 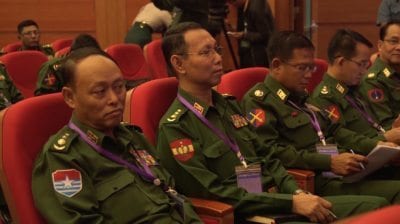 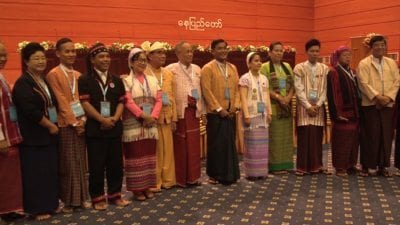 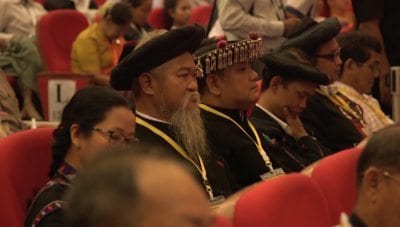 For coverage of Day 3: