Naypyitaw, Myanmar – Day 2 of the 21st Century Panglong Conference saw the walk-out of a certain delegation that represents Myanmar’s largest and most powerful ethnic army – the United Wa State Army (UWSA). Nine delegates from the UWSA removed themselves from the conference upon realizing they were given only temporary observer identifications, rather than full representative id’s, allowing them to speak.  Called a “misunderstanding” by conference officials, UWSA delegates still chose to leave what is an historic attempt at bringing peace to the war torn nation of Myanmar.

The USWA, which campaigns for the Wa ethnic people, is led by ethnic Chinese commanders and controls the Wa Special Region in Myanmar’s Shan state. It has been accused of producing and selling methamphetamines and heroin, and is one of the armed ethnic groups that refused to sign the nationwide cease-fire agreement.

Still, Day 2 of the Conference proved to be promising, as previously reported.

The Panglong Conference is modeled after the 1947 Conference that was a construct of General Aung San, Aung San Suu Kyi’s father, who brought together different ethnic leaders from the frontier areas that had been ruled by the British under their own administration. The goal then was to form the nation of Burma after independence from the British.

The conference is attended by seven hundred delegates representing the government, military and 17 different ethnic armed organizations, as well as observers from the EU, UN and China.

For Day 2 coverage of the Conference, and interviews, watch here. 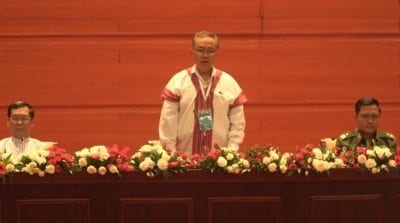 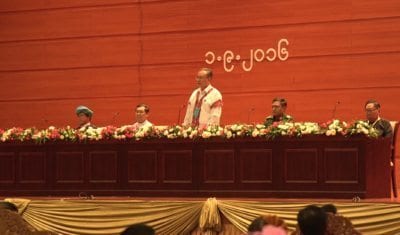 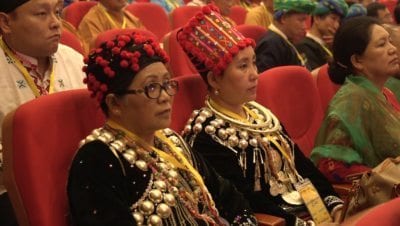 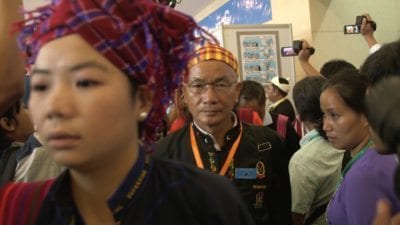 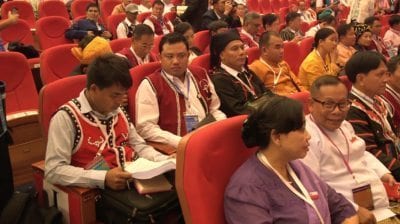