The Conference is modeled after the 1947 Conference that was a construct of General Aung San, Aung San Suu Kyi’s father, who brought together different ethnic leaders from the frontier areas that had been ruled by the British under their own administration. The goal then was to form the nation of Burma after independence from the British. Today’s conference was attended by seven hundred delegates representing the government, military and 17 different ethnic armed organizations.

It was also attended by observers from the EU, UN and China. In State Counsellor Aung San Suu Kyi’s opening remarks, she said if we all work together for peace, we can build federalization. She went on to say that the nationwide ceasefire agreement is not only important for peace, but for our dreams of building a federal system. 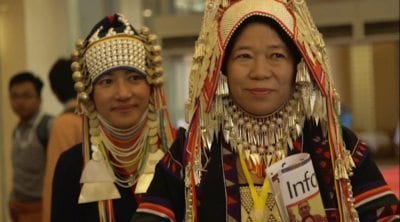 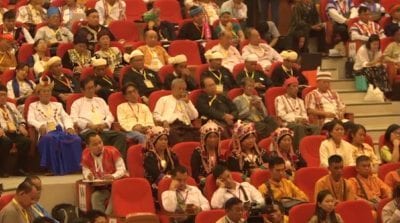 United Nations General Secretary Ban Ki-moon closed the morning session with a speech where he congratulated all sides on this historic occasion for their patience, endurance and determination and their spirit of compromise.

The atmosphere was very cordial as members of different social classes and ethnic groups from a vast cross-section of Myanmar’s society greeted one another like old friends.

On Day 2 of the Conference all parties will be working hard on the national ceasefire agreement and political dialogue.