OPINION: Despite another Trump-Kim meeting, by the numbers, America’s choices don’t appear promising.

“You hear the power of that voice, nobody’s heard the voice before,” President Trump said praising North Korean Leader Kim Jong-un this Sunday as he sat beside Kim during an impromtu press conference in the heavily fortified Demilitarized Zone (DMZ). “[H]e doesn’t do news conferences, in case you haven’t noticed, and this was a special moment.”

This weekend President Trump became the first sitting American president to set foot in North Korea, briefly stepping over the concrete border before heading back to the South Korean side. While former Presidents Jimmy Carter and Bill Clinton had each visited Pyongyang after their terms, Ronald Reagan, George W. Bush, Barack Obama and Bill Clinton had visited the DMZ while president, but never met with North Korea’s leader.

“Nobody knows how things turn out, but certainly, this was a great day, this was a very legendary, very historic day,” Trump said of the meeting. “It’ll be even more historic if something comes of it, something very important.”

After some very important meetings, including my meeting with President Xi of China, I will be leaving Japan for South Korea (with President Moon). While there, if Chairman Kim of North Korea sees this, I would meet him at the Border/DMZ just to shake his hand and say Hello(?)!

South Korea is currently the 6th largest US trading partner. Owing largely to this status, it currently maintains the 11th largest global economy. The population of Seoul, South Korea’s capital and largest city is just under 10 million. This is the population that lives within Seoul proper and does not include the rest of the Greater Seoul Metropolitan Area, or GSMA, which is 25.6 million and one of the largest metropolitan areas on Earth. This is, by the way, roughly half the entire population of South Korea.

12 is the number of hours it once took me to drive from my home in Seoul to Camp Humphreys in Pyeongtaek, only 65 kilometers (40 miles) away, owing to one of the worst traffic situations anywhere on the planet during the Chuseok holiday (Korean Thanksgiving). Seoul is closer to the DMZ than it is to Pyeongtaek. This distance is about 50 kilometers (31 miles). The largest US military installation in the world, outside of the US, Camp Humphreys has a population of approximately 12,000 US troops, civilian employees, and family members.

Hundreds of thousands, an admittedly very rough estimate, is the number of artillery rounds North Korea can start raining down into South Korea, every hour, with virtually no warning in the event of a second Korean War. Much of North Korea’s artillery can reach Seoul without North Korean forces crossing the DMZ. Some of their weapons can even reach Camp Humphreys in the same way. While the actual number of artillery rounds North Korea could send into South Korea is classified, it is “hundreds of thousands per hour”, and doctrinally many of these would be chemical or biological rounds, further exacerbating the death and destruction. It is also worth noting that due to the proximity of such a massive population center as the GSMA to the DMZ, even short-range artillery has the effect of long-range artillery.

Millions is a conservative estimate of the number of friendly casualties in any new war on the Korean peninsula, even if such a war only involved conventional and not nuclear weapons. Trillions are the number of dollars in cost to the US and our allies, a conservative estimate, of a new war between the two Koreas. This cost in lives and money would be expended very quickly, in days or weeks, not months or years.

The point these numbers, and many others not shared here, convey is that the only truly acceptable option in dealing with North Korea is a sincere, coordinated, global diplomatic effort bringing together all elements of national and international power. This effort must be diplomatic and must involve the entire spectrum of influence from informational efforts, economic, and of course the military option must remain on the table as a very last resort to make it abundantly clear that diplomacy must win out.

Yet, this option remains problematic. The United States not only has a vacuum of leadership, intelligence, historical awareness, and diplomatic acumen, it has a president so unaware of his limitations and so convinced of his own talents, he does not avail himself of the traditional advisors and institutions designed to help compensate for such shortcomings. For example, the U.S. currently has no permanent Secretary of Defense, no permanent Secretary of Homeland Security, and no permanent UN Ambassador.

Diplomacy by the Numbers

More numbers to illustrate this precarious situation are 0, 10, 86, and 1.

1 is the number of times Article 5 of the NATO Charter (collective defense) has been employed. This was to the defense of the United States by all other NATO nations after the terrorist attacks of September 11th, 2001. Finally, 1 is the number of US presidents who have ever called into question the United States’ commitment to the same NATO Charter that sees an attack against one NATO member as an attack against all NATO members.

And then we fell in love, okay? No, really – he wrote me beautiful letters, and they’re great letters.”

The purpose of this second set of numbers is to illustrate the diplomatic dilemma faced by the United States. At a time when diplomacy is, arguably, more important than at any time in our nation’s history, or at least as important as it has ever been, we have a president that is unprecedentedly unsuited to such a challenge. This same President has done more than any other in US history to single-handedly dismantle all the mechanisms resident in the international order that could be brought to bear on this challenge.

Writing in The Washington Post, Nicholas Burns and Douglas Lute stated that the greatest threat to NATO “is the absence of strong, principled American presidential leadership for the first time in its history.” (“NATO’s biggest problem is President Trump“). While North Korea does not fall under the purview of NATO, the problem is the same. Our allies no longer trust us.

The rhetoric coming thus far from the US President, alternating between petulant schoolyard name-calling and fawning terms of endearment, is disconcerting. While Trump oscillates between issuing threats, cooing love talk, and legitimizing the North Korean regime more than any single world leader since Kim Il Sung, the situation is only growing worse.

The bottom line is that North Korean leader Kim Jong-un is continuing to develop his nuclear weapons capabilities while basking in the glow of international legitimacy that Trump enables with face-to-face summits.

Such meetings were long sought by all three members of the Kim Dynasty but were denied by US leaders, for good reason. Counter to claims from the White House, any president since Truman could have met with the North Korean leader. The North Koreans would have welcomed it. American presidents of the past simply had the requisite level of diplomatic and political savvy to realize it would be a mistake to do so.

A final number to consider is 36,914. This is the number of Americans who died opposing the North Korean regime during the Korean War. Remember that Kim Jong-un, like his father before him, is not a democratically elected leader. He is a despotic continuation of the same tyrannical dynasty started by Kim Il Sung in 1948. Kim Jong-un is responsible for the premeditated murder of countless of his own citizens, to include his own brother. And of Kim Jong-un, Donald J. Trump said proudly, “We fell in love.” Such an attitude is perfectly maladaptive to any outcome other than further encouraging North Korea’s bad behavior.

Before us are two Koreas – one an open, free, and an imperfect but fantastically successful democracy; the other, the most repressive, and dangerous, regime in the world today, an economic basket case. The United States faces three choices, two of which must be avoided at almost any cost.

The first choice, to accept a North Korea with the ability to employ nuclear-capable, intercontinental ballistic missiles, would give North Korea the ability to target not only all of America’s allies in the region but the US mainland itself with the most destructive weapons yet developed by mankind. North Korea has already detonated an atomic bomb with a yield as high as 30 kilotons. North Korea also continues to refine its missile technology. The Kim regime is getting precariously close to the ability to marry the two technologies of nuclear weapons and a global delivery mechanism. This is a situation we cannot accept under any circumstances. Option one is no option.

As bad as the threat of a nuclear-capable North Korea is, the reality of the second choice, a pre-emptive strike to topple the North Korean regime at best, or eliminate their nuclear capability at least, is far more problematic.

The revolution in military affairs that has allowed the United States to defeat most adversaries with a minimum of casualties (to both sides) is ideally suited to conflict in areas like Iraq. Our years of experience at places like the National Training Center and advanced weaponry that allows unprecedented standoff lethality has prepared us for combat in the open desert against conventional forces.

The realities of terrain, military capabilities, regional and global economics, and most importantly, populations are all very different on the Korean Peninsula than any the US has faced since World War II. Counter-intuitively, a second Korean War would be very different from the last Korean War due to the vastly different demographic and economic conditions in South Korea now versus 70 years ago. While the US easily defeated the conventional Iraqi forces, our challenge in dealing with the resulting insurgency are telling and reveal our inability to deal with non-conventional threats effectively.

The third option, diplomacy, must resolve this situation.

Yet, while vastly preferable, it remains problematic. This course of action requires a level of diplomatic and intellectual sophistication that the current US administration seems both incapable of and unwilling to effectively pursue. It is not an exaggeration to say that a failure of diplomacy in resolving the North Korea problem could, conceivably result in the greatest concentrated loss of human life and wealth in human history. Clichés aside, failure simply is not an option.

Unfortunately, the United States is not the world leader we need it to be at this critical moment.

[Edited by Anthony A. LoPresti ]

Tony Davis is a retired Military Intelligence Lieutenant Colonel and author of the book, God Loves You: Some Restrictions May Apply (and Many Other Christian Dilemmas). Follow him on Instagram and Twitter @TonyOBDavis 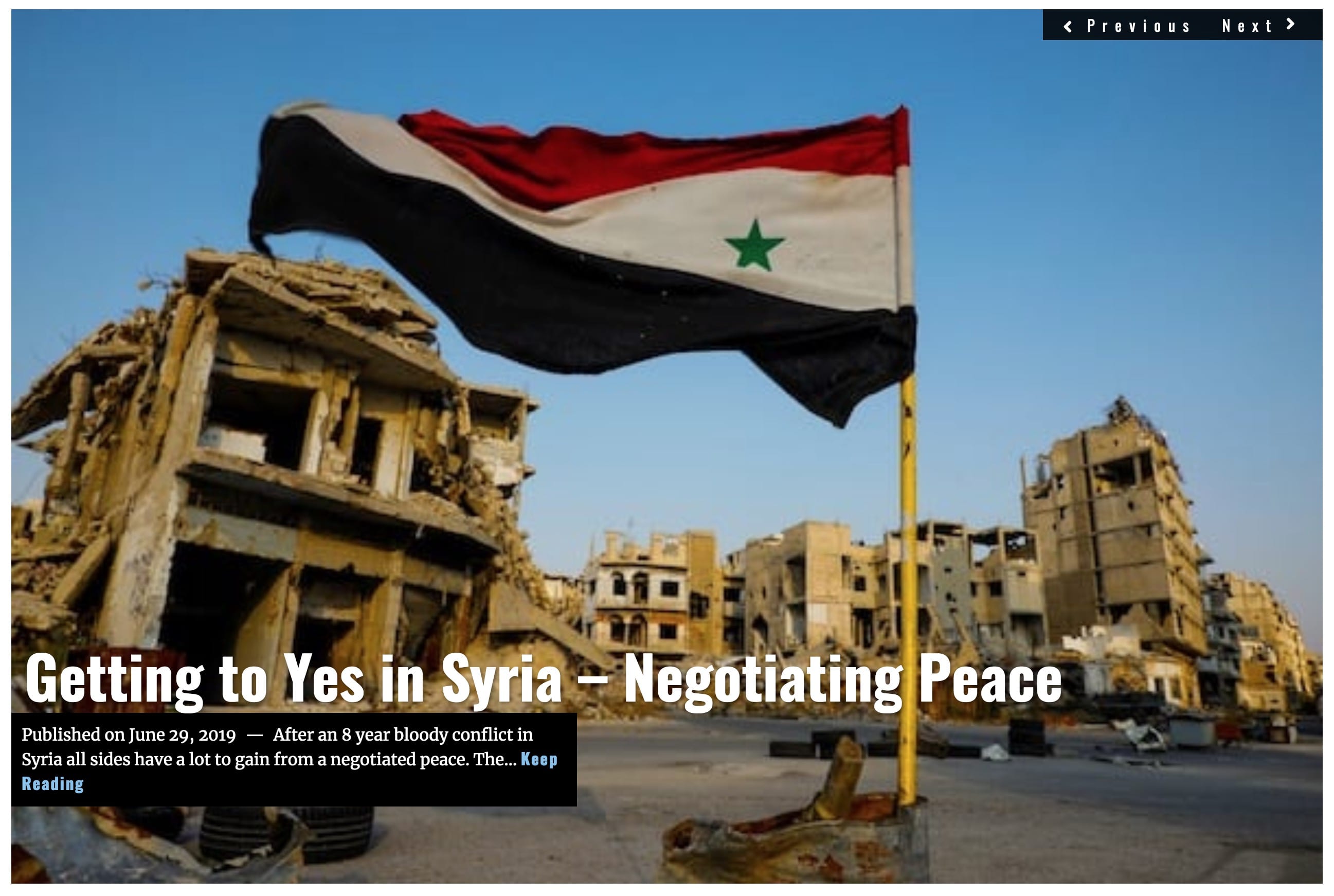 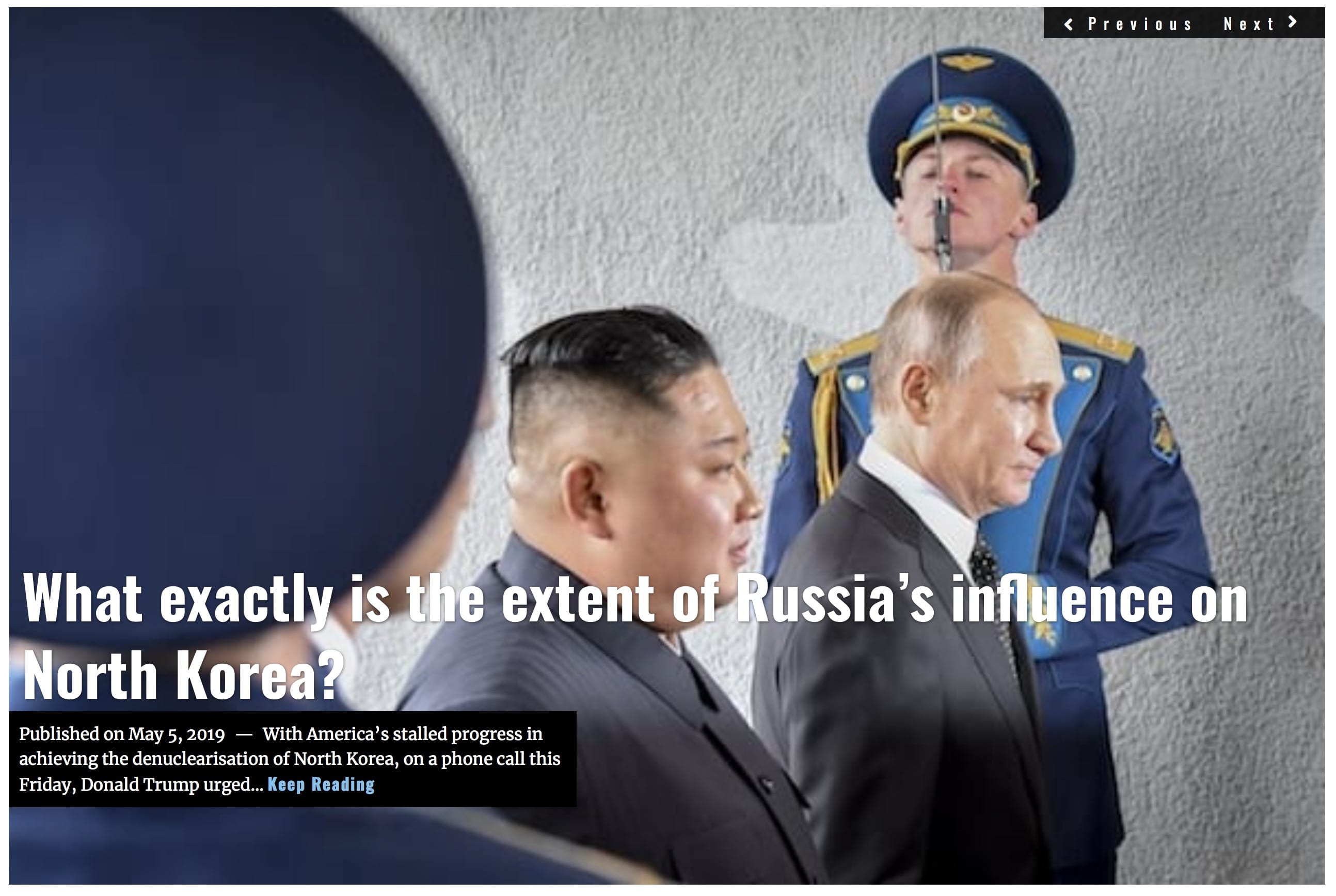 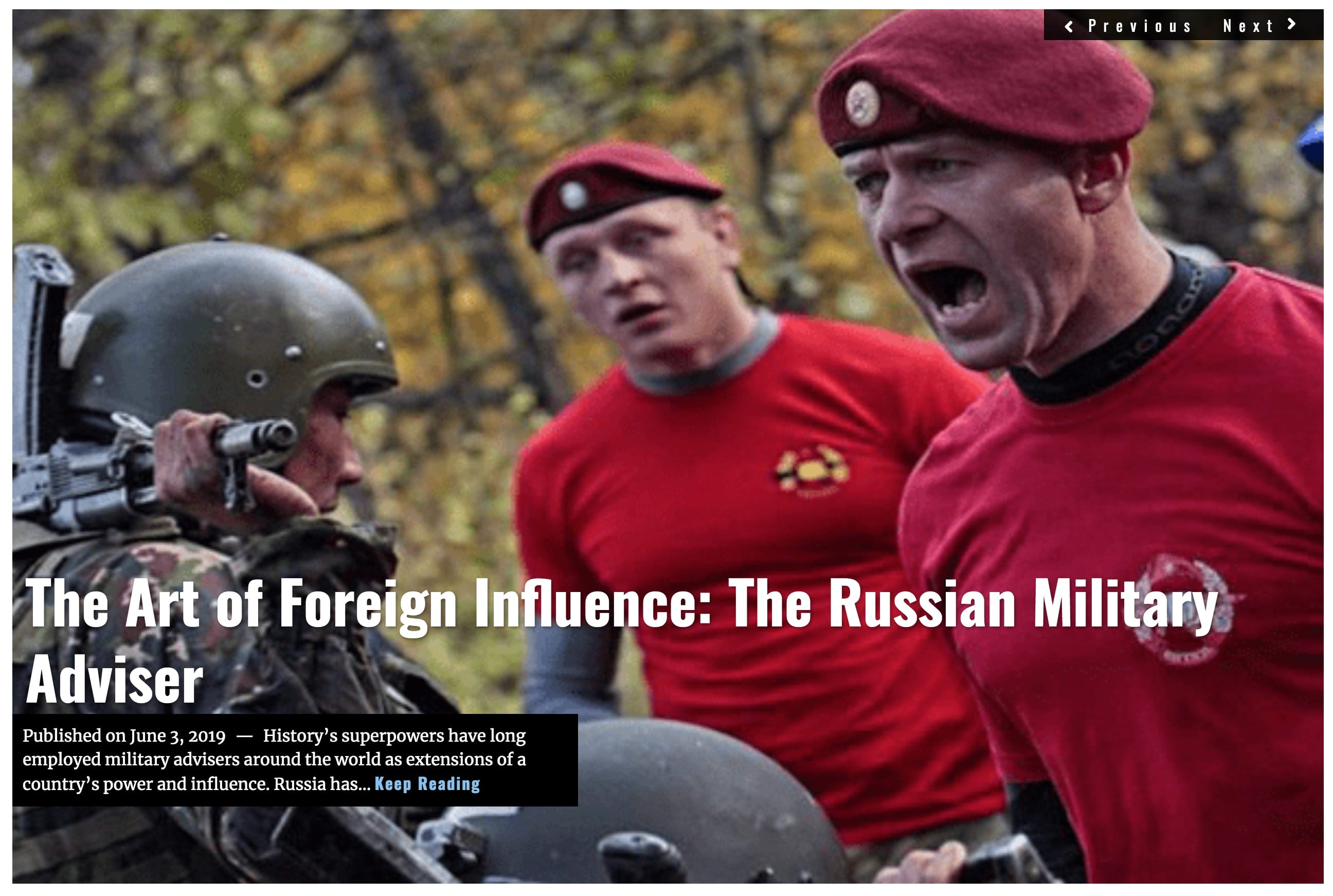