The Iran Nuclear Deal, also known as the Joint Comprehensive Plan of Action (JCPOA), is the best policy option to ensure Tehran does not acquire the most dangerous weapons. If the current administration moves forward with plans to “decertify” the deal, this will be a huge blow for global peace and security.

The Iran Nuclear Deal is known to be an imperfect and a narrow agreement, but it is the best option that we have in place to cease the build-up of Iran’s nuclear program. A majority of the international community is in favor of keeping the deal, including the United Nations and the European Union. Even most of President Trump’s key military advisors—including Secretary of Defense Mattis and JCS Chairman General Dunford—support the deal.

They support the deal, not for the sake of politics, but because it’s working. Both the International Atomic Energy Agency and U.S. intelligence community have verified that Iran is compliant with the deal and not attempting to build a nuclear weapon. Additionally, more than 80 leading U.S. nuclear non-proliferation experts issued a press release reaffirming their support for the deal. According to the Arms Control Association’s press release, the Iran Nuclear Deal has seen 17,000 centrifuges and 95 percent of Iran’s highly enriched uranium stockpile removed and Iran’s only plutonium reactor disabled.

The Iran deal is terrible. Why didn't we get the uranium stockpile – it was sent to Russia. #SOTU

It makes no sense to rescind the Iran Nuclear Deal not only because it is working, but also because there is no better alternative. Time and again, opponents of the Iran Nuclear Deal criticizes its terms but fail to provide a better alternative. They argue that the deal further destabilizes the region because it enables Tehran to sponsor terrorist-affiliated groups like Hezbollah, Al-Houthis, and Shia militias in Iraq and Syria, but we have learned in the past that long-term economic sanctions cannot halt all of what Iran sees as its foreign policy. Beyond that, a military option would likely cause Iran to rush for a nuclear weapon; and besides, we can’t bomb away Iran’s understanding of nuclear science.

.@POTUS seems to think that saying "Stop the World! I want to get off" is a legitimate foreign policy. It is not. #IranDeal #ParisAgreement

So, in spite of the strong domestic and international consensus and lacking a better alternative, why would President Trump want to rescind the deal? Primarily, the deal is part of the President Obama legacy—the overall reversal of which has been a top priority for the new president. Also, key allies like Israel, Saudi Arabia, and Jordan are not in favor of the deal. Recently, the world witnessed Trump’s support for these key allies of his during his speech at the United Nations General Assembly. When Trump reiterated that the deal was one of the worst in American history, it was hard not to notice the huge smile on Israeli Prime Minister Benjamin Netanyahu’s face.

What may come of the Trump Administration’s plans to “decertify” the deal this week? The irreversible decision may cause Iran to return to building their nuclear program unchecked, eventually setting up further nuclear proliferation in the region. This is dangerous in a volatile region where we have a considerable number of American troops and diplomats serving. Beyond that, if the United States walks away from the Iran Nuclear Deal we would discredit any possible future agreement with North Korea. Our options are already limited with Pyongyang—who learned their lesson based on what happened to Saddam Hussein and Muammar Qaddafi—but if we are to shoot for any deal curbing their nuclear deterrent, why would they negotiate with a party who walks away from agreements? Lastly, derailing the deal would further push Tehran to be more aggressive with their missile testing and other destabilizing behavior from Lebanon to Afghanistan.

The Iran Nuclear Deal is imperfect, but it is working: inspectors from the international community and U.S. intelligence and military leaders know it is preventing a nuclear bomb from being built in Tehran. President Trump needs to stick with the deal this week and find new ways to curb Iran’s dangerous foreign policy without tearing down the progress we’ve already made. 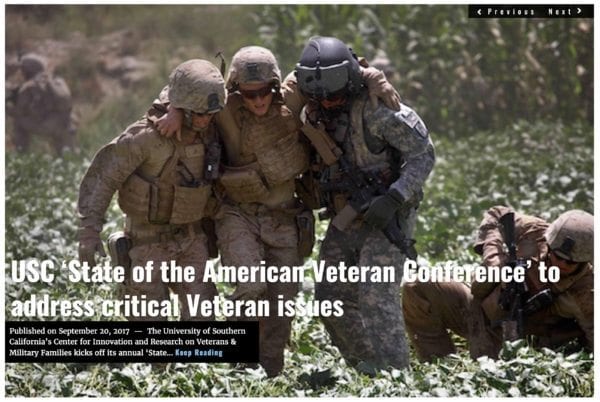