September 11 is the defining event of the last two decades. It was a day of incredible tragedy, of courageous heroism, and it has defined American politics in ways large and small. It showed us how vulnerable we were as a nation, but also how resilient we are. It inspired a generation of young men and women to join the uniformed services in the midst of a military buildup that will have lasting international and domestic effects.

The events of that day do not seem on the surface to be great source material for an inspirational Broadway musical, yet Come From Away (nominated for 7 Tony awards, including Best Musical) is just that.

Anyone over the age of 21 or so can tell you exactly where they were and what they were doing on that Tuesday morning. Around 7,000 people were on transatlantic flights bound for America when the FAA closed U.S. airspace. 38 of those flights were ordered to land at Gander, Newfoundland, a small town of 9,000 people that used to be the last refueling stop before heading to Europe prior to the jet age. Come From Away tells the story of those passengers and flight crew and the locals who hosted them for five days until U.S. airspace reopened.

The musical doesn’t shy away from events of that day, or the negative repercussions. We relive the four plane crashes through the casts’ reactions while watching the news, in a detached yet still emotionally powerful way.

There is the fear people have of not knowing what is going on, the suspicion held towards an Arabic-speaking Egyptian Muslim, the worry of the mother of a New York fireman who can’t get in touch with her son. But the focus is on how people came together on that day; how the locals offered everything they had, and how the travelers banded together to get each other through the days. And how it provided an opportunity for all of us who survived that day to re-evaluate our lives.

Irene Sankoff and David Hein (twice Tony-nominated for this show) have written the book, music, and lyrics together based on interviews they conducted during the tenth anniversary reunion held in Gander in 2011. A brilliant ensemble each play a number of roles, locals and visitors alike, many of them actual people. They create dozens of believable characters, deftly switching between accents and mannerisms, and bring the audience to tears and to laughter in equal measures.

Jenn Colella (Best Performance by an Actress in a Featured Role in a Musical Tony nominee) bears the show’s emotional heart in “Me and the Sky,” where she shares Beverly Bass’ story of a young girl who dreamed of flying, became the youngest female captain in U.S. commercial airline history, and now is heartbroken that the thing she loves has become a weapon of terror. Later she tells about how she stopped anyone she saw in an airport in the following weeks and thanked them for continuing to fly. 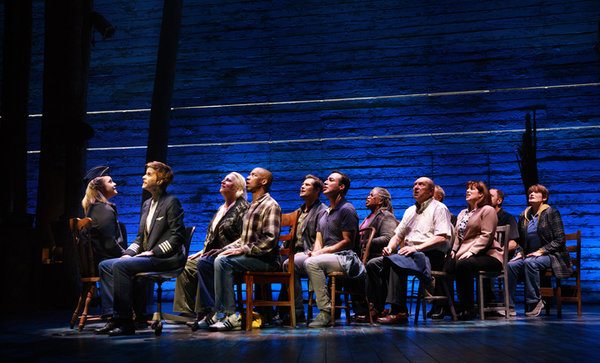 Christopher Ashley (Tony winner, Best Director of a Musical) delivers the story in one act, not allowing the audience a chance to catch their breath or pull themselves out of the action. The atmosphere is almost as if we are all held captive by the most generous of Newfoundland hosts for the two plus hours. A minimalist set of trees and chairs allow the cast to create spaces as necessary, aided only by Howell Binkley’s Tony-nominated lighting design. They work together in seamless group-work including Kelly Devine’s Tony-nominated choreography.

Come From Away will take you back to that fateful day, it will fill you with grief, with rage, with regret along the way. But it will also fill you with hope and joy, and leaves the audience on its feet in a spirited finale.

Come From Away is playing an open-ended run at the Gerald Schoenfeld Theatre in New York. 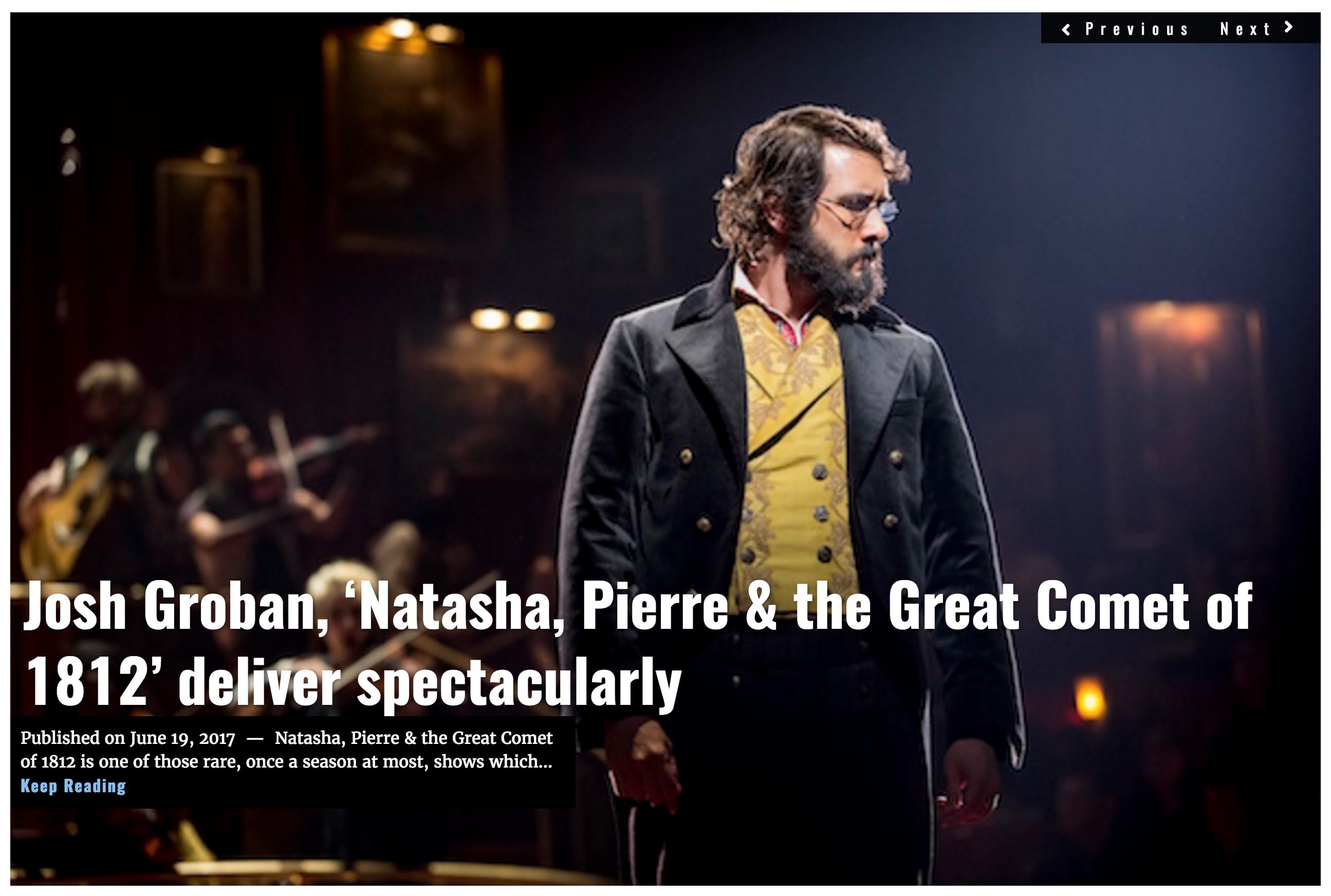