Bullet Catchers, a play currently in its first run in New York City, examines what life will be like in the not-to-distant future, once women are integrated into combat positions in the U.S. military. The play takes its name from a term for those serving in the infantry, a military career field that has historically been closed to women. It tells the story of several women who are among the first to serve in a combat unit at a forward operating base (or FOB), including the first woman named commander of a FOB. Bullet Catchers follows the characters from training to deployment, and examines how their integration impacts the men and women in the unit. 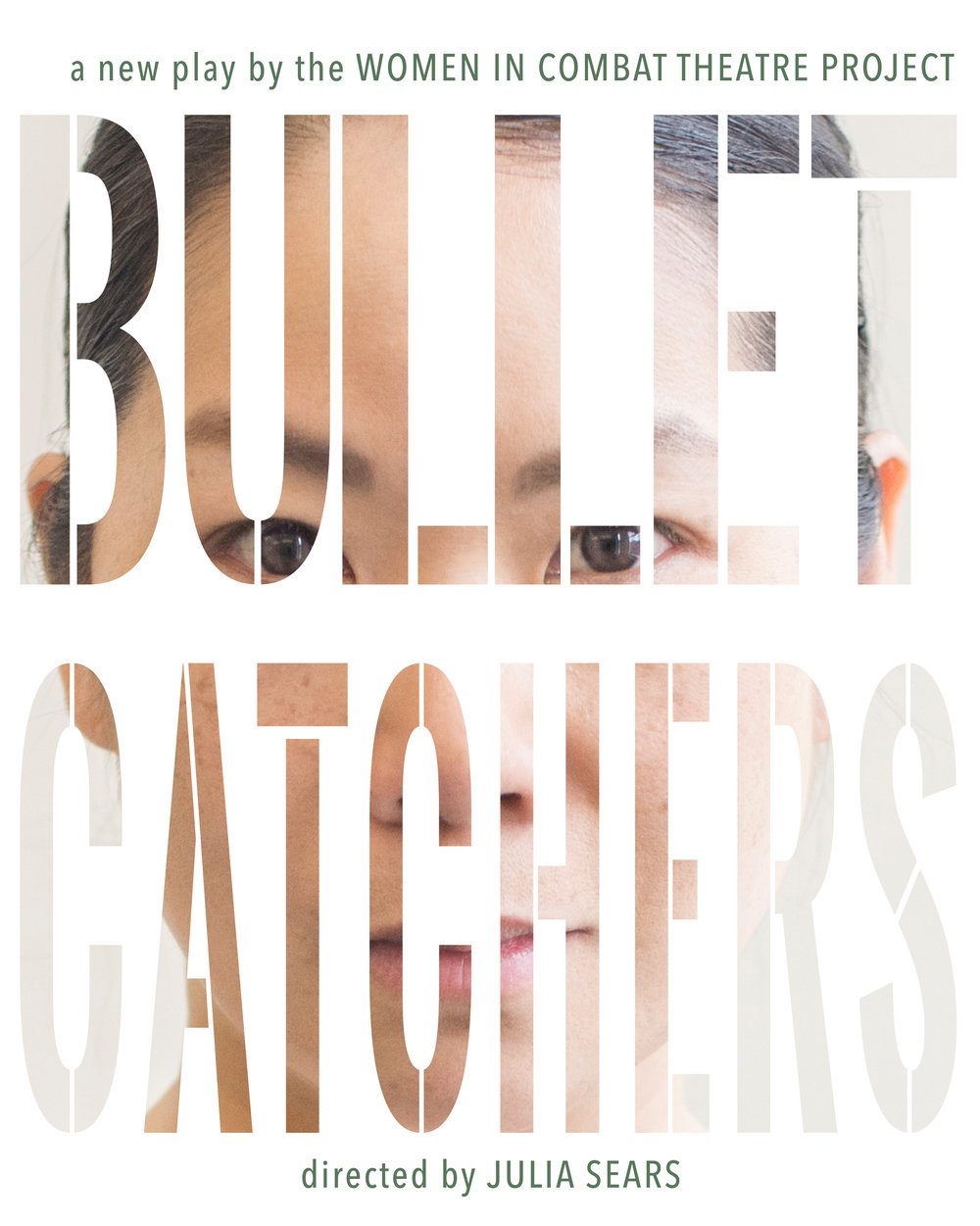 There are women in this play who have waited their whole careers for this opportunity and others who are young enough to see the assignment as a normal opportunity available to any of their peers.  One woman in particular is unsure if she is cut out for the mission, and another sees it as just another deployment, and time she will be away from her family.

The actors depict the whole spectrum of training and deployment; periods of intensity and periods of boredom, mission successes and mission failures; and personal connections back home under strain.  For the most part, the new deployment is much like the old deployments, only there is a lot more scrutiny on every decision. Any failure by a female soldier is likely to be seen as failure of female soldiers writ large.

The narrative is paired with a mythical story of the daughter of the god of war, who has been looking for a female champion for millennia.  It also uses dance, song, and poetry to tell the story of these women.

One dance in particular works as a montage of a female NCO’s military history, from green recruit struggling with basic training requirements, to mastery of her combat and fitness skills, to the emotional toll of putting that training to use in a real world scenario. At times the actors wear masks and speak as a chorus of naysayers doubting the effectiveness of female integration.

The play is perhaps most powerful when miming missions outside the fence of the FOB, often with little dialogue.

The production was created by Maggie Moore and Julia Sears (who also directs), but is written collectively by them and the cast of eight actors who include three veterans.  The script is influenced partially by those veterans and Moore’s experience at the Truman National Security Project and the advocacy group No Exceptions, which she created to fight for full inclusion of women in combat roles. It is also based on interviews conducted with male and female veterans from the last fifty years, addressing concerns about training standards, unit cohesion, and fraternization along the way.

The inclusion of veterans certainly is responsible for how realistic the piece feels when it comes to how the soldiers interact with each other and carry themselves. There is minimal staging, but the story is so engrossing that more design would distract from the actors. My one complaint is the sound design hasn’t quite figured out how to deal with the acoustics of the hall, and when multiple people are talking.

On the whole, Bullet Catchers is an intimate and engaging piece of theater, enthusiastically enjoyed by its opening night audience. It provided veterans and civilians in attendance with a lot to consider, and in the end asks to give the women in combat time to adjust; let women have the time they need to train for missions, and to judge the success or failure of the program on more than the initial outings.

Bullet Catchers is at the Judson Memorial Church in New York City from July 20th to August 5th. Tickets are $20 at www.bulletcatcherstheplay.com/tickets. Veterans and active military members can receive discounted rates by emailing bulletcatchersboxoffice@gmail.com. 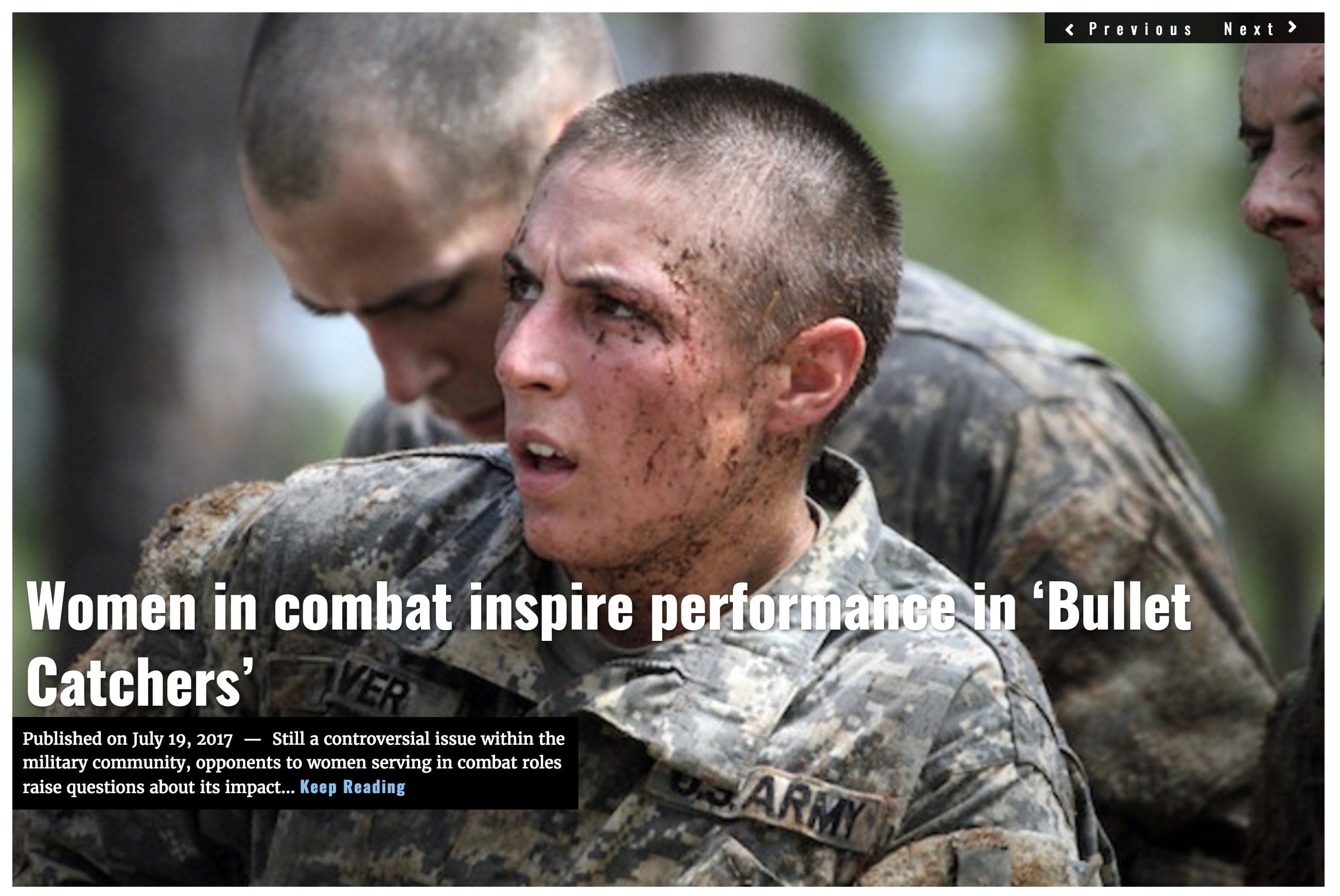