On July 12, the United Nation’s Permanent Court of Arbitration at The Hague (PCA) is set to hand down a long-awaited landmark ruling in a dispute between the Philippines and China over the South China Sea. In 2013, the Philippines filed a complaint against China after China took control of a reef just 140 miles off the Philippine coast. It charged that China violated international law by infringing on fishing rights, by placing the marine environment in danger, and endangering vessels.

The Philippines did not stop there. It requested that the international tribunal reject China’s claim to sovereignty over waters within an area known as the “nine-dash line”— a stretch of ocean the size of Mexico that officially appeared on Chinese maps beginning in 1974. Within this line is most of the South China Sea, a strategic key to shipping and maritime trade given its wealth of natural resources and possible oil deposits. The South China Sea witnesses the flow of one-third of all maritime traffic in the world, including almost half of the world’s merchant fleet with more than 5 trillion in trade passing through the region each year. Almost 60% of Taiwan’s and Japan’s—and 80% of China’s—crude oil imports sail through the Sea. 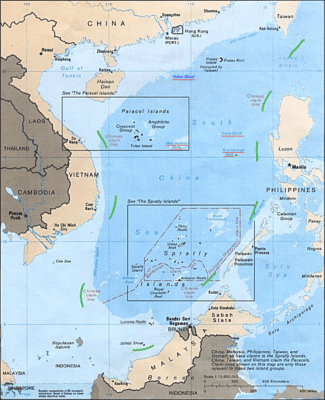 With China laying claim to this region—butting heads with Brunei, Malaysia, Taiwan, Vietnam, and the Philippines—one of the world’s most militarized regions is growing increasingly volatile. The US could ultimately be drawn in to support its allies and guard its interests in the region.

Tomorrow’s ruling will be the first time any legal challenge has been brought in the history of this dispute over the world’s biggest potential flashpoint—the South China Sea.

The People’s Republic of China has already unilaterally rejected any ruling by the PCA. The Chinese claim any decision would violate their country’s sovereignty and that the PCA has no jurisdiction to resolve this issue. Reuters reported that Dai Bingguo, Beijing’s Former State Councillor in 2013, dismissed the court ruling—days before its set release—as “nothing more than a piece of paper,” adding that there is an “urgent priority” to stop the case. Regardless of whether the PCA ruling is binding, the tribunal in fact has no authority to enforce it.

Beijing has also taken the opportunity to direct its displeasure for the tribunal towards the United States, blaming the US for stirring up trouble. Chinese Foreign Minister Wang Yi, who spoke to US Secretary of State John Kerry said the US should stick to its promises not to take sides in the dispute, according to Reuters. Last Tuesday, the official newspaper of the Chinese Communist Party, the Global Times, ran a full page editorial warning the US of further provocation, stating:

As the result of the international arbitration over the South China Sea dispute approaches, China is undertaking a military drill from July 5 to 11 in the waters around the Xisha Islands. […]

The South China Sea dispute has been greatly complicated after heavy US intervention. Now an international tribunal has also been included, posing more threat to the integrity of China’s maritime and territorial sovereignty.

Regardless of the principle that the UN Convention on the Law of the Sea (UNCLOS) shall not arbitrate on territorial disputes, the arbitration becomes nothing but a farce. But the US could use it to impose more pressure on China, causing more tensions in the South China Sea.

Washington has deployed two carrier battle groups around the South China Sea, and it wants to send a signal by flexing its muscles: As the biggest powerhouse in the region, it awaits China’s obedience.

China should speed up building its military capabilities of strategic deterrence. Even though China cannot keep up with the US militarily in the short-term, it should be able to let the US pay a cost it cannot stand if it intervenes in the South China Sea dispute by force.

China is a peace-loving country and deals with foreign relations with discretion, but it won’t flinch if the US and its small clique keep encroaching on its interests on its doorstep.

China hopes disputes can be resolved by talks, but it must be prepared for any military confrontation. This is common sense in international relations.

The South China Sea has become a crowded dance floor with many stakeholders.
The potential for miscalculation is running high.

The PCA’s ruling will have a profound effect not only on China’s territorial claims but on that of several other countries—Brunei, Malaysia, Taiwan, and Vietnam—with similar stakes in parts of the South China Sea.

The Philippines, after years of failed diplomacy with China, argued that China’s occupation and conversion of features into artificial islands violates the United Nations Convention on the Law of the Sea, and that sovereignty over artificial islands can only be exercised by a coastal state in its Exclusive Economic Zone (EEZ). The Philippines argued that Scarborough Shoal, Johnson Reef, Fiery Cross Reef and Cuarteron Reef—the areas in dispute—are within the Philippines’ EEZ. 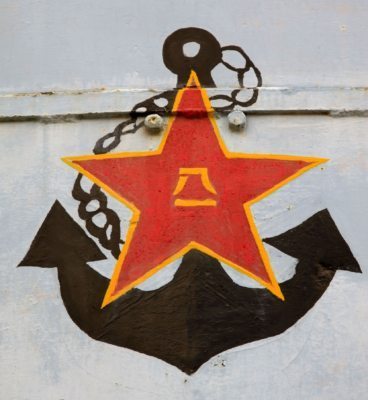 In 1947, China—under the rule of the KMT party—made territorial claims over the majority of the South China Sea. The KMT drew up what is called “the eleven-dash line” which encompassed all of the South China Sea including the Pratas Islands, the Macclesfield Bank, and the Paracel and Spratly Islands. A few years after the Chinese Communist Party’s victory over the KMT, the Nationalist Party was forced to retreat to the island of Taiwan. This, in effect, redrew the KMT’s eleven-dash line to form “The nine-dash line” which China claims today. The only difference between the two is that the nine-dash line doesn’t include all of the Gulf of Tonkin.

Since Beijing views the Republic of China, commonly known as Taiwan, as a renegade province and not a sovereign nation, any claims of territorial sovereignty made by the KMT are automatically Beijing’s territory. Beijing has publicly stated that it will one day reunite with Taiwan either by peaceful means or by force. Beijing believes it is reclaiming what is rightfully theirs, an area they had just temporarily given up. Therefore, as they contend, it has a legitimate right to claim the South China Sea.

But the dispute centers on more than just a physical reclamation of sovereign territory. Here, the role of economics is a key factor. Roughly 5.3 trillion dollars in trade pass through the South China Sea each year. Further, China has significantly increased its energy needs and projection of power in the region—new ground compared to its rocky outcrops and atolls that marked its past. There is an estimated 11 billion barrels of oil and 190 trillion cubic feet of natural gas in the region, all of which is largely untapped. For a nation like China, with energy security issues, the South China Sea is worth its weight in gold.

China is a peace-loving country and deals with foreign relations with discretion, but it won’t flinch if the US and its small clique keep encroaching on its interests on its doorstep.
– Global Times Op-Ed

In recent years, Beijing has launched an ambitious program of artificial island-building in the South China Sea for what it deems “peaceful purposes.” However, it is hard to overlook the construction of airstrips, missile batteries, and radar arrays as peaceful.

Last Tuesday, Beijing kicked off a series of military exercises in the South China Sea with more than 100 ships. The exercises, expected to end on the 11th of July, one day before The Hague’s ruling, come on the heels of a joint US-Thai Naval exercise that focused on anti-submarine warfare and maritime domain awareness. The Royal Thai Navy drew praise from top US commanders.

In all fairness to Beijing, China did not initiate land grabs or even militarization of the South China Sea. In fact, in 1956, Taiwan garrisoned hundreds of troops on Taiping (Itu Aba), the largest island in the Spratly Island group. Today, the island is now a permanent encampment for Taiwan’s forces. 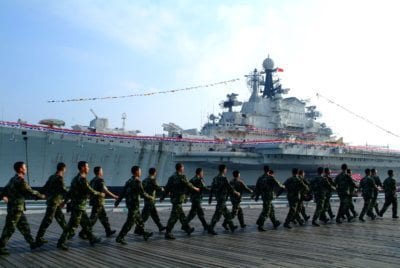 However, in 1975, China was the first nation to go to war over these disputed waters in the Battle of The Paracel Islands, when China took control of the islands from Vietnam. Both sides incurred more than 30 causalities in the fighting. From that moment on, China and Vietnam would fight a series of skirmishes as both nations jockeyed for control over the region still pressing for territorial claims.

Vietnam and China however, were not the only nations to clash over the disputed waters. Malaysia, Indonesia, the Philippines and Taiwan would also try to exert their territorial claims. From the 1980’s to the 2000’s, the South China Sea became a very dangerous place, with all of these nations at various times trying to intimidate one another through acts of violence and interference in the course of opposing vessels.

Even the US military—which claims to operate in those waters under the “Freedom of Navigation Act”—has had several incidents with the Chinese military. The first happened in 2001 when a US Navy EP-3E aircraft and a Chinese J-8 fighter aircraft collided in midair. The Chinese pilot was killed and the EP-3E was forced to make an emergency landing on Hainan Island. The second incident happened in June of 2009, when a People’s Liberation Army Navy Submarine, shadowing the USS John S. McCain, collided and damaged the ship’s sonar equipment.

Beijing purports that over 60 nations support China’s claim to the South China Sea, although only eight nations have come forward publicly in support. These include Afghanistan, Gambia, Kenya, Niger, Sudan, Togo, Vanuatu and Lesotho, four of which are landlocked, with the remaining four hardly having a navy, let alone a blue water navy. These nations have also received millions of dollars in loans and contributions from Beijing, leaving Beijing’s image on tenuous grounds in the eyes of the international press and community.

The South China Sea has become a crowded dance floor with many stakeholders. The potential for miscalculation is running high. With the days of China’s peaceful rise to power long gone, Beijing is now trying to restore its former glory as a superpower and is demanding unilateral respect. It would rather make up its own rules than play by the existing ones, as it flexes its muscles both economically and militarily around the globe.

The upcoming ruling at The Hague cannot be understated, no matter the outcome. Although China’s reaction to the tribunal stands at odds with world peace, all stakeholders must come together to engage China in order to diplomatically resolve the dispute and avoid an all-out military showdown. If not, the likelihood of a miscalculation between Beijing and the other stakeholders could potentially engulf the region in conflict, with global reverberation.

After receiving a degree in Asian Studies from SUNY Purchase, Raymond Pagnucco moved to Beijing, China to attend Beijing Sports University and Beijing Language and Culture University. There he began his career in television and has since worked as a cameraman, field producer and editor on various shows, including South Asian news channel Samaa Television, Fuji TV Network and Feature Story News, where he shot and edited for Channel News Asia and China Central Television-America. Raymond has contributed to Vice News, writing about Myanmar’s politics, the national ceasefire negotiations and ethnic armed groups. Raymond is currently based in Chiang Mai, Thailand.