Two years ago Turkey’s President survived the attempted coup d’etat enabling what is now a country ruled by one man. The demise of Turkey’s democracy would come on a bridge of martyrs.

Listening to the proverbial man-on-the-street’s description of events, one cannot help but be reminded of how most Americans describe the events of the September 11th, 2001 terrorist attacks on the World Trade Center and the Pentagon.

Turkish civilians miles around the epicentre of events tell stories of how they scurried towards grocery stores desperately seeking emergency provisions, not quite knowing what was happening. Many recall the bombastic soundtrack of massive explosions that could be heard in the background. These explosions, later on, would be proven to have been mostly harmless sonic bombs, detonated with the intent of keeping people off the streets.

Amid the chaos, local TV stations broadcast live images of flames erupting from Ankara’s city hall, where volleys of gunshots could be heard. In a vacuum devoid of reliable information, the common man only had history to fall back on – a history of military coup d’etats and totalitarian rule.

Soon, a choppy Facetime live video broadcast would emerge. The Turkish President, strained and weary, yet bearing a complete grasp of the situation, called upon his supporters to take to the streets. He urged citizens to protect the fragile child that was Turkey’s democracy, to protect him from those that were now hunting him.

Hundreds were joined by thousands, many merely curious and wanting to be part of history being written, many taking to the streets in support of their government. Most believed that their military, a beloved Turkish institution, would never open fire upon its own citizens.

To the shock and horror of all, gunships opened fire indiscriminately against man and woman alike on the bridge of Bosphorus.

Throughout social media, Turks in every corner of the world witnessed in real-time their fellow citizens being fired upon by their brothers in uniform. War had erupted on the streets of Ankara and Istanbul, and it mattered little what flag or creed those fired upon adhered to.

Much like witnesses of the September 11th attacks, all that witnessed the events unfolding before their eyes, either in person or through the screens of their smartphones, felt as though they were seeing the very fabric of Turkish society being torn asunder. At least 270 people died with more than 2,185 wounded on that night. Most of the casualties occurred on the Bosphorus bridge.

The events on the evening of July 15th changed everything in Turkey.

This is Not My Turkey

On July 15th, 2018, the Bosphorus bridge officially changed its name. It is now known as the 15 Temmuz Şehitler Köprüsü, or 15 July Martyrs Bridge. It stands in honour of those civilians that took to the streets to march towards the fire, for their country and president.

This tactically essential bridge is one of three such suspension bridges spanning the Bosphorus Strait in Istanbul, connecting the European continent city of Ortaköy and the Asian continent city of Beylerbeyi, thus connecting Europe with Asia. The name change is not just a symbolic remembrance of the coup and those that died fighting for their ideals. In many ways, the name change is a goalpost for Erdogan, and what is called the New Turkey, or Erdogan’s Turkey: a new nation where all power is concentrated under a single man.

Erdogan’s Turkey is a nation that modern day Turkey’s founder, Mustafa Kemal Atatürk, would probably not recognise. Based on his private journals, it is clear that while Atatürk’s authoritarian streak ran deep, ultimately he was a firm believer in the importance of a sovereign state that would outlive him and any singular leader. Atatürk knew full well what absolute power meant. Absolute corruption. He had seen it, and its resulting decadence in the cosmopolitan lifestyle of politicians and cronies alike in Constantinople and its Ottoman heritage.

To ensure that this corruption and decadence would never happen again, Atatürk not only wrote a representative constitution that would safeguard against singular power centres, he even moved the capital. Constantinople, which he saw as corrupt from the bottom up, lost its position as capital to the relatively small town of Ankara. The goal was to create a “direct government by the Assembly,” a concept dating back to the town-level representative democratic concepts of ancient Greece. As part of this, a strong parliament, the National Parliament, with robust sovereignty was critical.

Just days after the July 15th coup d’etat attempt, Erdogan declared a state of emergency, granting immense additional powers to the executive branch. This is, in and of itself, not an uncommon practice and is often prudent during turbulent times when the loyalty of the armed forces, possibly even the civilian security forces, is in question. The enactment of a state of emergency is downright agreeable, under the circumstances that Erdogan faced.

What is rarer, and less agreeable, is a state of emergency that lasted for more than two years, was extended seven times, and which “ended” only this week, in many ways in name alone.

Even less agreeable, and a significant indicator of the intents and ambitions of the Turkish president, is how in the first months at least 160,000 people lost their jobs, and tens of thousands were arrested and detained under dubious circumstances.

The subsequent government investigation into the coup resulted in a report that unequivocally concluded that the already exiled-in-the-United States preacher Fethullah Gülen, and his followers, had orchestrated the coup. Gülen is the founder of a movement carrying his name, also known as the Hizmet or “service” in Turkish, with between 3 to 6 million strong supporters in Turkey. The movement is a secular Islamic social movement, and has come to be a gathering point for individuals critical of Erdogan and his affiliation with more extreme fringe elements within the Muslim community.

A Presidential Purge Across the Board

With the 2016 attempted coup, the Gülen-movement has ostensibly become outlawed in a shadow “off the books” like fashion. Anyone whose children attended Gülen-affiliated schools, had money in Gülen-affiliated banks, or is known to have read books written by Gülen or his adherers, have in recent years risked imprisonment.

Yet, the de facto purge has not been limited to those affiliated with the movement. Anyone seen as belonging to the opposition against the president is also targeted.

In the days that followed July 15th, times were tense. Terrorist attacks, armed conflicts between police, military and opposition groups reverberated throughout the country, particularly in the border areas. Many feared the purge and sought protection by informing on others or carrying out favours to Erdogan affiliated politicians and businessmen.

Meanwhile, Erdogan moved with expedience to change Turkey’s constitution to his favour. On April 16th, 2017 a referendum was held. The result? A slight majority of Turkish citizens, mainly from rural areas historically favoured by Erdogan which prefer a particular flavour of political Islam with strong nationalistic tendencies, would effectively neutralise the already weakened Turkish democratic foundation.

The referendum castrated parliament, it ultimately abolished the office of prime minister, and it gave the president’s office near permanent powers previously only available under a state of emergency.

To further ingrain himself with the more sternly political Islamist groups that have become his power base, Erdogan toughened his tone towards Europe and the United States. Relations worsened significantly.

This approach has come at a significant cost to the Turkish economy. Erdogan has also opted to strengthen ties with Russia and Iran. The support from both of these countries has been essential to Erdogan’s military offensive against the Kurdish enclaves inside of Syria. China has also seen a more friendly tone from Turkey.

Many countries, mainly former Soviet Union satellite states, but also a fair number of European nations with strong trade ties to Turkey, have followed Erdogan’s recommendation to close any institutions affiliated with the Gülen movement. Denmark and Spain have also carried out the wishes of the Turks, on behalf of Erdogan’s government.

On July 14th, a 58-year old Turkish citizen affiliated with the Kurdish Workers’ Party (PKK) was arrested inside of the international zone of Copenhagen airport while traveling to Frankfurt, from Istanbul via Copenhagen. The arrest was based on a Turkish arrest warrant entered into the INTERPOL system, and red-flagged by Turkish security services. It appears to be largely based on political grounds. “The Turkish authorities believe him to be involved with terrorist activities,” said Mikkel Thastum, the Danish prosecution spokesperson. The man will remain in custody until the 27th of July, when a Danish court will decide if the charges against the suspect merit extradition to Turkey.

On the same day, in Spain at Barcelona airport, another man was arrested accused of being affiliated with the Kurdish Revolutionary People’s Liberation Front (DHKP-C) on similar grounds.

With many nations now bowing before the recommendations of the Turkish President, and Russia as well as Iran playing lip service to the greatness that is Erdogan, many of his supporters believe that the resurrection of the Ottoman Empire is at hand and that those that died on July 15th died martyrs for this cause. 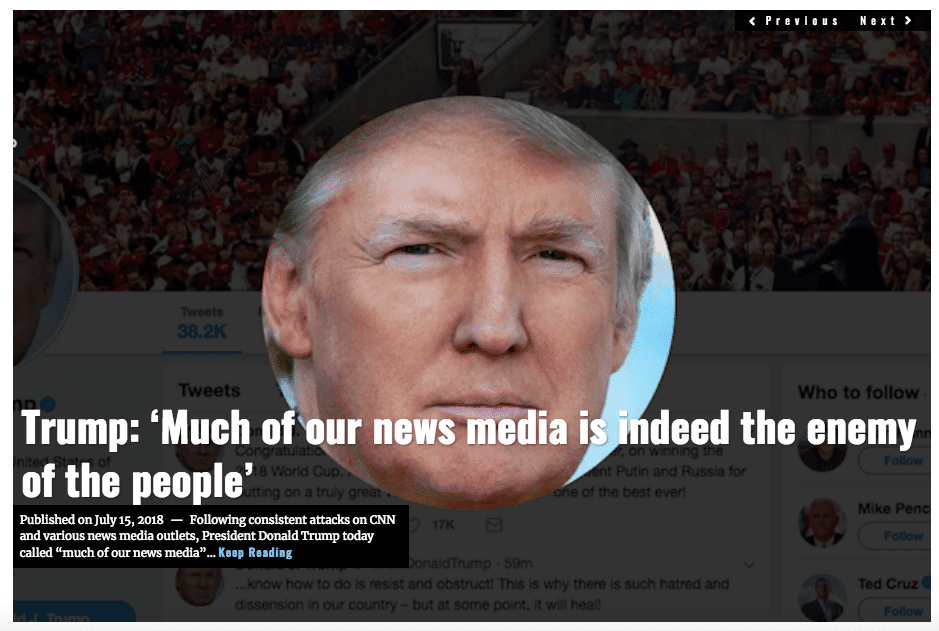 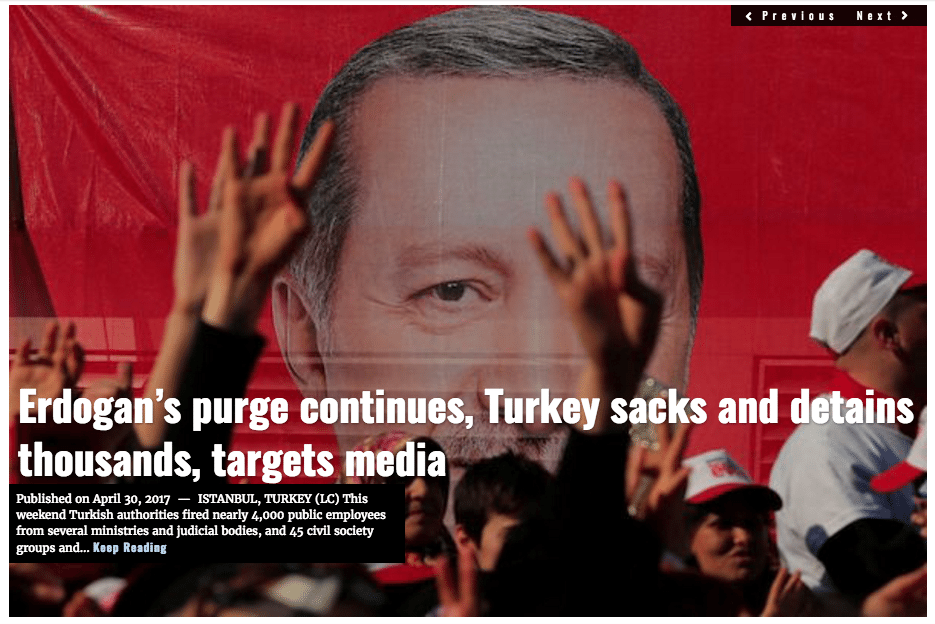 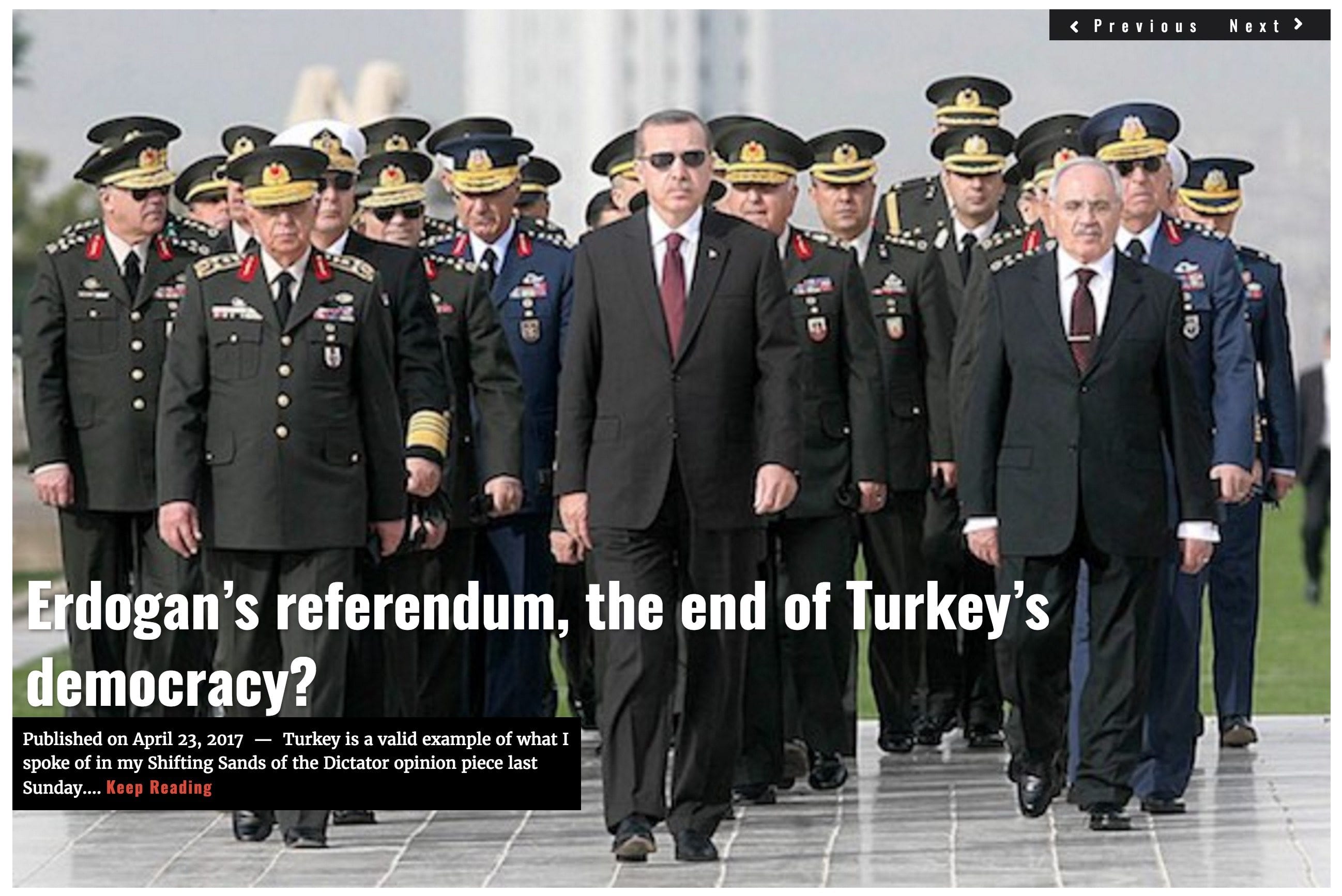