March and April are great times to visit the theater in New York. Any Broadway production that wants to be eligible for this year’s Tony Awards must open by April 27th, so new productions are starting at theaters up and down the Great White Way.

But Broadway tickets aren’t cheap, with most shows selling seats up to $250 a pop ($850 for Hamilton).  Not to worry, there are plenty of ways to find affordable tickets here in New York City. 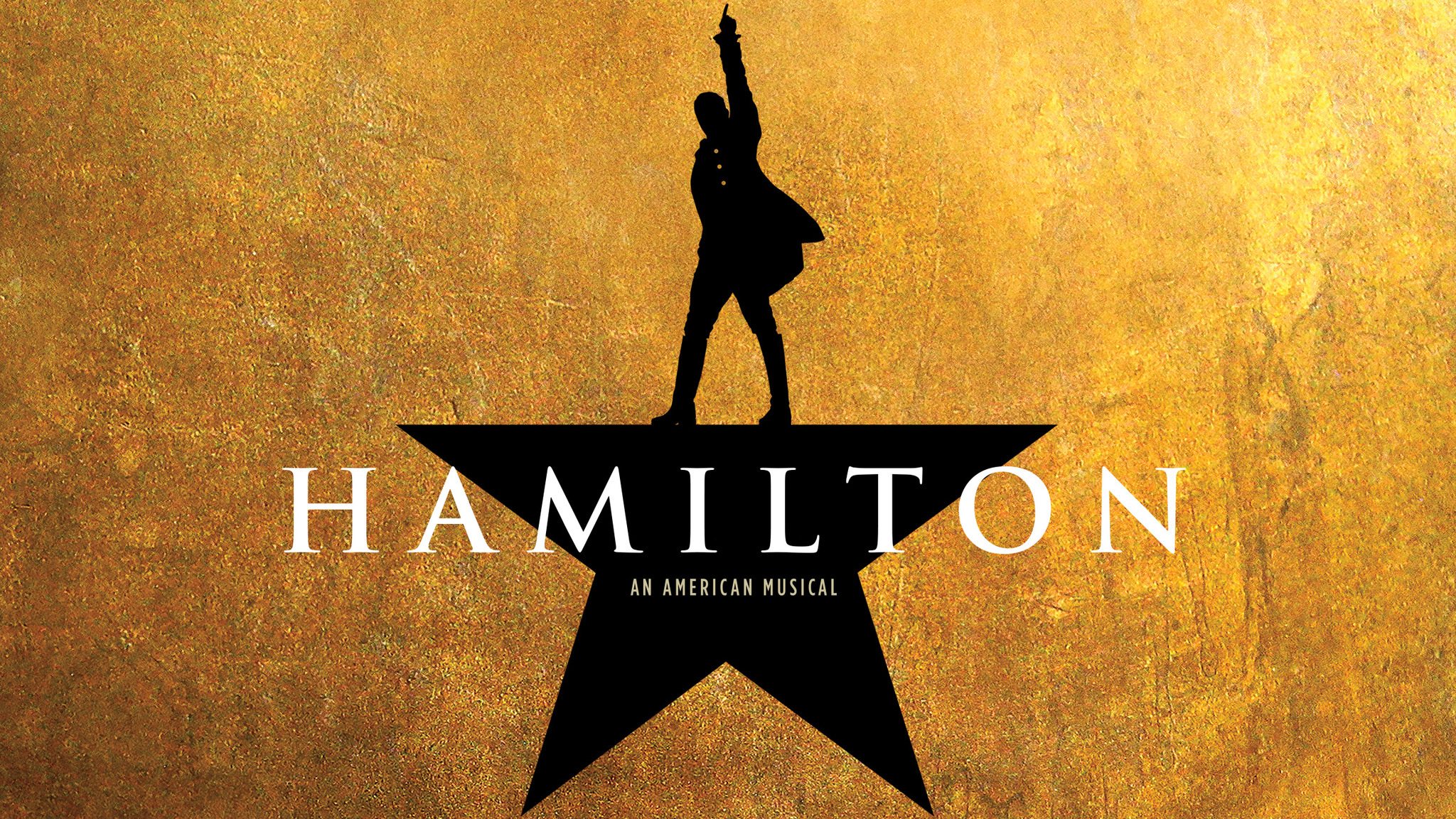 First, consider other venues.  While Broadway tickets are expensive, there are plenty of other theater options throughout Manhattan and Brooklyn that are easier on the wallet.  Some of these productions are experimental, or early runs of new authors.  But you can also find some of the city’s best productions, including multiple Shakespeare productions each year. Some Broadway productions even begin with off-Broadway runs at places like the Public Theater or Playwright’s Horizon; Avenue Q even transferred from off-Broadway to Broadway and then back again.  Venues such as St. Ann’s Warehouse and the Brooklyn Academy of Music host transfers from London and the Scottish National Theatre.

Then there are discounts.  I am not aware of any theater which advertises military or veteran discounts, but that doesn’t mean you can’t ask for one.  Many Broadway theaters will offer a discount if you ask for one, especially for day-of tickets.  This won’t be an option if the show is already sold out, Hamilton, The Book of Mormon, The Lion King, and Aladdin are almost always sold out, but it’s worth a try at other productions.

Another venue is TKTS, the ticket booth in Times Square which sells discounted day-of tickets for many Broadway and off-Broadway productions (or to skip the lines check out their Seaport or Brooklyn locations).  Today Tix provides discounts on its mobile app, as well as allowing access to digital lotteries and rush tickets and Theatermania has a mailing list that regularly sends out discount coupon codes for Broadway and off-Broadway shows. 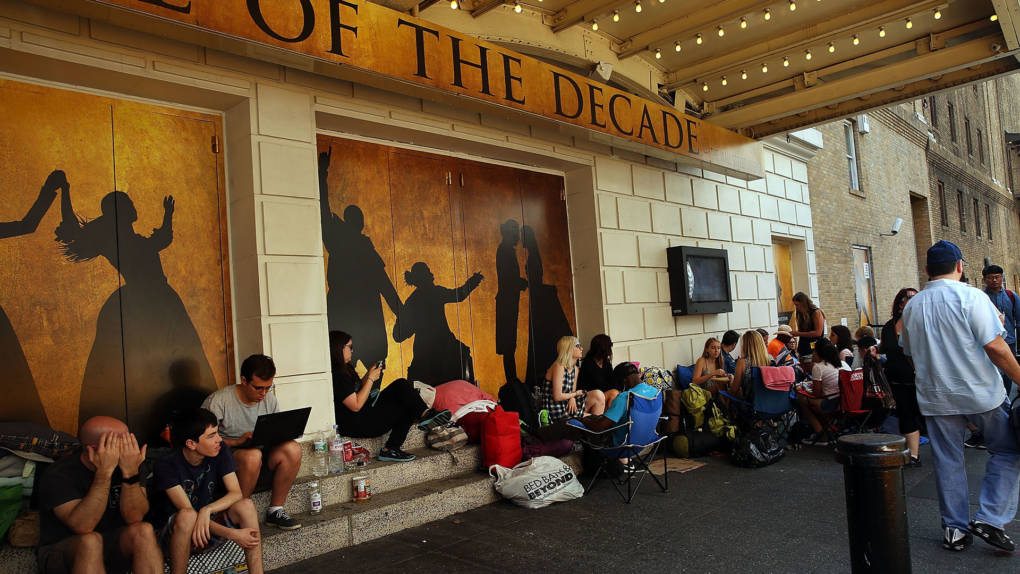 Many productions, including Hamilton, have added a lottery component to give more people a chance to enjoy them. You can enter a digital lottery on the day of the performance. A limited number of tickets are then raffled off.  If you are selected you have about an hour to purchase the tickets, and must show ID when picking them up at the theater to keep people from reselling them.  Lottery tickets have the advantage of being very cheap (as little as $10) and very good seats.  While the demand for Hamilton tickets makes that lottery difficult to win, some shows have much better odds.

With holiday love from all of us at Jujamcyn… pic.twitter.com/mVnYl2QMWn

Even sold out shows often offer rush tickets; these same-day tickets are for a limited number of seats held in reserve, offered on a first-come, first-served basis. Rush tickets, for a particular performance, are available when the box office. For popular shows, lining up outside the box office before it opens is a good way to ensure that you get a ticket. Each person is allowed to buy two tickets. Some sold out shows allow people to buy standing room only tickets on the day of a particular performance. Some shows offer a separate student rush line as well.  Prices and seating location vary by production, but they are usually offered at a discount.  Other productions offer lines for cancellations or last minute returns.

If you are a theater regular, you might consider joining a group like the Theatre Development Fund (TDF). It’s a non-profit dedicated to making theater affordable for all.  In addition to running the TKTS booths, they offer annual memberships of $34 to eligible members (active duty military and veterans are both eligible, as are government employees and full-time students and teachers) which provides access to heavily discounted tickets.  Proceeds help support their theater accessibility projects.

And if you can wait until the summer, the best theater in New York is free.  Every year the Public Theater produces two plays, usually with star-studded casts and in-demand directors.  And all you have to do to attend is wait in line for a ticket.  But that’s a story for another day.

If you don’t live in New York, you can maybe catch your favorite show in your home town.  The most successful Broadway productions set up secondary productions (Hamilton is currently running in Chicago and San Francisco in addition to New York), and many more spawn touring productions.  These usually won’t feature any household names, but the talent is on par with what you would find on Broadway.  Many shows used to also run “out of town tryouts” before heading to New York; while the costs of mounting a production has reduced the number of these in recent years, they still occur sometimes.  There is also some great regional theater throughout the country.

If you live in New York or are visiting, don’t be scared off by those high-priced theater tickets you might find on-line.  There’s always a cheaper option if you’re willing to take the time to try a lottery, visit a box office, or stand in a line.

Robert Cain is a veteran of the United States Air Force, where he served six years as a Korean cryptologic language analyst. After an honorable discharge, he spent six years supporting the Defense Intelligence Agency as an all-source intelligence contractor.  Rob is currently studying urban policy issues at Columbia University, and will earn his B.A. in Urban Studies this May.  He is a Veterans for Global Leadership Fellow, and former community outreach coordinator for New York City’s Mayor’s Office of Veterans’ Affairs (now the Department of Veterans’ Services).  Rob is an avid theater and movie goer and is trying to decide if it’s worth holding onto his massive DVD collection in our new digital age.