The Deep Seaport is set to revolutionize the maritime sector for investors and the local Nigerian economy, given that the country so far has only river ports (Tincan, Apapa, Port Harcourt, for instance) and the new port will allow the country to receive large crude carriers, ultra-large crude carriers, and other distinctions of large-class vessels.

The port will be located at the center of the Lagos Free Trade Zone and will be open by 2020. Market studies show that the demand for containers is expected to grow at a CAGR of 12.9% up to 2025 and the infrastructure currently in Lagos cannot as yet meet this demand. The project will create upwards of 160,000 jobs and serve as the catalyst for rapid economic development around the Lekki-sub-region and the wider state.

The project will handle almost 6 million TEUs of containers, with a great volume of liquid and dry cargo. Nigeria will bring in almost $200 billion from the seaport, in the process.

For more updates on the unfolding events in Africa and the Middle East, check out Lima Charlie’s MENA coverage, including reporting on Afghanistan, the regional oil industry, Mali, and Somalia.

Providing a note of optimism for investors and financiers, Drewry, an independent maritime research consultant, released its March Forecast, contending that the container shipping industry is in a slow but steady recovery, with Denmark in the lead in container ship fleets, shown below. 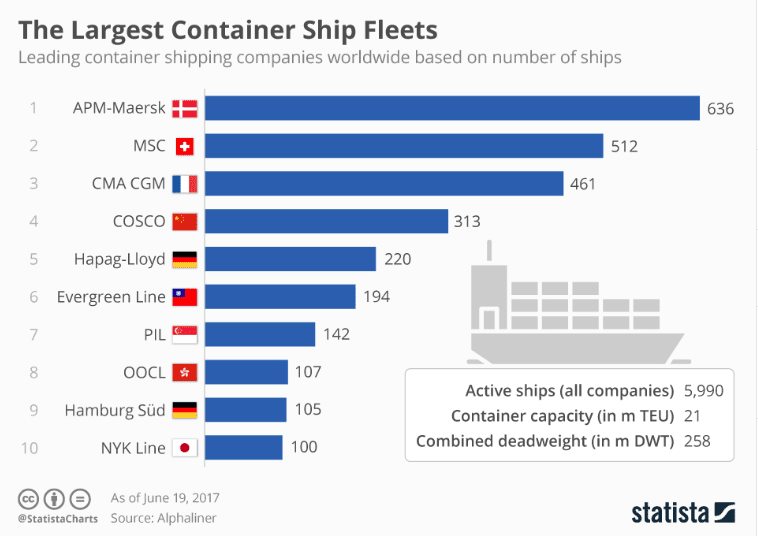 In regard to augmented reality’s impact on the industry, one main arena of focus is in smart containers. AI will provide vessels that house refrigerated containers, or reefers, the ability to be monitored and handled remotely, regulating temperature and air flow as impacted by changing conditions.

The new technology will also provide the ability to remove crew from brides and decks of ships, such as instruments like NaviPlotter which displays automatic identification system objects (AIS) and chart data on a handheld device for crew members to remotely access.

This type of technology could prove vital for investors and stakeholders in the industry, given that real-time data on the location and status of supply chain performance and cargo arrival from cargo to cranes to ships to handling equipment could improve operational effectiveness and security across port communities.

Just last year, it was announced that Rolls-Royce and Google Cloud signed a landmark deal to further develop this partnership in maritime artificial intelligence, providing an even wider market for investors to capitalize on.

This week, the Reserve Bank of India virtually banned cryptocurrencies by banning banks from working with individuals or businesses dealing with the digital currencies. Just one day later, Pakistan followed suit, making the currency illegal in the nation.

Following the move, the price of Bitcoin in India dropped to 350,000 rupees, much lower than the global market’s price at $6,617.

In Pakistan, the country will no longer offer protection for individuals who have experienced losses as a result of price volatility or hacking or crypto compromises, joining the ranks of other nations notably in South America which have enacted similar bans, as described below. 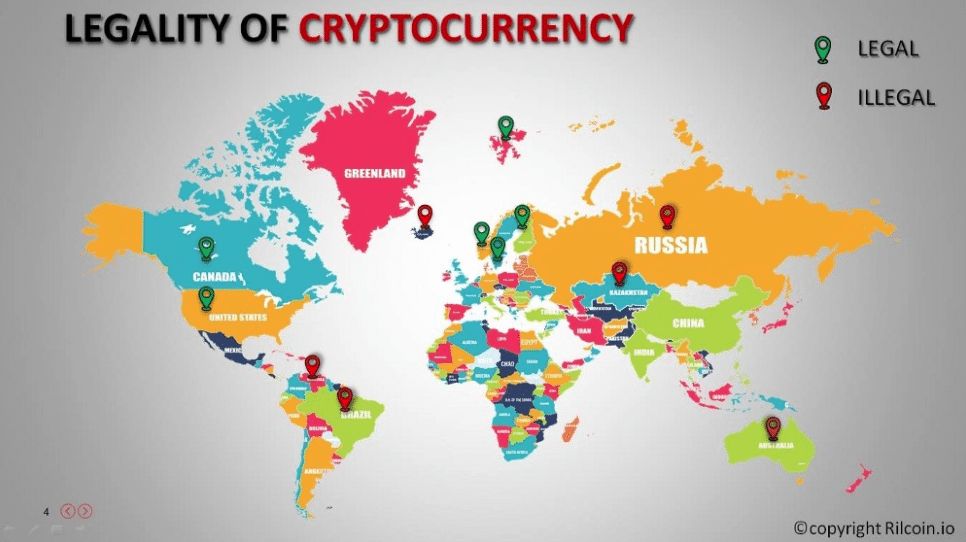 The decision has left many Indian cryptocurrency investors looking for a way out, given that, following the ban, if investors sell their holdings on the crypto exchanges, money from these transactions cannot come into their bank accounts. India currently houses more than 4.5 million investors who have invested in, traded, or purchased Bitcoin and other important cryptocurrencies. This figure may be slashed in half as a result of the move.

Investors are left with two primary options, in response to the decision: they can either remove themselves from the market or transfer to global exchanges. Through this investment, they can still remain invested in the currencies and transfer holdings in an Indian crypto exchange to that of another country.

Deep Aero, a company which created the first AI driven platform with the first autonomous system to manage drone traffic, has recommended that these investors divest their holdings into the legitimate assets of investments in the window provided by the RBI.

For more coverage on the unfolding events in the region, check out Lima Charlie’s coverage of India.

On Tuesday, perhaps one of the most widely-anticipated Ethereum apps went live—Golem.

The platform is a peer-to-peer market that has “created the first global market for idle computer power.” Essentially, the site allows users to gain access to their central processing unit power and lend it to their friends or other computer users to make use of.

After its first launch of funding, the platform received $340 million in less than half an hour. The CPU power can then be utilized to create computer-generated imagery (CGI), video games, animated films, and 3D printed models.

For crypto investors, the news comes as Ethereum is up 16% this week, and even broke the $450.00 resistance against the US dollar.

The move comes just weeks after the Chilean National Energy Commission released a statement that it launched the country’s first blockchain project. The platform will integrate average market prices, marginal costs, fuel prices, and compliance with the renewable energy law straight onto the blockchain.

Just this week, off the coast of the remote island of Minamitori, about 1,000 miles off the coast of Tokyo, researchers have unearthed 16 million tons of rare-earth metal deposits. The findings include hundreds of years worth of dysprosium, europium, and yttrium. 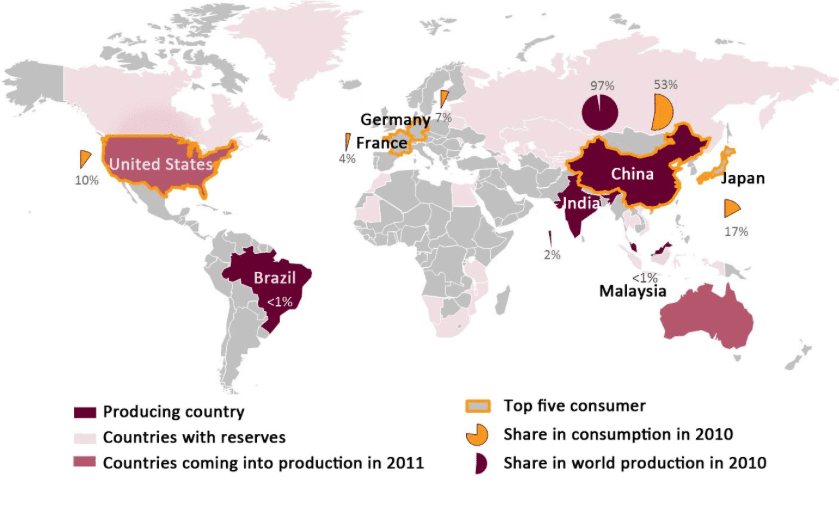 While the elements are rare, we use products containing them daily, including LED lights, rechargeable batteries, and wind farm turbines.

The reserve found consists of a “semi-infinite basis” of the materials which will propel the country’s industrial sector and provide the nation with leverage over China, the leading producer in the world and certainly the region.

The supply is likely to outlast 760 years of industrial demand which can stimulate the country’s industrial revolution and will reset the negotiations between China and Japan, given that Beijing imposed an embargo on rare-earth minerals sold to Japan about two decades ago.

Geopolitically, the discovery is likely to impact the stances of China and South Korea who refuse to recognize Okinotorishima, shown below, as an island that can support human habitation. 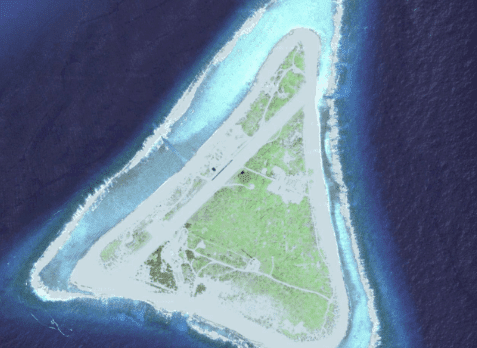 For more coverage of the growing spheres of influence in the region, check out Lima Charlie’s reporting on China and North Korea.

On Monday, a partnership was announced which will combine the stock markets of Beijing and London by the end of 2018.

For investors, this is a positive sign that China is opening up its markets to foreign investment. The move marks the first time in history there will be such an entry way outside of Hong Kong, although additional entry points exist in Shanghai and Shenzen.

According to the UK’s Treasury official Philip Hammond, the link will be a “landmark venture between two of the world’s largest stock exchanges.”

China has also moved to loosen its restrictions on international investments in the country, particularly allowing foreign firms to invest in trust companies, financial leasing, auto finance, and consumer finance.

With foreign ownership caps set to be removed on Chinese banks by year-end, opportunities for foreign investment will likely soar through the remaining annual quarters.

For more of Lima Charlie’s coverage of markets, Asia, and stock fluctuation, check out our reporting here.

China Belt and Road Initiative To Include Afghanistan

Beijing announced this week that its flagship China-Pakistan Economic Corridor project, a part of its Belt and Road Initiative (image below: EurasiaReview) will be extended to Afghanistan. 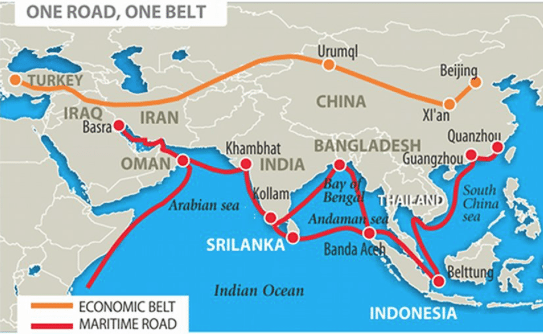 Geopolitically, this will likely flare tensions with India, whose Ambassador to China, Gautam Bambawale has requested that international norms concerning connectivity projects such as the Belt Road Initiative be met.

From an investor perspective, the move will likely spur growth in the Domestic IT Industry. The project on the whole is slated to bring $46 billion in investments.

The corridor has been called one of the top regional cooperation projects in the world, with Gwandar Port—a deep sea port situated in the Balochistan province of Pakistan to emerge as one of the top sea ports in Asia following the move.

Conversely, Pakistan has been granting the Bank of China concessions recently, allowing Beijing to settle transactions in Yuan. Pakistan’s trade deficit with China had reached $12 billion in 2017.

Geopolitically and from a military perspective, China has called for conflicts in Afghanistan to be solved through regional cooperation that would lend itself to peace in the area, during the Tashkent Conference in Afghanistan this week.

Some of the key projects, relating to coal and renewable endeavors are included below, source: Council on Foreign Relations. 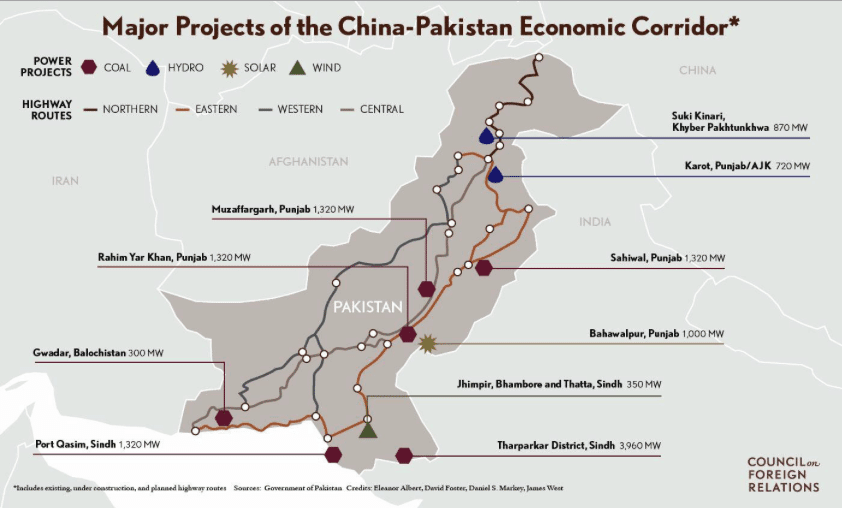 For more reporting on Pakistan, check out Lima Charlie’s coverage of the region here.

In a historic move this week, India announced it would be opening up inland waterways in the landlocked Himalayas, in effect linking the country to Nepal’s capital, Kathmandu. 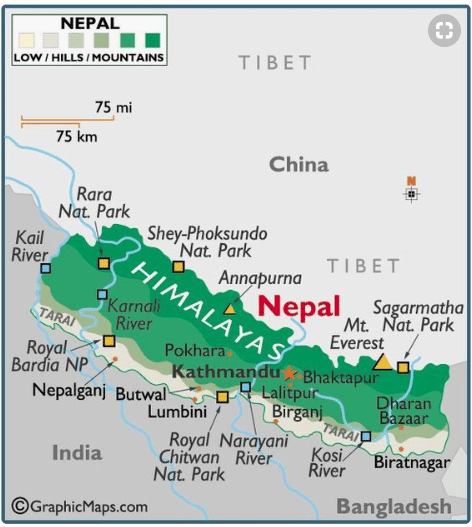 The project would allow for a rail link to exist along the demarcation and would be the first rail link in Nepal outside of the southern plains.

Geopolitically, the move comes as China has continued to develop in Nepal, and Indian leaders hope to keep pace.

For investors, the decision marks an important opening in Nepal for investment in many sectors, among them the transport, rail, and maritime industries. India lent Nepal a $1 billion dollar credit line for infrastructure development just 3 years ago, and Indian firms account for almost half of foreign direct investments in the tourism, dry port, power, banking, and telecommunication sectors in Nepal.

Connecting the geopolitical dots, the move comes as Nepal has signed many national initiatives in recent weeks, including normalizing cross-border commerce.

Nepal has also recently entered into a hydropower partnership with China, investing $2.5 billion dollars in a dam project on the Budhi Gandaki River in central-western Nepal. Meanwhile, a large portion of Nepal’s petroleum is imported from India, which has caused tempers to flare between China, Nepal, and India in recent months.

For more reporting on the region, check out Lima Charlie’s coverage of Indian interests in Seychelles here.

Geopolitically, the move is a clear step in the direction of maintaining Russian energy dominance in Europe, with a plan to envelope the continent with its own gas pipelines.

From an investor perspective, Rosatom, under which the nuclear power plant is a subsidiary, is looking for local partners to take a 49% stake in the project although details of this sale aren’t to be finalized until 2019.

The plan will help to meet 10% of Turkey’s energy needs in the first year and sets the country on the road for increased independence from other nations in the region.

The project will exceed $20 billion for its 4,800 megawatt plant.

From a military and defense perspective, plans are in the works for Erdogan and Putin to work together on defense projects such as the S-400 missile defense system, which will not be able to be integrated into NATO’s military architecture.

Russian efforts to provide nuclear power globally and, thus, expand its sphere of influence, are shown below (source: Stratfor). 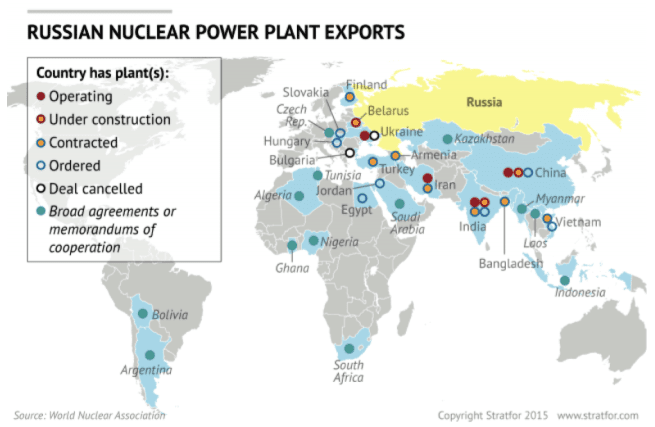 For more reporting on Turkey, Afrin, and spheres of influence in the region, check out Lima Charlie’s MENA coverage and recent reporting here. 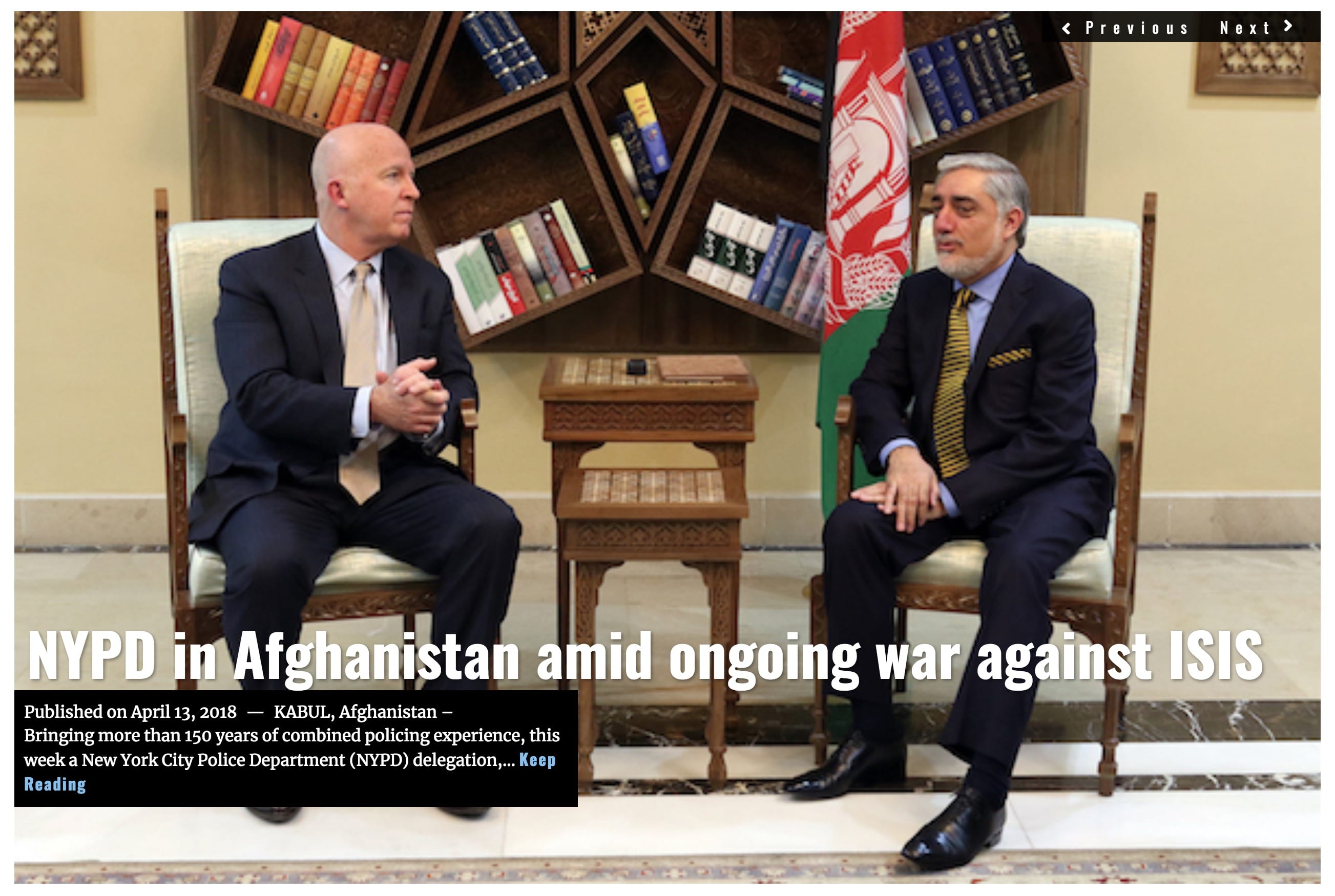 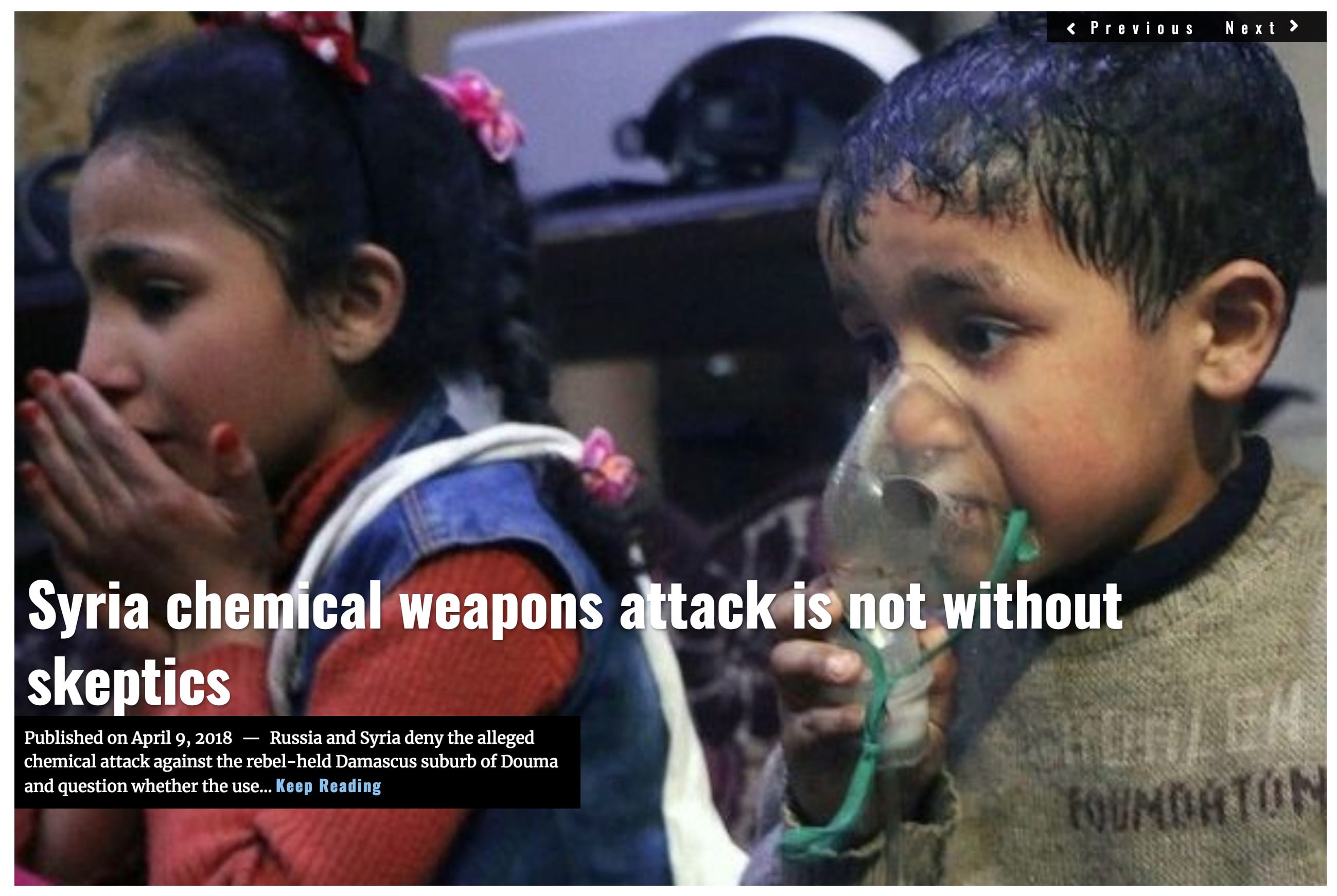 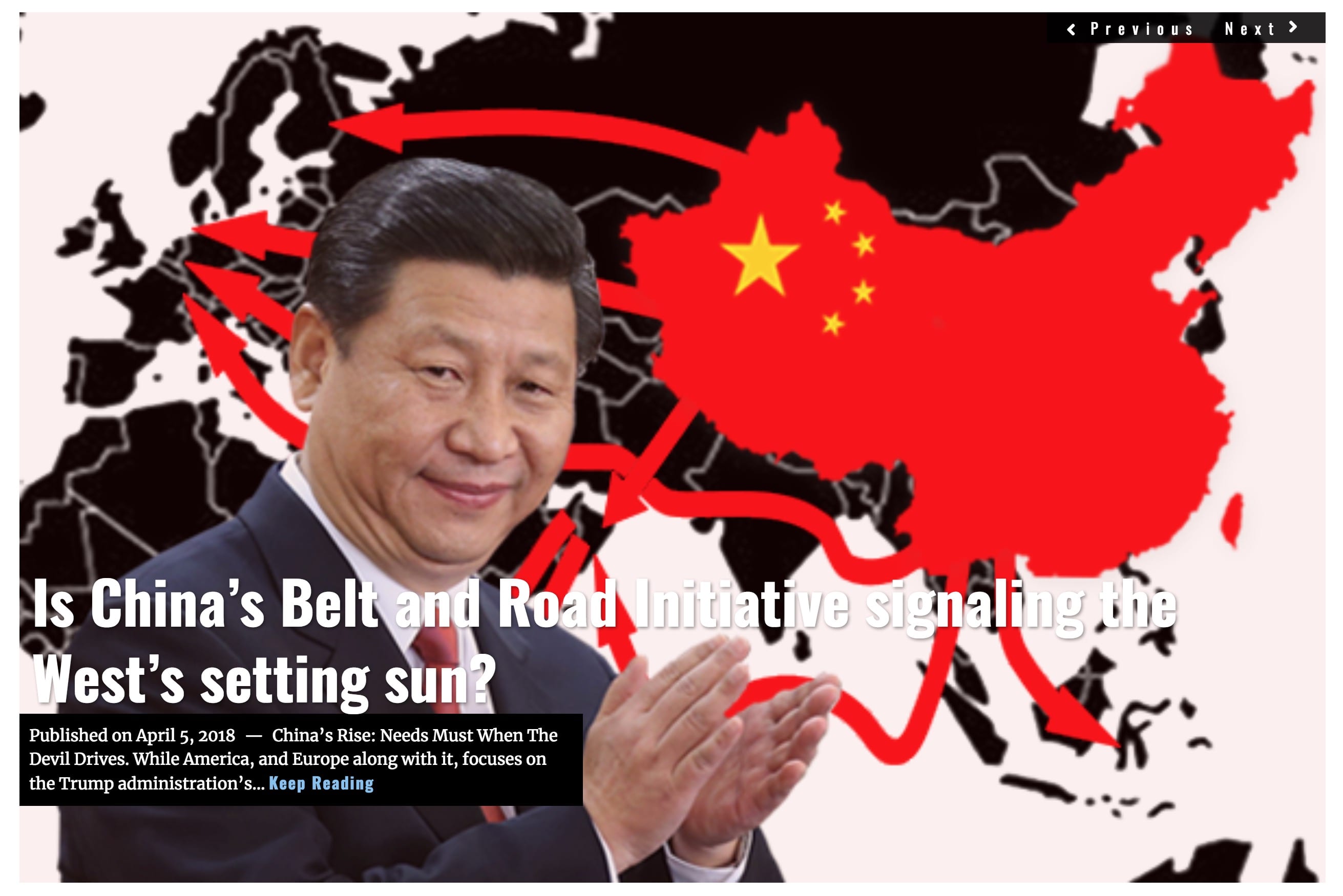