A musician’s Twitter feed is as important today as the ability to sing, but one U.S. Marine stands out for timeless rock and roll and a commitment to telling veteran’s stories.

Creativity is a humbling beast for those who are afflicted by it. Especially for those of us who have served, the desire to do anything other than learn the technical, tactical, and procedural specialties to which we are assigned is looked at sideways.

But I’m sure anyone who has ever had the itch to work in their sketchbook while reading org manuals can relate to the musings and music of Jimmy Stare, a former Recon Marine who spent more than twenty years deployed all over the globe, and whose particular style of rock and roll reflects both the bane of creativity and the brotherhood of deployment.

Since his days as a ne’er-do-well teenager sneaking into punk bars around Cleveland, Ohio, Jimmy has always felt a bit apart from those around him. Love of music hit him hard at fifteen, and he spent the rest of his teens having beer bottles thrown at his head for not playing top-40. The Marine Corps seems like a natural progression from that scene.

“You gotta remember, this was a different era, so I joined because I was about to be homeless, and to show my dad because he said I’d never do it,” Jimmy tells me during one of the phone calls we had while discussing his music and career.

“I was like a lot of the dudes I ran into early on. I was lost, but no matter where I ran I had my brothers and I had music.” It’s that world-weariness of someone who actually has worked to make America stay great that makes his music about conflict and its cost stand out.

Jimmy plays a mellow blues guitar with rock stylings that defies a clean genre fit, but is oddly resonant during the streaming revolution of micro targeting. His voice is equal parts honeyed bourbon and polished brass, sounding like Eddy Vedder on some songs, Chris Cornell (RIP) on others.

All We Are, a ballad about what’s at stake when you try to pursue that elusive dream and barely have time to hold yourself together, is a perfect example of how he comes across as musically timeless.

When I asked him about his influences, I could hear the smile creep into his voice as he proudly ran through his musical education.

“Aw man, well you know it was The Clash, Sex Pistols and The Ramones, those were my first three influences. Then I found The Replacements, Social Distortions, old U2, old REM, you name it. But once I discovered the blues … bud lemme tell you, I got lost for a while.”

Muddy Waters and Jimmy Reed sound like the strop he honed his guitar on, and it comes across in covers like Funky Soul Brother and originals like Start Over.

We had a lot of fractured human beings there who came and who stayed, and they were the first ones to really like my music, and that drove me to represent them.

Jimmy’s music is made specifically for deployed veterans by someone who spent most of the last twenty years outside of America. Themes like brotherhood, reintegrating into society, missing the family you fight for, and trying to relearn how to love permeate his music. He describes the relationship between his themes as the only logical one.

“The 03 guys – infantry – were outcasts like me. We had a lot of fractured human beings there who came and who stayed, and they were the first ones to really like my music, and that drove me to represent them.”

Historically, songs about conflict have a common thread between them: Buffalo Soldiers by Bob Marley and 53rd and 3rd by The Ramones at least speak the same language. Jimmy knows this on an instinctive level, and understands how to gauge what songs he can lend a special gravity to open a set with.

“That song Drive On by Johnny Cash, man … change a few words and its about Afghanistan. And when you’re playing in some bar where all the folks in there are sailors and Marines who just want to unwind, those songs bring you into their good graces first thing.”

Singing about war, and what war does to those who bring the fight across the seas is his way of giving back. No story illustrates this better than how he wrote Always Beside You, the first track on his self-titled album from 2016. I’ll let him tell it in its entirety:

“I was stationed in Japan in 2008, and a group of four Recon guys kept coming to the same little bar I was playing at, drinking with their hot girlfriends and generally running the place from the moment when they walked in. Real Recon shit. I ended up hanging out with these guys whenever they came in, about twice a month. The cat who always said hey first was Sergeant Michael Ferschke. On August 10, 2008, he was killed clearing the last house of the day. He had just found out a few days prior that his girlfriend was pregnant and he had married her by proxy from Iraq. I was a TV reporter in ’08 and did a story on him, and because I was in the Recon community they asked me to played at his wake. They wanted to hear the filthiest songs I’d ever recorded, to laugh and spill beer and just have anything help them remember their brother.

The guys said their goodbyes, and as I witnessed their grief I felt like an imposter…it felt like I finally understood what sacrifice means when I saw what they were going through. I started thumbing these chords, and when I got back to the hotel I wrote the song in 20 minutes. But I didn’t write it, they wrote it with their grief. After, I reached out to Mike’s parents, and I wanted to make sure that if it ever makes any money it would go to the family, so I made his son Mikey the cowriter of the song. And every year I go through and look at what it made and send that to his family.”

There is literally no better argument about why we should pay for music.

Jimmy’s earnestness comes across in the easy timbre of his voice, and anyone who has met him can attest to the warmth he creates out of thin air. He is equal parts easygoing surfer, earnest warrior, and blue-comedy prankster.

With Jimmy, there is a special edge to it that I can only articulate as having actually put himself out there, both as a combat veteran and musician. When he sings “I forgot the way to hold you, I forgot the lies I told you,” it resonates because you know it’s not because he was closing real estate deals in Dubai, but because he was ass-deep in spent brass and MRE wrappers, carrying eighty pounds of lightweight kit.

Overall, the lived-in ambiance of Jimmy’s music lands in a way any great art does. He doesn’t promote outside of his website, jimmystare.com:

“My brothers know how to get in touch with me, and that’s honestly all I am concerned with. Telling our story, their story, and putting something positive out. I’m trying to be part of the solution, you know?”

Jimmy has put his life on the line and found art in the sacrifices he has seen around him; I’m certain he’s not part of whatever problems we currently have. If you’re ever around any older Marines, Recon or otherwise, ask them if they’ve ever been to Okinawaville, and bring a beer and a seat because you’re about to hear a great story.

Listen to Michael Gardner’s interview of Jimmy Stare, available on iTunes and Soundcloud.

Michael Gardner is a former officer in the US Coast Guard. Michael served seven years in a variety of anti and counter-terrorism capacities and deployed to support National Special Security Events, including the 2011 H8 Summit and 2011 Republican National Convention. Michael graduated with a BS in Government from the US Coast Guard Academy. An avid tabletop gamer and moviegoer, he also has the misfortune of being a lifelong San Diego (Los Angeles) Chargers fan. 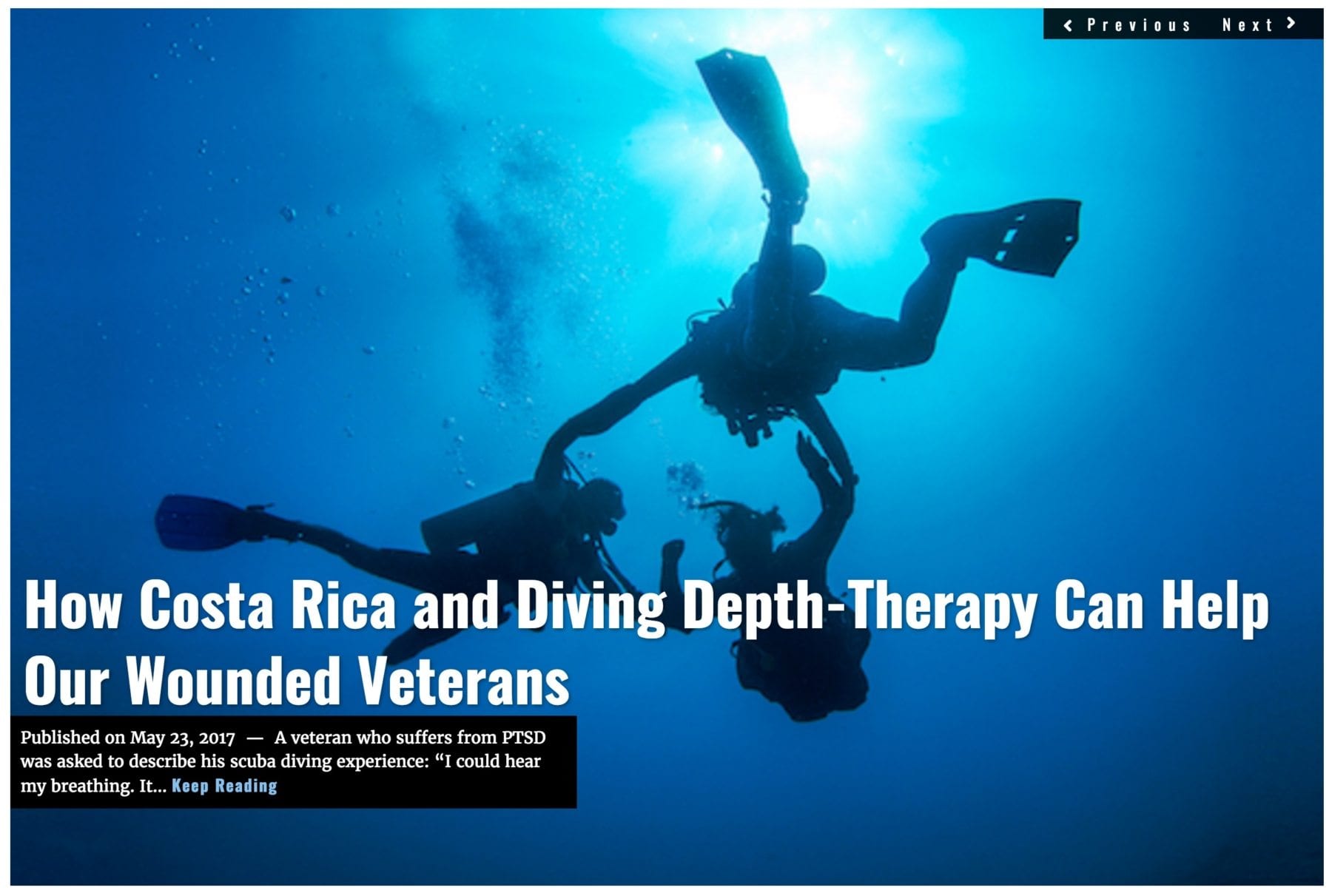 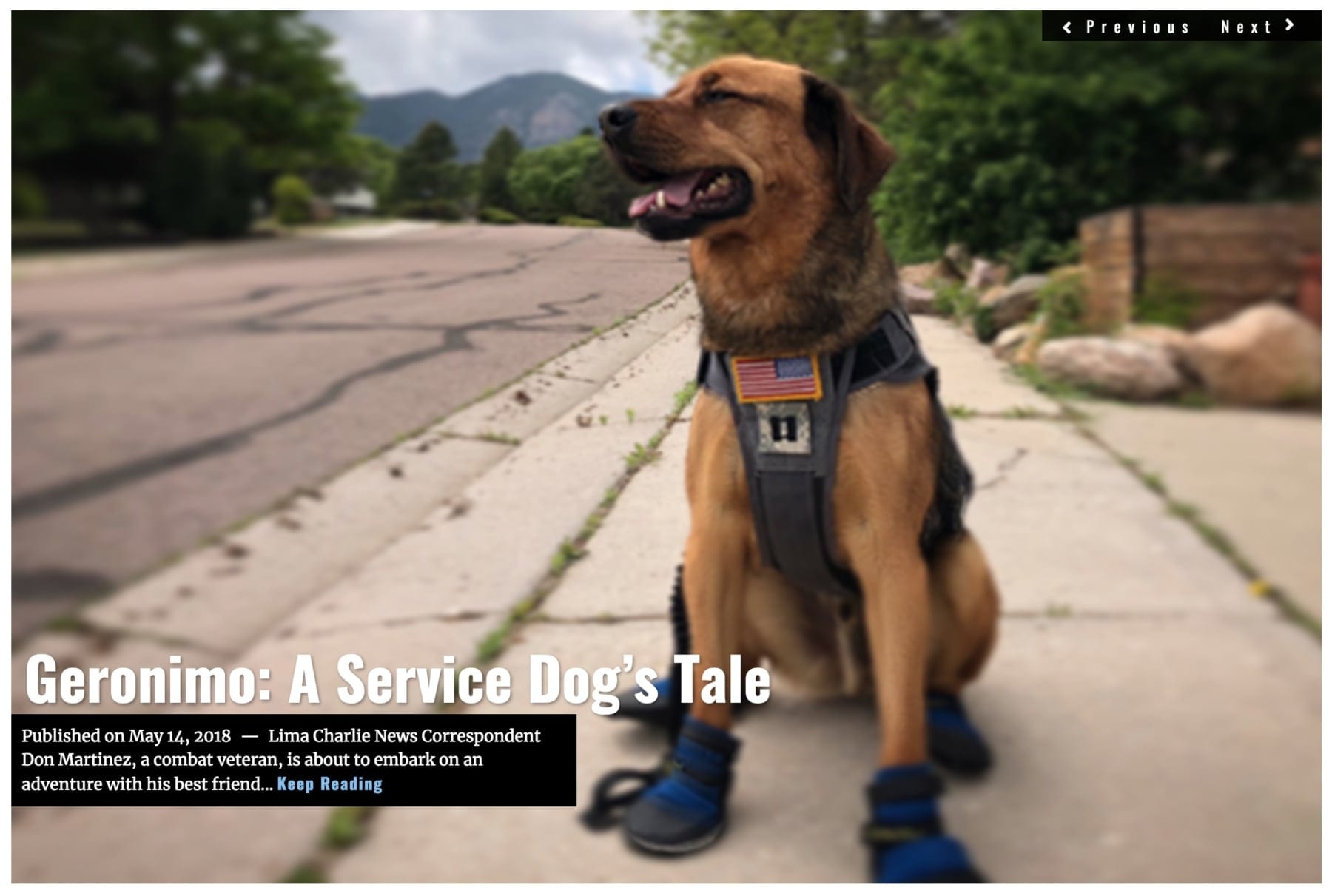