The Call of Duty Endowment recently awarded the Seal of Distinction Award to three organizations – Goodwill Southern California, Goodwill of the Olympics and Rainer Region, and NextOp, Inc – for providing employment transition programs and mentorship to veterans. These organizations, which are based in Texas and along the West Coast, were awarded their Seals of Distinction on Oct. 31.

With assistance from the Call of Duty Endowment – a non-profit that helps veterans find high quality careers by funding best-in-class organizations – those three organizations are helping to solve veteran unemployment an underemployment in the United States.

The original purpose of the Call of Duty Endowment was to identify and fund organizations that employ, or help to employ, veterans in the US, with a goal of finding 25,000 jobs for veterans by 2019. However, according to the Endowment, that goal was met two years early.

The Call of Duty Endowment was created by Bobby Kotick, the CEO of Activision Blizzard, and the makers of the “Call of Duty” video game series. Today, the Endowment is led by Dan Goldenberg, a veteran and captain in the U.S. Navy Reserve. It is also co-chaired by Gen. James L. Jones, a retired United States Marine Corps General and former National Security Advisor to President Barack Obama.

In addition, the Call of Duty Endowment announced in September that it will be expanding to the United Kingdom, “a long-standing ally whose armed forces have served so closely with those of the US.” 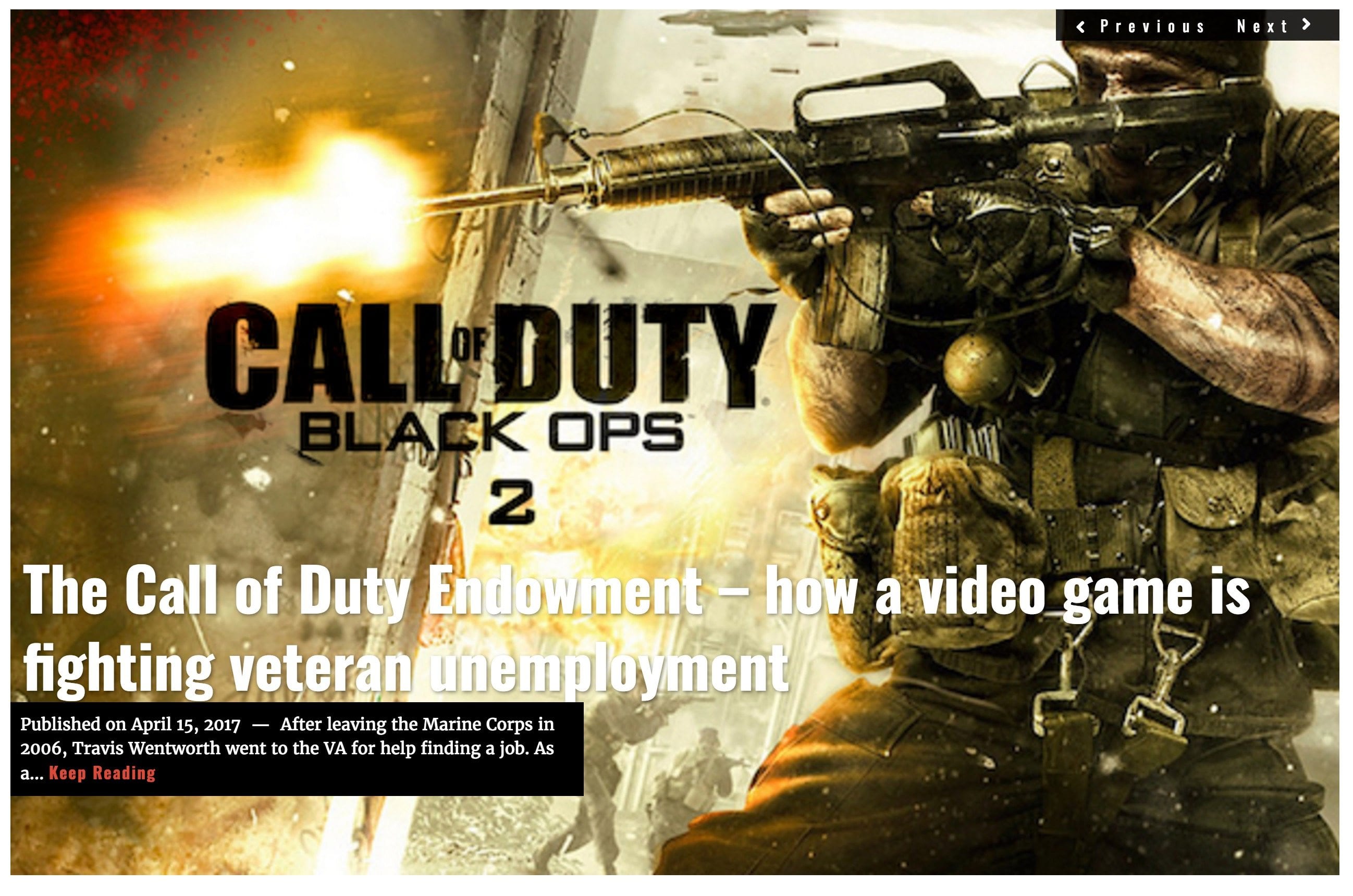 The transfer from military to civilian life looms large for veterans. The…

After leaving the Marine Corps in 2006, Travis Wentworth went to the…