The Horse Race is back! This week: Lt. Gen. Mike Flynn’s resignation over the Russian scandal, Trump’s North Korea response, the assassination of Kim Jong Un’s half brother, the Trump Florida campaign rally & fake terror attack in Sweden, Milo Yiannopoulos’ thoughts on relationships, & the thrilling suspense novel of Ben Shapiro. Listen to the end, for an exclusive airing of grievances from Dan Webb against a notable former children’s game show host. Episode 31 …

|Lima Charlie News Political Correspondents and veterans Michael Connolly (US Army),  Brendan McKinnon (USCG), and Dan Webb (USAF), are back with The Horse Race podcast for your week in politics.

Episode 31 is available on iTunes, or you can stream or download it for offline enjoyment. And don’t forget to subscribe to iTunes and leave a 5 star rating and exceptional review. 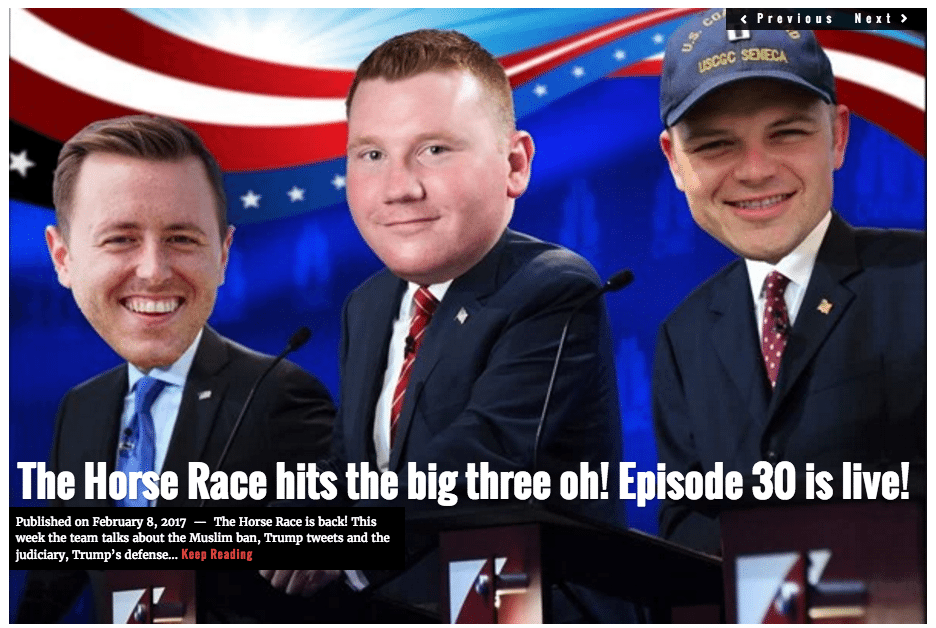