As Russia and Syria continue the #BattleForRaqqa in a race to ISIS’ self-declared capital, confirmed reports surfaced that ISIS deployed nerve gas against retreating Syrian Democratic Force soldiers. SDF troops were apparently conducting a strategic retreat when the gas was used. The nerve gas is reportedly of the ‪‎VX persuasion, and is believed to have been part of the Syrian government’s stockpile, likely housed at some point at one of the military facilities around al Raqqa. VX gas is classified as a weapon of mass destruction by the United Nations. It is tasteless and odorless, extremely toxic, and very small amounts can be deadly to a large number of people.

As reported by Lima Charlie News (Russia, Syria Rage Against ISIS to Take Back the Dam and ISIS’ Weapon of Mass Destruction: Water), Syrian Special Forces, supported by Russian Special Forces, have made substantial gains in the march to reclaim al Raqqa from ISIS’ stranglehold on the region. Government troops backed by Russian air strikes crossed into the Raqqa Province for the first time since August 2014, pounding the Tabqa Air Base and killing hundreds of ISIS fighters.

Simultaneously, on the Iraqi Front, Iraqi security forces, backed by U.S.-led coalition airstrikes, cleared a reported 70% of Fallujah from ISIS militants after battling to the city center. Iraqi forces have taken back about 45% of ISIS controlled territory since last year.

The use of VX gas in Syria presents Russian/Syrian coalition forces with yet another obstacle, adding to ISIS threats to blow up the Tabqa Dam unleashing Lake Assad upon the region and its civilian population. Currently, troops part of the #RaceToRaqqa have gathered in Athrya, southwest of al Raqqa, planning the next move in light of the current circumstances.

Nerve gas, particularly the sarin variety, was first developed by a German scientist in 1937 for original use as a pesticide. The Nazis soon realized how devastatingly powerful it could be. Sarin, a highly potent cholinesterase inhibitor, blocks enzymes that control the brain’s neurotransmitters, causing them to fire uncontrollably. Within seconds of exposure, the body’s muscles spasm, nerves keep firing, crying, drooling and vomiting may follow, with bowels and bladder evacuating.

A victim’s chest tightens, vision blurs, and if the exposure was great enough, convulsions, paralysis, and death can result within 1 to 10 minutes. Some may survive, provided exposure is not great enough, and may recover quickly.

In 1915, the German army killed 5,000 Allied soldiers using 150 tons of chlorine gas, the first known modern use of large-scale chemical warfare. Sarin gas, however, was not used in World War II because the belligerents were aware of its deadly capabilities and the likely retaliation stemming from its employment.

VX nerve gas, later developed by the British military in the 1950’s, was eventually classified as a weapon of mass destruction by the United Nations in UN Resolution 687. The production and stockpiling of VX exceeding even 100 grams per year was outlawed by the Chemical Weapons Convention of 1993. Some countries known to possess VX are the United States, Russia, and Syria.

Now enter ISIS’ use of VX gas.
Is this another red line?

One of the most vivid examples in modern history of chemical weapon usage emerged about 2:am on 21 August, 2013 in the Damascus suburb of Ghouta. On this day, hundreds of people awoke to the effects of a silent killer. The Assad regime had targeted the suburb with internationally prohibited chemical weapons, according to the Organization for the Prohibition of Chemical Weapons. VX and sarin gas were two of the gases deployed. Estimates of the death toll range from at least 281 people to 1,729. The attack was the deadliest use of chemical weapons since the Iran–Iraq War in 1980 to 1988. In September 2013 the French ‪‎intelligence community estimated that the Syrian stockpile of chemical warfare agents was at 1,000 tonnes, including ‪Yperite, VX and “several hundred tonnes of ‪‎sarin.”

Avoiding the “red line” scenario imposed by the Obama Administration – U.S. military intervention in Syria – a deal was brokered with Russia requiring the obliteration of the regime’s declared chemical weapon stockpile. Diplomacy prevailed and in Geneva a protocol for the Syrian Government to adhere to was established.

Now enter ISIS’ use of VX gas. Is this another red line?

Where did ISIS obtain its chemical weapons? Did the Assad regime fail to completely destroy its chemical weapons arsenal? If we consider the answer provided by former-Dutch-soldier-turned-ISIS-fighter, Omar Yilmaz, we might believe that the chemical weapons were stolen with ease from the Assad regime. Yilmaz, who first came into the limelight about two years ago when pictures emerged of a jihadi militant wearing a Dutch military uniform, supports the hypothesis that ISIS gained mustard gas and chlorine stockpiles from water treatment facilities in areas seized from the Syrian government. In fact, reports surfaced in May 2016, that Assad’s forces used sarin gas for the first time since 2013 against ISIS fighters outside Damascus, according to a senior Israeli official. 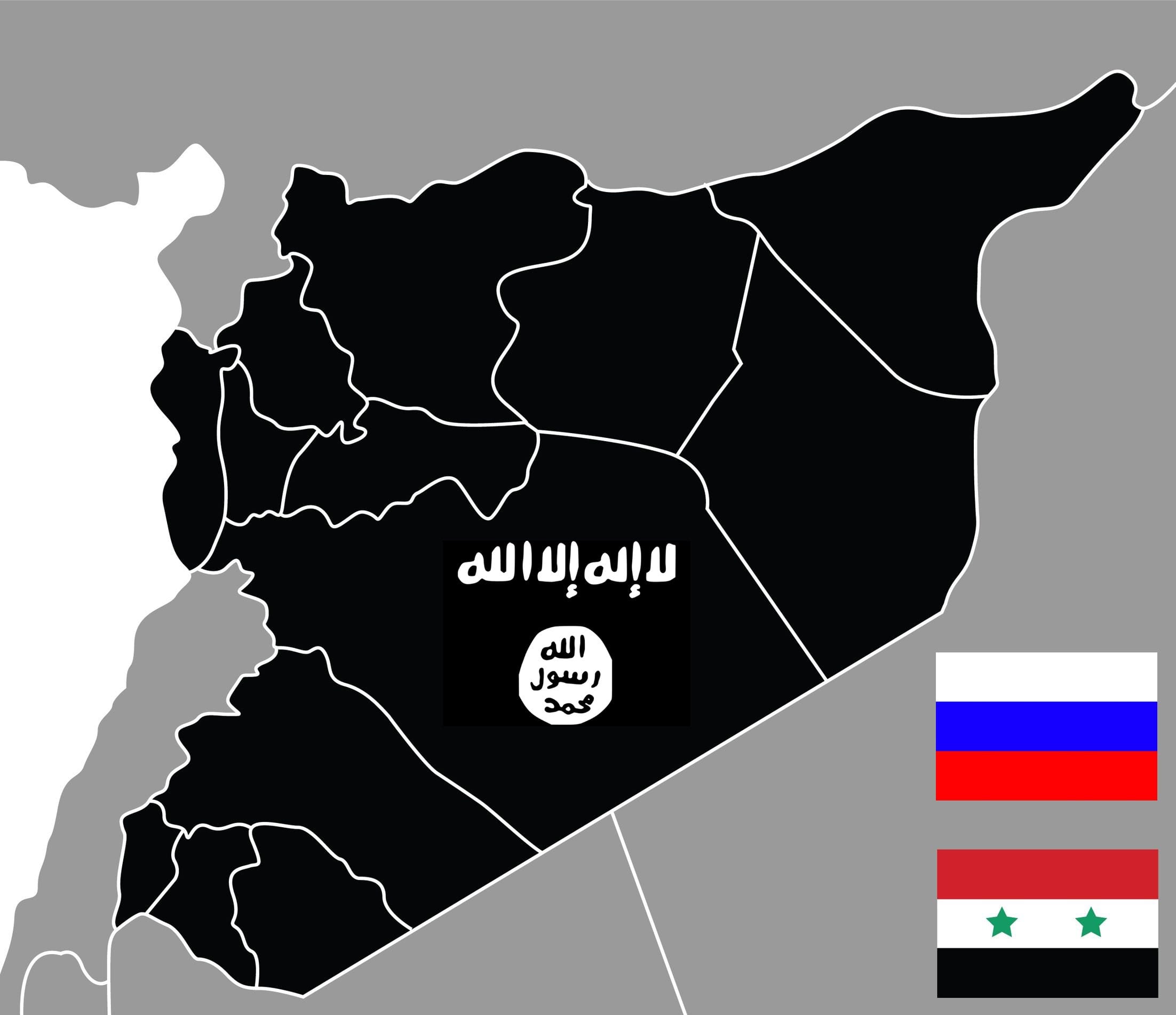 On the other hand, U.S. Defense and Intelligence officials at the Pentagon believe the group acquired these crude raw materials during its stint as “al-Qaeda” in Iraq before it officially emerged as ISIS. The Associated Press quoted a high-level Iraqi politician, reportedly citing intelligence reports that “ISIS has recruited chemical experts from Chechnya, Southeast Asia and Iraq, including some who once worked for Saddam Hussein” to convert these raw materials into functioning weapons. General Richard Zahner, a former top military intelligence officer in Iraq told the AP that “Even a few competent scientists and engineers, given the right motivation and a few material resources, can produce hazardous industrial and weapons-specific chemicals in limited quantities.”

And yet, a far more sinister explanation may exist. When the U.S. set in place embargoes preventing Saddam Hussein from acquiring certain raw materials (such as those required to produce chemical weapons), Hussein merely circumvented the restrictions and had materials delivered to him from western companies through middlemen. ISIS might be following Saddam’s example. Many items—everything from weapons and artillery to candy bars, energy drinks, and sodas—have made their way to the group over the border between Turkey and Syria. It is possible that ISIS has received some—though certainly not all—of its chemical materials in this same fashion. Sources in the Turkish parliament, namely Eren Erdem of the Republican People’s Party, CHP, have even provided backing for this theory, saying that chemical “components were delivered to ISIS from the West, via the Turkish route.”

Whatever the real source of these weapons, the fact remains that ISIS appears to have the means and will to use VX gas, and has managed to drive out SDF troops from the al Raqqa border after what had been a fierce counter-offensive, imposing a considerable setback to Russian/Syrian operations.

In the past few months, the Obama Administration has sought to silence critics in the fight against ISIS by targeting four main cities: al Raqqa, Aleppo, Fallujah, and Mosul. ISIS, battling the Russian-backed Syrian army from the south and the US-backed Kurds in the north, is experiencing a uniquely coordinated campaign of opposition in the #RaceForRaqqa. As the region and its innocent civilians become targets for nerve gas, various chemical weapons, and even water, Lima Charlie News will continue to closely monitor the quickly unfolding developments.