As we celebrate International Women’s Day, Dr. Gary K. Busch spotlights some of Africa’s greatest matriarchs, queens, rebels and freedom fighters, who have been largely scrubbed from history.

The pervasive image of a poor, oppressed and powerless African female belies a long and proud history of African matriarchs, queens, rebels and freedom fighters, women who were immensely powerful in their own societies. Their history has been overlooked, suppressed by colonial powers and demeaned by the men who stole the thrones from these mighty women.

There is a long history of powerful African queens, military leaders and rebels which seldom make it into current history books. The role of women in ruling African nations, fighting against colonial enslavement and supervising the policies of their heirs and offspring as they rose into political primacy is a suppressed and forgotten history. This is a history which deserves to be taught in the schools. In their own societies they are barely acknowledged, but internationally they remain almost wholly forgotten.

The royal women of Ancient Egypt wielded immense power, and several took on the role of pharaoh or regent. The Kemetic women (Kemet was the Egyptian name for Egypt) of the 18th dynasty (1550 to 1292 BC) wielded military as well as political power, starting with Ahhotep I, who drove out Egypt’s foreign occupiers.

Another was Hatshepsut, who actually ruled as Pharaoh over all of Egypt (1478 to 1458 BC), and is widely regarded as one of the most successful Pharaohs of all time. Hatshepsut held the throne for over 20 years, building magnificent temples and sending a famous naval expedition to trade with Somalia. She led a successful war campaign in her early years, but she oversaw a largely peaceful era in which Egypt grew in wealth and development. Two other women ruled as pharaohs in their own right: Sobekneferu and Twosret.

Candace, latinized from Kandake, was one of the greatest generals of the ancient world. This formidable 1st century BC African queen earned fame as a military tactician and field commander in Ethiopia. Caesar Augustus, the first and most prolifically expansionist of Rome’s Emperors, opted not to test his winning streak risking defeat by a woman that Greek historian Strabo would refer to as “fierce one-eyed queen Candace”. He halted his armies at the borders of Ethiopia and chose not to invade. Ceasar granted an audience to the representatives of Candace at the island of Samos, off contemporary Turkey, and negotiated a peace deal with the Meroites, including a neutral buffer zone. This was the first recorded instance of African diplomats representing a Sub-Saharan Kingdom, travelling to Europe to achieve a diplomatic resolution.

Dihya was a Berber queen in the late 7th century, a religious and military leader who led indigenous resistance to the Muslim-Arab expansion of the Umayyad Dynasty in Northwest Africa. Their armies met near Meskiana in the present-day province of Oum el-Bouaghi, Algeria. She defeated the Umayyad armies so soundly that they fled and retired to Cyrenaica (now Libya) for four or five years before giving up their quest for North African hegemony. This was significant, because these early Muslim armies had scored consistent victories against opponents more famous than Dihya – the Eastern Roman Empire and Sassanid Persian Empire.

Amina was queen of Zazzua, a part of Nigeria now known as Zaria, where matrilineal equality allowed women to inherit rule as well as men. Zazzua was one of a number of Hausa city-states which dominated trans-Saharan trade after the collapse of the Songhai Empire to the west. At the age of sixteen, Amina became the heir apparent (Magajiya) to her mother, Bakwa of Turunku, the ruling queen of Zazzua. Although her mother’s reign was known for peace and prosperity, Amina immersed herself in military skills from the warriors. She set off on her first military expedition three months after coming to power and continued fighting until her death. In her thirty-four year reign, she expanded the domain of Zazzua to its largest size ever. Her main focus, however, was not on annexation of neighbouring lands, but on forcing local rulers to accept vassal status, thus permitting traders from all Hausa states safe passage.

Yaa Asantewa (1840-1921) was the Queen Mother of Ejisu. Her fight against British colonialists is a key story in the history of Ghana. When the British conquered and subjugated Ghana they captured the Asantahene, the paramount king of the Ashanti. When the chiefs met to deliberate on the proper response, they were hesitant to confront the British. Yaa Asantewa was outraged at their weakness. She said, “if you the men of Ashanti will not go forward, then we will. We the women will. I shall call upon my fellow women. We will fight the white men. We will fight till the last of us falls in the battlefields.” For months the Ashanti, led by Yaa Asantewa, fought bravely. Finally, British reinforcements totalling 1,400 soldiers arrived at Kumasi. Yaa Asantewa and other leaders were captured and sent into exile. Yaa Asantewa’s war was the last of the major wars in Africa led by a woman.

Mbande Nzinga (1583 – 1663) was the sister and advisor of the king of Ngola (now Angola). She became queen when her brother committed suicide after being confronted by Portuguese demands for slave trade concessions in 1624. She appointed women, including her two sisters Kifunji and Mukumbu, to all government offices.

When the Portuguese broke a peace treaty, she led her largely female army against them that inflicted terrible casualties. Eventually her forces conquered nearby kingdoms in an attempt to build a strong enough confederation to drive the Portuguese out of Africa. She accepted a truce, and agreed to a peace treaty in 1635. She continued to rule her people and lived to be 81.

An interesting fact about Nzinga, based on accounts she had fifty to sixty male concubines that she had dress as women. “[S]he dresses these fifty to sixty strong and beautiful young men in female garment … and dresses herself as a man,” wrote Olfert Dapper, of the Dutch West India Company.

The ‘Grandmother’ of Zimbabwe led the Shona against Cecil Rhodes and the invading English. Nehanda (1862-1898) was a priestess and became a military leader of her people. She led a number of successful attacks on the English but was eventually captured and executed.

Nandi (1760-1827) was the warrior mother of Shaka Zulu, the famed leader of the Zulu in South Africa. She protected her son from potential assassination, and trained her son to be the famous warrior that he would become. When Zulu became King, he established an all-female regiment which often fought in the front lines of his army.

She was the warrior queen of the Tlokwa (the once famous 40,000- to 50,000-strong Sotho tribe). In the early 1800s, Queen Mantatisi became the first woman to rule as chieftainess over her people. She fought, successfully, to preserve her tribal lands during the wars between Shaka Zulu and the Tlokwa.

Mammy Yoko was a leader of the Mende of Sierra Leone. She ruled the fourteen tribes of the Kpa Mende Confederacy, the largest tribal group in 19th century Sierra Leone, guiding her people through Europe’s scramble for Africa. At that time at least 15% of all the tribes in Sierra Leone were led by women.

She was a leader of the Dahomey Amazons, an all female military unit, under King Gezo. In 1851 she led an army of 6,000 women against the Egba, a rival group, fortress of Abeokuta. In 1892 King Behanzin of Dahomey (now Benin) fought the French colonists over trading rights. His army of 12,000 troops, including 2,000 Amazons trained by Seh-Dong-Hong-Beh fought the French, but neither the kingdom nor the Amazons survived their anti-colonial war.

In the late 19th Century she was the leader of the Luba people of central Africa whose nation stretched along the rainforest from Zaire to northern Zambia. After her brother Kasongo Kalambo was killed in battle she assumed sole control of the empire and the army and ruled for many years.

Of all these powerful women there is one who stands out as the most feared of all, Queen Ranavalona I – The Mad Monarch of Madagascar (1782-1861). In 1828, King Radama died, leaving his queen Ranavalona on the throne. She rapidly broke treaties with both the English and the French, and she banned Christianity. Anyone caught practicing Christianity was subject to spectacular punishment – they were boiled alive, poisoned, thrown off cliffs or simply beheaded if they didn’t give up Christ.

She implemented “Trial by Ordeal” in which the accused drank the poison from the tanguena plant and innocence was established if they survived. The French and the British did what they could to overthrow Ranavalona, but failed. After defeating an invasion army, Ranavalona beheaded the dead Europeans, and decorated her beaches with the heads impaled on pikes. Cognizant of this display, the French and the English sought colonial adventures elsewhere.

There were, of course, many other female leaders and warriors who have not been mentioned here. It is a pity that the contributions of these leading women in African history have been ignored or forgotten. Perhaps, one day, the African history books will include the stories of these women and pay tribute to their important contribution to the development of the continent.

Dr. Busch has had a varied career-as an international trades unionist, an academic, a businessman and a political intelligence consultant. He was a professor and Head of Department at the University of Hawaii and has been a visiting professor at several universities. He was the head of research in international affairs for a major U.S. trade union and Assistant General Secretary of an international union federation. His articles have appeared in the Economist Intelligence Unit, Wall Street Journal, WPROST, Pravda and several other news journals. He is the editor and publisher of the web-based news journal of international relations www.ocnus.net. 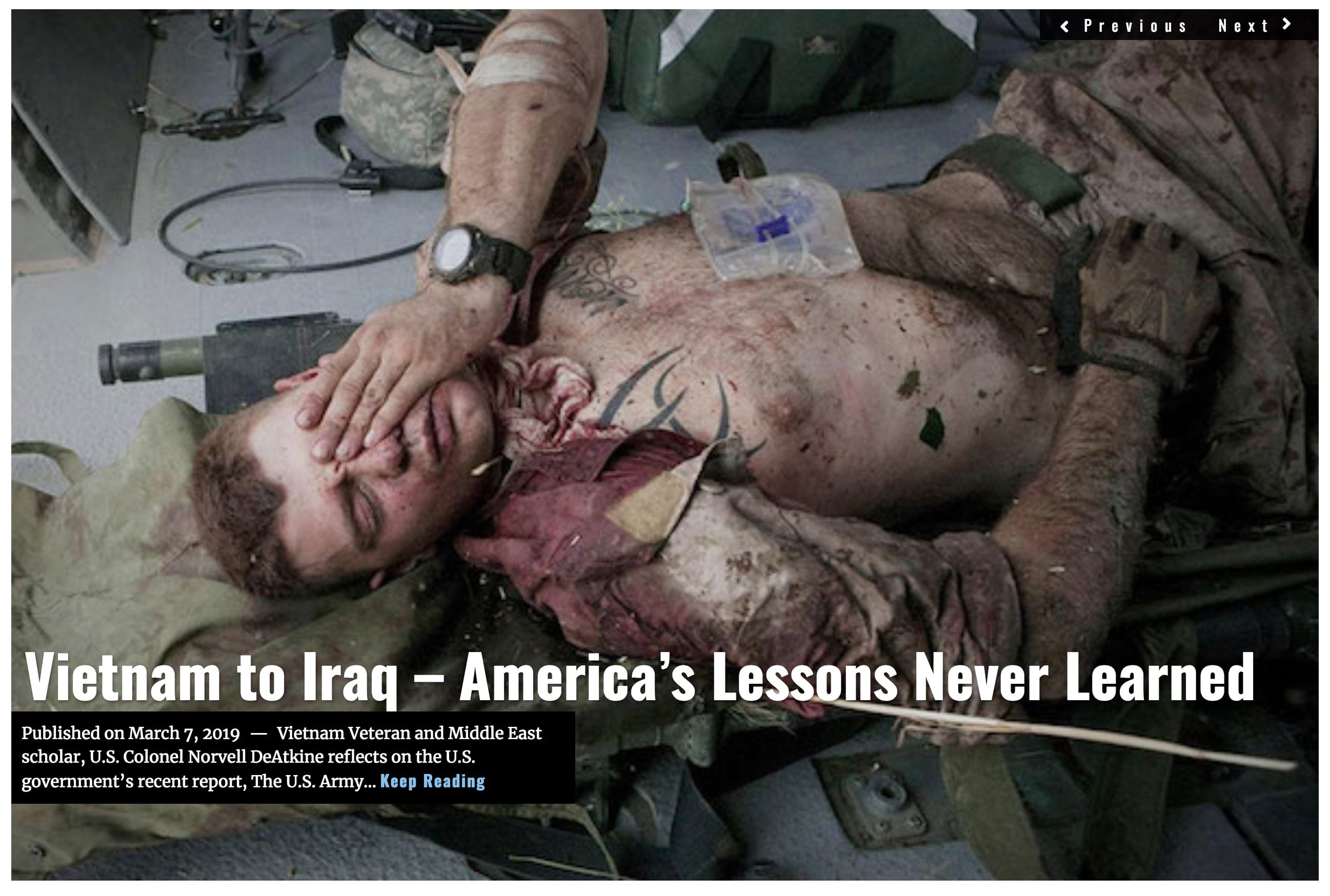 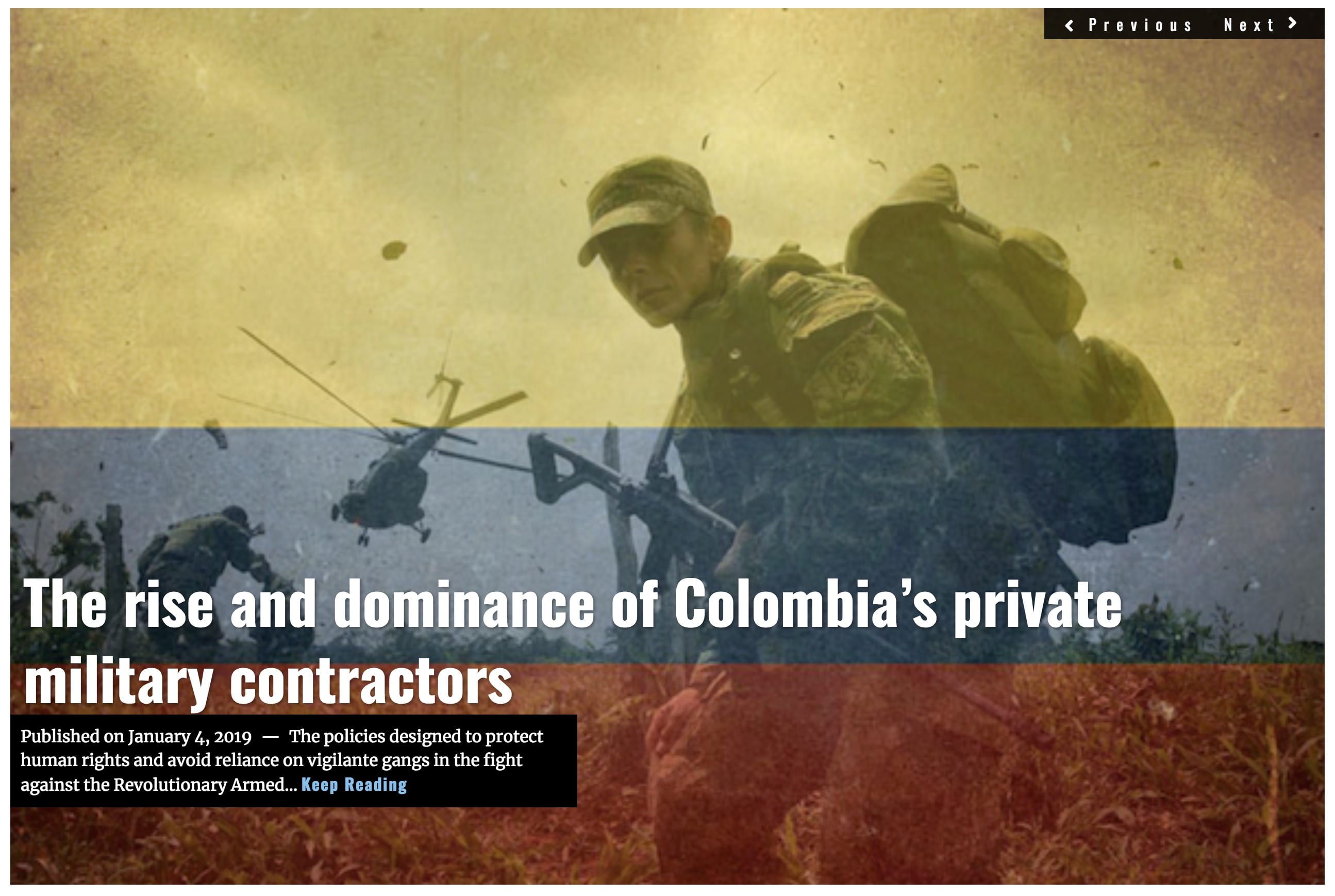 Amid debate over the U.S., French, and UN troop presence in West…