As security and stability in Colombia has ebbed and flowed, the U.S. and the Colombian government have treated the symptoms of the country’s problems by turning to the private sector. It may not have solved Colombia’s problems, but some people are making a lot of money.

Back in 2011, when the New York Times reported that Erik Prince, founder of the private military company Blackwater, had teamed up with the United Arab Emirates to create a standing army of private military contractors, one aspect of the world of PMCs became even more evident – Colombians tend to be exceptional mercenaries. While such a conclusion may indeed be subjective, Colombians do comprise a disproportionate percentage of the world’s PMCs.

By 2015, the UAE had dispatched dozens of Colombian PMCs to Yemen to fight in the growing civil war.  A December 9th, 2017 ambush by Yemeni al Houthi rebels would leave 15 contractors dead, 10 of which were Colombian.

Colombian PMCs, many having spent decades battling FARC in the jungles of Colombia, are preferred over other Latin American soldiers as being more “battle tested” in guerrilla warfare. Add to this, for years the U.S. effectively subsidized spec-ops and helicopter training in the “war on drugs,” helping create a unique domestic industry for the fighting of asymmetrical war. As a result, over the course of the last three decades, the number of domestic Colombian PMCs has proliferated.

This is the full extent of what Erik Prince and the UAE grasped – the military and police from Colombia are well trained in asymmetrical and constant conflict, and are less expensive than similarly trained U.S. PMCs. Colombian PMCs also have a history of working with little oversight from the Colombian government, constituting less of a PR risk. These traits are ever more valuable commodities in a world gripped by ever more civil conflicts.

And the export of Colombian security services is being helped along by Colombian government policy. Now that FARC is effectively defeated, Colombian Minister of Defense Luis Carlos Villegas is attempting to make the defense sector more profitable, because “the post-conflict period doesn’t mean a budget reduction.”

“The changed political and military context with the newly found peace in Colombia led our defense and security sectors to develop technology with an international focus,” Villegas said at the opening ceremony for ExpoDefensa 2017 (an annual expo of Colombian defense products).“[We want to] join the peacekeeping missions of organizations like the United Nations, the Organization of American States, the European Union, and the North Atlantic Treaty Organization.”

Yet, the drain of well trained Colombian soldiers has become a concern, as it potentially undercuts the effectiveness of the Colombian military.

“I can’t compete with Abu Dhabi,” said Villegas, explaining that the Colombian military was only able to pay less than 15% what fighters could make working in the Middle East.

The 1980s were a dramatic decade in Latin America, marked by multiple U.S. interventions and the war on drugs. The death of Pablo Escobar in 1993 and the crackdown on other cartels, were the last breath of this tumultuous period.

Yet, the battering of the cartels was a boon to the Revolutionary Armed Forces of Colombia (FARC), Colombia’s decades old left wing paramilitary group. FARC would rapidly take over the formerly cartel-controlled coca production. As FARC ascended, a new right wing paramilitary group, the United Self-Defense Forces of Colombia (AUC), came into being.

The AUC was a unification of assorted local anti-FARC defense groups and former members of Colombian drug trafficking groups. In fact, some of the primary leaders of the AUC were former lieutenants of Pablo Escobar.

While paramilitaries were running an extra-legal campaign against FARC, the government enabled a key reform to allow Colombian civilians to participate in the fight. Part of the Seguridad para la gente (Security for the people), the policy of Colombian President César Gaviria (1990-1994) was that if it was easier for local landowners and citizens to participate in self defense legally, they would be less likely to participate in other illegal activities, particularly the drug trade.

Decree 356 of 1994 loosened the regulations surrounding security companies. It allowed individuals or corporations to set up “special security services,” referred to as the Convivir (live together) for non-offensive operations, and allowed them access to heavy weaponry. They rapidly proliferated in rural areas where land holders, especially banana growers and cattle ranchers, contracted their services. 740 Colombian defense companies worked under the program as of 2014.

“The dilemma for the country is not to choose to have rural security cooperatives or not,” said then Defense Minister Fernando Botero Zea, arguing that non-government paramilitaries were inevitable. “The real choice is between allowing cooperatives supervised by the state or having the uncontrolled development of self-defense and paramilitary groups created outside the law.”

One of the most active advocates for the Convivir was Álvaro Uribe, who was elected as governor of Antioquia in 1994 and would go on to be president of Colombia. Antioquia was beset by violence, especially in Urabá, and Uribe, who came from a family of wealthy landholders, saw Convivir as a god-send for his province.

Determined to crush FARC, the Colombian military gave leeway and even support to the right wing paramilitaries as they engaged in campaigns of kidnapping, assassination, rape, and massacres, targeting FARC and civilians in FARC controlled areas.

By 1999, FARC-AUC violence had done serious damage to Colombia; the economy shrank by 4.5%, unemployment jumped up to 20%, and FARC had grown their fighting force to 18,000 taking control of almost one third of the country.

”Congress and the American people don’t want any servicemen killed overseas,” said former U.S. Ambassador to Colombia Myles Frechette. ”So it makes sense that if contractors want to risk their lives, they get the job.”

In spite of Congress’ hedging, the program received bad press when contractors working for Aviation Development Corp. misidentified a missionary plane as drug runners, shooting it down with the assistance of the CIA and the Peruvian Air Force. Two of the people in the plane, a mother and an infant, were U.S. citizens.

”There wasn’t one person aboard that plane sworn to uphold the Constitution of the United States,” one counter-drug operations veteran pointed out, referring to the private contractors in the plane. ”They were all … businessmen!”

Congress responded by limiting the number of U.S. citizens working as mercenaries in Colombia to 300.

From counter-narcotics to counter-insurgency

In spite of trying to keep its citizens out of the headlines, the U.S. Congress continued to balloon the program.

In July 2001, the Bush administration had advanced its own plan through Congress: the $675 million Andean Counterdrug Initiative. Months later, the 9/11 attacks caused Congress to kick the war on drugs down the list of priorities, and in August 2002 Congress increased military aid for Colombia and removed rules that forced the Colombians to use the aid almost exclusively on counter-narcotics.

“I guess we’re really *expletive deleted* now,” said Mono Jojoy, FARC’s second in command and chief negotiator, on December 24th, 2001, during his last meeting with the Colombian government’s chief negotiator, Camilo Gómez. Jojoy went on to be one of the many FARC members killed by the Colombian Air Force, which was flush with new U.S. technology.

The increased involvement by the U.S. made relying on paramilitaries to fight FARC politically unsustainable, and in 2001 the U.S. designated the AUC as a terrorist organization.

By the summer of 2003, the new President of Colombia, Uribe, was ready to unveil his new “democratic security” plan. This included a push to demobilize and disarm the AUC, and have the government take over the fight against FARC.

However, the demobilizations may have just been theater. There has been widespread reporting by human rights groups and the media that the demobilized soldiers were working for private security companies, and often continued to extract protection money. Some former AUC members also went to work protecting landholdings in Honduras, and assisted in plotting the 2009 Honduras coup.

What is more, demobilized AUC members started handing over documents to the police, revealing the extent of the ties between the government, military and the AUC. This “parapolitics scandal” sent 60 congressmen and seven governors to jail, and triggered investigations into over 11,000 politicians and businessmen.

The Convivir were also implicated in the scandal. Parapolitics revealed that these companies had been passing information between security forces and paramilitaries (often to facilitate assassinations), and had served as middle men for protection money for agricultural businesses such as Dole, Chiquita, and Del Monte. For example, Arnulfo Peñuela Marín, the mayor of Carepa, was found to have  used a Convivir as a liaison between the paramilitary “bananero block” and banana producers.

Many people close to Uribe were convicted, such as his brother, and in July of 2018, Uribe resigned from the Senate because he was being investigated for witness intimidation in another investigation into allegations that he founded a death squad.

One hurdle for Plan Colombia was the Leahy Law, which outlawed subsidising any unit of the Colombian military that committed crimes such as murder. Because of decades of civil war, it was difficult to find Colombian military units which were not implicated in any crimes. To fulfill the requirements of the Leahy Law, $600 million of the initial $1.3 billion aid package was directed to the training of elite counter narcotics battalions through the recruitment of vetted individuals.

These training spec-ops programs were replicated across Latin America.

“We’re restricted from working with them [foreign military forces], for past – ‘sins,’ in the 80s. The beauty of having a Colombia – they’re such good partners, particularly in the military realm, they’re such good partners with us. When we ask them to go somewhere else and train the Mexicans, the Hondurans, the Guatemalans, the Panamanians, they will do it almost without asking,” said current National Security Advisor and 2012-2016 Southern Command leader General John Kelly.

Another initial budget priority in Plan Colombia was helicopters, which ended up accruing $400 million. The decision was slightly controversial at the time, with Congress fighting over whether to supply the expensive Blackhawk helicopters or to upgrade surplus Vietnam era Huey helicopters.

”This would be a great relief package — for the state of Connecticut,” said Representative Cass Ballenger (R-NC), who was bitter that the Blackhawk won out. He argued that, even if you supplied the Colombians with a full package of Hueys, ”you’d [Congress] still have $100 million or $200 million left over to buy Democrats or Republicans or whatever you still needed [to pass the bill].”

One firm that capitalized on the influx of American helicopter equipment was Vertical de Aviación, which worked for the U.S. in Afghanistan. The firm accrued billions of dollars in contracts before the DOD found that it had shoddy safety standards for its helicopters, and that the firm was under the control of Byron Lopez Salazar, a storied money launderer for the cartels. 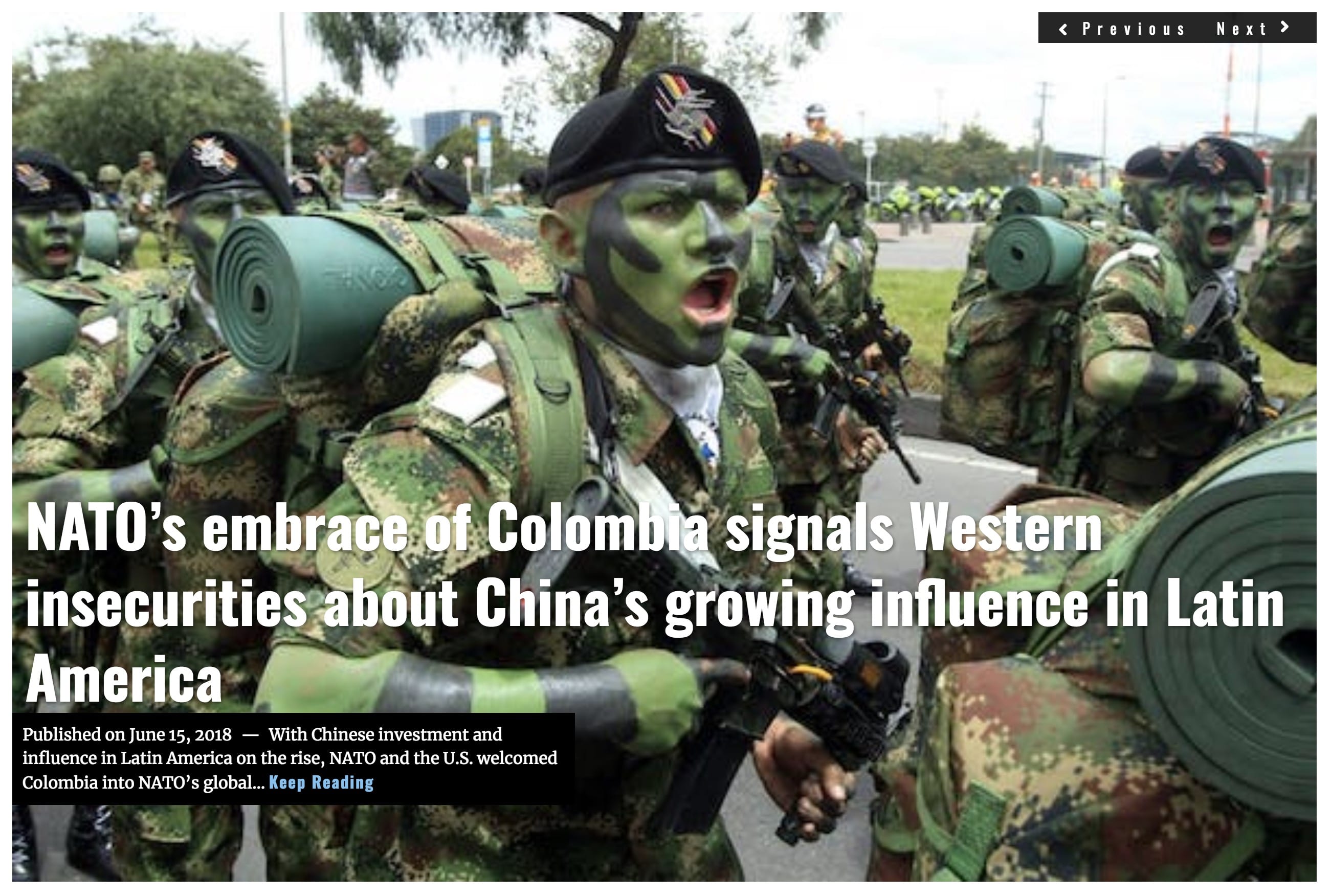 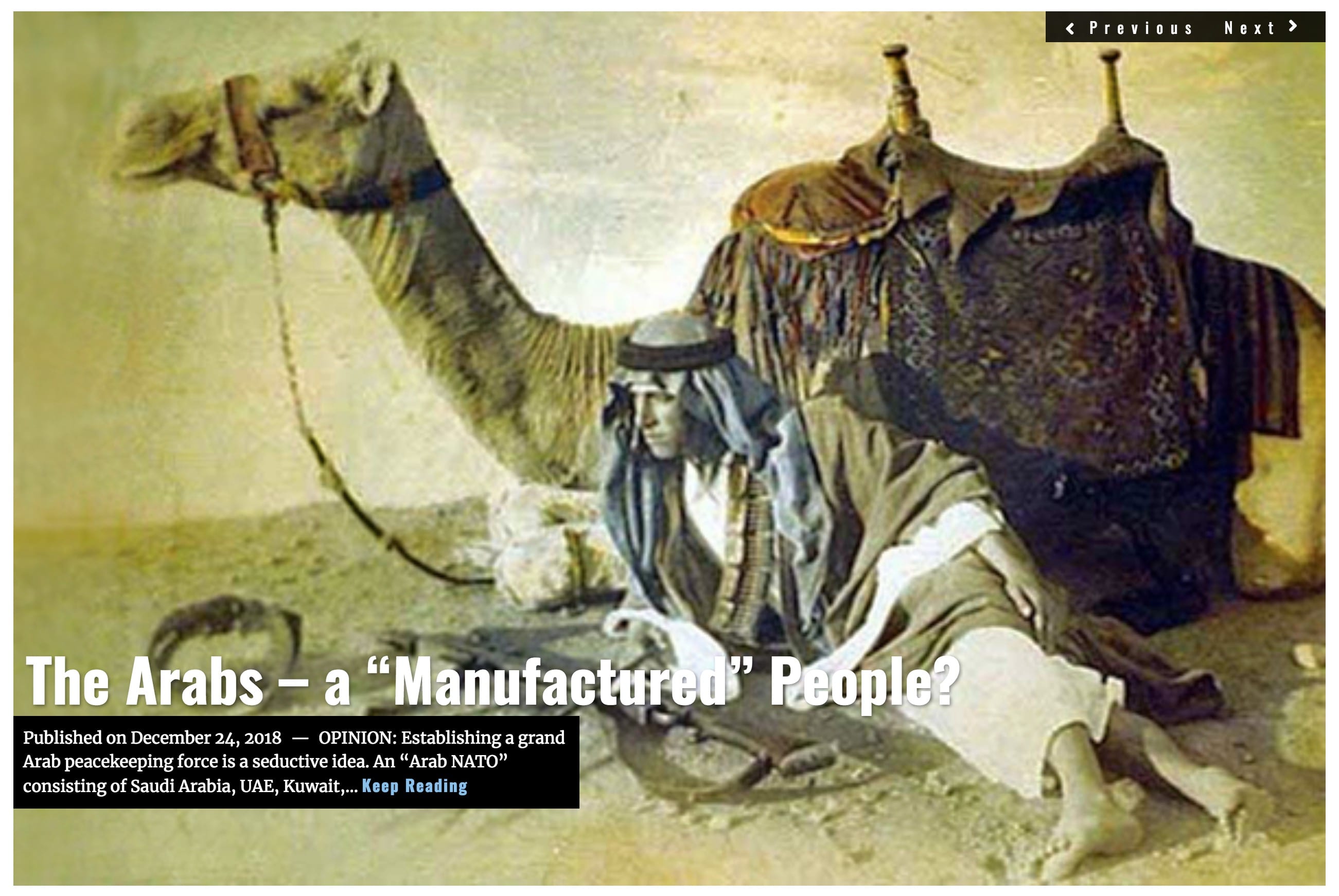 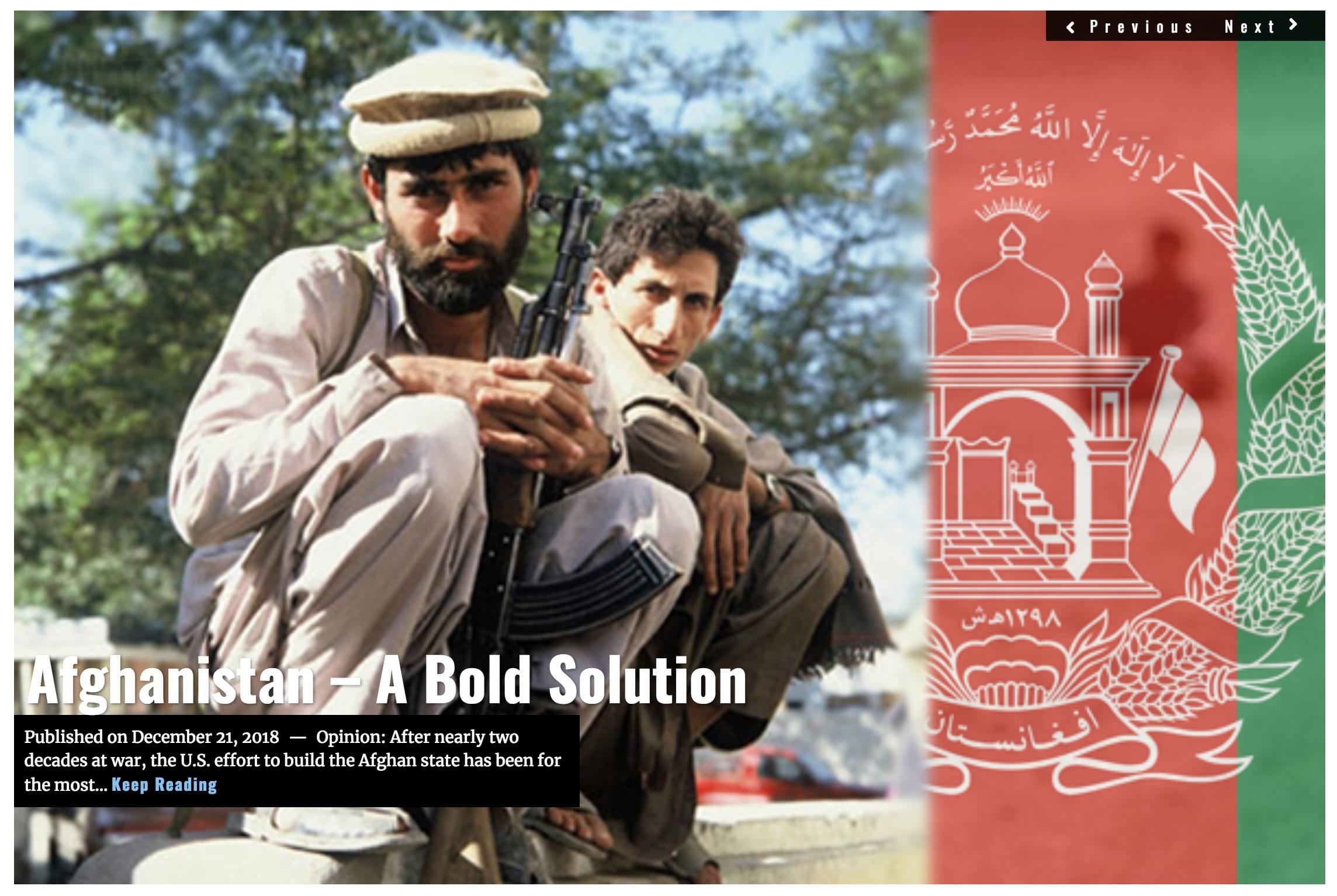 Colombia’s political swing to the far right may be helping