World Press Freedom Day reminds us that it’s the media’s role, our role, to work towards the advancement of peace, understanding and positive political discourse, crucial to any true democracy.

Every year, on May 3rd, the world marks World Press Freedom Day, a day UNESCO defines as one which “celebrates the fundamental principles of press freedom; to evaluate press freedom around the world, to defend the media from attacks on their independence and to pay tribute to journalists who have lost their lives in the exercise of their profession.”

World Press Freedom Day was proclaimed by the UN General Assembly in 1993, a response to a call by African newspaper journalists who, in 1991, produced the landmark Windhoek Declaration. That declaration, the result of years of intimidation, imprisonment, and censorship of journalists across Africa, called for free, independent and pluralistic media throughout the world. It also clarified that a free press is essential to democracy and is a fundamental human right.

For our cherished readers, and those not yet aware of Lima Charlie News, Lima Charlie was established almost a year ago to provide global news, featuring insight and analysis by military veterans and intelligence professionals from around the world. Lima Charlie has sought, not just to tell the inspiring stories of men and women who have served their countries – often in the most challenging environments in the world – but to provide content on a wide range of news topics through their unique lens.

But most critically, and the reason we created Lima Charlie, is the mandate proclaimed in our mission statement: “Lima Charlie journalists seek to investigate and report the truth, with unparalleled access and a noble eye towards promoting peace, understanding, and positive political engagement.”

We believe to our core that it is indeed the media’s role, our role, to work towards the advancement of peace, understanding and positive political discourse, crucial to any true democracy. For the men and women in our team that have seen conflict firsthand, that have made great sacrifices to ensure peace and security, and that have fought to protect a noble and free press, the role of the media “in advancing peaceful, just and inclusive societies” is an equally honorable mission. We strive to accomplish this mission every day.

“We honor those men and women who work tirelessly, often at great personal risk, to tell the stories we would not otherwise hear. They are the guardians of democratic values and ideals … Ethical and transparent media coverage is foundational to free and open societies. It promotes accountability and sparks public debate. Societies built on good governance, strong civil society, and an open and free media are more prosperous, stable, and secure.”

These are noble ideals, but unfortunately, we have seen attacks on free press and the intimidation of journalists multiply among not just our proclaimed adversaries, but our allies, and even in our own backyard.

There’s much work to do.

Please join us in our mission, and please support journalists worldwide who tirelessly and fearlessly work to keep alive a free and independent press. 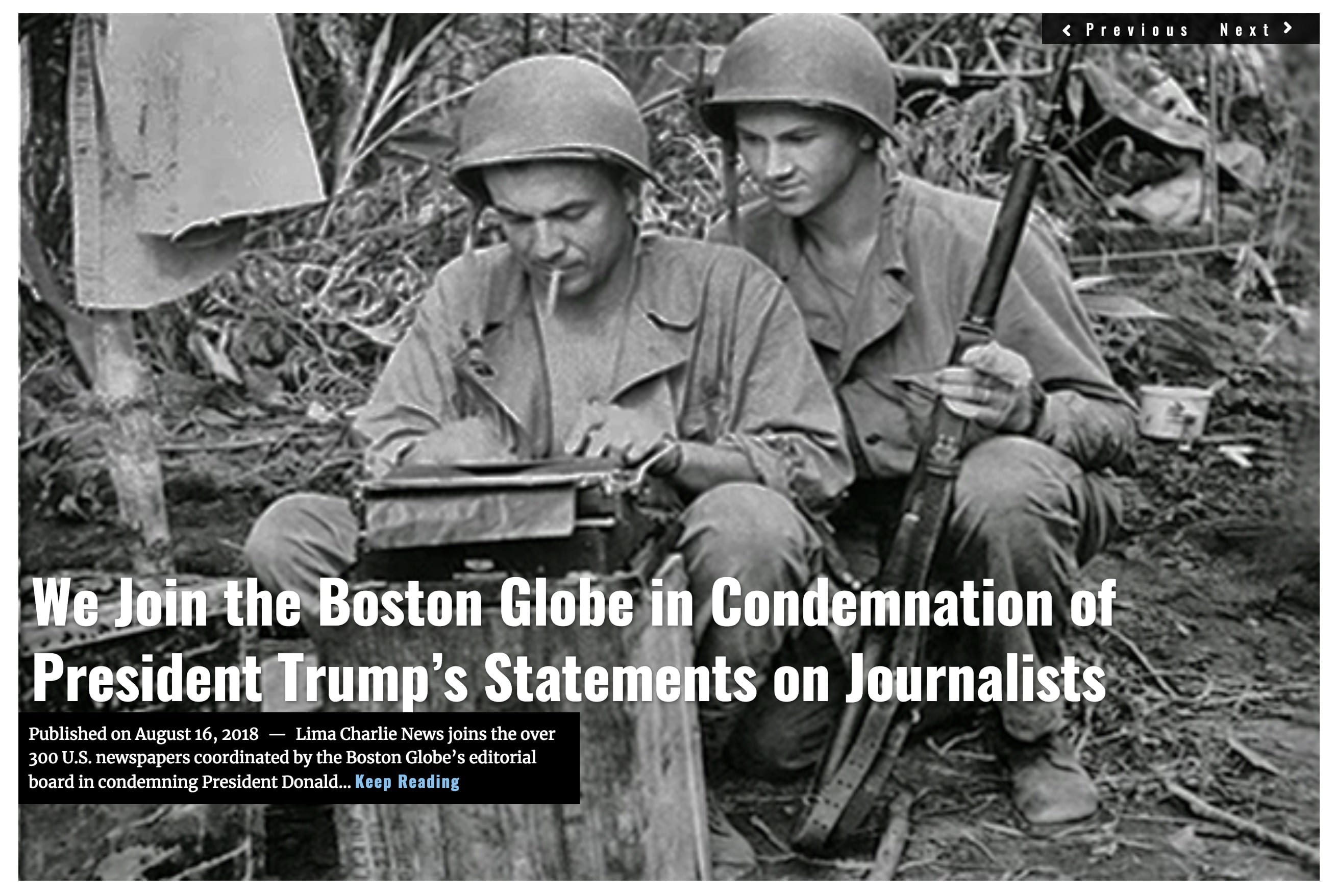