A U.S. Navy Veteran and Native American speaks candidly about why America needs to stand for the Standing Rock Sioux Tribe.

As summer comes to a close, while BBQ’s are being flamed up one last time, the media wants many of us to get caught up on choosing sides about the appropriateness of athletes sitting down during the playing of the national anthem, or trading “worst-ever” conversations about the upcoming Presidential election. A topic few are being encouraged to discuss is the issue that inspired hundreds of Native American tribes across the USA to unite and take a stand: the building of the Dakota Access Pipeline. This is the first time since the Native American movement of the 70’s that tribes have come together for a cause.

For those not following the protests, the Dakota Access Pipeline is a $3.7 billion project that would cross four states, North Dakota, South Dakota, Iowa and Illinois, with 1,168 miles of oil pipeline. It would stretch from the oil-rich fields known as the Bakken Formation near Canada, and carry an estimated 470,000 barrels of crude oil a day.

The U.S. Army Corps of Engineers approved the project, granting final permits this past July. But on July 27, the Standing Rock Sioux Tribe sued the Corps, seeking declaratory and injunctive relief to stop construction. The lawsuit claims the Corps has violated federal law and that the pipeline “threatens the Tribe’s environmental and economic well-being, and would damage and destroy sites of great historic, religious, and cultural significance to the Tribe.” [Complaint here; Motion here; recent Declaration here].

There is no doubt that countless sites sacred to the Standing Rock Sioux Tribe, containing great spiritual, cultural and historic significance, are in dire threat of being destroyed. So why is this not receiving the attention it deserves?

This is not just another battle against big oil companies. We have waged the Keystone battle already on many of the same issues. It is because those affected this time are not just Native Americans, but some of the most persecuted and forgotten of the Native American tribes. It is not only an uncomfortable return to the horrors of Wounded Knee, but a “Native Lives Matter” reminder that the United States was built in large part on the genocide of Native Americans and the use of Natives as slave labor. This is the story you were not taught in grade school. It’s the story of our nation that many feel is taboo, and not open for discussion. But here it is. Again.

Despite harsh treatment for centuries, the U.S. Native American population claims the greatest number of people per capita who have served in uniform.

For years, I have maintained the silence and learned to keep my mouth shut about the true story of Native American history in America. I have loyally served our country as a U.S. Navy 9/11 Combat Veteran, but as a Native American from the North Fork Rancheria (Mono Indian) tribe located near Yosemite, I am well aware of our people’s generational struggle. (My Native American name is Pia (pronounced Pi-Ya), which means water). And, despite the harsh treatment of Natives for centuries, the U.S. Native American population claims the greatest number of people per capita who have served in uniform. We, yes, WE, stand when the national anthem is played and WE stand together at “Standing Rock” because this was our land before it was confiscated.

Why does it matter? Why are so many tribes coming together for this cause? One reason is because many tribes share the same issue regarding Native American land rights. These Native American land rights are tied into treaties that were signed over 100 years ago with the US government, treaties made with over 500 tribes. Within these treaties, the government set aside land for Native Americans to live on, known as “reservations.” In reality, the term “reservation” was just a fancy way of saying, “the least productive, least attractive piece of land we’re willing to give you.” 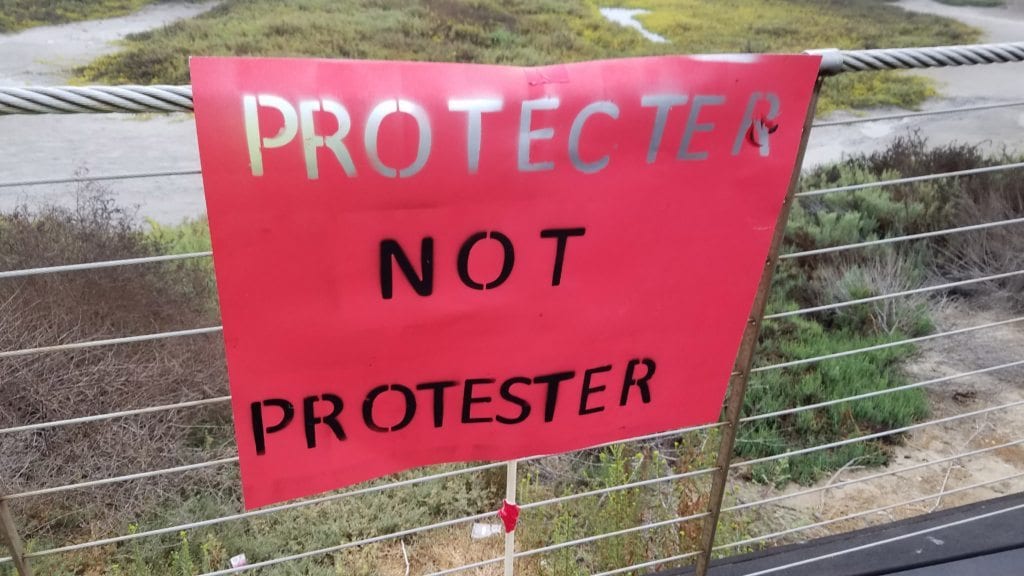 One of those treaties signed by the U.S. was the Fort Laramie Treaty of 1868, which is tied to “Standing Rock” reservation. It was signed with the Lakota, Dakota, Arapaho, and Cheyenne tribes. This treaty gave a permanent reservation for the Sioux in all of South Dakota west of the Missouri River, and the Indians in turn released all lands east of the Missouri River, except the Crow Creek, Sisseton, and Yankton Reservations. In this treaty, the government promised that “non-natives” would not enter the Sioux reservation without Sioux permission, and that further negotiations must be done with the approval of Sioux leadership. Yet, ever since the discovery of gold in 1874, that treaty has remained broken for decades.

The reality is that Tribal Country (reservations) are far away from society, jobs, good healthcare and education. Also, in many cases, like my tribe, we have no access to electricity, sufficient plumbing and almost always no access to cell towers & Wi-Fi. We are completely isolated. So why would anyone want this undesirable land? The answer is, natural resources like gold, natural gas, oil and water. Simply, the U.S. government has broken treaties because of this, allowing oil companies to desecrate Native American burial sites across America.

The term ‘reservation’ was just a fancy way of saying ‘the least productive, least attractive piece of land we’re willing to give you.’

This story is mirrored in the lives of many other Native Americans. This is why Natives are standing up for “Standing Rock”. This has been our story for centuries. We have fought and will continue to fight to protect our land. We will do this despite centuries of broken promises and lopsided treaties.

We Native Americans have suffered to protect the land the U.S. government and big oil is now trying to destroy. This land not only has cultural significance to us, it provides a lifeline to our people: clean drinking water. As we have seen time and time again, building any pipeline almost always means polluting clean drinking water. To name just a few recent catastrophes, the Gulf of Mexico oil spill, and the Yellowstone and Ventura County oil spills come to mind. Once that water is polluted, it will be gone forever. That water will not return, ever.

This is what’s happening at Standing Rock. Clean drinking water sources are being destroyed and we will never get those back. Sacred Native American burial grounds are also being destroyed at Standing Rock and throughout Native reservations across America. Without action, we will never get clean drinking water, or our sacred sites back. It’s a travesty and a tragedy.

Such great sacrifice begs us to ask ourselves, our friends, our families some hard questions:

Isn’t it way past the time we weaned ourselves off of fossil fuels? It’s 2016! Isn’t it time to stop thinking like a dinosaur?

From the time I was a child, I was taught to protect and respect our precious Earth.

Do you believe having clean drinking water is a basic human right?

Truly ask yourself these and many related questions. 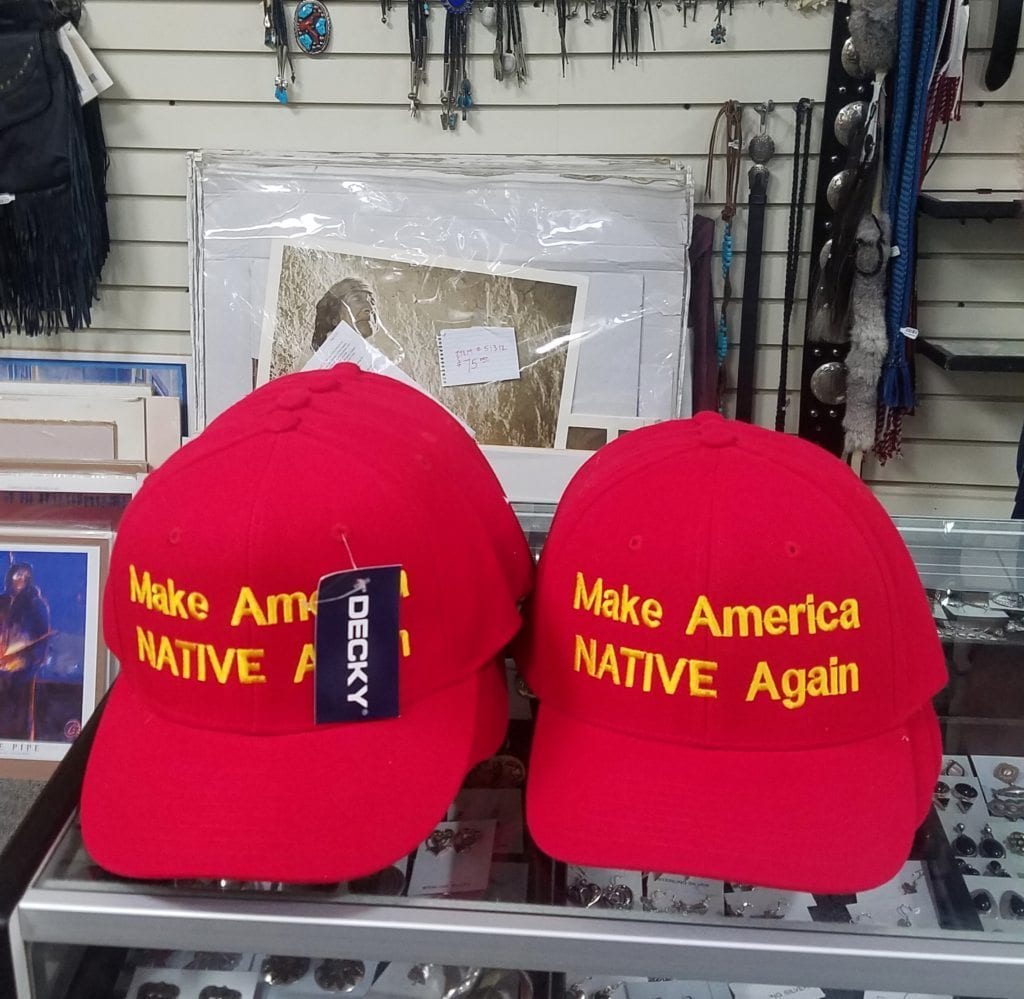 In 2013, I was honored by The White House as a Champion of Change (Veteran Advancing Clean Energy and Climate Security). I founded a veteran-run green energy company and have brought my childhood lessons to bear in the business world.

So I ask, respectfully, as a Native American, United States Veteran, clean energy advocate and business woman, for all of us to pay as much attention to this issue as we would a millionaire athlete, a Hollywood movie star, or the latest reality TV special. This is more than just a pipeline. This is about protecting clean water resources; building on sacred burial sites; centuries of broken promises. This is about caring for a truly important issue to all Americans, and about protecting this Earth that we all share.

Please read and follow the case and materials cited above, as well as planned rally information, and please spread the word. 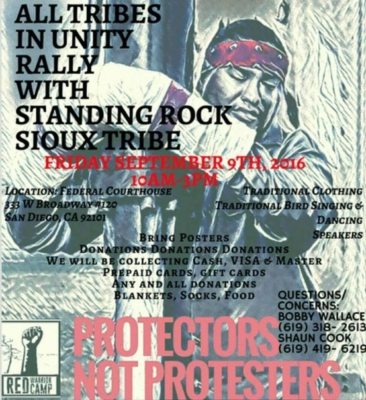 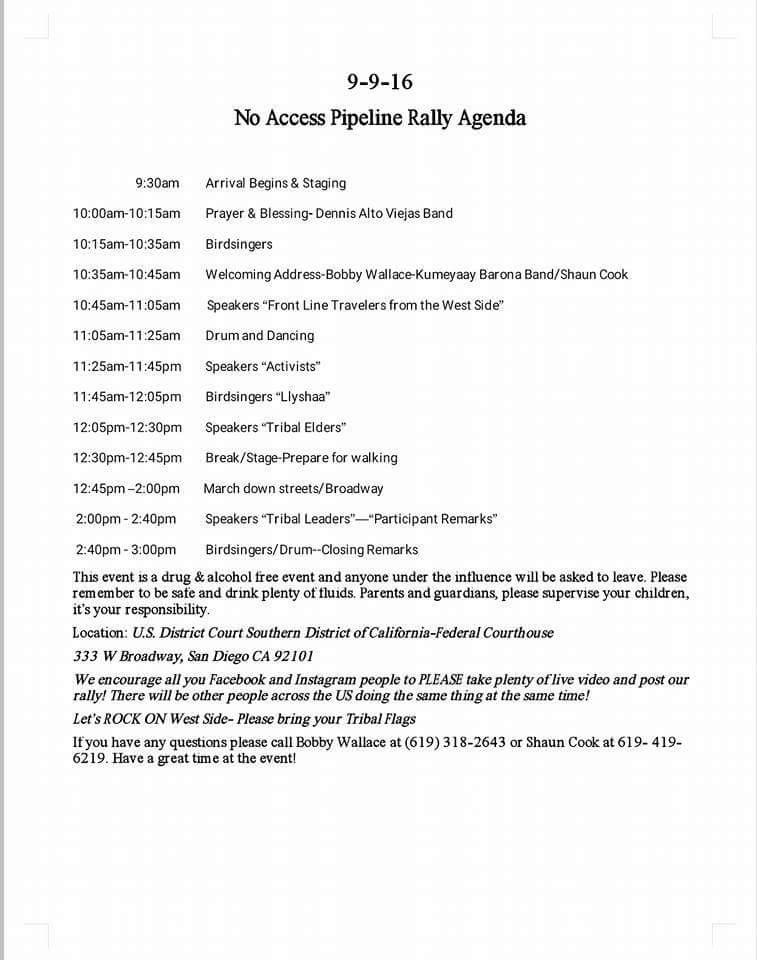 Liz Perez (Aviation Logistics Specialist, U.S. Navy) is a Senior Correspondent for Lima Charlie News. Liz served in the Navy for over eight years with several deployments in the 5th and 6th Fleet, before founding GC Green Incorporated, a veteran-owned “Green Build” general contracting and consulting firm. In 2013, Liz was honored by The White House as a Champion of Change – Veteran Advancing Clean Energy and Climate Security.

[All images by Liz Perez]