The fight for Mosul did not have to be this difficult.

There is a hard lesson here for the battle for Mosul.

After ISIS forces poured into Iraq in the summer of 2014, the US was too slow at every step to respond. The Obama administration chose to rely on air power and advisors to support the Iraqi Army instead of putting US troops in the lead. But for many years, the advisors were too limited in what they were permitted to do.

It was not until nearly two years into the fight the US finally allowed advisors to be embedded at the battalion level so they could provide adequate operational support. Air support was always available, but it had to be steadily increased during the campaign because the Obama administration initially underestimated the need. The number of US troops on the ground had to be increased steadily for the same reason.

Compounding these deficiencies, Kurdish forces were also highly underutilized. It was not until last spring that the US gave Kurdish fighters around Mosul access to the kind of financial and material support they needed to make a difference in the fight.

The result has been a slower advance against ISIS than what was possible. ISIS used the time they were given to their advantage. Just as Union troops capitalized on the reprieve given to them by the failure to take Culp’s Hill to fortify their positions, ISIS spent the last two years turning Mosul into a fortress. Defenses were reinforced around the ring berm so it would be more difficult to assault the outskirts of the city. Sniper positions and booby traps were set up throughout the city. Buildings were demolished clearing open spaces for better fields of defensive fire. The threat of rigged explosives on bridges across the Tigris River slowed the advance of Iraqi troops.

As a result of lost time and ISIS reinforcement of defensive positions, the fight to retake Mosul has been much more of a challenge than projected by allied leaders. 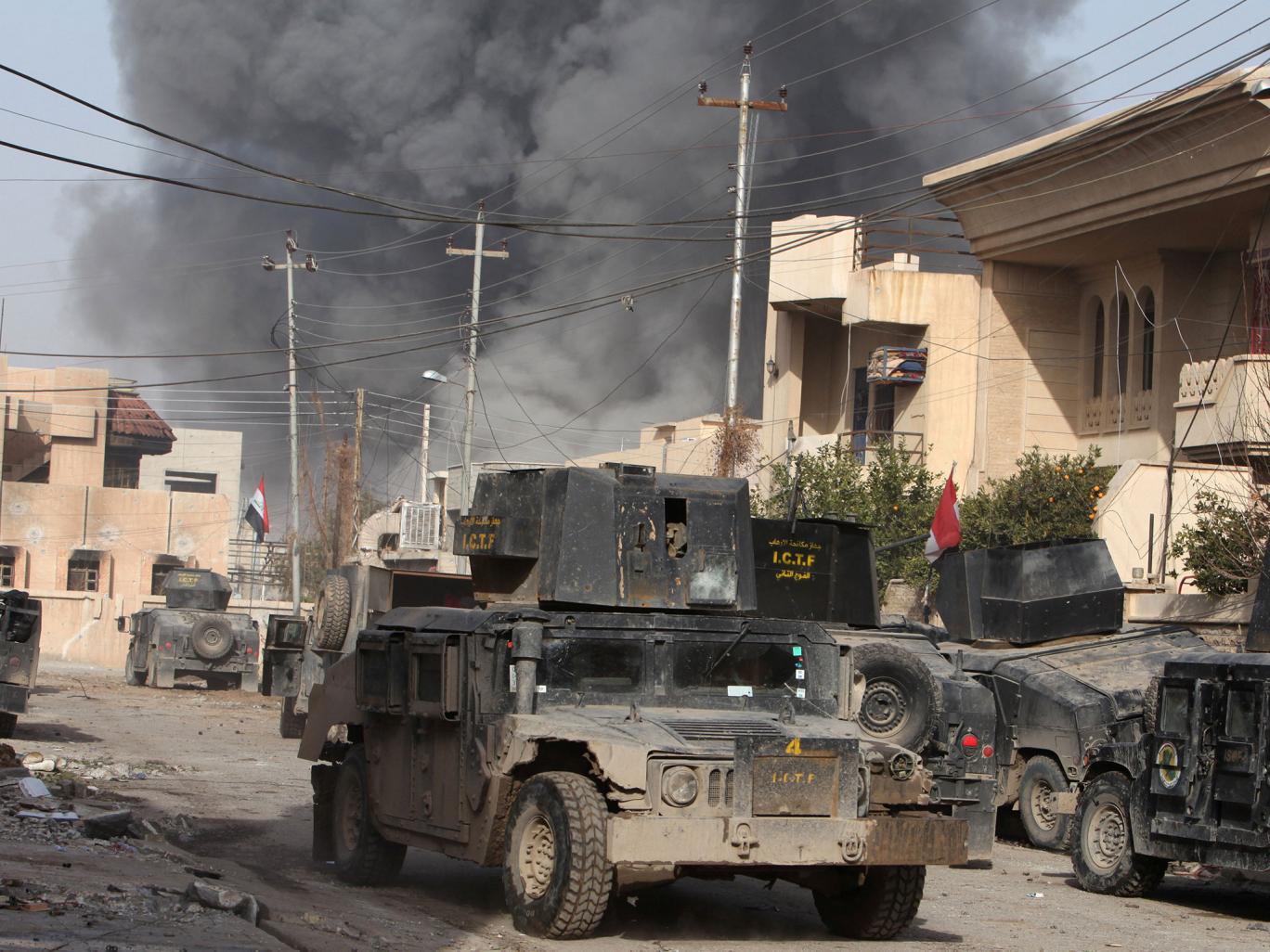 In August of 2016, Pentagon sources leaked to Politico that they believed it possible to retake Mosul by October, in time to boost Hillary Clinton’s chances in the election. This prediction was hilariously wrong. Iraqi Prime Minister Haider al-Abadi’s boast that the city would be retaken by New Year has proven only slightly less ridiculous. The move to retake Mosul did begin in October, but as of today, the battle still rages.

Estimates are that about a million civilians still reside in Mosul, with an estimated 750,000 trapped in the western part of the city. In cities such as Ramadi and Fallujah, the civilian population was almost totally driven out. This meant Iraqi troops could rely on US air support to devastate ISIS positions without the risk of civilian casualties. In Mosul, Iraqi infantry have had to clear ISIS militants in dangerous house-to-house searches.

Added to the difficult human terrain, Mosul’s physical terrain is more challenging than previous battles. The city of Ramadi encompasses 70 square miles, with Fallujah a compact 10 square miles. Mosul, by contrast, spans over 250 square miles. There simply is so much more to retake.

Much of this was unnecessary.

The battle for western Mosul, the administrative heart of ISIS, began February 19. By March 1, the Iraqi Army had taken control of the last major road to western Mosul, effectively cutting it off from Tel Afar. By March 3, Iraqi forces captured Wadi Hajr district allowing forces to link up south of the city. As Iraqi forces currently move into Mosul’s city center, the hardest fighting may still lay ahead. 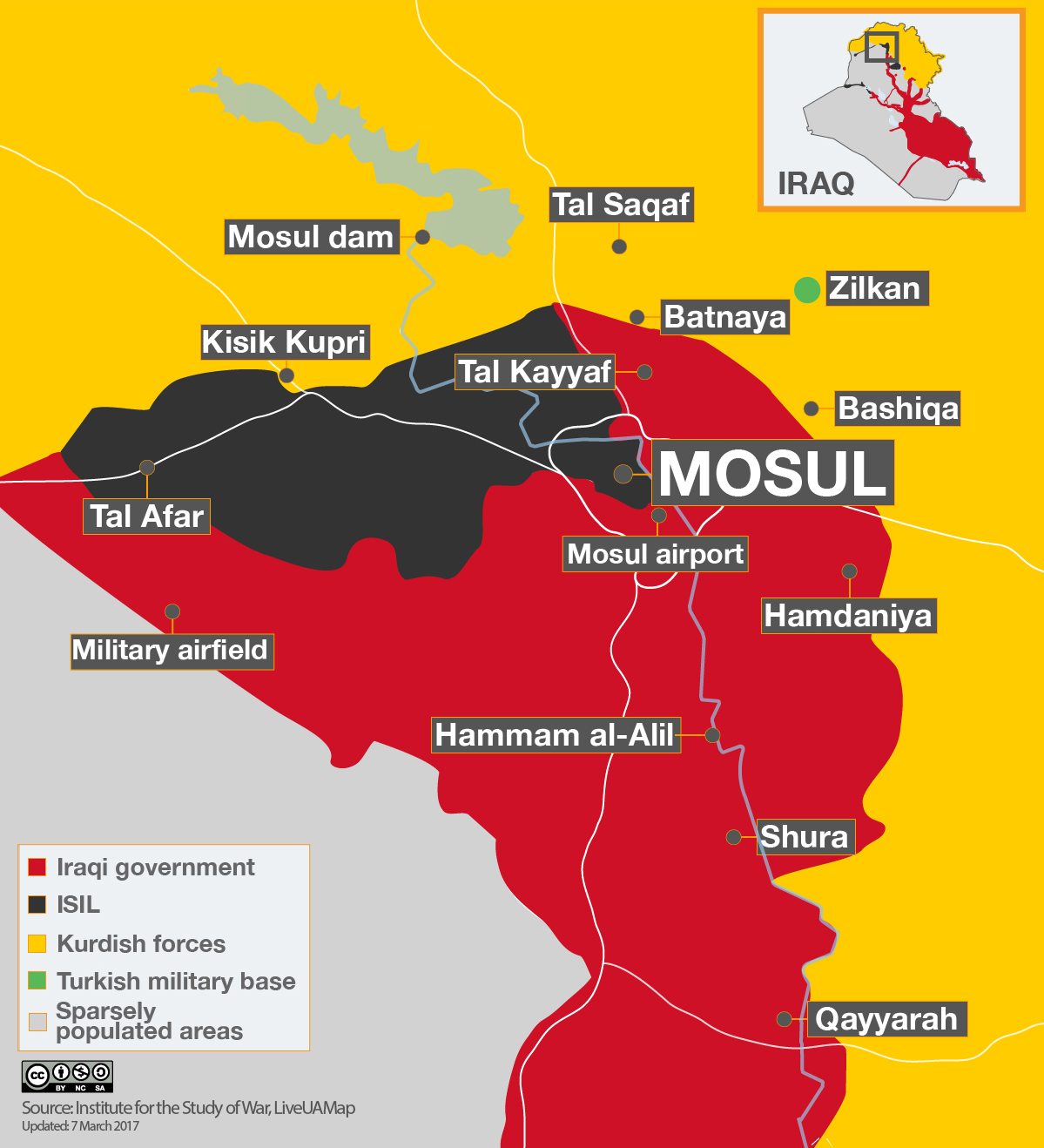 The US general in charge of the fight recently said the battle was the hardest fighting the world had seen in many years and that fighting in Mosul’s Old City would be even harder. The Old City is a dense maze of alleys and back ways that date to medieval times. Most are too narrow for vehicles to pass, and must be taken on foot without armored support. Iraqi troops have faced countless ambushes from forces that know the city better than they do, a problem magnified in the tightly packed buildings of the Old City.

The difficulties of limited air support have become more evident during the advance. On January 13, 8 civilians were reportedly killed in an air strike targeting an ISIS commander. On March 6, reports surfaced that a coalition airstrike on the city’s train station had by mistake killed 33 former troops held there as captives by ISIS. Estimates of the number of displaced civilians from western Mosul are now upwards of 46,000 people, with numbers expected to climb as the battle presses closer to residential neighborhoods.

#IRAQ: Battle for #Mosul rage – Iraqi forces secured the Museum earlier today. Advances are being made, but at high costs on all sides.

While Iraqi officials do not give figures, it is estimated that some Iraqi divisions have sustained casualty rates upwards of 30 percent. By December 2016, the Iraqis had lost over 2,000 soldiers, at an average of 16 per day. That number has since climbed far exceeding what was predicted.

It should be noted that much of this was unnecessary. ISIS was able to take and fortify Mosul and other areas of Iraq because of a conscious choice made by the United States to withdraw its military forces from the country. The US then made the choice of letting Iraqi forces take the lead in the fight against ISIS. Sending large contingents of US ground troops to lead the fight was out of the question for the Obama administration. Instead, the US relied on advisors and air strikes in support of Iraqi troops. Compounding these mistakes, US advisors were too limited for years.

It is understandable that the United States did not want to be drawn back into a costly war. Yet, the decision to rely so heavily on Iraqi forces and to move so slowly in providing support was a mistake that has cost lives. The US has been involved in this fight for two years and five months, and still ISIS has a hold over one of Iraq’s largest cities. A more aggressive strategy would have defeated the Islamic State at a much lower cost, in a shorter time, and with less devastation to the Iraqi people.

John Ford is a reserve Captain in the US Army and a writer on terrorism and global security.  His views are his own and do not represent the views of any government agency. You can follow him on twitter at @johndouglasford. 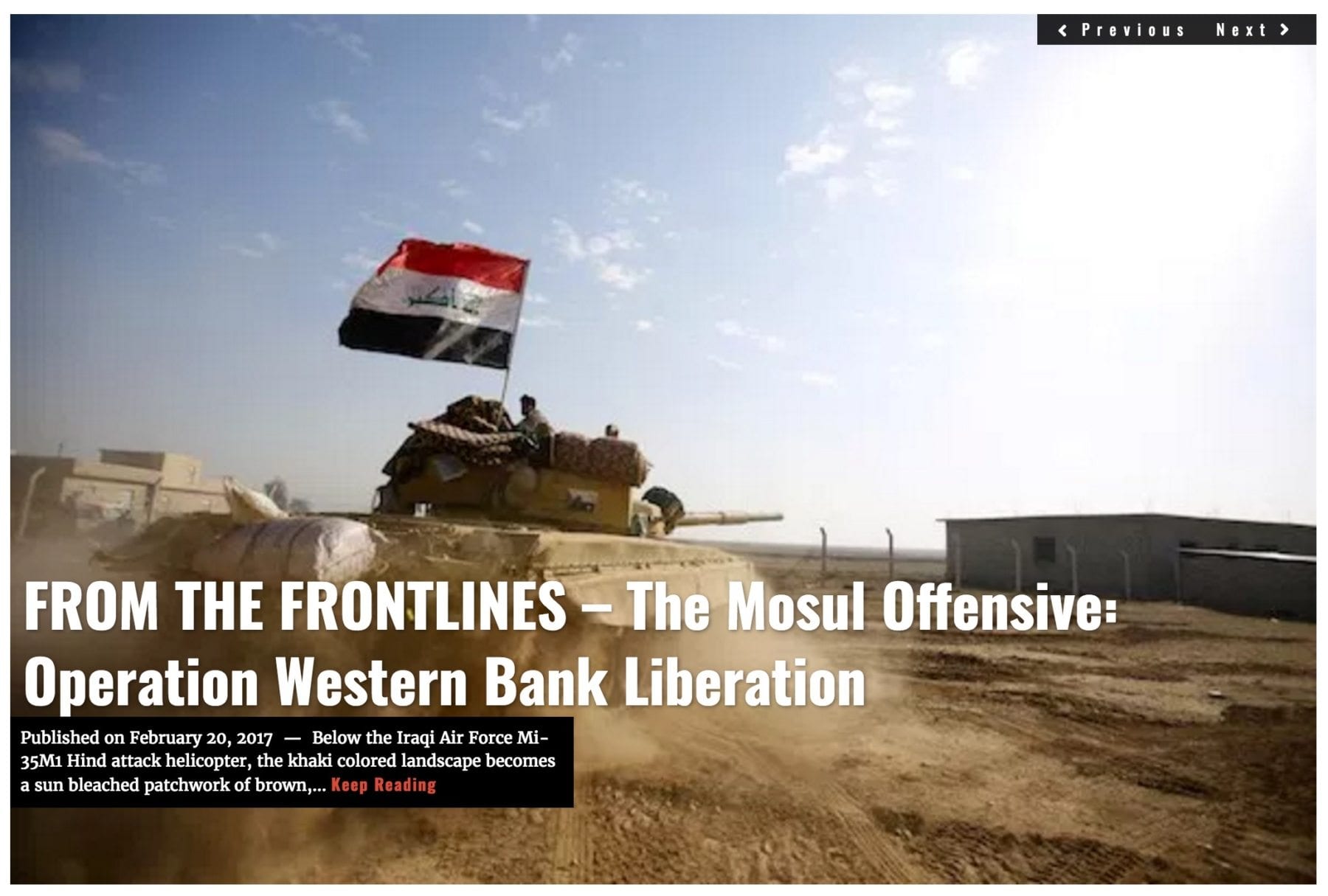