Early reports indicate that the outer perimeters of the dam, facing the Furat approach, have been taken by the advancing Kurdish Special Operations forces. The real battle, however, will be for control of the middle of the dam, and the reinforced ISIS positions on top of, and inside the dam. These positions are believed to be secured with high explosives and dead man’s switches.

US and French forces take control of large parts of Eurphrates Dam https://t.co/5n7iDBvoGT via @AlArabiya_Eng pic.twitter.com/5erh7m02Hg

In addition to the ongoing air assault, two ground offenses towards the dam are ongoing to support the assault. Both are spearheaded by the SDF, with the combined might of the US military. US Special Operations forces are fighting alongside their Kurdish allies, while US Marine Corps artillery units hammer enemy positions, and US military air capabilities fly low to shield allied militia troops from ISIS positions.

#SYRIA: Reports of "at least" 3 US Soldiers having been injured during the initial midnight attack on the Tabqa dam area. 4 SDF men died.

The two fronts are quickly moving from the Sweidiyeh area, SDF forces having reached the Euphrates River north of the dam, and the second front moving from the east of the river towards the south of the dam. Throughout Thursday, the east-to-south moving frontline saw heavy clashes against pockets of Islamic State fighters as forces sought to secure the international road from Aleppo to Raqqa. 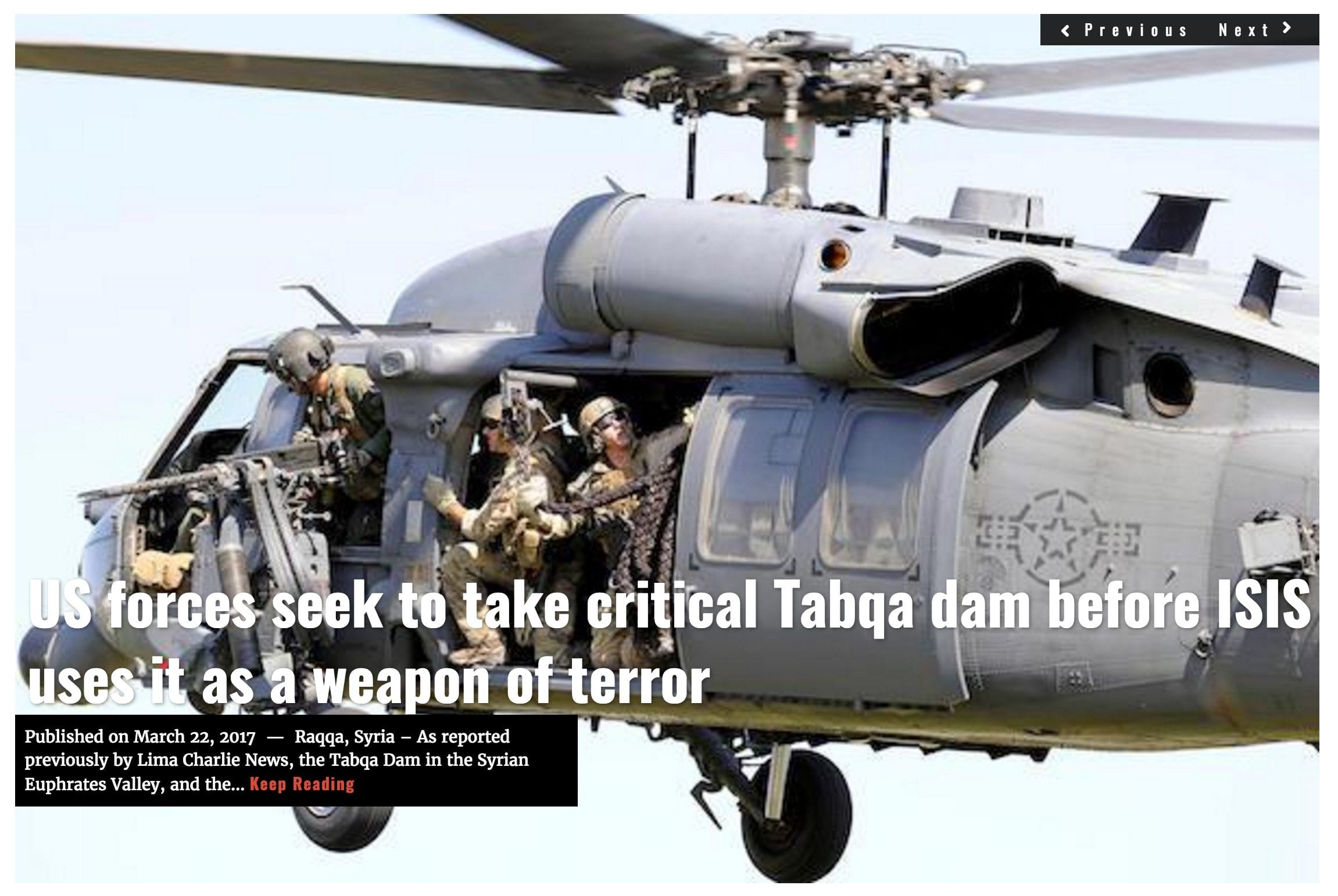 Hours later Turkish President Recep Erdogan stated that the “interest shown to YPG by US and Russia upsets us,” in regards to the anti-ISIS coalition support for the advancement on the Tabqa dam and al Raqqa city SDF forces.

Thousands of men and women are now engaged in the race to liberate the Tabqa dam from the Islamic State’s grasp. The control of the dam will in turn control, to no small extent, the outcome of the coming offensive on the capital of the Caliphate, the city of al Raqqa.

Late Thursday, SDF units were able to push the remaining ISIS elements out of Kerame, east of al Raqqa, and early Friday morning the town was announced secured. During the battle for the town, several VBIEDs were destroyed and what is described as Katyusha and mortar rockets were seized.

As towns such as Kerame are secured by coalition forces, the civilian populations are evacuated to camps outside of the battle zones, with the promise of being returned to their homes as soon as the ISIS presence in al Raqqa has been driven out. Two of the locals from Kerame being evacuated by SDF forces stated that they had not been harmed in the street-to-street fighting, and that coalition airstrikes had not hit civilian targets, appearing to only hit ISIS ground targets. Others being evacuated from the town also expressed relief that it was a coalition of local Arabs and Kurdish forces from the area, along with Americans, that were coming to retake the area.

The advancing SDF forces from the now secured Kerame town came under fierce attack on Friday afternoon as they were advancing towards their next objective. Definite reports from the engagement is still not available at the time of writing.

“France has always said that Raqqa was a major objective,” the French Defense Minister stated on Friday. In order to control al Raqqa safely, the offensive on the Tabqa dam and its namesake city must be successful.

Tabqa is a city in northern Syria, by the Euphrates River, located some 50km from Raqqa, and 115 km from Aleppo. Tabqa, the dam, and al Raqqa, all fell to the emerging Islamic State in 2013. As reported previously by Lima Charlie News, ISIS has repeatedly threatened to destroy the dam, flooding the region, should it be attacked. Such an act would result in the death of tens of thousands, and change the face of the land for the foreseeable future.

Construction of the dam began in 1968, in an international effort, after intense archaeological digs were carried out in areas around Tabqa city that would be affected by the waters of the dam reservoir. The Tabqa dam was completed in 1973, largely thanks to aid given by the Soviet Union. The dam is situationed on Lake Assad, which works as the reservoir of the dam, being the largest body of water in Syria. The hydroelectric power plant constructed with the dam was completed in 1977 and provided large areas of northern Syria with electricity, including electricity for the larger cities in the country – such as Hama, Aleppo, and Damascus. Since the dam fell under control of ISIS, the dam has only been providing limited electricity to the immediate areas around the dam.

Tabqa and al Raqqa have retained their historic strategic location, connecting trade routes between the larger hubs of Syria and Iraq – such as Mosul and Baghdad. Through the road networks that interlink at Tabqa, ground transportation to al Raqqa, Deir ez-Zor and Iraq, is possible.

During its reign of this strategic position, ISIS used the geographical position to generate revenue, taxing the trade of goods that had to travel through their controlled area, as well as facilitating the trade of crude oil sales under their control to oil brokers in Syria, Iraq, and Turkey. This in turn facilitated ISIS operatives to create large stockpiles of weaponry and reinforce their positions in the al Raqqa and Tabqa areas. 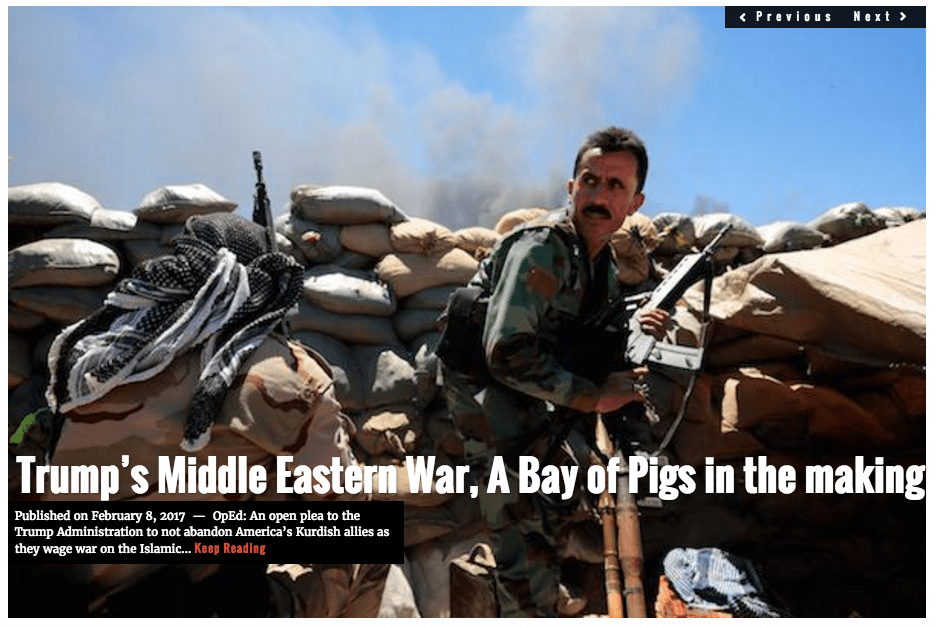 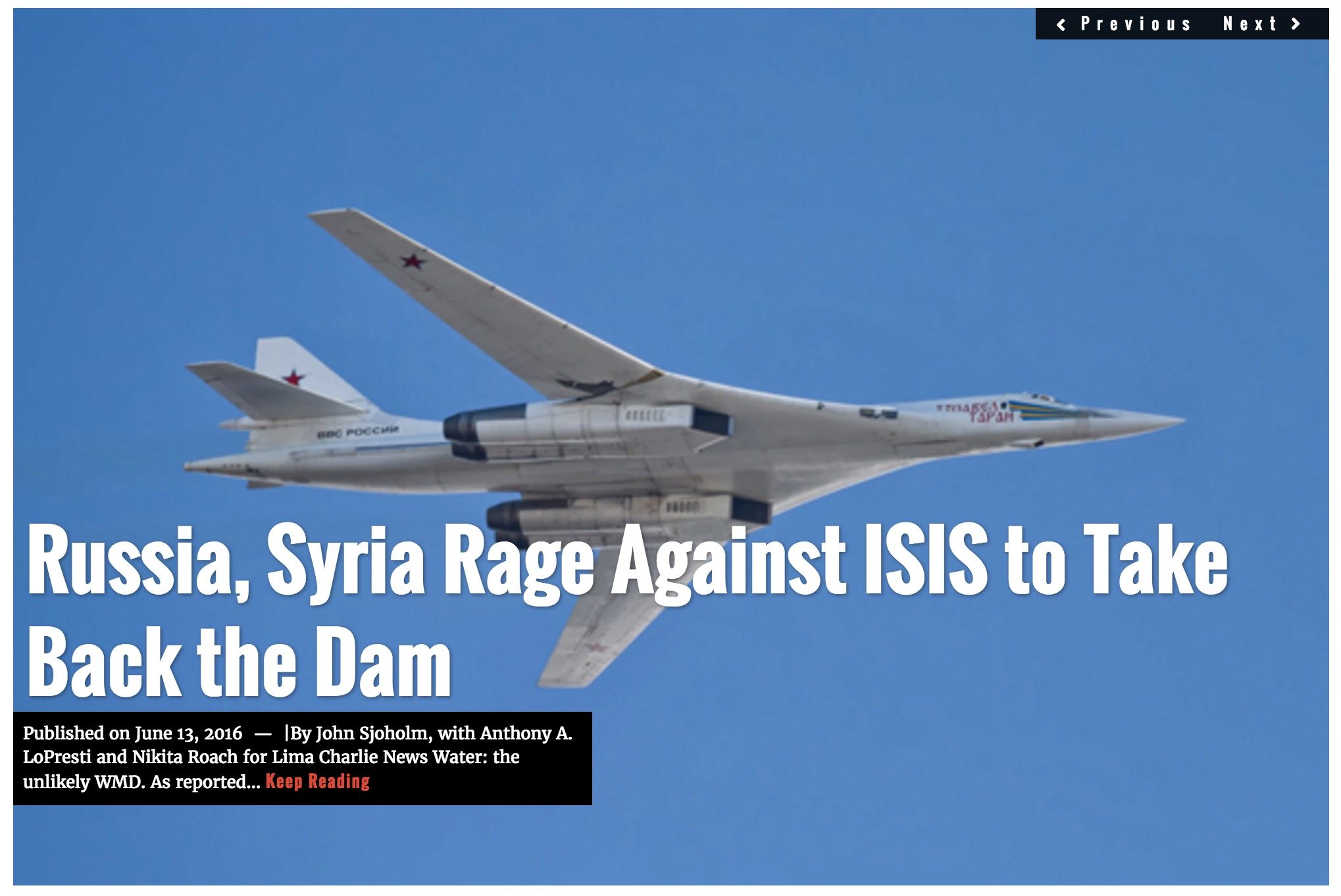 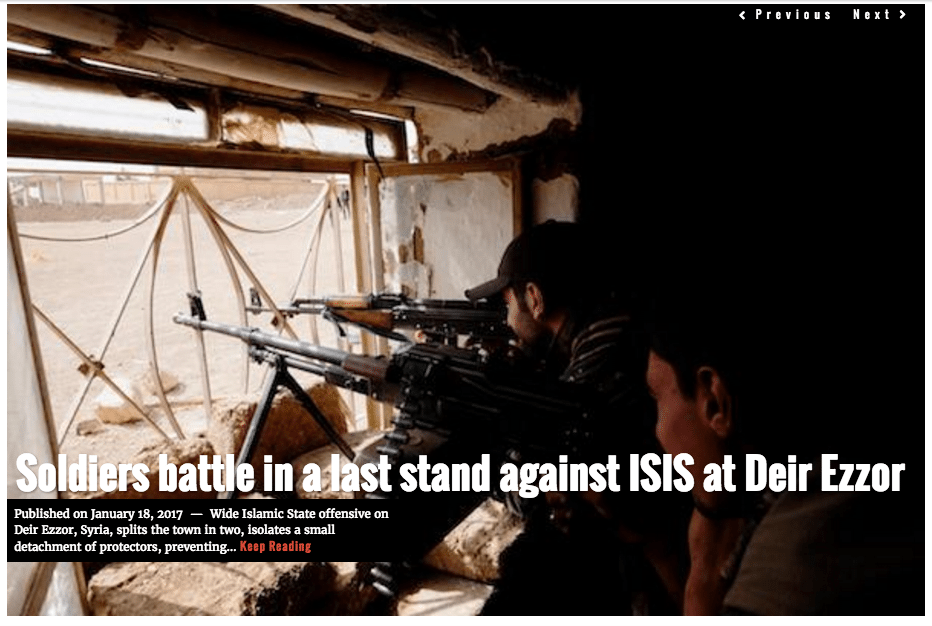 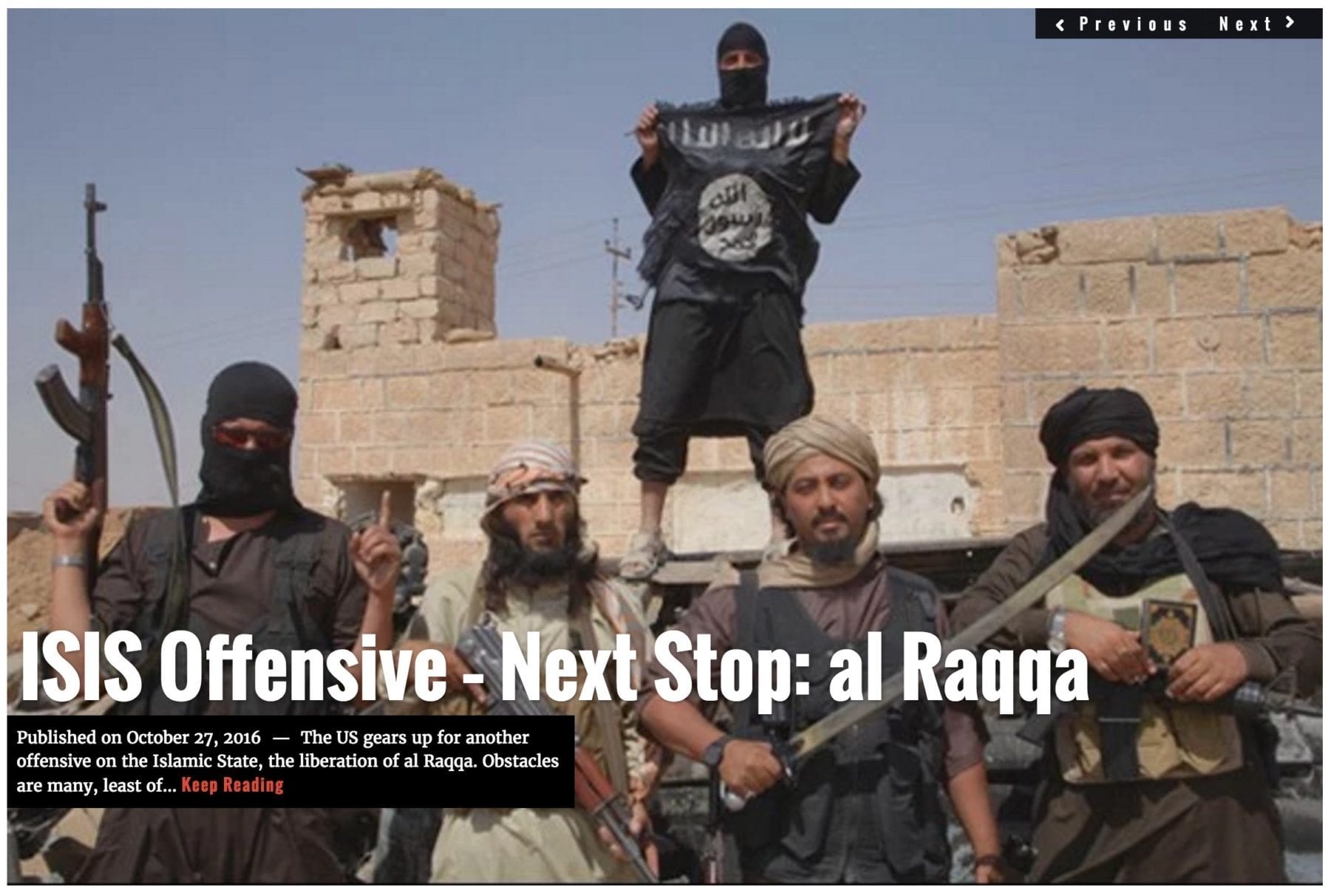 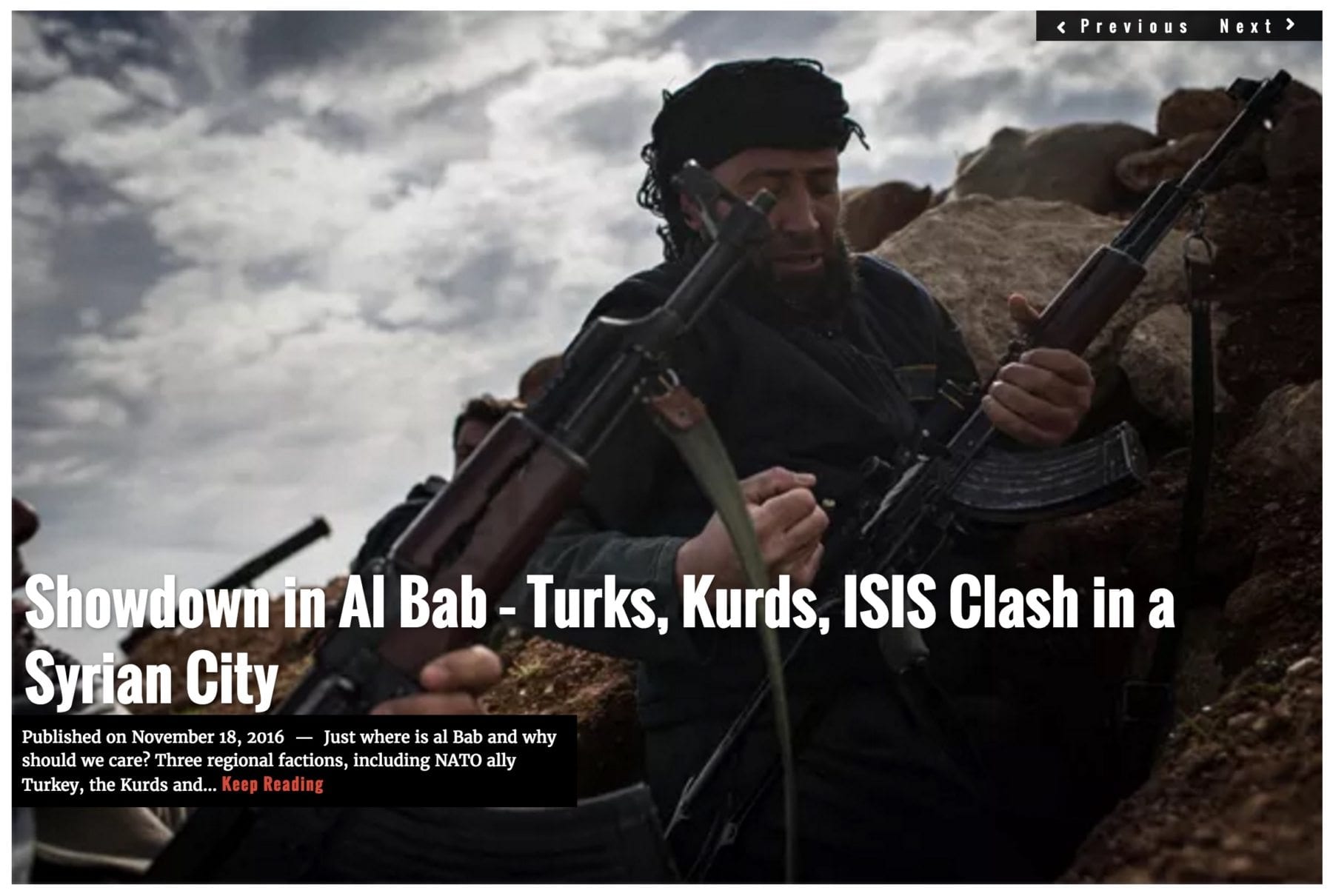