For the months the Conor McGregor and Floyd Mayweather fight inched glacially towards its start date, we were treated to a special kind of stupid. We all watched the circus unfold from social media. I shook my head in doubt and viewed this with apprehension, and I don’t think I’m alone.

I read articles about $75 million to one fighter, $100 million to another, and $99 dollars for the pay-per-view to watch, and honestly I feel like the joke is on us. I hate to be short-sighted, but from the outside looking in this isn’t pretty. I see a boringly brilliant undefeated boxer at the end of his career taking on a media spectacle who moonlights as an MMA malcontent seeking a massive payday he cannot get from the organization he spurned.

This brings up a simple question I’ve been debating with colleagues and friends: should we care, particularly in light of the dangerously insulting pre-fight antics? 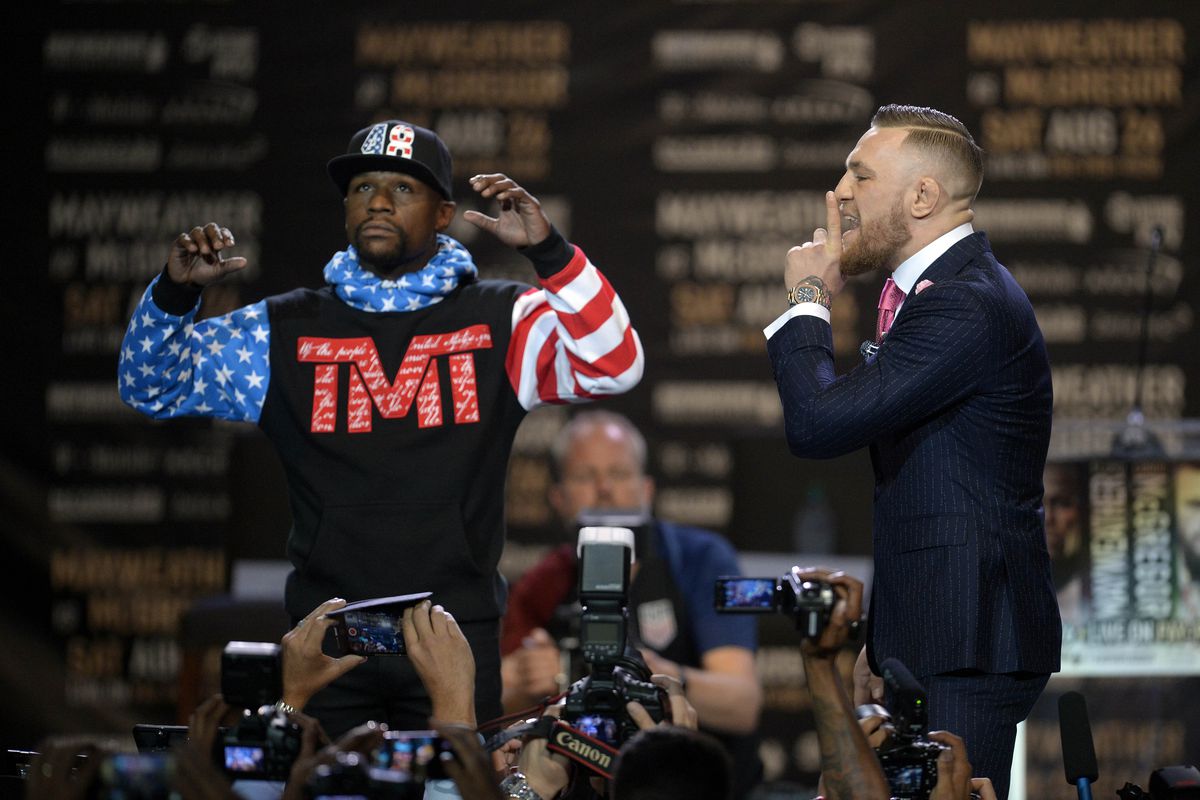 This traveling show pulled out all the stops to cover the broad spectrum of what someone imagined the internet wants. Floyd carries a million dollars cash in a backpack. Conor dresses to the nines in suits pinstriped with curse words. This spectacle had to be bigger and better at each stop to keep us watching, because we have seen it before, and it was more effective then. Neither of them could hold a candle to the casually dangerous charisma of Roy Jones Jr., Bernard Hopkins, Tito Ortiz, or Rampage Jackson.

The last round of media in Canada contained racism and domestic abuse as prevalent topics, with no apologies for any comments. The new attention doesn’t seem to be unwanted. I blame all parties involved with this circus, but boxing carries a greater burden of blame as the old guard institution that should know better.

Allowing this behavior, which seemed to be scripted and approved with each press conference to create more spectacle, is detrimental to the sport of boxing and could set a disturbing precedence for future promotions.

I think I just long for the days of a boxing heavyweight fight I was excited about. The days of standing watch with the crew wishing for the Klitschko’s would fight each other and debating the boxing greats like Joe Lewis, Rocky Marciano and Sugar Ray Robinson are gone.

Boxing has taken a back seat to MMA and seems to be short on fashionable fighters at the heavyweight level, which has always been the most mainstream division. Mayweather vs McGregor makes sense from a marketing perspective: boxing, MMA, Vegas, the pay-per-view folks, and hype in a blender means everyone makes some money and gets publicity out of this. It has an appeal to fans to answer those hypothetical questions we ask from childhood of Batman vs Superman, Wolverine vs The Hulk, then later of Tyson vs Ali.

But this particular fight has that feel of a sideshow performance, and it is my sinking feeling that what’s coming is more Ringling Brothers than Marvel Comics.

Maybe some of you will reflect on Ed “Too Tall” Jones, who played 15 seasons for the Dallas Cowboys and then entered the boxing ring after he left football. His boxing career was short-lived, but was a ticket seller off the idea of a granite-crushing NFL player fighting a professional boxer. That need for a ticket-selling headline is more important now that so many boxing fans have been bitten with the disappointment of lackluster fights in the pay-per-view system.

A prime example is the highly publicized bout between Mike Tyson, on his first comeback bid, against Hurricane Peter McNeeley. If you’re unfamiliar with this bout it’s because it was a dud early in the first round. Heavily promoted, McNeeley took a 36-1 record into the fight when many questioned if Tyson was done at the time. I remember discussing this fight many times and it was hotly debated and well publicized. We were all ready to hyperventilate when Tyson walked out of the tunnel. 89 seconds into the first round a valuable lesson was bestowed on me: don’t believe the hype.

I haven’t since, but I know someone who still does. We all have that friend who holds onto allegiances too long in sports: the hoops fan who thinks the triangle can still work or the former fullback who wants to see teams run the ball more.

For me, that friend with boxing is Michael Keeter, who is one of the last of the diehards. He steadily attempted to sell me on how this bout is in McGregor’s favor and he will beat Mayweather early. Michael is the last man standing with boxing, but to hear him tell it this is the real Super Bowl.

When we discuss boxing, his level of knowledge is above reproach, so I trust his theories. Michael asked me to write an article on how McGregor will win this bout. He speaks of efficiency of movement and Floyd’s right side being exposed and McGregor’s left hand winning the fight.

I want to believe him, but logic tells me to take this fight at face value. Maybe it’s the glitz and hype that left me apprehensive, feeling like I have been down this road before. Maybe my friend is a dreamer full of hope that loves an underdog. Maybe he’s just crazy; I’ll leave out a rundown of how he tried to sell me on the Falcons blowing out the Patriots in the Super Bowl for another article.

Honestly, I do hope that I am wrong. Nothing gets a living room of your best friends going like a phenomenal fight, but at a 100-dollar fee I’ll find anther way to watch.

The most likely outcome is eight lame rounds and a close decision that sets up the inevitable rematch. I will call that article, “McGregor vs Mayweather Part 2: They Hustled Us Again”.

I just hope everyone gets a good fight and not a ticket to a sideshow. The question of, “Should we Care?” goes beyond the fight: should we care about the after effects that this type of reckless promotional firestorm have on our culture in general, or have combat sports hustled us into accepting this as part of our cost of doing business?

Matthew Hux, is a contributing writer with Lima Charlie News, and is an active duty Chief Boatswain’s Mate in the US Coast Guard. Matthew has served in many mission sets from Aids to Navigation, Law Enforcement and Search and Rescue. Chief Hux was a responder in New Orleans for the Hurricane Katrina response. Matthew is a contributing sports writer and has the dubious misfortune of being a super fan of struggling sports franchises such as the Los Angeles Chargers, New Orleans Pelicans, Atlanta Braves and Carolina Hurricanes. Disclaimer: “The views expressed herein are those of the blogger/writer and are not to be construed as official or reflecting the views of the Commandant or of the U.S. Coast Guard.” 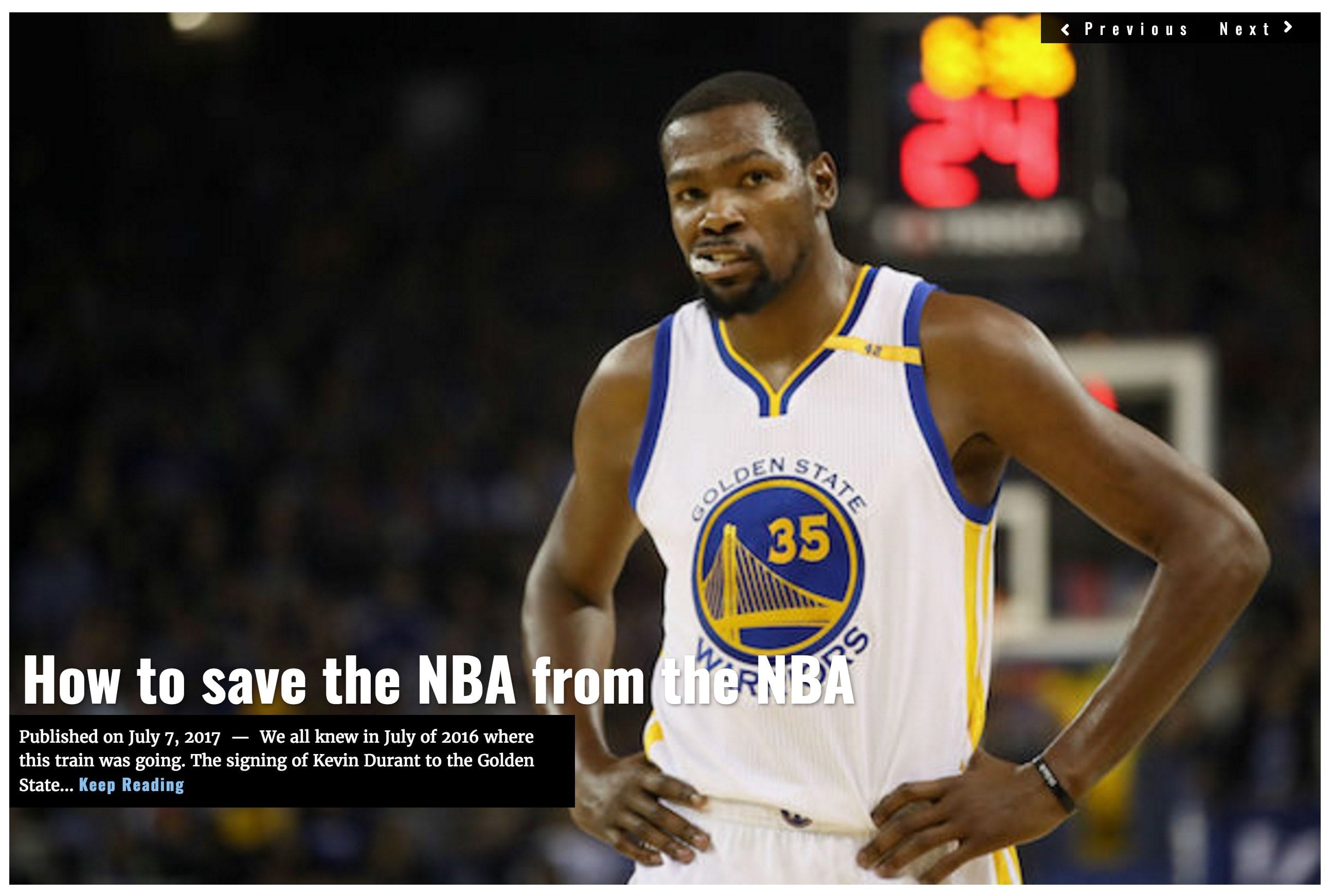 We all knew in July of 2016 where this train