Reflections on a peaceful meal with brothers in arms at a Middle Eastern oasis. A review of the Library Lounge & Cigar Bar.

A few days before Christmas, I entertained myself with a glass of Jameson, at the infamous Library Lounge & Cigar Bar, just inside the Marriott Hotel in Amman, Jordan. I had not been feeling very well. Anxiety. Nightmares. Fatigue. My energy levels were quite low, pushing me into a nearly sedentary state.

Meds can help alleviate the symptoms of PTSD. When you don’t run out. Sometimes, I can temporarily give myself a “surge” that causes me to snap out of it. Temporarily. Alcohol works. Sometimes. But it comes at a cost. Sometimes massive doses of caffeine work. But that comes at a cost as well. Sometimes sex works … but that’s another story.

Yet meeting with friends, friends that have been there next to you as enemy rounds were hitting, that ALWAYS works. As it so happened, I had friends stopping by in Amman on their way to the Sandbox that evening.

Now it’s a tradition amongst this group of hoodlums, miscreants, ruffians, and military advisors to hit up The Library when passing through Amman. Cigars, whiskey, steak, and good chatter were in order. I felt energized by the prospect of meeting these brothers, and arrived some 45 minutes early before my comrades were to join. I eased into my chair just in time to overhear a dinner conversation occurring at the table next to me between various diplomatic staffers from Western powers. It was interesting. 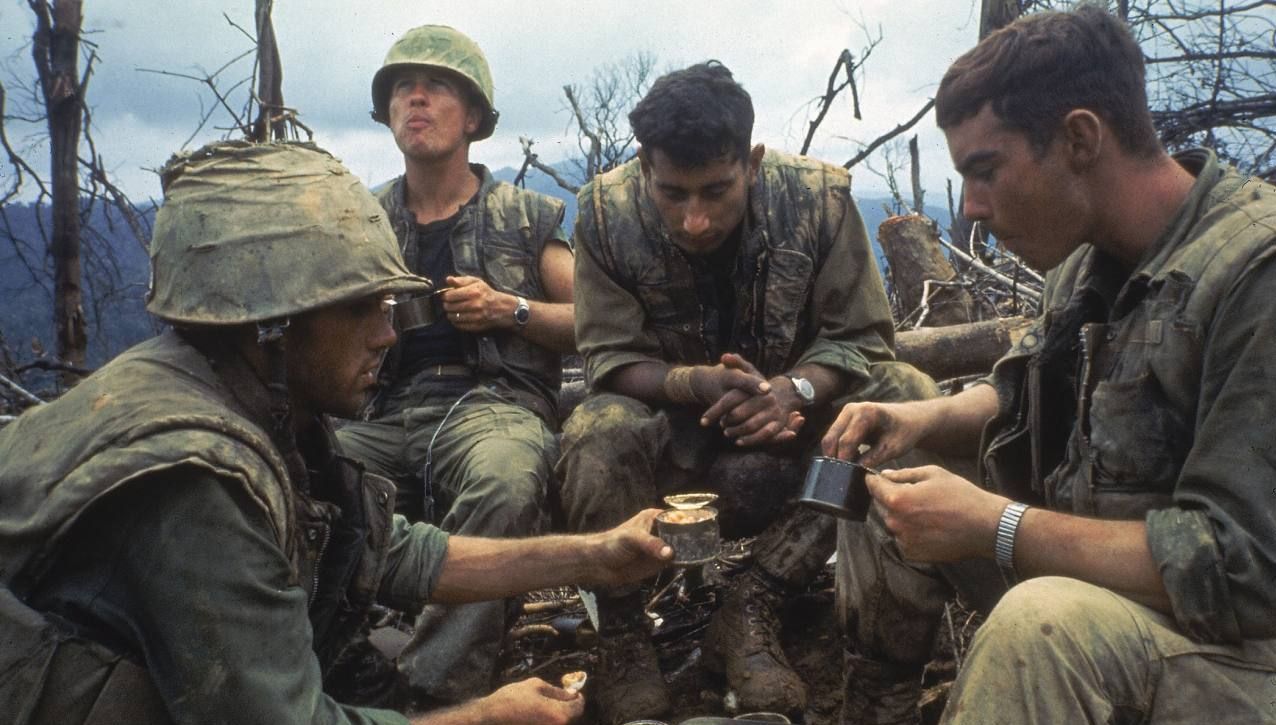 The Canadian staffer posed that whatever happened in history 1500 years ago had no bearing on our daily lives. Only silly academics would care otherwise. I wondered, “The Roman Empire plays no part in our world today?” Now I’ve never thought of myself as an academic. Most people who’ve worked with me would tell you I’m anything but an academic. They would point out it’s a marvel I can even chew gum and breathe at the same time. Depending upon the local pollen count, sometimes I can’t do that very well either.

The American of the group agreed with the point his northern hat of a neighbor posed so inelegantly. “Yes, people put too much emphasis on yesterday.” Their European dinner companions were stoically inclined, and as quiet as the Wailing Wall in Jerusalem on a Friday afternoon. 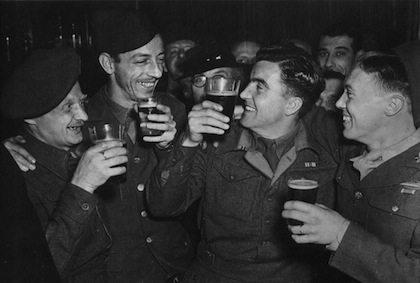 The conversation soon drifted into discussing Trump, and how much the American was looking forward to a chance to brief him on the Russians. This neo-Cold-War Warrior also expressed the opinion that Mr. Trump would undoubtedly defeat ISIS by deploying thousands of US Marines on the ground, and a grand non-Pyrrhic victory will occur. Had he offered bets right there on whether ISIS would be so grandly and definitely defeated, I would have taken him up. Of course, I was armed with Occam’s razor, Las Vegas betting lines, and 1500 years of History.

If we, just to argue his point, were to remove Roman history from our analysis, we would have no Crucifixion, and no Crusades. I’m pretty sure that Arabs haven’t forgotten about the latter just yet. We also wouldn’t have our modern alphabet, and I wouldn’t have been able to employ the poignant term “Pyrrhic victory” in my previous paragraph. And that would have been sad.

The victor is not victorious if the vanquished does not consider himself so.

Just as the Trump discussion was beginning to run off the rails, and the idea of thumping Vladimir Putin over the head with a Bible was being bandied about, my friends arrived. Once again they displayed perfect timing of saving me from myself.

It was, as always, as if time had stood still. It was great seeing them again. The ribbing was immediate. Paul complaining that I had gone soft and become a writer. This was followed by my stern warning that if he was not careful, I would write a story about his latent tendencies. 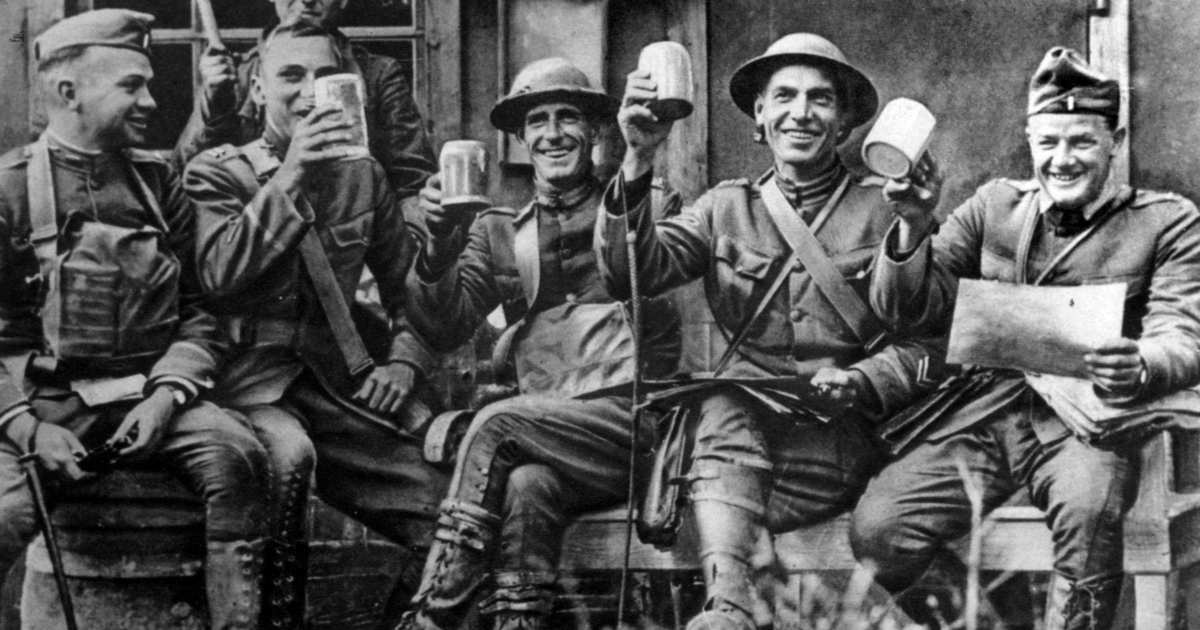 A round of Jameson was immediately ordered, and you could tell that we were no longer in our twenties. We actually sipped the fine whiskey carefully and slowly. In fact, throughout the entire evening, I only indulged in two doubles. If that’s not a sign of growing old, then the occasional groan as we pulled ourselves from our chairs was empirical evidence of decrepitness.

Now, some people out there see fit to blow themselves up, or even maim others in an attempt to get into Heaven, Jannah, Aaru, or Brahmāloka. All they really need to achieve heavenly bliss, is to eat a proper steak. The Library is one of the prime gateways in the region to an hour in heaven. 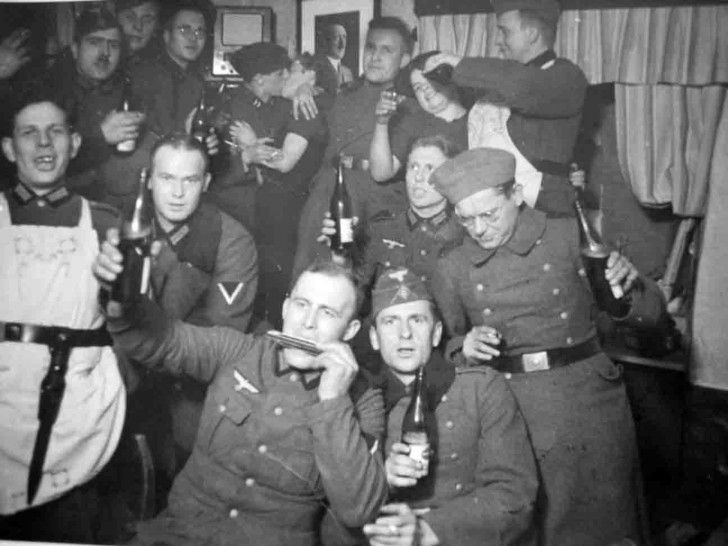 The conversation, while we were waiting for our slices of heaven, ranged from a newly born daughter, to the US election, to the region and its affairs. Some of my friends know less than me, some know more. But it’s not hard to know more than a journalist. Or me, for that matter.

One friend had just finished being a technical advisor on a new Keanu Reeves film. He said that the dude could actually shoot, and was quite the gun collector now. High praise if I have ever heard any. With more whiskey, an amalgamation of conversations ensued. More Trump, the Middle East, and the latest Marvel movie.

The bravest of us all, the Liberal One, said that the US election did not really matter to the region anyway. “Uh huh,” I thought to myself. This will become nuanced.

“Trump’s people had already reached out to the region’s strongmen, power brokers, kings, and heads of state, and they should ignore the inflammatory campaign rhetoric.”

“70% of people in the region polled about the Palestinian question believed that Hillary Clinton and Donald Trump are on equal footing as horrible to resolve the situation.”

One of my less liberal friends expressed disbelief.

“Trump is a newcomer to the political scene and would allow for all options to be on the table.”

“The Palestinian Authority is disintegrating quickly and is nearing complete collapse. Fatah is about to hold a general congressional session, and they will ultimately decide what course will be taken to redefine the relationship with Israel.” 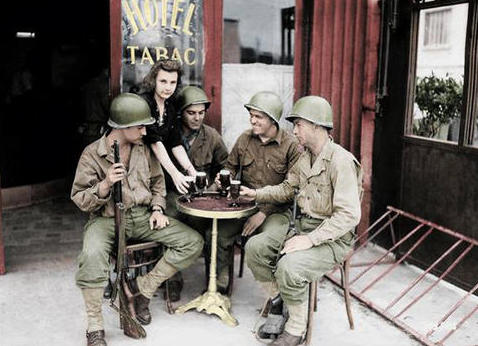 “If Fatah is pinning any hope on a two-state solution as a result of the Trump election they will be disappointed. They need to jump start diplomatic options that they have sorely been neglecting and try to ensnare international institutions.”

“Trump will never be trusted by Arab leaders. He is too much of the same to them – like the US with Mubarak. Switching sides whenever it gets a bit too hot for them.”

“So you’re saying no American leader will ever be trusted here?”

It was at this point that our steaks arrived. Thankfully, I was in a group of civilized men. No food was thrown, and our discussion continued to surge. The steak was absolutely divine, melting in our mouths and wonderfully flavored. If I become a rich man, the odds that I would soon overindulge in treats like this, turning sweet slices of heaven into bitter slices of hell, are pretty good.

“But what about the huge military aid package that Obama just gave the Israelis? Surely you don’t think it will go anywhere good?”

Two months earlier, the US and Israel signed a $38 billion military aid deal which the US State Department boasted as the “single largest pledge of bilateral military assistance in US history,” much to the dismay of Israel’s’ Arab neighbors.

“Trump’s position might as well have been written by the current hawkish Israeli government,” my more liberal friend continued. My more conservative friend, quickly emerging as the go-to Trump man in the crowd, assured us, “Oh, Trump will pick good advisers to decide this.”

Not able to bite my tongue, I expressed a measure of cynical belief that Trump would pick people who knew the lay of the land well. Take Lt. Gen. Flynn, please. Some may not be aware, but his consulting firm, Flynn Intel Group, was paid by certain Turkish clients, with strong ties to the Turkish government, to push a pro-Turkish agenda in the US political scene. Now Turkey’s pro-Erdogan media has lamented, “General Flynn is not Turkey’s lobbyist.” This, despite the fact Flynn wrote and published an article through TheHill.com that is almost fanatically pro-Erdogan. 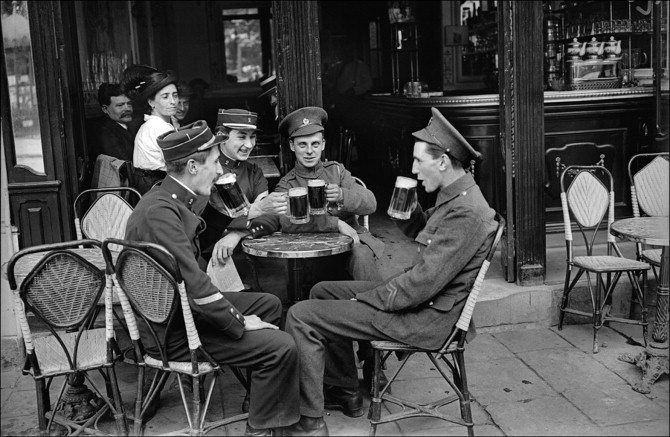 But as all good things must come to an end, that conversation was quickly overshadowed by the need and will to indulge in the deepest of quiet steak contemplation. In time, the discussion floated into more of the personal meadows of heart-to-heart. Many of us had lost friends downrange recently. This dinner was the perfect opportunity to reminisce.

It’s quite remarkable to find a place like The Library in Amman. It’s as if you’re entering a warm and precious memory. Leather couches, low lights, the smell of cigars and a soothing atmosphere invite enjoyable solitude for when one needs to get away from the city of Amman. But The Library also encourages vivid, yet civilized, discussions amongst friends on subject matters that often tread dangerously close to inviting emotional intrusions. For the Amman winter, it is a must-go-to place.

Our evening ended with Cuban cigars, of which The Library has a superb assortment. In what seemed too short of a time spent with friends, 7 hours had passed.

I woke up feeling good the following morning. Relaxed even. I had been able to share a peaceful evening with people I respect, brothers in arms who know and understand where I’ve come from. I would soon receive a text from one of my buddies, confirming they had arrived at their destination inside Iraq, and they would be passing through Amman again on their way out.

I look forward to it.

The Library Lounge & Cigar Bar
Located inside the Marriott Hotel in Amman
Address: Issam Al Ajlouni Street, Shmeissani, 11190, Jordan
Phone: +962 6 560 7607
Reservation is recommended; Formal Dress Code; Open for dinner only
Price range: $$$
LC-Food Score: 9/10
Official description: “Offering the best steaks in town! Designed for those who appreciate the finer things in life, the Library is the ideal place to enjoy gourmet food, a fine Cuban cigar and a handcrafted cocktail.”