Some of us are born with the calling to the profession of arms. It is almost impossible to explain this to someone who hasn’t had this. The profession is as old as the first humans who had to fight for the prosperity and survival of their clan, their tribe. The profession has never changed. Its core virtues are a constant, eternal to the human condition.


At times, modern American society seems to reject these virtues. This calling to a path where oath taking, submission to uncompromising discipline, exhausting training in life and death circumstances, and taking upon oneself the sins of the world, gives sound purpose to the warrior soul. The modern American may never understand it, but the calling itself is noble and pure. When the values of this calling, this profession are compromised, a cancer spawns in the soul of a veteran. Weak leadership, fool’s errand missions, and lost campaigns eventually corrupt the purest warrior heart. Further, the re-invention of social identity, the relegation of manhood, and a loss of the connection of war with national achievement, can rip through the soul of the American warrior. When the profession itself stops reflecting virtues of the battlefield, then this reflection becomes murky. The warrior then loses balance, his sense of identity, it being critically linked to the profession of arms. No battlefield trauma truly breaks the warrior soul. It’s the loss of identity, a sense of purpose that does this.

For the warrior-veteran to cope with a loss of purpose, he must connect with a higher, more spiritual plane, where the toxicity of his past won’t follow. Today, I would argue, there is no plane to be found in cities or suburbs. The warrior must turn to Nature. Only nature contains the paradoxes compatible to his temperament. Nature offers the omnipotent and the quaint, the uncompromising yet welcoming, the ferocious yet beautiful. The call of the battlefield must be replaced by the call of the wild.

Nature offers humanity sights and sounds that thrill the heart. The eerie bugle of the Bull elk coming through the mist, the banshee-like scream of the cougar silencing the sounds of the night, the exploding flutter of a forest grouse blinding one’s awareness, all harmonize the passing of the day with nature. When a warrior goes into nature to hunt, he can once again use his acumen and bottomless reserves of energy to satisfy a longing for clarity. He often needs this because social interdependence can chafe away at a warrior. A warrior often craves the fellowship of kindred spirits, but not in drinking exhibitions or parties, or even petty labors, but in a commonality of purpose that puts the most basic and most awesome human skills to work.

Nature can offer a piercing reflection of a warrior’s true soul, but only if the warrior participates in its cycle. Nature only embraces those who embrace its laws. Only by participating with nature as a direct part of its food chain does a warrior get to see his soul again. To not participate in nature means one will only see the image of nature, and stand mute while nature just looks back.

Nature welcomes man to hunt in the way a host welcomes good company to a party. Once deep inside, nature becomes a seductress. To a pure soul, nature’s sights, sounds and smells are intoxicating.

The warrior-hunter typically approaches the hunt with calculation, critically assessing terrain features for ease of navigation, planning to be prepared against the weather, mapping out routes for his hunt. He thinks he can estimate where the beasts move and go and how they will react to his presence. He foolishly attempts to approach the hunt like it’s a problem to be solved, with abstract calculation. Nature will mock his calculating by thwarting every plan he tries to effect. Failure only entices the warrior because when he leaves the land empty handed, his frustration gives way to the real treasures he unwittingly walked away with.

No battlefield trauma truly breaks the warrior soul. It’s the loss of identity, a sense of purpose that does this.

As he begins to accept, and flow with nature’s hurdles, the warrior’s soul will become in tune with his mind, and he will begin to forget his grievances. He will start to hold his moral injuries cheap as he starts to re-prioritize what stands for pain and frustration. His body will toughen once again as it adapts to the elements, and the painful memories, the shameful feelings, and his disdain for his place in the world will fade. His old acumen will return as he rediscovers his senses – the many senses that set him apart as a warrior.

The acute sense of smell, numbed until now, awakens as he lays down in a bear’s bed and smells its lingering odor to determine how long the bear has left it. Sight, no longer myopic to computer screens, TVs, and street signs, becomes wider instead and imagery pours into the brain, forcing it to absorb and orient. Hearing is the most illuminating sense. Gone is the unnoticeable background grinding of industry, noises that we humans have learned to ignore. Instead, the warrior-hunter notices that all sound in nature has a reason to it. Nature is an unforgiving school. The creature that makes noise frivolously will announce itself to its many enemies. 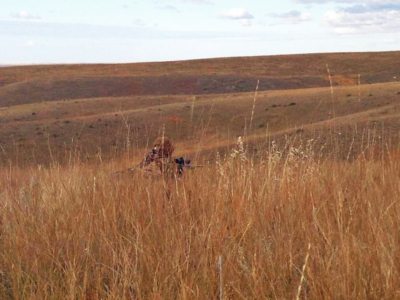 The harmony of nature is a cycle of predatory actions. Some die so others live. Each living thing in nature has its role to play. These are natural arrangements to the warrior’s hunter temperament. Unlike the docile human, the warrior recognizes that life made easy by technology is a retardation of the human condition. Real evolution is when man can improve his instincts and awareness to a state where his passions and hurts become negated. So easily he adapts, recognizing the squirrel barks as betraying his presence. The wind is his friend, telling which way his scent will carry, the breaking of tree branches a warning that he isn’t alone, and ultimately the sounds of his quarry; the snorting of a bear, the bugle of an elk, trampling noise of a deer. The party nature invites him into has rules, to learn the rules he must be aware, to be aware he must forget, this is how he begins to shed the toxic corrosion on his soul.

The ultimate communion with nature is when the warrior-hunter spots, stalks or ambushes, kills, and carries away his game; the whole time holding in awe the beauty and majesty of the beast, feeling blessed and pained all in one. The spot is decisive to the whole hunt. Often it happens by accident. The prudent warrior hunter learns that his ability to patiently glass and spot game is the part of the hunt where there is no margin for error. The spot is mesmerizing. All of the sudden the whole dynamic of nature comes to fruition and the warrior-hunter now has the focus he has long sought to recover, and the musical sounds of nature, the spectrum of colors and the sounds of the land all work to hone his acumen to the stalk. The stalk requires all of his energy and faith, because a slight shift in wind, a slight noise, a warning from a crow or squirrel can spook his quarry making all his effort a waste.

It is here the warrior-hunter is put to the test. He will only be satisfied with an ethical shot that brings the beast down quickly and with mercy. The hunter’s death is far more merciful than nature’s, which is why nature welcomes the hunter. A cougar grows old and loses its teeth, then dies of starvation, eaten by its own kind. An elk becomes too slow, to be eaten alive by a cougar. A bear becomes feeble, it slips, and falls to its death in a quarry. Nature is unforgiving to any beast that can no longer perform to its species’ standard of perfection.

As the Warrior finds his place in nature, he sees his wars, his sins, his failings, his enemies in a smaller, more pitiful light, and he relishes his place in the majesty of God’s creation.

Man has always been the super predator in nature. Man is the least instinctual and sensual of the earth’s beings, yet the warrior’s cognitive abilities bring an element to nature that is unique to his race. The warrior believes in mercy and has empathy with his kill. A warrior’s love for nature is what brings him to conserve it. Through hunting the warrior can lead by example, and support the great cycle of life, while achieving harmony with nature and salvaging his soul. He realizes there is a higher profession and discipline, larger then a platoon, a company, a battalion. There is the ultimate regiment that God created for man, and that is Nature itself. As the Warrior finds his place in nature, he sees his wars, his sins, his failings, his enemies in a smaller, more pitiful light, and he relishes his place in the majesty of God’s creation.