While plastic continues to pose a real threat to our environment and health, America’s leadership, America’s lobbyists and America’s plastic culture all fight to keep us drowning in plastic. Now it has fallen to local governments and environmental advocacy organizations to take the lead.

A few weeks ago, as I was passing through London Heathrow, I did what any sane person would do. While sitting in the airport lounge, I indulged in every freebie available. Amongst the freebies was a copy of one of the premier news sources of our time, one that caters to “soft-minded” readers. USA Today.

It was the April 20th, 2018 issue of the newspaper, and its front page proudly exclaimed, “On Earth Day, you shouldn’t feel guilty about your plastic trash.” A provoking headline, if anything. The article was an opinion piece by David Mastio as part of Earth Day 2018, which occurred April 22nd.

This year the focus of the activist day was plastic pollution.

Represent on #EarthDay2018 and sign a petition to #EndPlasticPollution. Pollution is not a game for our communities and planet. Leaders need to listen up and take real action before it's too late. https://t.co/BrvkAGtPsw

A growing problem by most viewpoints, 8 million tons of plastic end up in our oceans every year. This not only devastates marine life, but it increases the microplastics and harmful chemicals (like DEHP, which has been linked to infertility and developmental problems in children) that end up on our dinner plates. Mr Mastio’s opinion piece made the point that while some of those 8 million tons do come from the average American household, the vast majority of the litter should be blamed on fishermen, particularly Asian fishermen, and the 2011 Tsunami that struck Japan.

Mr Mastio is no doubt right in saying that Asian countries are the most significant perpetrators of unrestricted pollution of our oceans, but it is still a strange angle to fish with. Especially since Americans are not environmental saints themselves.

According to the 2017-2018 National Geographic “Greendex,” where countries are evaluated from a sustainability perspective, the US ranked the least sustainable of 18 other countries surveyed.

To make matters worse, the National Geographic study concluded that the average American is also the likeliest to feel the least guilty for how they live and impact the environment.

This is something I noted with some discomfort when I lived in the Oklahoma and Texas countryside some years back. While traversing parts of Oklahoma, one could almost be forgiven for believing that plastic was a fifth natural element. Should you stop at a Best Western or Motel 88 and indulge in breakfast, it means peeling the plastic from individually wrapped apples and pears, drinking from plastic glasses – that are also individually plastic wrapped – and eating your breakfast porridge with a plastic spoon. All this is done without a trace of remorse, and without any waste sorting option. It is downright painful to indulge in a motel breakfast for anyone that did not grow up in America.

Lest we forget to mention, the absurd amount of one-time use plastic bags that supermarkets throw at you during checkout is as if they’ve made a sport out of seeing just how many plastic bags they can get rid of in a day.

Indeed, it appears that most Americans live with the notion that it doesn’t matter how much they litter, as the ever expansive American continent will never run out of garbage heaps to store it.

What makes this infinitely sadder, is the fact that US President Donald Trump appears to share this national sentiment. In a statement before Earth Day, Donald Trump seemed to single out environmental regulations as being responsible for hampering the nation’s economic growth, asserting that a “market-driven economy is essential to protecting” the environment. Thus, to combat this threat to the economy, Trump promised to continue to dismantle the country’s already lacklustre environmental regulations.

According to the President:

“A healthy environment and a strong economy go hand in hand.  We know that it is impossible for humans to flourish without clean air, land, and water. We also know that a strong, market-driven economy is essential to protecting these resources. For this reason, my Administration is dedicated to removing unnecessary and harmful regulations that restrain economic growth and make it more difficult for local communities to prosper and to choose the best solutions for their environment. Already, we are making great economic progress in concert with—not in opposition to—protecting our environment.”

Trump’s approach to the environment stands in stark contrast to America’s European allies across the pond. For instance, in the UK the President’s British counterpart announced a national ban on plastic straws, stirrers and cotton swabs. Imagine how well that would go down here in the states.

“Plastic waste is one of the greatest environmental challenges facing the world, which is why protecting the marine environment is central to our agenda,” Prime Minister Theresa May stated in April.

Germany, meanwhile, apparently recycles more than any other country in the world, recycling between 52% and 56% of its municipal waste. The U.S., of course, comes in dead last among 25 countries, according to a report compiled by Eunomia, an environmental consultancy firm.

In January, the European Commission issued a Plastics Strategy that set forth ambitious goals:

“This strategy lays the foundations to a new plastics economy, where the design and production of plastics and plastic products fully respect reuse, repair and recycling needs and more sustainable materials are developed and promoted. This will deliver greater added value and prosperity in Europe and boost innovation. It will curb plastic pollution and its adverse impact on our lives and the environment. By pursuing these aims, the strategy will also help achieve the priority set by this Commission for an Energy Union with a modern, low-carbon, resource and energy-efficient economy and will make a tangible contribution to reaching the 2030 Sustainable Development Goals and the Paris Agreement.”

In January, the NY Times published a list of 67 environmental rules the Trump administration had sought to reverse. This included a ban on the use of plastic bottled water in national parks. The ban had prevented up to 2 million plastic bottles from being used and discarded every year.

The average American is also the likeliest to feel the least guilty for how they live and impact the environment.

Yet, not all of the U.S. is opposed to dealing with plastic. In places like Malibu and Seattle, for example, local “straw limitations” have been instituted, meaning that restaurants have a finite amount of plastic straws to hand out in a 24 hour period. How restaurants chose to disperse their allocation is left to themselves.

Columbus, Ohio is another example of local governing that has decided to take some modicum of responsibility for the environment. While the Democrat-controlled city continues to face an uphill battle, many local supermarkets have begun to provide recyclable plastic bags, while the city itself hands out reusable cloth bags. City leaders have stated that it will seek to ban disposable plastic bags on a state level like California did in 2014, but it is facing dire resistance from the Republican-controlled Ohio state leadership. Despite that, towns around Columbus, most of which are under local Republican control, have introduced local bans on disposable plastic bags with great success.

The problem appears to be in no small part ideological.

To a degree, it’s an understandable and justifiable problem. A ban against disposable plastic bags could be perceived as a de facto intervention against individual liberties, one where the state shouldn’t be interfering with a citizen’s God given right to use plastic bags.

Another part of the ideological component is that the green movement has traditionally come to be, in some part by its own fault, associated solely with the Democratic Party. In today’s increasingly divided political spectrum, that makes the green movement problematic to support for many.

Then there are lobbyists. To further make the problem a hot-button issue, the powerful “American Progressive Bag Alliance,” a creation of the domestic plastic industry, spends millions annually to thwart any attempts to ban disposable bags or add additional taxes. The lobby has a great deal of support from the current administration, as part of Trump’s anti-free market and protectionist approach to the marketplace.

The Earth Day Network has continued lobbying for the education and engagement of people in environmental issues, despite consistent ridicule from pundits and lobbyists, as well as many consumers. At present, the organisation is mostly focusing on trying to push forward pro-environmentalist legislation. However, the real problem is that to succeed, the green lobbyist movement must not just change the laws of the nation, but change people’s attitudes and consumer culture. And that’ll take time.

As such it does not necessarily hurt when outsiders occasionally point out the obvious, something French President Emmanuel Macron did before the US Congress on his recent visit to Washington when he stated that there is no Plan B.

What he failed to mention, is that our Plan A is running out of time. And once that time has run out, to borrow the immortal words of George Carlin:

“The planet will be here for a long, long, LONG time after we’re gone, and it will heal itself, it will cleanse itself, ’cause that’s what it does. It’s a self-correcting system. The air and the water will recover, the earth will be renewed. And if it’s true that plastic is not degradable, well, the planet will simply incorporate plastic into a new paradigm: the earth plus plastic. The earth doesn’t share our prejudice toward plastic. Plastic came out of the earth. The earth probably sees plastic as just another one of its children. Could be the only reason the earth allowed us to be spawned from it in the first place. It wanted plastic for itself. Didn’t know how to make it. Needed us. Could be the answer to our age-old egocentric philosophical question, “Why are we here?” Plastic … assholes.”

[Anthony A. LoPresti contributed to this story] 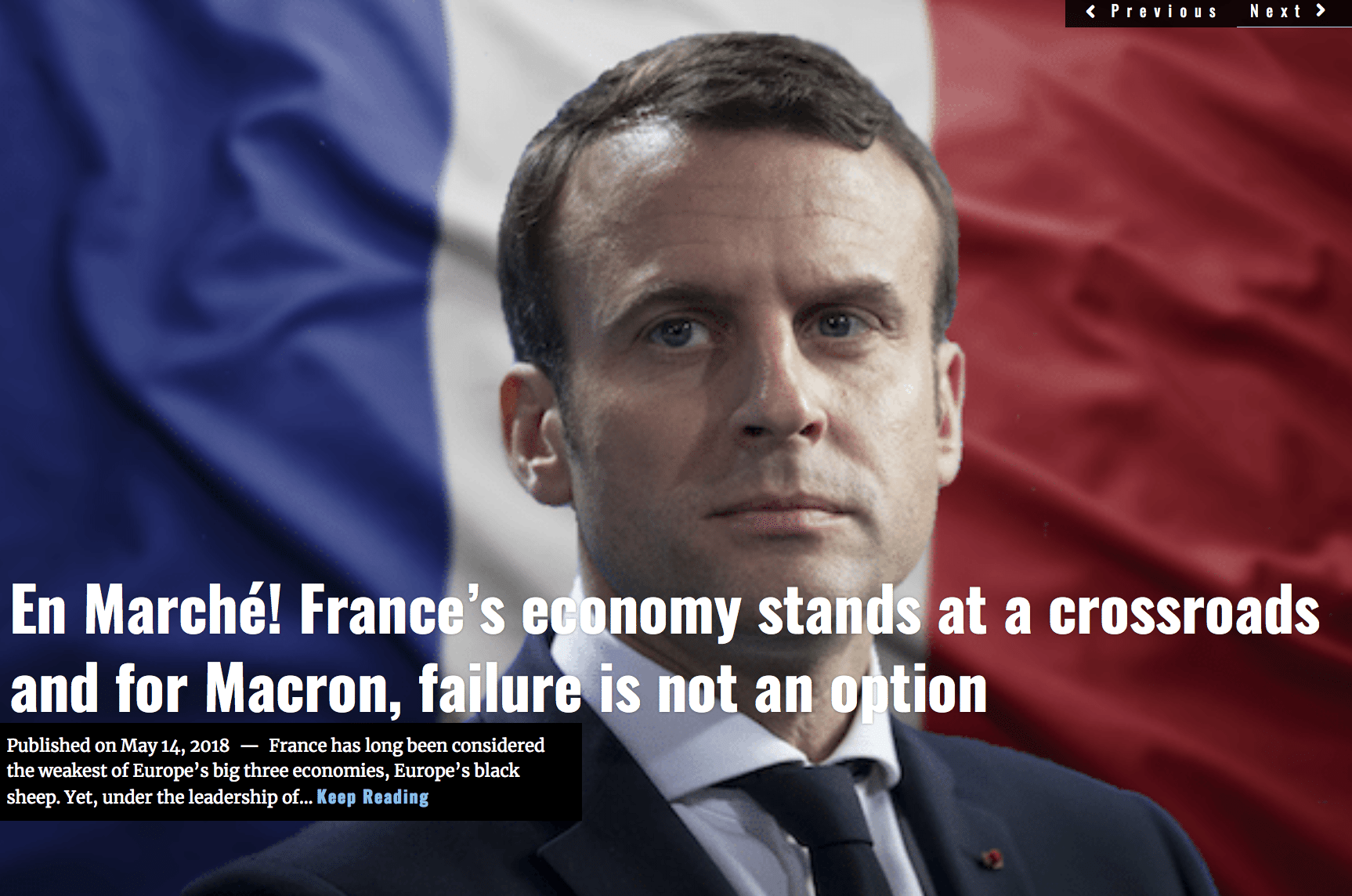 On Friday, the Chinese capital city of Beijing announced it

The Trump era will, one day, be used as a