As the observance of Earth Day wraps up this weekend, my troubling thoughts as a Native American are that it took place against an all too common backdrop. One where power and a mandate have been granted to climate change deniers enabling ongoing, outright attacks on our environmental protections. While this is not unique to me, this profound feeling of conflict was shared by many. But as a Native American, and therefore part of the indigenous “before it had a name” acknowledged progenitors of Earth Day, I felt sharing and considering voices of Native Americans about Earth Day and how this community is trying to reconcile their own conflicting reactions of dystopia and hope could be insightful.

As I thought about my own feeling and as I spoke with other tribal members, I saw a movement to reconcile economic disenfranchisement and resource degradation with possibly a new model for sustainable economic development, resource self-determination and resiliency. At its core, there seems to be arising a call for fresh thinking, innovation and that somehow, this needs to be meshed with native cultural values. I am calling this new conversation “Nativation”.

So, how did we get here and where do I think it possibly takes us next?

To start, most Americans are still shocked to discover that a vast number of Native American reservations resemble 3rd world countries. As a Native American military Veteran, I am quite familiar with 3rd world conditions because I have traveled throughout most of the Middle East. Sadly, our worlds are similar.

On the reservations, we don’t have transmission lines to provide the necessary power to cool and heat our homes. At times, there is not enough power to provide sufficient light for children to study at night. It can take several weeks or even months to get a response from local utility companies. Nearly all reservations don’t have adequate plumbing or a source of clean drinking water. Most tribes depend on wells and water trucks. It can take months or years to get a well approved by the government.

Often the closest town is usually miles away, making it difficult to access food, employment and education. Housing, employment and health care access are serious issues as well. A recent study from the U.S. Commission on Civil Rights showed that the country’s homeless population is over 200,000, 110,000 of which are Native Americans. The national unemployment rate for the average American is between 4.7% to 5.8%, while Native Americans have a rate of 11.3% to 12%. This number has remained stagnant through the economic recovery, an evident disparity.

The story of the Native-American economic struggle is the story of compounded interest in generational poverty. It is the story of broken treaties and resources confiscated from Native Americans. But recent events like Standing Rock, which went viral on social media, have shed some light on our struggles.

Despite the injustices of Standing Rock, the incident inspired a Native American awakening. For the first time in years, tribes across the U.S. united to eradicate environmental racism, oppression, desecration of burial grounds and remind the U.S. of the treaties that were signed. As a result, a new American Indian movement has launched: Nativation. This is our call to action.

Native American leaders, business professionals, scholars and progressive tribal leaders are creating a movement for building a resilient Indian Country. There is a movement for tribes to share information among tribes, to build a resilient Indian Country through innovation and technology with a sustainable city approach. There is a robust push to involve tribal workforces including education, training, economic development, building with sustainability and cultural awareness, incorporating Native-owned businesses and other experts.

Furthermore, several tribes across the nation are researching methods to go off-grid (live self-sufficiently without reliance on public utilities). Some tribes are already 50% off-grid or exploring ways in how to do so. For instance, in March 2017, it was announced on NPR news that the Navajo have become more energy resilient by going 50% off-grid with solar power. Their goal is become 100% off-grid in the near future. 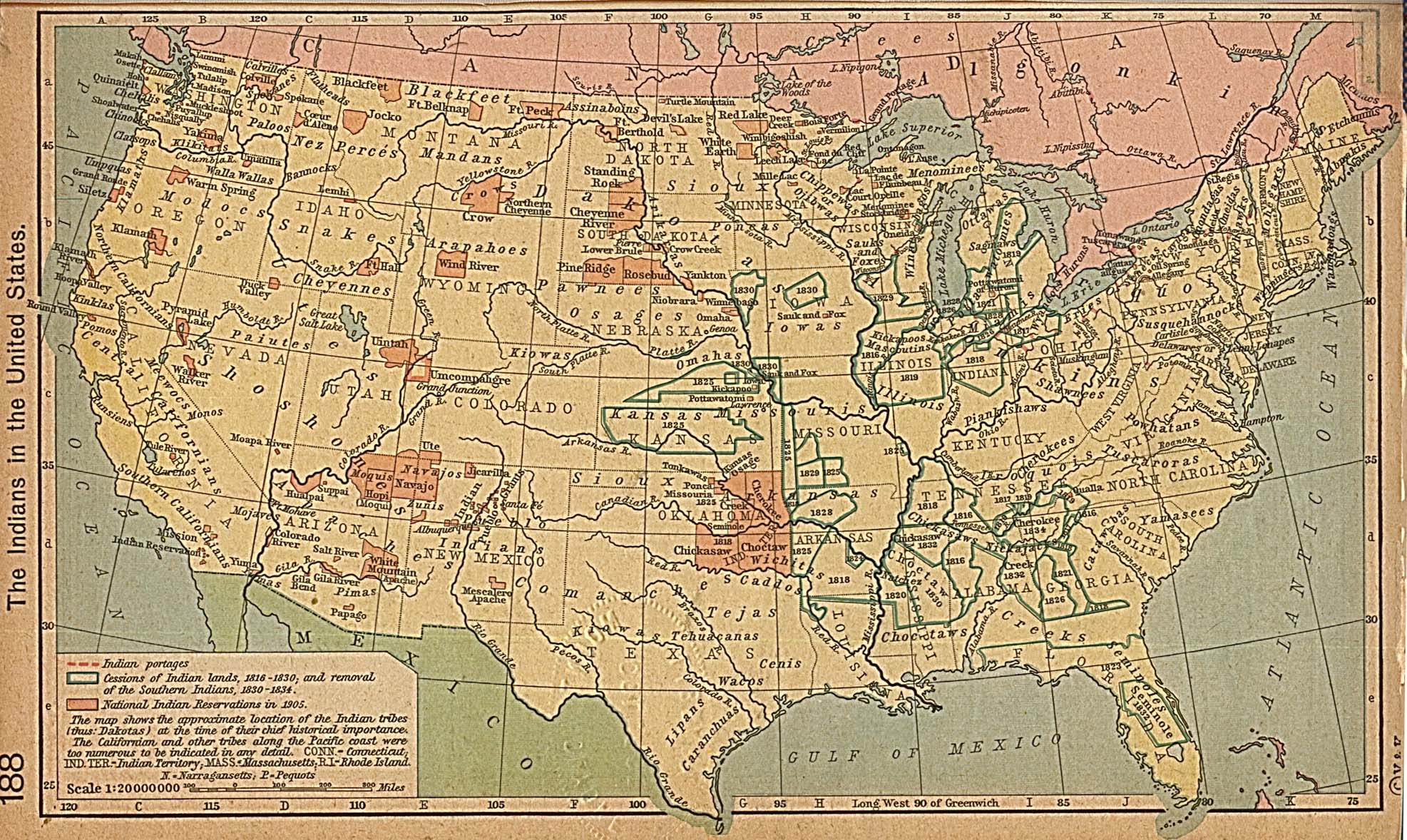 Blue Lake Rancheria (Blue Lake, California), has been researching ways to build a community microgrid with 0.5 megawatt (MW) of solar photovoltaics (PV) and 800 kilowatt-hours of battery storage. Also, Grand Portage Band of Chippewa Indians (Grand Portage, Minnesota), is on the move to find a technical solution for transporting energy from a 1.5 to a 2.5 MW community-scale wind project. The intention for the wind project is to provide energy to tribally owned facilities and homes in the community. Other tribes like Oneida Tribe of Indians, Picuris Pueblo and Ute Mountain Tribe are also looking to utilize large utility scale clean energy technologies to become a more resilient Indian Country.

After attending the National Indian Gaming Association recently week in San Diego, I was so excited to see many young business entrepreneurs like, Michael Abrams from the Seneca tribe. He is a recent graduate from Syracuse University and is making a positive impact for change by exploring ways to work with other “Young Native Business Leaders” like him to work on alternative energy projects in Indian Country.

There were more Native American leaders with visible enthusiasm at the “Construction in Indian Country” event held by Arizona State University. The CIIC followed the NIGA event in San Diego to keep the Nativation momentum going. At CIIC, I witnessed a surge of excitement within happening “boots on the ground” in Indian Country. Native professions and scholars shared case studies and road maps on how to build a more resilient Indian Country by focusing on Native entrepreneurship, developing clean energy technology, designing clean drinking water solutions and building sustainably.

The MC of the CIIC event was Marcus Denetdale, who is also a Native American Veteran and is Navajo. Marcus is also the program manager for CIIC. I had time to speak to him about CIIC and why more programs like it need to be introduced around Indian Country. Arizona State University offers degrees with a concentration of “How to build in Indian Country” so that Native Americans can better understand all that is wrapped into construction on and off the reservation.

Denetdale commented that, “As Native Americans it doesn’t matter what tribe we are from. What matters is as brothers and sisters, we all need to look out for one another to ensure that we have adequate resources like clean drinking water, electricity, access to healthcare, education and healthy food. It is important that we create and promote more Native American entrepreneurs. It is also important to hire our own workforce to ensure that when we build, we keep our culture in mind and work with businesses that are tribal friendly”. There were many more Native professionals at both the NIGA and CIIC nationwide events that felt this way too.

That was just the encouragement I needed to hold onto as we wrap-up the month of April and Earth Day. It was not just the cliché of how important it is to say that every day should be Earth Day. As Native Americans, we get this. It is not celebrating just one day to honor Mother Earth, but respecting her daily. It is sharing our philosophy about planning for seven generations. It gives perspective about protecting earth’s resources. It gives meaning to the promise of living sustainably without fighting over resources and raising awareness about environmental injustices.

I believe we get there by focusing on innovation, technology and keeping our cultural values in mind to drive us into the future. From there, we can continue to build a better place for future Earth Day celebrations.

Please check back as I continue to report on our progress and “Nativation.”

Liz Perez-Halperin (Aviation Logistics Specialist, U.S. Navy) is a Senior Correspondent for Lima Charlie News. Liz served in the Navy for over eight years with several deployments in the 5th and 6th Fleet, before founding GC Green Incorporated, a veteran-owned “Green Build” general contracting and consulting firm. In 2013, Liz was honored by The White House as a Champion of Change – Veteran Advancing Clean Energy and Climate Security. Follow Liz on Twitter @LizPerezLC