This article is Part II in a series following “The Mayhem Inside,” about the shootings in Houston, Texas, May 2016.

In the military, a bugle call or drumbeat signals the ceremonial lowering of the flag at sundown. As President Obama ordered flags to be flown at half-staff this past Sunday, the shooting at an Orlando nightclub marked the latest in a drumbeat of massacres to fall upon a nation of, largely, tone-deaf ears.

As the ink from my previous report on the West Houston shooting rampage of May 29th barely had time to dry, I can’t help but wonder: why do so many members of the public shield themselves from the “constants” in these shootings which have become all too obvious?

The number of victims claimed may change, city backdrops may change, the shooter’s background may change. But what remains when the dust settles is one clear, immutable constant: a loss of identity, a sense of purpose, fueling an uncontrollable rage that makes a young man easily susceptible to indoctrination. These men—and the scores of lives they indelibly changed—were not destroyed by their upbringing or their life experiences. They were destroyed by living a purposeless life with no trajectory in sight.

Dionisio Garza, 25, the former U.S. Marine who went on a shooting rampage in a west Houston neighborhood in May, had returned from three years in a combat zone with an irresolute sense of self and a life that lacked direction, a life that lacked purpose. He obsessed over conspiracies, like the US Dollar was on the verge of collapse and, with it, the world.

In his final moments before opening fire at Pulse, a gay nightclub in Orlando, Omar Mateen, 29, born in America, memorialized his single life’s purpose in an otherwise aimless life, during his 911 call: to commit an act similar in nature to the Boston bombing.

While pundits and experts obsess over motives—largely sensationalizing the perpetrators and burying the names of their victims under a tidal wave of news-cycle-feeding minutia, it is clear to me that you don’t need a degree in ballistics, crime scene investigation or psychological profiling to articulate their intent. These men were driven by the most powerful, albeit silent, catalyst there is: a purposeless life fueled by anger.

Their parallels do not stop there. The parents of both shooters—unbeknownst to one another—expressed almost identical sentiments in the aftermath: “I apologize for what my son did. I don’t know why he did it … I wish I knew,” Omar’s father expressed. “It was not the same boy that we raised. Not the loving uncle, the loving brother,” Garza’s father tearfully professed.

“This had nothing to do with religion,” his father has stated.

“His act was a terror act…I am in as much shock as you are.”

The Big Question remains. Was the attack in Orlando an act of war by our sworn enemy, ISIS? This was clearly an act of terrorism and hate, but hate for what or whom? A chorus of voices vies for attention, proposing what they believe to be the facts. “This had nothing to do with religion,” his father has stated. “His act was a terror act…I am in as much shock as you are.” As shocked as he may be, in an interview Mateen’s ex-wife, Sitora Yusufiy, claimed that Mateen’s father often abused him, calling him a homosexual constantly and condescendingly. She also admitted that her ex had “gay tendencies,” whatever that means. Yusufiy also claims Mateen “violently abused her” and was “bi-polar and emotionally unstable,” so she fled from him with the help of her parents. She passionately disavows claims that he could be a part of ISIS, especially as a terrorist. Interestingly, Yusufiy claims the FBI asked her not to mention any of this to the American media.

According to most of Mateen’s fellow Mosque attendees at the Fort Pierce Islamic Center, he was rather quiet and reserved when visiting. There is only anecdotal suspicion that ties Mateen with Moner Mohammad Abu-Salha (alias: Abu Hurayra al-Amriki) a 22-year-old Palestinian American who carried out a suicide bombing attack in Syria, back in May 2014.

I find it curious that two men from the same Mosque, who swore allegiance to terrorism, would bear no connection. Perhaps their communication managed to escape detection from the FBI. Who knows? What I do know is that there was a boy named Omar Mateen who was taunted by his father, for behaving in ways that—to him—seemed to be “gay.” Mateen grew up in a society replete with fear and an extolment of what I believe to be anti-American hate towards people of his faith.

Having served in the U.S. military throughout the Middle East, I am more than aware of the sickness that is Islamic extremism. As Americans recover from the horrors of Boston, San Bernardino, and now Orlando, we cannot afford to be blind to the realities of what we face as a nation. With these realities in mind, I sought the counsel of a colleague and fellow Lima Charlie News contributor, “Mr. T” (more affectionately called “T”). Mr. T must bear a cross of anonymity for both what he has seen, and the sacrifices he has made for this nation. An Iraqi born in Baghdad just before the Iran-Iraq War, Mr. T was a U.S. Army Interpreter who, due to tremendous drive, intelligence, integrity, raw courage and a longing for freedom, rose through the ranks to eventually become a Brigade Level Interpreter to a top U.S. General. Mr. T would later advise the U.S. JAG Corps and lead the Civil Operation of Coalition Forces, before emigrating to the U.S. to work with the NYPD’s Counterterrorism Unit. Mr. T shared with me his perspective on the Orlando shooting.

“Mateen’s fate is one I have seen time and time again. I’ve seen first hand the influence of the Salafist ideology. These young kids are brainwashed from an early age to think that the truth is what they perceive and feel to be true, regardless of whether it actually makes any sense or not. They live in the fantasy that whatever they are taught from their Sheikhs is the sole truth.” T continued, “Terrorism, for them, is a way to fight back. Their parents don’t instill in them tolerance, they are brainwashed and misguided easily because of their youth, and don’t know what’s going on outside the border of the US.”

T places a great deal of culpability upon the shoulders of the media. According to T, the media has a responsibility to show these children the distortion of their religion. It is only when these kids can see the good and the bad, objectively, that they can learn never to hate another human being on account of his or her beliefs. He closed with a thought that left me, and many who will hear this, I suspect, rethinking the focus of what we’ve heard in the aftermath of the Orlando massacre: “It is the job of schools and teachers to lead their students in a good direction, not by building mosques but by opening their minds.”

As I mulled over T’s words, it became clear to me that Mateen’s depraved actions demonstrate more than ever that the threat of terrorism is developing and evolving from within our nation—from within our men and women, our fathers, our mothers, our religious leaders and communities. Orlando reminds us that it’s our guys—Americans—being indoctrinated too. While we have yet to confirm the dispatchment and identification of Mateen with the Islamic State, the homegrown extremism he waged is unarguable.

The story of an impressionable kid, growing-up in a small, but evenly diverse and politically split town, lacking identity or purpose, and boiling with resentment and anger is certainly not new. Neither is the story of a young impressionable man, desperate to find purpose and meaning, falling prey to the fringes. Whether this person finds himself in the company of anti-American radicals, or pro-American zealots, finding something to believe in, a purpose, a “mission”, can be comforting. A man waking up with a “noble” purpose can find solace from the voices of pain, ridicule and torment that echo in the mind. Often the rage within, the mayhem inside, takes over. A rage powerful enough that they feel they must take immediate action in the name of an ideology, of an emotion. 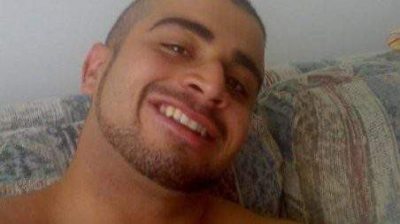 Whatever the motive, no doubt remains, Omar Mateen’s actions directly contradicted the teachings of his faith. Time and time again, I have seen firsthand cowards like Mateen operate in darkness, hide in the shadows, and kill innocent civilians in the name of Allah. What happened in Orlando is not about LGBT rights, being gay or straight, gun control, or freedom. We should all know that by now. Each one of those issues is just a scapegoat to fuel a nation at constant internal odds. What happened in Orlando is about us, as Americans, working to understand the rage, the mayhem inside.

Unfortunately, these tragedies also provide an opportunity to divide us as a nation, as a people, an ideal situation for ISIS, Trump, Clinton, the media. Mateen will no doubt be used for political gain and countless agendas. We will see more of these types of extremist events on a variety of civilian soft targets if we continue down the political road we’re on. A road that no doubt will be full of distractions, mis-directions and false flags.

Don Johnston, Lima Charlie News.
Don Johnston (U.S. Army) is a Senior Correspondent for Lima Charlie News. SGT. Johnston served with distinction in the U.S. Army as a non-commissioned officer with tours in Central America, Africa and the Middle East, from 1994 to 2008. Don was with the U.S. Army Civil Affairs and Psychological Operations Command (USACAPOC) on active duty in Iraq during Operation Iraqi Freedom.

[Thank you to Rossana Lopez for translation]