When I went to Iraq, I was young but I knew about fighting for God and Country. That was my socially instilled mind frame before deploying. Especially after being in New York City, and watching as the World Trade Center collapsed before my eyes on September, 11th 2001. All I wanted was a chance to go fight for my country.

So I did. I could go on about how I felt disillusioned and that I had been lied to my entire life when I saw what the American “machine” was doing in Iraq. That 99% of the US could not have any idea about what was really “going on” or else they would have demanded change. I mean, I was there in 2003, when Hunt Oil was drilling in Northern Iraq. I’m not sure a lot of people really understood what that meant, at the time; if they knew about it at all. That is a story for later in this series.

I remember my return home for good in 2009. I had spent a total of just about four and a half years in Iraq. I was in love, and I opened-up a small, popular sandwich franchise. I never understood why but I was always ON. I had this edge about me that was hard and angry. One customer had his 8-year old son with him and asked me, “What was the biggest misconception about us being there?” I responded, “That we are there for freedom, justice and to protect the American people.” I said this with great conviction and without hesitation. They stood for a moment, dumfounded and speechless, before practically running away. In hindsight, they were probably a little scared.

With the benefit of time I can see more clearly what they saw. An angry man who couldn’t pull himself out of a combat zone mentality and didn’t care about stateside niceties when people half a world away, including US military personnel, were facing life and death situations every second.

A Combat State of Mind

I came home after 3 tours in combat zones between 2003 and 2009. This means, I came home three times. Each time I felt like I couldn’t bond with anyone around me. No civilian really GOT it. Not that they had to but when you hear someone bitching about their luxury vehicle getting scratched or their sandwich that wasn’t made correctly…it pissed me off, just a little bit each day until…BOOM. I was the poster boy for road-rage and would actually get out of my vehicle and confront drivers when someone drove in a way that offended me. There really was no rational reason for my behavior…I was just pissed at the world.

I felt like Americans were so disconnected with reality and fixated on reality shows and the next thing they could buy. Thus, I was the typical, angry and dysfunctional veteran. So I did what a lot of veterans do best: I isolated myself. My personal and professional relationships suffered and I couldn’t seem to choose to be happy. 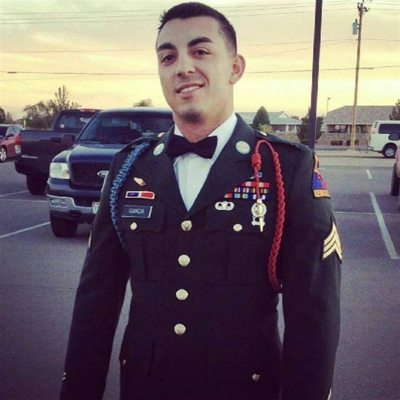 When Dionisio Garza III became troubled in recent months and went on a shooting rampage in a west Houston neighborhood on Sunday, May 29, 2016, the day before Memorial Day—it came as no surprise to me. I wasn’t shocked or incredulous or perplexed after I had heard about his combat background. He had been on at least two tours in Afghanistan. Most tours for Army Soldiers last eighteen months. That’s three years in a combat zone for Dionisio. When a Soldier is away for that long in a war zone, and they probably don’t understand or can’t begin to wrap their heads around the big picture strategy of our politicians and military leaders, it takes a toll on many. Some call it, PTSD or “Shell Shock”. I call it, being sheltered from the rest of the world pre-service, and then being tossed into an environment that is closer to real life than it is at home.

I’m not just talking about trying to kill each other for some sort of intangible goal, that doesn’t really exist anyway. Among other things, I’m also talking about seeing the truth; seeing how far our military reach goes into other countries and why; seeing the value of the U.S. Dollar for what it is; seeing the consequences senseless wars take on the indigenous; seeing the men you train with die or change for the worse. Most young Soldiers do not have the experience or the emotional intelligence to understand what they’re feeling and how to deal with the changes especially after redeployment and not being around their team. When they are plunged back into civilian life they are alone and in many cases, don’t even know they need help, much less seek it out.

Dionisio was visiting friends in Houston when he just lost it. He grabbed his AR-15, locked and loaded, then fired 212 rounds into random vehicles, including first responders, injuring 6 and killing 1. The last person killed was Dionisio himself. “I think he was haunted by everything he experienced there. I think it changes you,” his mother said. “I don’t know how you can go through what he went through and see what he saw and not have it change you or affect you.”

Garza’s mother, father, two sisters and brother each described the Afghanistan Combat Veteran as, “loving.” “Just in the last two weeks, it progressively got worse. It was not the same boy that we raised. Not the loving uncle, the loving brother,” his father said.

I like to think that when a Soldier deploys for any reason, they are at ease on a certain level, because they feel that they are defending Americans. I’m not sure what it was that made him start firing on the men and women he fought for in combat. In the Afghanistan combat environment, I’m sure the American people seemed distant. So, perhaps his motivation turned focusing on fighting for the men by his side. Even after this terrible tragedy, his Facebook friends, who seem to have fought with him down range, show nothing but support and comradery; something I’m sure most civilians will never understand. His Twitter account is filled with the frustration he feels and he voices that frustration to some people, including Speaker of the House, Paul Ryan and the Mayor of London.

“You know he was rambling off about the economy collapsing, you know, and that something was going to happen by Monday, that kind of stuff. Of course you look back now and there were signs. There were signs,” said his father. On May 25th he even Tweeted a message about the U.S. Dollar collapsing soon.

Most of my fellow veterans seem to be able to come home and live just as they did pre-deployment. We might know our truth and drink or drug ourselves numb, or we seek help and find inner peace, or perhaps, we use the “bewildered herd” of the masses to our advantage and succeed. Once in a while, a brother slips through the cracks and causes the mayhem he feels inside for the world to see.

I do not condone such a violent act. However, perhaps we should know all of the reasons that we go to war, rethink those reasons and maybe even how we live our lives as Americans in general. Let’s think of the consequences on a macro level.

The world is a much smaller place than it was twenty years ago. It is no longer acceptable to drive forward with blinders next to our eyes. Some Soldiers just will not stand for it.

Don Johnston (U.S. Army) is a Senior Correspondent for Lima Charlie News. SGT. Johnston served with distinction in the U.S. Army as a non-commissioned officer with tours in Central America, Africa and the Middle East, from 1994 to 2008. Don was with the U.S. Army Civil Affairs and Psychological Operations Command (USACAPOC) on active duty in Iraq during Operation Iraqi Freedom.