On Wednesday, the U.S. Senate held its confirmation hearing for David Shulkin, President Trump’s nominee to head the Department of Veterans Affairs. President Trump campaigned on a promise to fire “the corrupt and incompetent” leaders of the Department of Veteran’s Affairs. Dr. Shulkin, the VA’s current Under Secretary of Health, is a holdover from the Obama administration.

Shulkin had a relatively smooth hearing in contrast to President Trump’s other cabinet nominations. He pledged to make changes under the new administration, telling Senators, “I am going to be serious about making these changes and regaining that trust, and if I don’t do it, I should be held accountable, and you should replace me”. 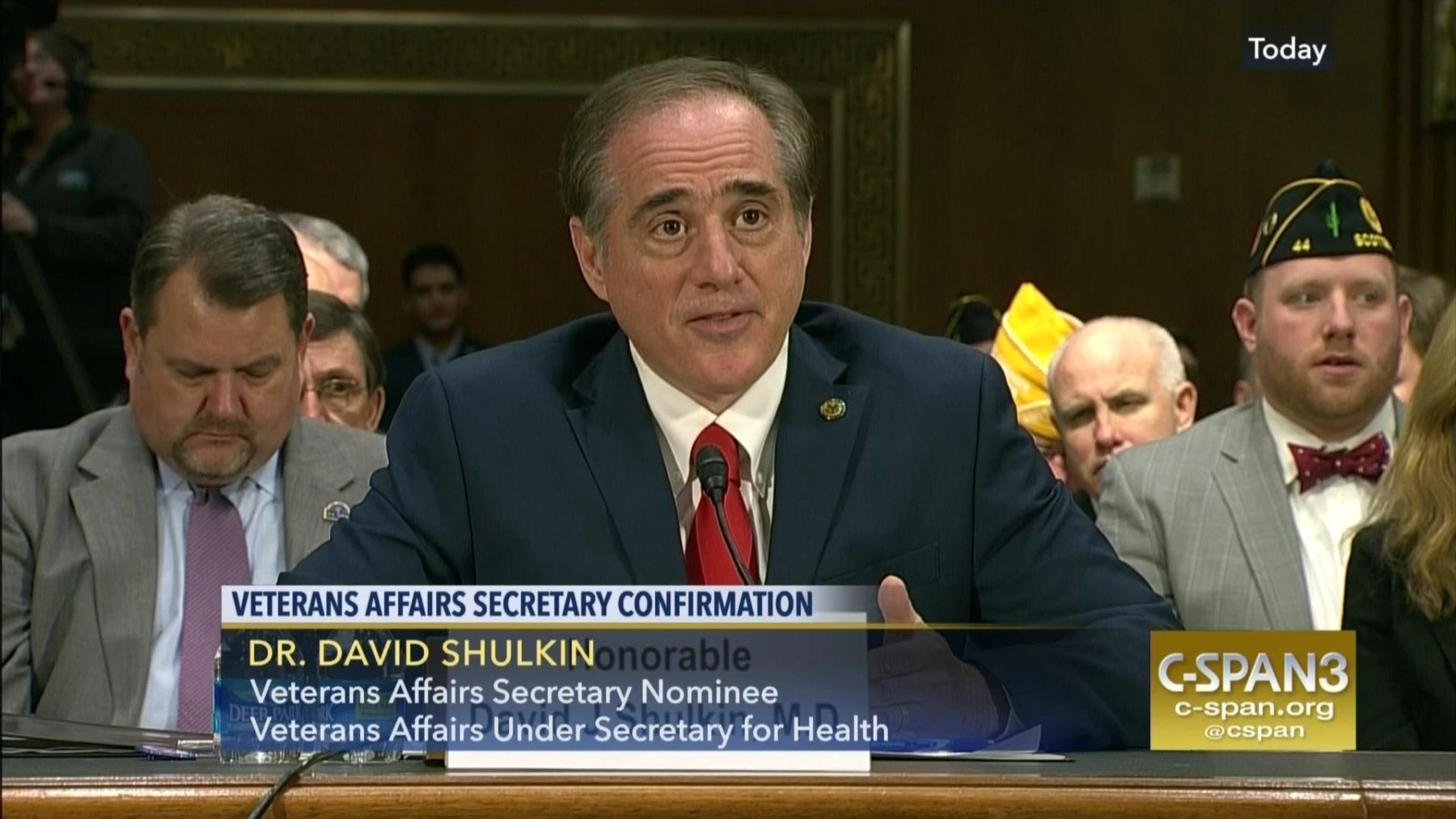 Despite reports that President Trump was considering plans to privatize the VA, Shulkin told the Veterans’ Affairs committee, “The Department of Veterans Affairs will not be privatized under my watch.” He added, “What I told [Trump] is, is that I’m a strong advocate for the VA, that the services that are available at the VA are not available in the private sector, and that my view of where VA needs to go is an integrated system of care taking the best of VA and the best of the community,” he said.

Dr. Shulkin testified that “a basic function of any chief executive is to be able to get the right people working in the organization, and those that do stray from the value that we hold, have to leave the organization.” Shulkin stated, “We don’t currently have that right on either side, so I see this as a dual-pronged process.”

Veterans groups were encouraged by Shulkin’s stated commitment to reforming the VA, including staffing the department with the right people. Dan Caldwell, policy director for Concerned Veterans for America, told Lima Charlie News in a statement:

“We are encouraged that Dr. Shulkin acknowledged continuing problems within the VA, which previous leadership has tried to minimize. Dr. Shulkin expressed the need for transformational VA reforms, such as an expanded ability to fire employees who engage in misconduct or under-perform. We hope that Dr. Shulkin will work with Congress to pass the VA Accountability First and Appeals Modernization Act, which will help fix the VA’s broken disability claims appeals process in addition to protecting whistleblowers and making it easier to terminate bad VA employees.

While Dr. Shulkin admitted that the Choice Program is currently not functioning properly, he did not have the chance to outline a complete vision for how this program will function in the future or whether veterans should receive choice through a different vehicle. In follow-up responses to the committee, we expect Dr. Shulkin will address how he plans to provide veterans with choice over where and when to see a doctor. Expanded choice was a key element of the President’s VA plan, which contains many reforms that are overwhelmingly supported by veterans.

Concerned Veterans for America will continue to advocate for more accountability for VA employees, more health care choices for America’s veterans, and more transparency within the VA. As we have done in the past, we will not hesitate to hold lawmakers of both parties and the new administration accountable if they break their promises to America’s veterans and fail to pass needed reforms.”

A Senate panel could vote as early as Tuesday on Shulkin’s nomination. A vote would come sometime after that in the full Senate, where he is expected to be easily confirmed.

Dan Webb is a former U.S. Air Force Airborne Systems Engineer on the RC-135 Rivet Joint aircraft. He completed three deployments to Southwest Asia in support of Operation Enduring Freedom and Operation Iraqi Freedom totaling over 1200 combat flight hours. He currently works as a software engineer for an Omaha based marketing agency. Previously he worked for the Office of Military and Veteran Services at the University of Nebraska Omaha where, as a student, he received his B.S. in Political Science with a minor in Economics. Dan’s interests include domestic economic policy, veteran’s issues, and national security. Follow Dan on Twitter @DanWebbLC  & listen to Dan every week on the Horse Race political podcast.