The humiliating defeat of the American Health Care Act has sparked a new energy in the left’s push for universal health care legislation. Activists are rallying behind Representative John Conyers’ (D-MI-13) bill which expands Medicare coverage for all U.S. citizens. The bill was introduced in January and now has over 90 co-sponsors.

Well, that didn’t take long! @RepGraceMeng becomes the 90th cosponsor for #MedicareForAll. Let’s get to 100!

Sarah Jones of New Republic reported Conyers’ statement last week on his bill, “I have been introducing the Medicare For All bill every session of Congress since 2003, and I’m the longest serving member of Congress. I have never seen more enthusiasm and energy behind this issue than what I’m seeing today, I will keep introducing this bill as long as it takes because access to health care—not just health insurance, but quality, affordable care—is a universal right, not a privilege for those who can afford it.”

Despite a reinvigorated effort for single payer on the left, not all Democrats are ready to support this, or any, bill which would drastically transform healthcare in the U.S.

During the 2016 Democratic primaries, Hillary Clinton told a crowd in Des Moines that single payer healthcare will “never, ever happen.” Clinton was referring to the plan which her opponent, Senator Bernie Sanders, was campaigning on and one which he has supported his entire career. More recently, House Minority Leader, Nancy Pelosi, told town hall attendees to support state options, effectively declining to support Conyers’ bill. Colorado’s Democratic senator Michael Bennett said that Medicare for All wasn’t “the right approach to solving our health-care problems,” partly due to the “massive tax increase” involved.

Many other Democrats have thus far elected to dodge the question on whether or not they support Medicare for All. There are some on the left who ostensibly support a single payer system but claim that it’s too unrealistic to campaign for, including Eric Boehlert of Media Matters, an outlet founded by Hillary Clinton surrogate David Brock. Recently, Beohlert snarkily tweeted several stories highlighting failed single payer efforts in states like Vermont and Colorado.

Admittedly, moving to a single payer model is not without obstacles. Insurance companies lobby members of both parties heavily to oppose such legislation. In 2016, the health industry spent $510 million lobbying politicians, mostly Democrats. Nobody received more money from the healthcare industry in 2016 than Hillary Clinton who got $20 million which was over four times as much as the next biggest recipient, Bernie Sanders, who got $4.8 million. Both, of course, were Democratic presidential candidates.

A Medicare for All plan would also require a sizeable tax increase. However, the increase would be offset by a reduction in out of pocket costs and premiums. A tax increase on the super wealthy would also mitigate impact on the middle class and the poor.

Regardless, obstacles to policy reforms have not caused liberals to shy away from supporting them in the past. Liberals fought for civil rights, same-sex marriage, the overturn of the military’s Don’t Ask, Don’t Tell policy, as well as others despite initial setbacks. Boehlert cites the failure of a single payer effort in Vermont as proof that it’s unrealistic but Proposition 8, legalizing same-sex marriage in California, failed to pass just a few years before same sex marriage was legal nationwide. Being a liberal or a progressive necessarily means fighting for change which the public may not be ready to embrace.

The question is why is single payer different for so many Democrats? One must assume that it’s because they do not consider healthcare to be a right. New Jersey Senator Cory Booker, who does not currently support single payer legislation, told reporters that same sex marriage was a civil right in 2012.

Booker’s answer was resolute because he apparently believes strongly that marriage is a right for everyone, regardless of their sexual orientation. But Democrats who do not support single payer effectively believe if a person does not have the money to pay for necessary services, they do not deserve to receive them. They can spin it by suggesting we need to strengthen the Affordable Care Act or enact reforms to the insurance industry but the only way to ensure everyone gets healthcare is to guarantee it. That’s what Conyers’ Medicare for All bill does.

Speaking of the obstacles to passing Conyers’ Medicare for All bill, popular support is not one of them. A Gallup poll from May 2016 showed that nearly 60% Americans support a single payer healthcare system making it more popular than the Affordable Care Act. That poll includes 41% of Republicans. In fact, when the Republicans’ American Health Care Act was pulled by the House last month, the story reporting it on the popular far right blog site Breitbart  was surprisingly riddled with comments in support of Medicare for All.

Keep in mind, this is after nearly a decade long assault on the idea of expanded government involvement in healthcare. But a single payer program does not just have popular support, in February 48% of surveyed physicians said they supported some sort of universal healthcare program while only 32% said they did not.

Since 2001 the U.S. has waged two major wars, and several smaller ones, at a cost of nearly $4.8 trillion. Today, the U.S. currently spends nearly $600 billion a year on defense. Much of that goes to aiding defense in Western Europe which effectively subsidizes those countries’ single payer healthcare systems, nearly all of which have better healthcare than the U.S. Defense spending this high is often justified by the global threat of terrorism which killed 3,024 Americans from 1975-2015 including the 2,983 people killed during the 9/11 attacks. Meanwhile, according to a Harvard study in 2009, upwards of 45,000 people die in the U.S. each year due to lack of basic healthcare coverage. Think Progress reported last year that as many as 27,000 could die each year if the Affordable Care Act is repealed. These reports are controversial but even if only half as many people died each year as the 2009 Harvard study suggest, nearly 30,000% more people die each year from lack of basic healthcare than foreign terrorism. Based on this statistic alone it’s clear what our national priority ought to be if the goal is saving lives. 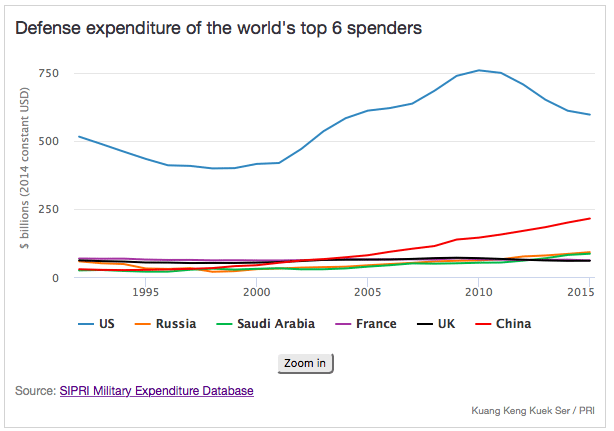 Right now, the biggest hurdle seems to be convincing Democrats and liberal media pundits to focus on policy which affects Americans’ lives instead of wild Russian conspiracy theories about how Putin may or may not have convinced two voters in New Mexico that Hillary Clinton was an alien.

As the left continues to fight for a single payer system, which will save lives, they need to press Democrats who refuse to support the policy. Make Democrats answer the question, “Do you believe healthcare is a right”? If they don’t, they should be primaried by a candidate who does. With Trump’s popularity sinking to a paltry 35%, the opportunity to win a significant number of Congressional seats in the 2018 midterms is only positive if the Democrats who win are willing to fight for Americans’ right to healthcare.

Dan Webb is a former U.S. Air Force Airborne Systems Engineer on the RC-135 Rivet Joint aircraft. He completed three deployments to Southwest Asia in support of Operation Enduring Freedom and Operation Iraqi Freedom totaling over 1200 combat flight hours. He currently works as a software engineer for an Omaha based marketing agency. Previously he worked for the Office of Military and Veteran Services at the University of Nebraska Omaha where, as a student, he received his B.S. in Political Science with a minor in Economics. Dan’s interests include domestic economic policy, veteran’s issues, and national security. Follow Dan on Twitter @DanWebbLC  & listen to Dan every week on the Horse Race political podcast.