During his first week in office President Trump signed an executive order that barred Syrian refugees indefinitely and blocked entry into the U.S. for citizens from seven Muslin nations. The devastating consequences reverberated within the United States and around the globe.

By the next morning, immigrants’ rights groups filed a petition on behalf of a man who worked for more than ten years as an interpreter for U.S. troops fighting in Iraq. Countless others, including an Iranian scientist heading to a lab in Massachusetts and a Syrian refugee family beginning a new life in Ohio, were also among those detained despite their proper documentation.

Protests erupted nationwide. U.S. District Court Judge Ann Donnelly immediately ordered that any refugees and others detained at airports or in transit to the U.S. should not be sent back to their home countries. Secretary of Homeland Security John Kelly further clarified that the punitive measures would not apply to legal U.S. residents, such as green card holders. The U.S. Court of Appeals for the Ninth Circuit in San Francisco would then unanimously reject the Trump Administration’s bid to reinstate the ban.

As a veteran-paratrooper who fought in Iraq and Afghanistan, I know that an American victory over terrorism is necessarily preceded by a victory over extremist ideology and propaganda. My experiences taught me that the efforts and sacrifices of our service members will not succeed without the support of a disciplined government. Recent history indicates that the President’s actions will do little to advance our physical security, but they will serve as a profound setback in our efforts to combat extremist ideology and propaganda.

There exists no magical list of countries—Muslim-majority or otherwise—from which banning travelers could keep us perfectly safe from any future attack.

After all, the U.S. has a rigorous, tightly controlled process for vetting refugees. Following an initial screening process by the United Nations, U.S. agencies like the FBI, Department of Homeland Security, and State Department take over. These agencies use overlapping and repetitive methods, including extensive interviews, health checks, biometric data analysis, and background checks, to dive into refugees’ backgrounds. Syrian refugees in particular must undergo additional steps of security clearing—the entire process can take an average of 18 to 24 months to complete.

To state it simply, the system is exhaustive, and it works—President Trump’s Muslim ban, on the other hand, definitively does not.

Set aside the fact that the executive order, using September 11 as its rationale, does not ban those who share a nationality with any of the hijackers. The list is something of a mystery; there have been zero deaths caused by immigrants from its seven countries since 1975, and it conveniently exempts several countries where the Trump family happens to conduct business, including Saudi Arabia, Turkey, and the United Arab Emirates.

The real problem, however, is that there exists no magical list of countries—Muslim-majority or otherwise—from which banning travelers could keep us perfectly safe from any future attack. This ban of desperate refugees and innocent immigrants is ultimately an empty gesture that will do nothing but embarrass the U.S. on the world stage and alienate many of the very people we rely upon as partners in the fight against ISIL. And to add fuel to the fire, these policies play directly into the hands of ISIL, who argue—like the Trump Administration—that Muslims cannot peacefully coexist in the West.

With our government failing, it falls to all of us to prove that argument false. By choosing the American way over fear and hate, we provide a powerful moral rebuke to the administration’s draconian, xenophobic policies and make our nation stronger and safer through our defense of our founding values of freedom, equality, and inclusivity.

Nathaniel Dowds is an attorney working in Columbus. Nathan served four years with the 82nd Airborne Division, deploying to Iraq in 2003 and Afghanistan in 2002 and 2004. He holds a B.S. in Business Administration from The Ohio State University and a J.D. from University of California, Hastings College of the Law. Nathan is active in numerous veterans organizations and is an excessively loud advocate for veterans and the under-served. He is a member of the Truman National Security Project. Views expressed are his own. 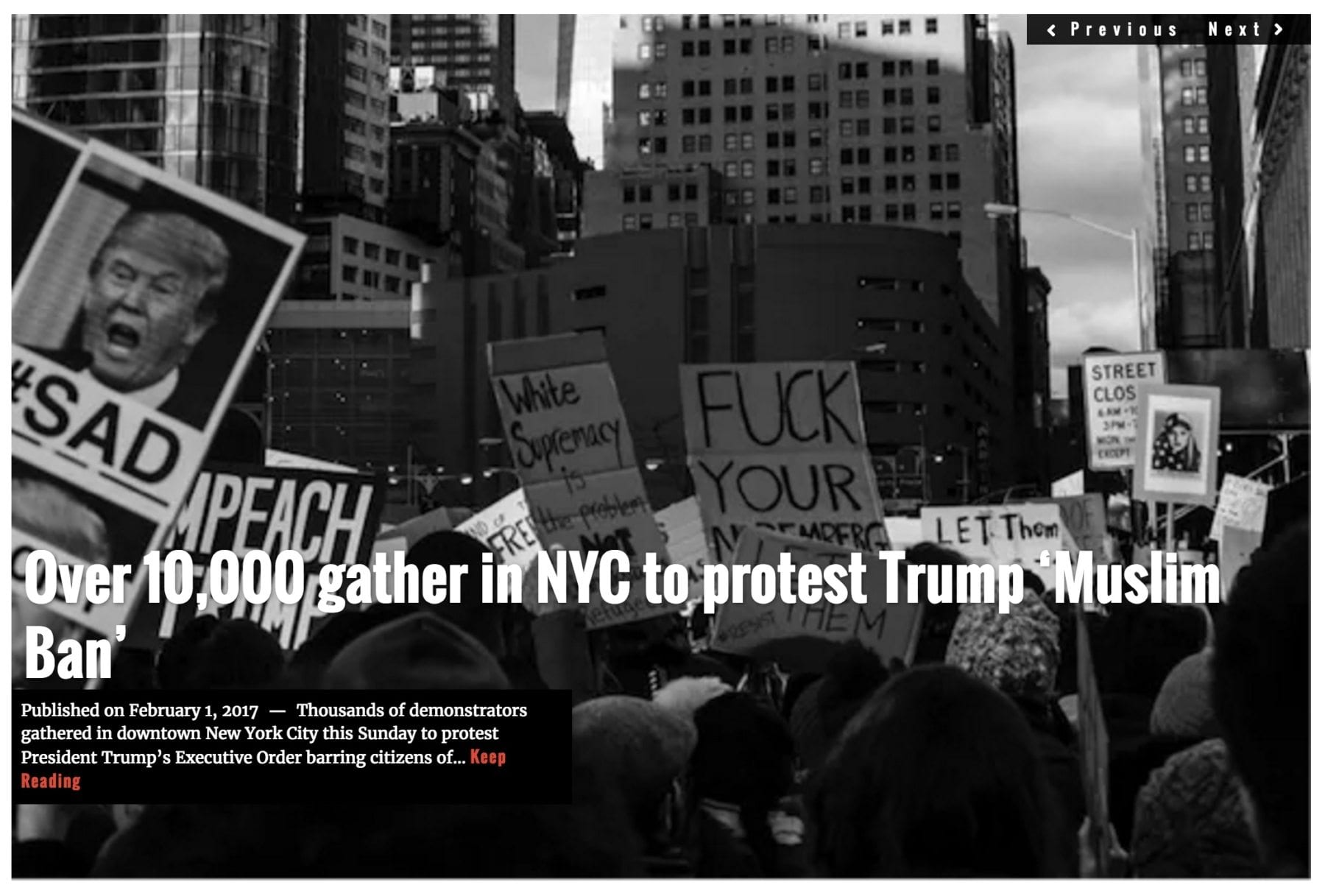