President Donald Trump announced, through Twitter, on July 26th, that he intends to ban transgender individuals from serving in the US armed forces. The announcement was not a surprise, instead it added kindle to the bonfire that the administration’s progressive opposition continues to plan its dance around. It did, however, further highlight the expanding rift between the President, his alternative-right White House, and Secretary of Defense James Mattis, and his moderate-unaffiliated Pentagon.

When James Mattis took the job of SecDef, the President made certain promises. These promises included Mattis selecting his own inner circle, without having to limit himself to the immediate and politically aligned candidates and sycophants that always surround a Presidential campaign. His aim was to run the Department of Defense without political bias.

The SecDef himself has in the past been a registered Democrat, and is known for being fairly progressive. He has, however, expressed certain doubts about the revocation of the Don’t Ask, Don’t Tell policy, and of women in overt frontline positions. Obviously, Mattis is a man that likes to weigh issues at hand, rather than follow the stale ‘party bloc mentality’ of the traditional Pentagon and Washington DC politico.

As a result of these promises, Trump gave Mattis a freedom of movement that included managing troop levels and direct operational aspects for all major US military theaters; Syria, Iraq, Afghanistan, among others.

However, during an informal meeting in the office cloakroom of the Speaker of the House, Paul Ryan (where records of such meetings are not legally required to be documented), it was decided by key Republican party players to push the issue of transgender service members. This was, in part, to force the Democrats to spend political capital on a needless battle, but also out of less pragmatic religious reasons. With this in mind, the leadership approached the President and his higher echelon, and sold the campaign accordingly.

This announcement was made while Mattis was on vacation in the Pacific Northwest, and after the SecDef had promised a 6 month review process of the matter. While reports from inside the Secretary of Defense office say that the matter had been discussed between Mattis and Trump a few days earlier, Mattis had made the point that due course had to be followed, something the President had seemingly agreed to.

A few days later, the President revived the topic, having already made up his mind, and SecDef Mattis found out about the soon-to-be-made-announcement merely 25 to 30 minutes before it went out, over Twitter. With little time to prepare, and even less time to argue counterpoints, the SecDef could do little, except to weather the storm. 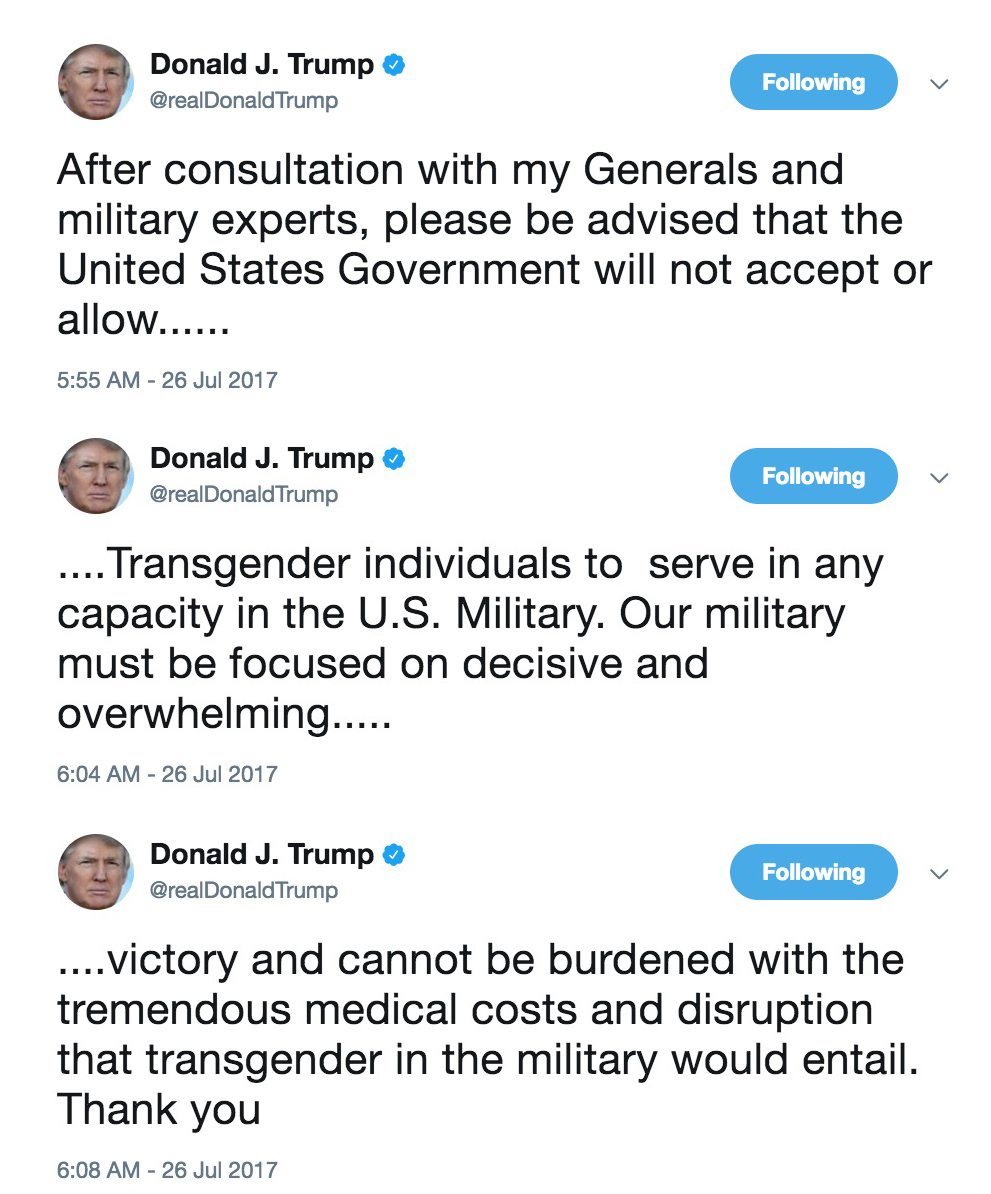 In essence, the campaign pushed for a regression of the Pentagon’s Transgender policy, favoring a return to the ban that was in effect during the Clinton and Bush administration years, prohibiting transgender individuals from serving in any capacity within the armed forces. That policy was changed in 2016 when the Obama administration lifted the ban, effecting the change in two steps. The first, which was completed during the summer of 2016, allowed existing transgender service members to serve in the military. A secondary stage should have been initiated on July 1st, 2017. This would have allowed individuals who are openly transgender to enlist. As part of the ongoing review process, and considerations from the White House, this stage was not enacted according to the set schedule.

House conservatives have often expressed, both in public and in private, frustration over Mattis. This is largely due to his advocating for the Pentagon to provide additional funding towards transition related medical care, and opposing political party considerations when appointing military leadership.

The immediate aftermath of the President’s tweets has made it clear that the Pentagon high echelon was not in tune with the President’s dictum, and did not consider the tweets an order by the executive branch. Joint Chiefs of Staff Chairman, General Joseph Dunford, stated that the policy on the matter will remain as it stands, until proper official directives are sent from the President’s office. 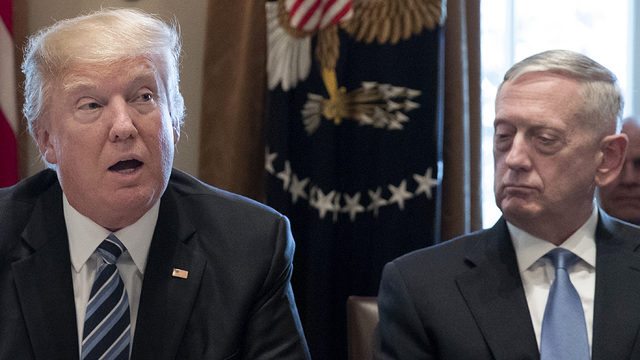 General Mattis was promised a fair amount of freedom, but throughout his time as SecDef his relationship with the President, and his staff, has become increasingly strained. Both Mattis and Dunford feel that the President failed to meet their expectations, and that the White House went around the proper procedures.

Several Senators, including John McCain (R-AZ), who chairs the Senate Armed Services Committee, have expressed similar concerns. Senator McCain said, “I think generally speaking, it’s accepted you consult the secretary of Defense before you make a decision that has to do with defending the nation.” 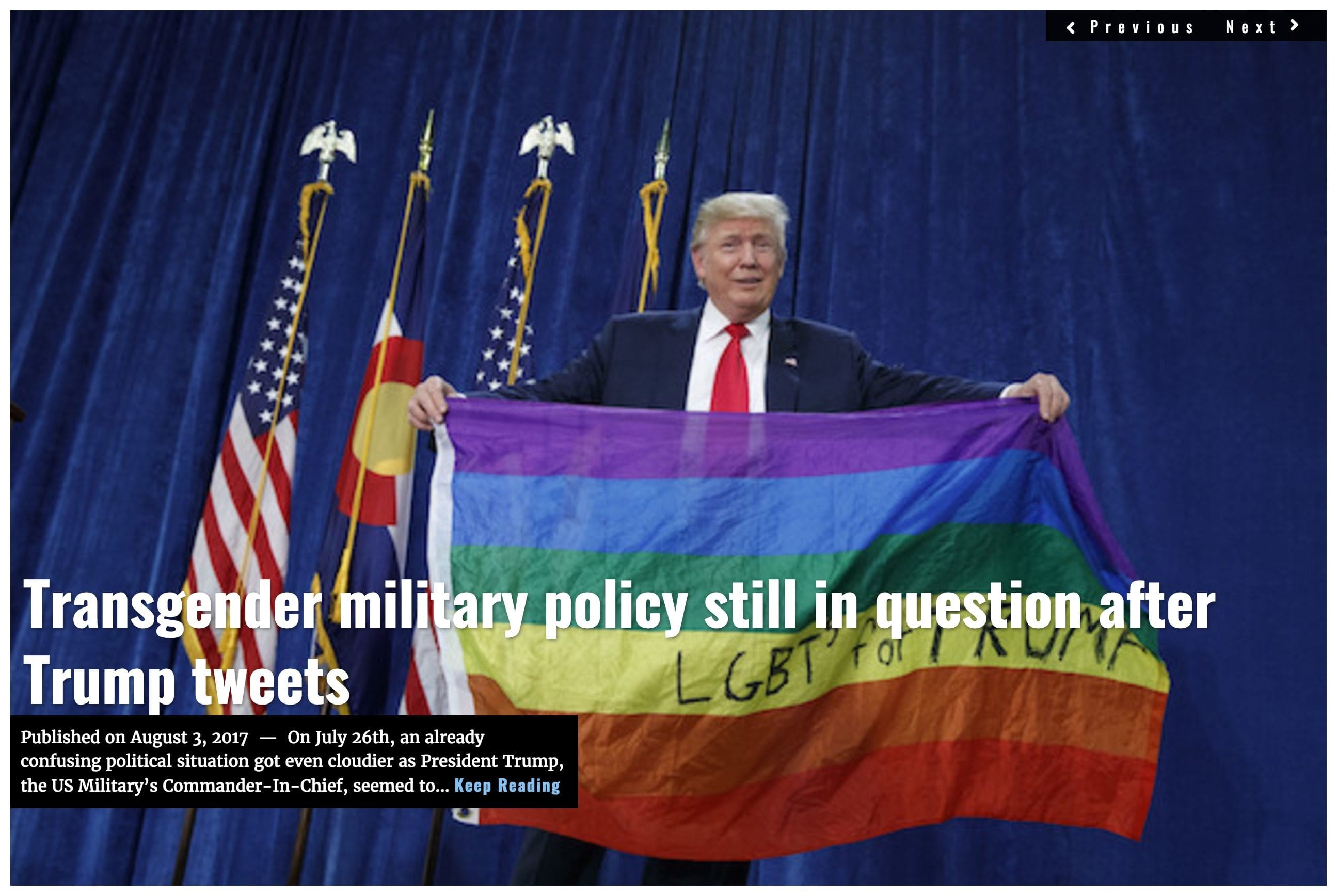 The Pentagon’s National Defense Strategy called for the US to

On December 18th, the Trump administration revealed its new National