The outcome of this dip is now being made apparent as the Iranian bank Mellat lost 37.5% in one single day of trading. 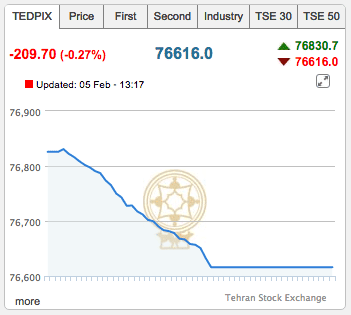 The Central Bank of Iran (CIB) had previously suspended trade of Mellat bank stock due to failure to follow banking regulations, but released it again for trade on February 1st after the bank came into compliance again.

The resumption of trading of the stock sent the Mellat shares down 37.5%, half of its value since the last international yearly indexing reference point last year.

Other bank stocks followed suit, including the shares of the Saderat and Tejarat banks.

US economy experiences massive slow down for last quarter 2016