Thomas Sutherland has died at the age of 85. Mr. Sutherland was a hostage in Beirut during the Beirut hostage crisis. He was held between 1985 and the end of 1991. Via Al Alarabiya English 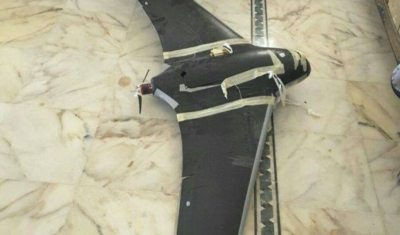 Flare up on the Saudi/Yemen border between al Houthi and Saudi coalition forces. Heavy fighting reported.

Updates on the fire near NATO Land Command Base: ‪#‎Unconfirmed reports indicate that firefighters might have been able to contain the spreading of the fire. 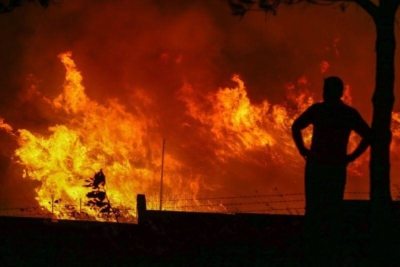 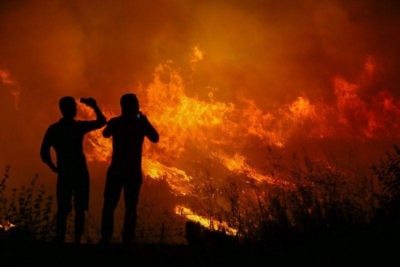 ‎Update: The fire is reportedly spreading in the direction of the ‪#‎NATO base installation. All efforts are being made to contain the fire before it reaches the base, and the base is reportedly on alert and preparing for necessary actions in the eventuality of the fire reaching the base perimeter.

NATO LANDCOM is the main headquarters for NATO activities in the region, and is where the controlling command of other NATO bases in Turkey lies, including ‪#‎Incirlik Air Base.

The fire is threatening to devastate a large civilian area. It is unclear how the fire started, but accusations have been made about it being intentional, and as part of a larger series of sabotages.

Reports of a large fire near ‪#‎NATO ‪#‎LANDCOM base in Turkey:

A large fire is raging uncontrollably near the NATO Allied Land Command base, based at Vecihi Akin Garrison, Şirinyer (Buca), İzmir in Turkey.

Update on ‪#‎Incirlik AFB in Turkey: External Power has been restored to ‪#‎US base after ‪#‎TurkeyCoup. After little over a week without external power Turkey has turned the external feed on again. The base is back at full operational capacity, albeit still under accusations of having harbored and aided air assets that took part in the #TurkeyCoup events on JUL15. An ongoing diplomatic discourse is still brewing between the #US and #Turkey as to whether the US had any prior knowledge or involvement in the coup.

UNCONFIRMED reports that a #Kurdish outpost was hit by chemical weapons, west of Mosul, in Tal Afar on JUL22 by ‪#‎ISIS. 3 wounded.

Reports of #ISIS having deployed chlorine gas against the Kurdish outposts. The delivery method, and type of agent, was through mortars armed with chlorine gas.

This is not the first time allegations of chemical weapons being used by ISIS were launched; Similar accusations have been leveled against the group by Kurdish Peshmerga on the Gwer front, where ISIS is alleged to have used mustard and chlorine gas, which resulted in dozens of fighters wounded.

Gunman who killed 9 in ‪#‎Munich was obsessed with shootings and had an obvious link to Norwegian mass murderer Breivik, German police say.

‪#‎Munich shooter was an 18 year old guy born in Germany by Iranian parents, had lived in Munich for at least 2 years. He had a German passport and an Iranian passport. Name withheld until further notice.

‪#‎Munich SITREP: Situation is considered over; 1 Shooter dead. The official death toll is 10 people dead, and 21 injured including 3 critically wounded. 2,300 Police officers, different agencies as well as Swiss and Austrian Police Special Forces were involved in the operation.

“Peshmerga will not withdraw from liberated areas,” says the Peshmerga Ministry of the Kurdistan Regional Government (KRG). Via Rudaw

Death toll from today’s incident in ‪#‎Kabul has risen to 80 with over 200 wounded. @TOLONews.

Update: The explosion took place during a Shia Hazaras demonstration against the Government in regards to a key power transmission line in the area of Dehmazang Square.

Reports of TWIN VBIED’s explode in ‪#‎Dehmazang square in ‪#‎Kabul, capital of ‪#‎Afghanistan. Death toll believed to be in the 50s, the injury toll to be in the low 200s.

#‎Syrian Civil Defense is reporting that the last operating blood bank in ‪#‎Aleppo has been struck by airstrikes.

Four hospitals hit by air raids in ‪#‎Aleppo in past 24h, report via @AFP and The Syrian Independent Doctor’s Association.

Official Report: The ‪#‎AirBus ‪#‎A320, in service with ‪#‎EgyptAir, flying as ‪#‎MS804 broke up midair after a fire near or inside the cockpit made the plane inoperable and its crew unable to contain the mayhem. It is unclear at this time if the fire was caused by malicious acts or mechanical failure. The plane was heading from Paris to Cairo when it crashed on MAY19, killing all 66 souls onboard.

An ‪#‎Indian Air Force (IAF) Antonov AN-32 has gone off radar, and is presumed to have crashed somewhere between the Indian Air Force Base of #Chennai, and the planes destination in Port Blair. The plane is designated a courier plane, transporting VIPs, paperwork that needs escorts, and small volume cargo.

The plane was originally stated to have some 29 souls onboard, but according to later official statements the cargo manifest states 6 crew members, and 8 civilians, to have been onboard at the time of the disappearance.

The plane had done a standard call in some 16 minutes before it disappeared from radars stating that all was well. Shortly thereafter, the plane did a reportedly unscheduled turn based on radar imagery – and then quickly disappeared.

The Indian Navy was quick to respond to the situation, and has dispatched 5 surveillance aircrafts, including a Dornier reconnaissance plane. They have also dispatched 13 ships, and a submarine, to look for the plane.

The plane has an emergency beacon locator that activates when certain systems on the plane shuts down or when it is emerged in water – and the Indian Navy Sub is equipped to search for any potential underwater signals that the locator might be emitting.

The Antonov AN-32 is a true workhorse for the Indian military, who has some 105 of them in current service, most of which have been upgraded to reflect the changing needs of the military and to keep up with modern demands.

John Sjoholm is a seasoned Middle East specialist with a past in the Swedish Army’s Special Forces branch, and in the Private Military Contracting industry. He lived and operated extensively in the Middle East between 2005-2012 as part of regional stabilizing projects, and currently resides in Jordan. Follow John on Twitter: @JohnSjoholmLC