Tabqa, Northern Syria – Tabqa, one of the premier strongholds of the Islamic State outside of its de facto capital in al Raqqa City, has for the past week been the site of horrendous street-to-street fighting. IS fighters are clinging to their positions throughout the town, offering severe resistance against the onslaught of advancing Syrian Democratic Forces (SDF).

The SDF, an alliance of Kurdish, Arab, Assyrian and other militias, are seeking to eliminate, if not isolate, the remaining pockets of IS fighters throughout the area. For every foot taken from IS, the SDF has to pay a deadly price. The ferocity of the defending Jihadist militants in the town has also caused immense delays on the upcoming offensive on al Raqqa City. It is not until the township of Tabqa lays under SDF control that the offensive can begin in earnest.

Throughout the week, SDF forces have been attacking the western flank of the IS stronghold in Tabqa, engaging in fierce round-the-clock street fighting. Eyewitness reports say that SDF’s casualty rates are high, but the People’s Protection Units (YPG), which make up the bulk of engaged troops, do not release official casualty rates to deny IS any victories of morale. It is however known that in the initial 72 hours of the western flank attack, IS lost some 47 fighters, 6 of which were would-be-suicide bombers.

A female #SDF fighter poses with the baby of a family rescued from ISIS in western #Tabqa (April 10). pic.twitter.com/grhZLPW5K8

In the past week, the SDF has been able to capture the majority of the Alexandria neighborhood in the southern part of Tabqa, with rear supporting units securing adjacent villages, such as al Mushayrifah, with the help of US-led coalition air support. The air support has been striking infrastructure within the remaining enemy held territories, disrupting the ability to send reinforcements and regroup. As the SDF ventures further into the town, air support will become increasingly difficult to provide however, as the close proximity to civilians runs the risk of civilian collateral damage.

On April 19th, the coalition targeted and destroyed all the bridges in the town of al Bukamal, east of Deir Ezzor, to prevent incoming reinforcements from reaching the Deir Ezzor frontline. On April 20th, the US-led coalition carried out a series of airstrikes taking out 4 key bridges inside the town of Hazimah, located to the immediate north of al Raqqa City, preventing the Islamic State from regrouping and sending reinforcements to its frontline.

IS fighters have been able to keep a well supplied and numerically superior SDF at bay so far mainly out of sheer willpower. This has caused not only morale problems within the SDF ranks, but also delays for the all important anticipated al Raqqa offensive.

The commander of the YPG, Sipan Hemo, stated in early April that the intent was to begin the offensive on Raqqa City in April, but three weeks into the month, that timeline appears to have been shattered. The SDF is currently regrouping outside of Tabqa, with additional reinforcements arriving, and hopeful field commanders have been declaring that Tabqa should be liberated within the next few days. It is not until the Tabqa front is under control that SDF can be expected to redistribute its forces towards the planned and much anticipated al Raqqa offensive. Sources within YPG have indicated that the current plan calls for SDF forces to regroup and initiate the assault on al Raqqa no later than early June. 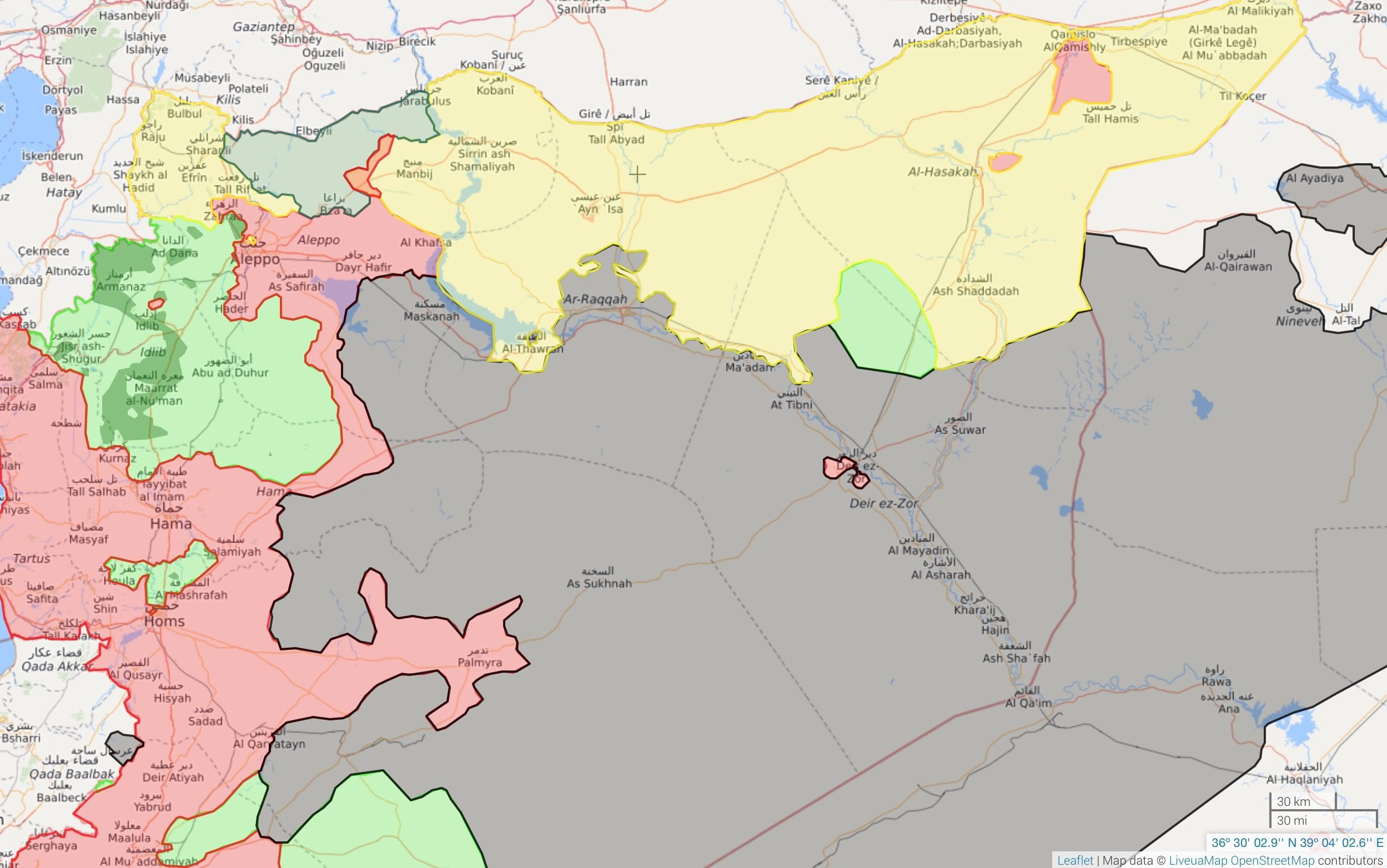 Amidst this, the SDF is facing a significantly greater challenge. On April 11th, a US Air Force MQ-9 Reaper drone launched a missile against a designated ground target south of Tabqa, striking an SDF forward fighting position, killing 18 fighters from the alliance Arab block. The friendly fire incident has been attributed to incorrect target coordinates having been given to the US Central Command (CENTCOM). CENTCOM coordinates drone strikes and coalition air assets in the area. Some details remain clouded in the obscurity of the battlefield, but either the fighters in the position struck, or someone from rear elements incorrectly designated the SDF position for a missile strike.

According to an April 13th CENTCOM statement, “The strike was requested by the partnered forces, who had identified the target location as an ISIS fighting position. The target location was actually a forward Syrian Democratic Forces fighting position.” The incident caused parts of the Arab blocks to leave the frontline, which casts some doubt on the much needed involvement of the Arab militia groups in the SDF alliance.

The Arab militia block has always remained in the minority inside the SDF, which consists primarily of fighters from the Kurdish YPG militia group. Arab blocks are essential in order to garnish support from the West, which believes that a strictly Kurdish force entering the city of Raqqa will have a detrimental effect, causing ethnic turmoil. As a result, the Kurdish YPG and SDF leadership are now scrambling to attempt to expand on its Arab numbers. As of yet it appears that no realistic solution has been found.

The situation has been used by Turkey’s President Erdogan to criticize the SDF, and the coalition plan to liberate Raqqa. President Erdogan will be in Washington D.C. on May 16th, likely to present a new, Turkish-backed plan for the liberation of Raqqa. A Turkish plan will likely involve the Free Syrian Army (FSA), which in its current iteration has seen dubious successes on the battlefield, and reportedly consists of, to no small extent, elements that have in the past been directly aligned with Jihadist militant factions. According to reports from Ankara, the FSA is preparing an offensive on Deir Ezzor in the coming months, with the support of coalition Special Operations units.

A deepening of Turkish involvement in the Syrian conflict is likely to present long term issues, partly due to the Damascus-regime not desiring Turkish military presence within its borders, and partly because the Kurds are not likely to willingly surrender their gained territory. If Washington decides to back a potential Turkish plan, which is likely to exclude the Kurdish militia groups and the SDF along with them, then an escalation in Kurdish offensive asymmetrical warfare both within Syria and Turkey is likely to occur.

[Edited by May Hamza and Anthony A. LoPresti][article submitted April 21, 2017] 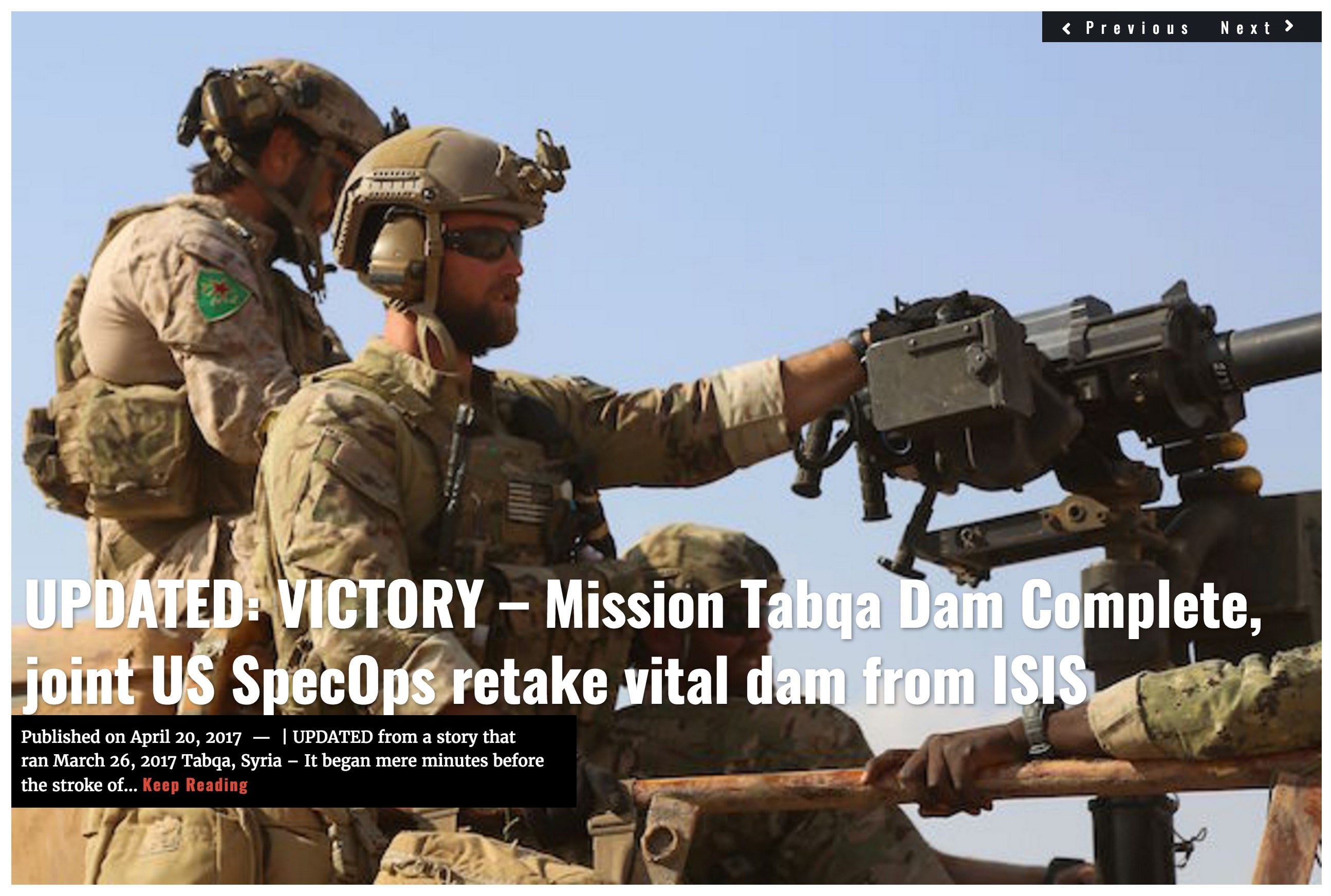