Central Yemen – US military helicopters entered Yemeni airspace early this morning (January 29th). Their destination was deep inside al Qaeda and militia held territory, the Jakla district inside the town of al Baydha. Their presence marked the ongoing US Special Operations and Intelligence Community’s aggressive campaign to combat al Qaeda and its affiliated militia groups throughout the region.

Residents awoke at dawn to an explosion inside a walled off compound attached to a local mosque. This was the first salvo of the assault. A Boeing AH-64 Apache had fired a remote controlled missile into the compound, killing Abdul Raouf al-Dhahab. al Dhabab was the regional al Qaeda commander. Within minutes after the explosion, a Bell Boeing V-22 Osprey hovered above the compound. Supporting Apache helicopters performed overwatch from the air.

During the attack, one of the Apache helicopters was damaged, likely the result of militant fire from the ground. The V-22 Osprey carried members of the elite US Army Special Forces, Navy SEALs, and members from the US Marine Corps 13th Marine Expeditionary Unit. As forces repelled down into the burning compound from the hovering Osprey’s rear loading ramp, the Osprey came under fire. It responded with its rear mounted .50 caliber M-2 machine gun, protecting the SOCOM men that were exposed midair.

The Osprey soon became destabilized midair, and had to do a controlled ‘hard landing’. The V-22 would never fly again. Crew and supporting operators quickly disabled the helicopter by utilizing HE and incendiary explosives.

While the flight crew was disabling their downed bird, operators inside the compound engaged in the ensuing gunfight. As the battle raged, one of the Apache helicopters engaged armed ground targets approaching the compound from the east with its machine gun.

The gunfight inside the compound would rage for a reported 45 minutes before US forces began exfilling – still while under fire – through the compound wall that had been damaged in the initial strike. They loaded into a supporting Osprey that touched down to receive them.

The battle left one Navy SEAL dead, and 3 others injured. It spelled the death of upwards of 45 al Qaeda militants. The assault left a reported 16 civilians killed that were inside the compound at the time, mainly women and children. Among the dead was 8 year old Nura, the daughter of the late US-born al Qaeda leader, Anwar al Awlaki. Awlaki’s wife and Nura’s mother, Nawar bint Anwar Awlaki, were also killed during the attack.

Eyewitnesses state that US forces carried two unidentified, but believed to be local, individuals out from the compound.

This assault marks the 6th time, and by all accounts the final attempt by the US in the past 5 years to target and “neutralize” Abdul Raouf al-Dhahab. al-Dhahab was a long standing key commander within the regional al Qaeda movement, and comes from a family of militia members of varying allegiances. Members of the al-Dhahab family have fought on all sides of the recent Yemeni civil war, including Hadi, Houthi, and various regional militia groups. Through the official al Qaeda in the Arabian Peninsula telegram account, the group referred to al-Dhahab as a Mujahidin or “holy warrior”. 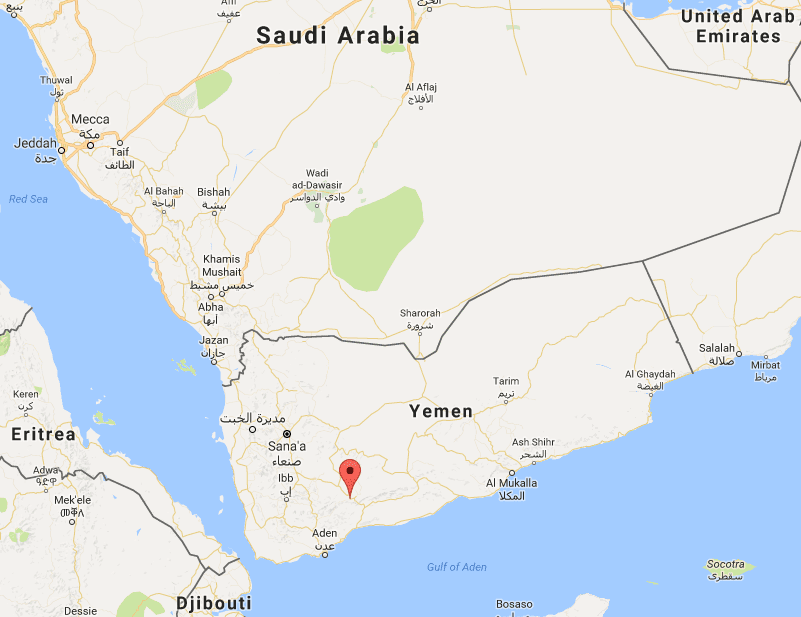 The attack also saw the death of Seif al-Nims, another high ranking al Qaeda commander that had found his way to the US kill list. While the raid seemingly succeeded by “neutralizing” al-Dhahab, local intelligence and security forces believe that the intended was al Qaeda leader Qassim al-Rimi, whose whereabouts are currently unknown.

The raid is the first in-country attack by the American military since the civil war officially began in 2014. It is also the first Special Operations raid and the first military casualty under the Presidency of Donald Trump.

As reported by Lima Charlie News, the US has engaged in an aggressive drone strike offensive in Yemen and throughout the region to combat the reemerging threat of al Qaeda. In Yemen alone, over 25 drone strikes have been carried out since the start of the new year.

An anonymous defense official stated that the operation, which took place in the remote desert of Yemen’s Shabwa governorate, had been prepared and planned for months. The primary purpose of the mission was to obtain intelligence information, including computer material. The US Government has reiterated that it considers al Qaeda in the Arabian Peninsula (AQAP) to be the most powerful, and most dangerous, militia group today, and that they are planning external attacks in the west.

John Sjoholm is Lima Charlie’s Middle East Bureau Chief, and the founder of the consulting organization Erudite Group. He is a seasoned Middle East connoisseur, with a past in the Swedish Army’s Special Forces branch and the Security Contracting industry. He studied religion and languages in Sana’a, Yemen, and Cairo, Egypt. He lived and operated extensively in the Middle East between 2005-2012 as part of regional stabilizing projects, and currently resides in Jordan. Follow John on Twitter @JohnSjoholmLC