North Korea’s 5th nuclear test this week and escalating nuclear program continues to be a problem for the civilized world. Except China.

Punggye-ri, North Korea – On Friday, North Korea tested its 5th nuclear device, just on the heels of Monday’s launch of three ballistic missiles, one of which was launched from a submarine.

A 5.3 magnitude seismic shift was reported in North Korea’s northeast near Punggye-ri, an underground test site where the North has carried out its previous tests.

Veteran North Korean news anchor/news reader, Ri Chun-hee, appeared on state television to announce, “This is our response to hostile powers, including the United States. We are sending out a message that if the enemies attack us, we can counterattack … We will continue taking measures to protect our dignity and our right to exist from the American threat.”

Ri Chun-hee, a 73 year-old staple on state owned Korean Central Television, had announced her retirement in 2012 as chief newsreader. Since then, she’s made various returns to deliver Kim Jong-Un’s most important announcements, such as North Korea’s first successful H-bomb test in January 2016. Ri Chun-hee’s return Friday, marks such an occasion.

Adding to North Korean state media reports that the test was a success, are reports that nuclear warheads may be mounted onto ballistic rockets.

North Korea remains the only country that continues to test nuclear weapons in this century. China’s last test was in 1996 when it signed the Comprehensive Test Ban Treaty (CTBT), with the U.S. detonating its last nuclear bomb in 1992. Despite 183 signatories to the CTBT, the U.S., along with China, Egypt, Iran and Israel have not ratified the treaty, while India, North Korea and Pakistan have not signed it.

After an emergency Security Counsel meeting, South Korean President Park Geun-Hye spoke out against the test calling it “maniacal recklessness”. “Kim Jong-Un’s regime will only earn more sanctions and isolation … and such provocation will further accelerate its path to self-destruction,” Park said, warning that his obsession with creating a nuclear arsenal posed a grave challenge. Park added, “We will step up pressure on the North by using all possible measures, including more, stronger sanctions on the North with the international community and at the UN Security Council.”

Japan’s Prime Minister Shinzo Abe stated that “North Korea’s carrying out of a nuclear test is absolutely unacceptable … North Korea’s nuclear development is becoming a graver threat to Japan’s safety and severely undermines the peace and safety of the region and the international community.”

The recent test coincides with the anniversary of the 1948 foundation of the Democratic People’s Republic of Korea. “The 10-kiloton blast was nearly twice the fourth nuclear test and slightly less than the Hiroshima bombing, which was measured about 15 kilotons,” said Kim Nam-Wook from South Korea’s meteorological agency.

US President Barack Obama said in a statement that the US “does not, and never will, accept North Korea as a nuclear state” and that North Korea’s actions will have “serious consequences.” Obama called the test a “flagrant violation” of multiple Security Council resolutions, and that it “demonstrates [North Korea] has no interest in being a responsible member of the international community.”

North Korea’s decision to conduct another nuclear test is outrageous and unacceptable. pic.twitter.com/i8h9j2oiIC

The U.S. Department of State, via Secretary of State John Kerry issued a statement condemning the test as “a grave threat to regional security and to international peace and security.” The statement added, “The D.P.R.K.’s repeated and willful violations of its obligations under UN Security Council Resolutions, its belligerent and erratic threats, and web of illicit activities around the world indicate it has no interest in participating in global affairs as a responsible member of the international community.”

At a press conference, Secretary of Defense Ash Carter, added that North Korea’s test constitutes a “direct challenge to the entire international community.”

Reaction from China came from the Foreign Ministry in Beijing, which announced on Friday that it was “resolutely opposed to North Korea’s latest nuclear test and strongly urges North Korea to stop taking any actions that will worsen the situation”.

Questions continue to arise, however, whether China, North Korea’s only ally and largest trading partner, is able to assume a greater role in curbing North Korea’s nuclear program. A CNN report asked, “Is China totally impotent on North Korea?”

At this week’s ASEAN summit in Laos, the US and South Korea met on the sidelines to discuss tougher sanctions on North Korea after Monday’s launch. However, it has become more apparent that sanctions are not effective, and that North Korea’s nuclear program is growing. 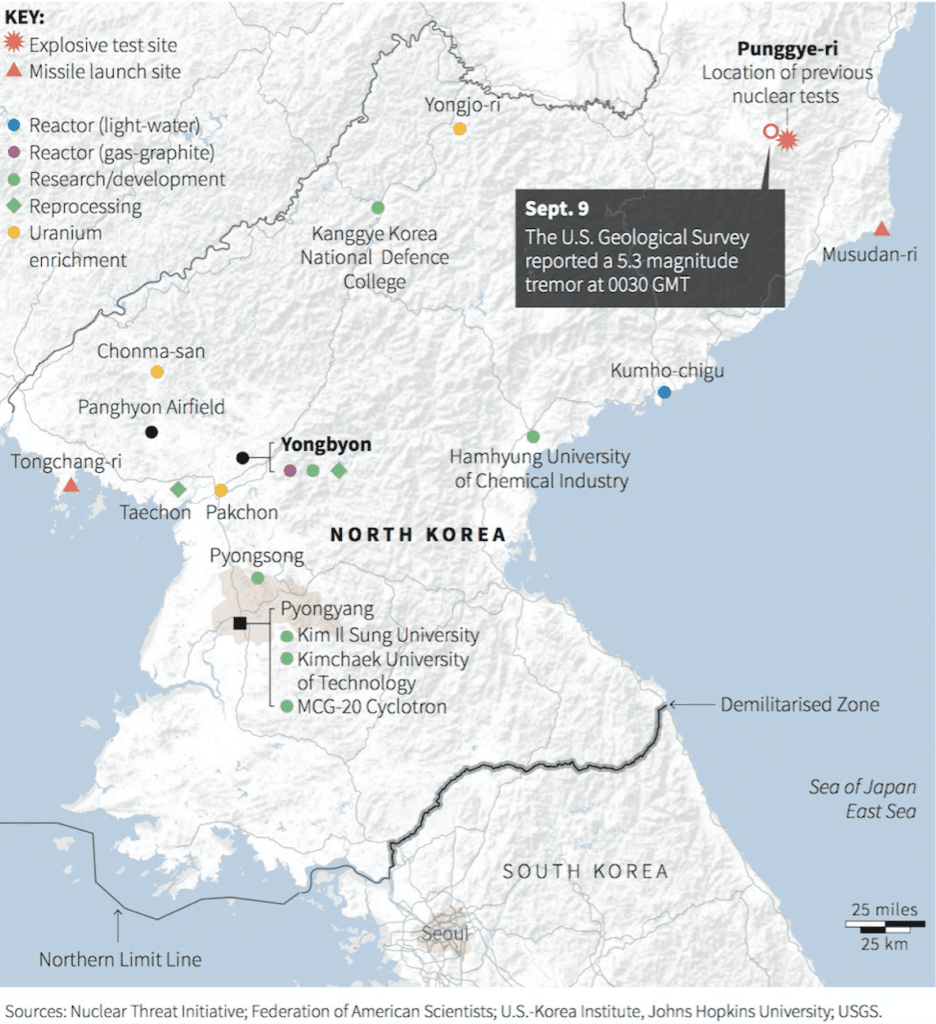 Although China’s position is that it “firmly opposes” the test, it has not voiced support for tougher sanctions. This includes possible UN Security Council options such as closing sanction loopholes and a ban on North Korean exports of coal, iron and iron ore, which generate the largest source of foreign income for the country.

In light of recent, heightened tensions over territorial disputes, economic trade and increased influence in the South China Sea (as reported by Lima Charlie), many believe that China not only does not view North Korea’s actions as a problem, but as an opportunity.

China’s negotiating points in the region are many, with issues such as the Senkaku Islands, which China is currently jousting Japan for control over, support of the AIIB or the One Belt, One Road initiative, and deployment of the Theater High Altitude Area Defense (THAAD). THAAD is an anti-ballistic missile system China claims has only one purpose, which is to spy on China, and not defend South Korea. Questions remain whether THAAD also undermines China’s nuclear deterrent. China’s military expansion and spending has also sparked arms escalation among its neighbors in the region and South China Sea. 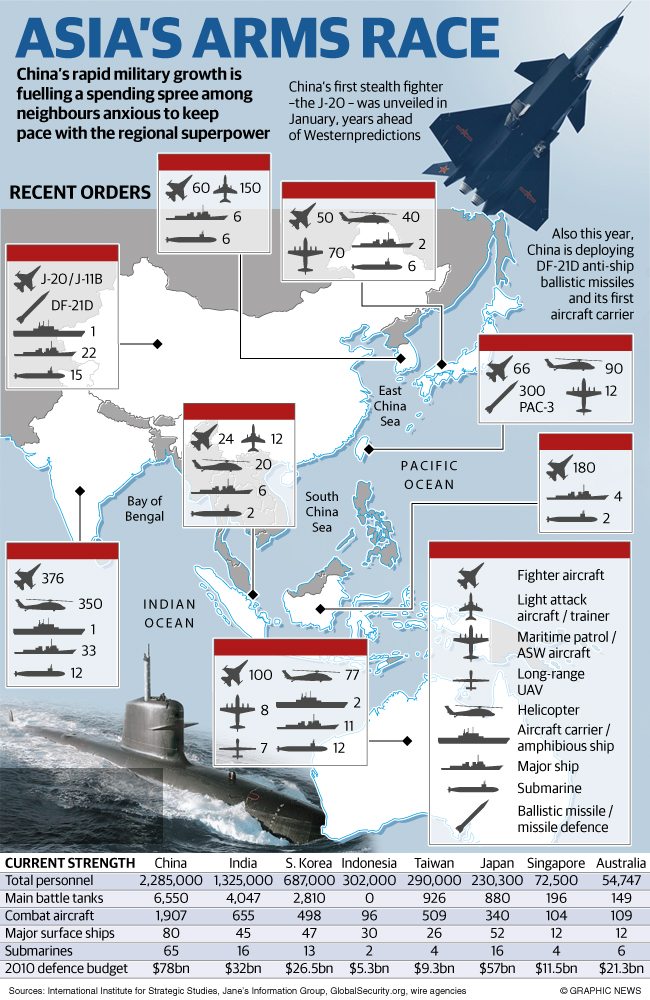 Central to China’s perceived reluctance to diffuse tensions and end North Korea’s nuclear program, also includes the uncertainty of how either a reunification of the Korean peninsula, or collapse of the North Korean regime might favor US interests. A Korean collapse would also most certainly drive huge numbers of refugees across China’s borders and end the buffer zone China has helped maintain since the 1950-53 Korean War.

While it is likely Beijing could be doing a lot more to reign in North Korea, whether any action will provide the best leverage, appears to be China’s call.