As a constitutional crisis continues to unfold in the Maldives, India, China and Saudi Arabia have all found themselves in a tug-of-war for influence in the tiny Indian Ocean nation.

The crisis first began on February 1st when the Maldives Supreme Court quashed terrorism convictions against nine leading political opposition figures, including the exiled, first democratically elected president, Mohamed Nasheed. The court issued orders for those held to be released from jail. Current President Abdulla Yameen Abdul Gayoom, of the progressive Islamic democracy party (PPM), responded to the court orders calling the situation a “coup”, and he immediately declared a state of emergency. Security forces then stormed the courthouse and arrested two judges, asserting they were bribed to make their decision. The three remaining judges have since revoked the ruling, saying that the decision came “in light of the concerns raised by the president.”

President Yameen also ordered the detention of his half-brother, former President Maumoon Abdul Gayoom, on allegations that he solicited bribes to topple the government.

President Yameen has faced international criticism for his actions, with the U.S. State Department saying that he “has systematically alienated his coalition, jailed or exiled every major opposition political figure … revised laws to erode human rights, especially freedom of expression, and weakened the institutions of government by firing any officials who refuse orders that run contrary to Maldivian law and its Constitution.”

This Saturday, Maldives police arrested 25 people after thousands of protesters had gathered to call for the detention of President Yameen and the release of opposition leaders.

Thousands protest across the Maldives against President Yameen’s refusal to enforce the Supreme Court ruling to release political prisoners. President Yameen must step down, allow for interim Govt to facilitate free, fair and inclusive elections in the Maldives. pic.twitter.com/VURa7MDfEq

Today, the Supreme Court ordered a hold on the reinstatement of a dozen opposition members of Parliament that had been stripped of their seats, just before a planned special session on Monday. The constitutional deadline for parliamentary ratification of the state of emergency decree ends tomorrow.

The current crisis and standoff in the country has sparked divergent reactions from surrounding regional powers.

India has expressed that it is “imperative” for the Maldives government to obey the Supreme Court. China, however, which finalized a trade agreement with the Maldives last December, said that the Maldives has “the wisdom and capabilities to cope with the current situation independently.”

Although the governments of India and China have not spelled out what their responses will be, the press in both countries has been increasingly bellicose. China’s heavily censored press has issued editorial columns claiming that Beijing would counter any Indian intervention. And the free press in India has been replete with calls for intervention.

In arguing against intervention, Kanwal Sibal, India’s former foreign secretary, argued that it was in India’s interest to stop former president, Mohamed Nasheed, from returning to power, but that India lacked a legal rational for intervention.

On behalf of Maldivian people we humbly request:
1. India to send envoy, backed by its military, to release judges & pol. detainees inc. Prez. Gayoom. We request a physical presence.
2. The US to stop all financial transactions of Maldives regime leaders going through US banks.

Up until now, the judiciary has been able to hold a check on President Yameen, but his recent alliance with state security forces has proven to be stronger than the gavel. Some foreign policy experts warn that Yameen may now be seeking stronger alliances with outside powers as well.

“Yameen has been trying over the last few years to consolidate his political presence,” Dhruva Jaishankar, a foreign policy fellow at Brookings India, told Bloomberg. “India has been tentatively backing pro-democracy forces, but is also trying not to push him into the arms of the Chinese and the Saudis.”

In his maneuvering against pro-democracy political opponents, President Yameen has enjoyed support from both China and Saudi Arabia. Since Yameen came to power in 2013, China has been granted multiple infrastructure contracts, including port infrastructure, an airport, and a bridge connecting the larger Maldivian islands. According to the IMF, the Maldives’ external debt is expected to grow from 34.7% to 51% of GDP by 2021. Two-thirds of this debt is held by China.

China is also critical to tourism in the Maldives; about 22% of tourists who visited the Maldives in 2017 were from China, compared to 6% from India. A Chinese company also recently purchased a 50-year lease to build a island resort near to the capital Male.

Saudi Arabia, in a similar fashion, may be moving forward with a plan to invest billions in a small chain of islands known as Faafu atoll. Opposition leaders, however, including Nasheed, have rejected this plan, saying last week that the project would effectively be a form of colonization by the Saudi government.

This comes on the back of accusations that the Saudi Kingdom has been pushing fundamentalist Islam into the country. Despite its beaches, blue lagoons and coral reefs, the small island country has not been immune to an epidemic of radicalization. Somewhere between 200-300 Maldivians have already left the country to fight with ISIS, and radical Islamist gangs have been implicated in the disappearances and murders of multiple journalists and politicians.

Although there a few signs of immediate intervention from foreign powers, India will have a close eye on elections coming up this year. The degree to which these elections are free, and the severity of the repression deployed by the state will determine the longevity of this crisis.

The Maldives economy primarily relies on tourism, but, in spite of a publicity blitz from the government, countries like the United States are increasingly issuing travel advisories. 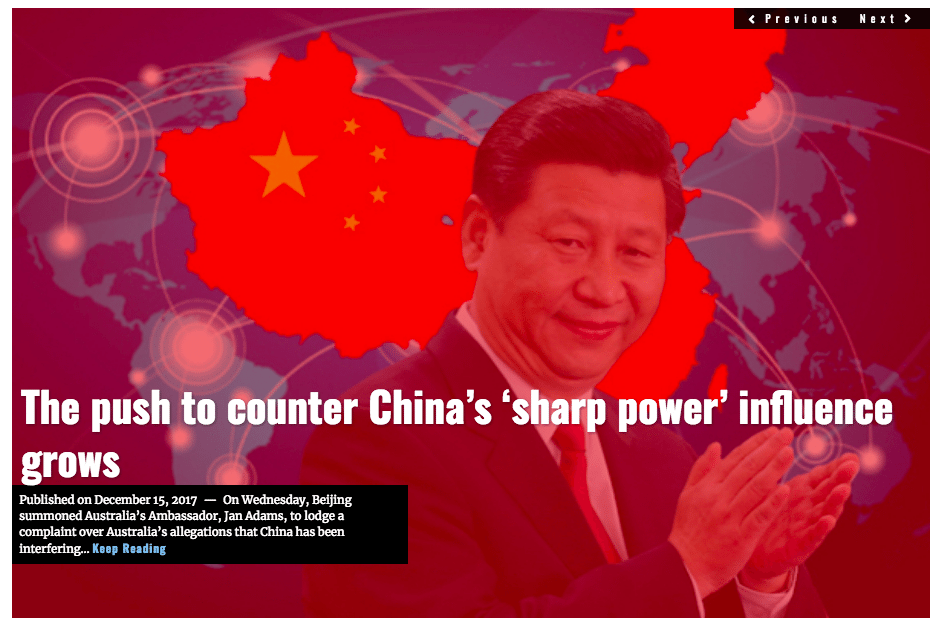