| The Chinese Aircraft carrier “The Liaoning”, and several Chinese warships, cut through the Taiwan strait in international waters during a time of tension between the two countries. While the aircraft carrier and its supporting ships did not enter Taiwanese waters it was deemed a severe provocation and Taiwan scrambled fighter planes and boats into the area to respond to the Chinese moves.

The carrier group’s passage, while in international waters, crossed Taiwan’s air defense identification zone (ADIZ), this according to the Taiwanese Defense Minister. 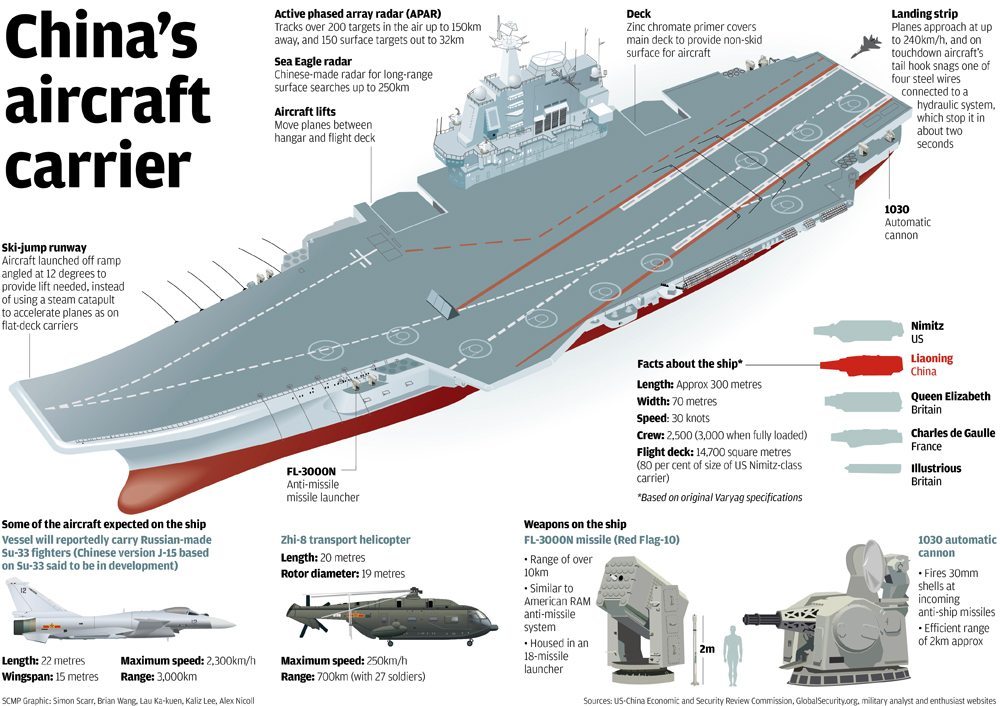 The US and Japan, meanwhile, are engaged in ongoing joint training operations.

The @USArmy took part in the #JGSDF’s First Jump exercise for the first time this year. pic.twitter.com/pyZ0JyqNgg

Tensions between China and Taiwan have been at a heightened state after US President-elect Donald Trump broke the standing diplomatic order and accepted a congratulatory phone call from Taiwan’s President Tsai Ing-wen. In the beginning of 2017, China has drastically increased military drills near Taiwan, and has expressed concern over the “increased levels of uncertainty” in regards to Taiwan.