Former CIA officer Sabrina de Sousa will not be extradited from Portugal to Italy for her conviction in the kidnapping case of Egyptian Cleric Hassan Mustafa Osama Nasr, following a partial pardon by the Italian president.

“The Milan prosecutor revoked the detention order. The Italian Interpol agents who are here to extradite her have been informed,” said de Sousa’s lawyer, Manuel Magalhaes e Silva.

As reported by Lima Charlie News, de Sousa is one of 26 people convicted for the abduction of Nasr, also known as Abu Omar, in Milan. In 2003, he was taken to Egypt for questioning under the U.S. “extraordinary rendition” program, which enabled the U.S. government to deploy more severe interrogation techniques.

The partial pardon given by Italian President Sergio Mattarella on Tuesday reduced her sentence to three years, which enables her to apply for an alternative punishment to prison. According to her lawyer, de Sousa is likely to be allowed to serve three years of community service, which she can perform in Portugal.

De Sousa continues to maintain her innocence, saying she wasn’t in Milan on the day of the abduction. 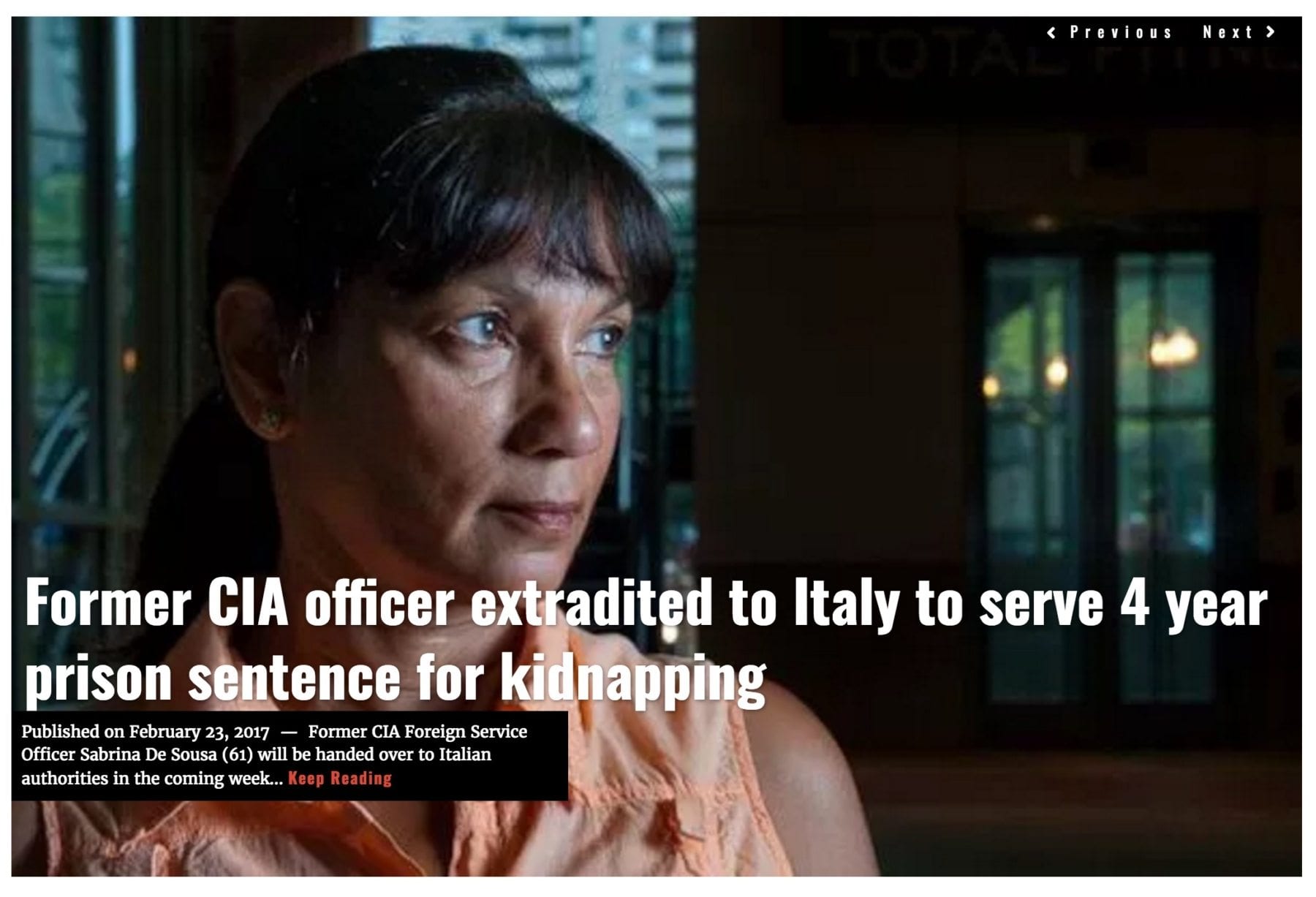