OpEd examines our knowledge, or lack thereof, of a city and a people under siege. ‘What is Aleppo?’

The barrel bomb floated through the air, landing in the neighborhood where a small boy lived. It killed him, and left his soot-covered brothers, clinging to each other, sobbing in the rubble.

Less than a week earlier, photos of Omran Daqneesh moved a CNN anchor to tears on the air.

We hear about Aleppo almost on a daily basis these days. Or do we? Sadly, much of America is still oblivious to the daily carnage and tragedy unfolding. As reported by Lima Charlie News, Aleppo’s mayor this week expressed in shear frustration, “There is a holocaust going on in Aleppo right now. Aleppo is burning and the international community is just watching and doing nothing.”

By now we’ve all seen how Gary Johnson – presidential nominee of the Libertarian Party – was stumped by MSNBC anchor Mike Barnicle when asked what he would do about Aleppo. The conflict has been ongoing for over 5 years, and one would expect a seasoned politician to have a basic understanding of the situation.

But he’s not alone. Lack of a basic understanding of the history of the conflict, and its relation to the Islamic State, still evades the best of us.

To help a struggling politician, a former U.S. Ambassador, and the New York Times understand what Aleppo is, and how it factors into this current crisis, I’ve decided to put some elementary information in an easy to digest form.

Let’s start with location and history. If a presidential candidate hopes to serve as Commander-in-Chief, he or she ought to be able to find the places that American troops may deploy to on a map.

Aleppo is located in northern Syria, bordering Turkey. Aleppo is the capital city of the Aleppo Province. Originally inhabited around 4300 BC, Aleppo is one of the oldest, most continuously inhabited cities in the world. It is also one of Syria’s largest cities. 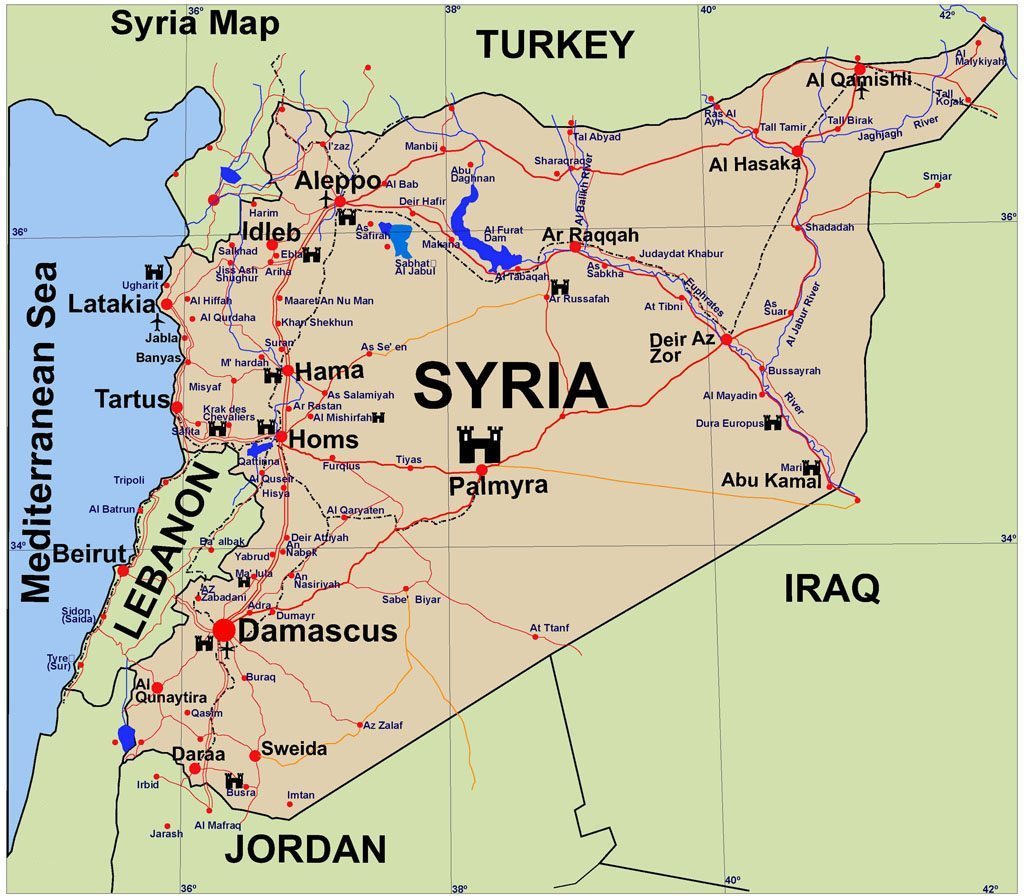 During the Arab Spring, Syrian President Bashar al-Assad responded in a brutal, violent manner to peaceful protesters demanding the release of youths arrested for paintings of a revolutionary figure. The protests continued despite the government’s violent response. Within a few months, the U.S. and the international community demanded that Bashar al-Assad step down from power. Assad refused to step down, eventually leading to the expansion of terrorist organizations, including the Islamic State (ISIS), Jabhat Fatah al-Sham (formerly Jabhat al-Nusra), and a few smaller extremist groups. These developments left Syria fractured, with the northern region of Rojava dominated by the Kurds, and the Syrian Opposition Coalition scattered across the rest of the country. Aleppo has since found itself to be the epicenter of the conflict between Assad’s forces, the Islamic State and an alarmingly divided country.

In light of the relentless Russian and Syrian bombings of Aleppo, one might think it’s the de facto capital of ISIS. To clarify again: Aleppo is not the capital of ISIS. Raqqa is the de facto capital of ISIS. ISIS obtained complete control of Raqqa in March 2014. Residents provide a grim view of life under the Islamic State, particularly with the whole “state” aspect of governing and providing essential services. Schools have been closed, children play aimlessly in the streets where public executions are commonplace, women are forced into marriages, severed heads are publicly displayed on stakes, citizens must obtain certificates of repentance for being non-Sunni, and can be issued fines for not wearing socks.

Why all the bombings if ISIS is not in Aleppo? Syrian and Russian forces are bombing the approximately 900-1000 rebel fighters in Aleppo. Again, clarification is necessary when the mistake has been repeatedly made.

While Aleppo is a symbol of Syria’s suffering, it is just one city in a war-torn country. The Syrian Observatory for Human Rights estimates that approximately 430,000 people have been killed in Syria since March 2011, when the Syrian Civil War began. According to the United Nations High Commissioner for Refugees there are 4.8 million Syrian refugees and another 6.5 million internally displaced. Two hours south of Aleppo, Homs is another war-torn city. There are more than 75,000 internally displaced persons seeking refuge in Jordan that are stuck due to security issues, with little access to basic life necessities. 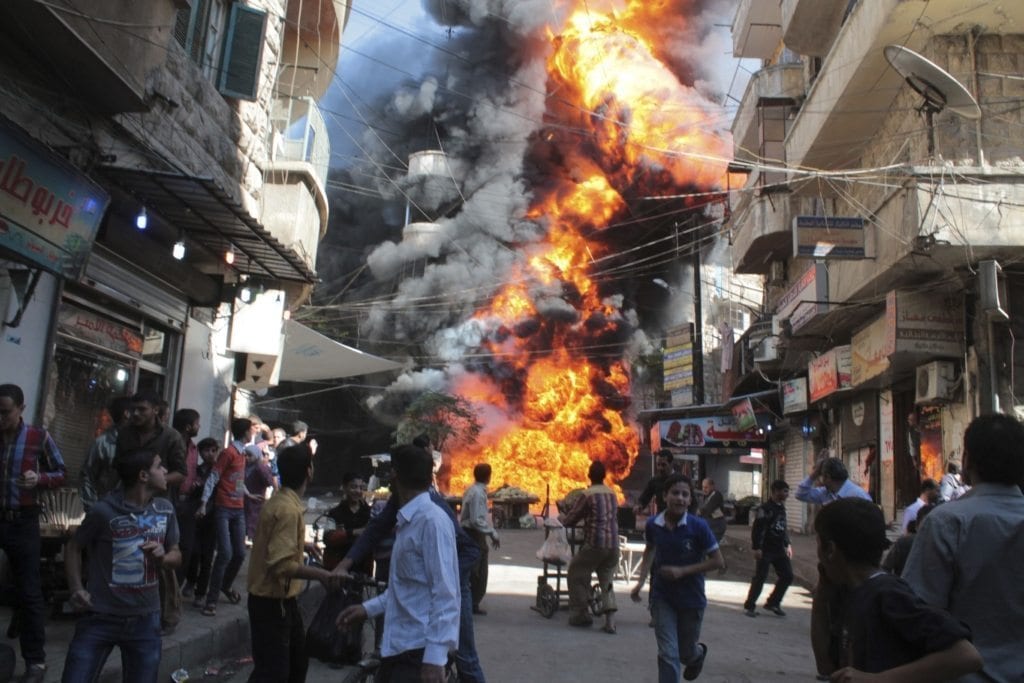 Currently, Aleppo is split between the war-torn, rebel-held territory in the east and the government-held area in the west. Eastern Aleppo is the area most people recognize by the videos and pictures of bloody children that have appeared in news feeds and on social media.

Yet in stark contrast is Western Aleppo.

Western Aleppo is full of posh nightclubs, with beats just loud enough to drown out the sounds of barrel bombs and screams from chlorine gas. Syrian Arab News Agency (SANA) – the official news agency of the Syrian government – tweeted a video boasting of Western Aleppo’s vibrant nightlife. In fact, the Syrian government released a vacation promotional video for the coastal town of Tartus, less than a few hours away from Aleppo. Despite the sandy beaches and the tourism video, the U.S. State Department currently has a travel warning for all of Syria.

#Aleppo, now dubbed as the “World’s Most Dangerous City”, still boasts a thriving nightlife, as shown in one of this summer’s events #Syria pic.twitter.com/kFUDtGvHME

There is a concerted effort to save the people of Aleppo. The Head of the U.N. Envoy for Syria, Staffan de Mistura, said Thursday that he would personally escort rebel fighters to leave Aleppo to help disincentivize Russia and the Syrian government from continuous air raids. There are estimates of 250,000 civilians being held hostage in eastern Aleppo by approximately 900 rebel fighters, but there has been no official census for firm statistics since the 2004 census, when approximately 2.3 million people lived in Aleppo.

After reading this article you’re more informed than at least 1 presidential candidate of a major party on the situation in Aleppo. Give yourself a sweater-wearing, Kenneth Bone style hug for being an informed citizen.

You may be asking yourself what can be done, given the pathetic lack of response and public awareness. While the people of Aleppo suffer unimaginable tragedies – and some American politicians fail to even possess basic awareness of the situation, you can participate in a small way towards easing the slaughter’s effects. There are a number of charities and organizations seeking to provide basic care to the Syrian people. While these organizations are using a finger to plug a dam that’s about to break, they’re still doing something and affecting lives. Donating to one of these organizations may help a person live until politicians develop the fortitude to take action.