A U.S. Army veteran and expert in reforming Army personnel systems offers his thoughts on the bureaucracy and mismanagement of the Federal Service System and how it’s up to the President to fix it.

The former Secretary of the Veterans Administration, retired General Eric Shinseki is a great strategic leader. I have heard from several primary sources that he led by example, and I had the honor of meeting and speaking with him on a couple of occasions. During his tenure as Secretary, he constantly flew from VA center to VA center talking to VA employees about serving our veterans, leadership, setting the example and about values. Yet, a string of scandals at the VA Medical Center in Phoenix, AZ forced him to resign in the summer of 2014.

These scandals involved more than just incidents of VA employees “cooking the books.” They collected bonuses they did not deserve (sometimes related to posting false, but positive reports), and there were numerous examples of employees purposefully serving in posts of less responsibility, while collecting pay for a higher level position.

Instances of misconduct are not just a problem within the VA. They occur throughout the U.S. government, and include pricey conferences held by the General Services Administration, the targeting of political organizations by the Internal Revenue Service, and horrible examples of mismanagement of the government’s healthcare.gov website, an important resource for government employees. These examples are just to name a few. 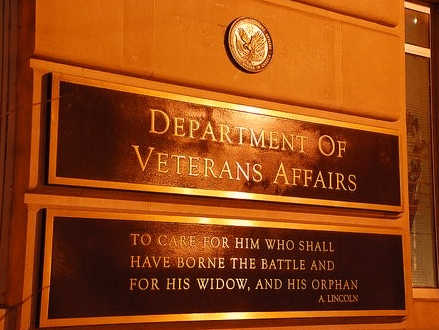 As American citizens, we must ask ourselves: What happens to the employees that are complicit in these errors in judgment? The common Congressional response to these issues has been the removal of high level leaders, an “off with his head” approach. The reaction is to shuffle new leaders in, and by doing this – problem addressed, problem solved!

The other response has been to pass specific reforms to isolated agencies. By doing this, Congress causes a counter effect, moving towards the total opposite direction of progress, by giving directors and secretaries carte blanche authority in firing managers indiscriminately. A mid-level purge. This is not the answer either, and is merely a short-term solution. In the long term it actually dissuades talented people from serving in government. It creates a culture of Zero defects, and this is long known in the Army, mid-level purges will creep into the ubiquitous government organization to destroy initiative and moral courage.

In considering General (R) Shinseki’s sad failure as the Director of the Veterans Administration, I reflected deeply on my lifetime study of leadership. Why would someone that I felt was a good fit to provide the strategic leadership the VA needed resign?

I knew the answer to my own question. I had sensed for years that no one, General Shinseki, the current secretary Robert A. McDonald, no one – except maybe Jesus – could fix any governmental department until the Civil Service System or the government personnel system was completely overhauled. Actually, a better plan would be to tear it down completely and start over. I conclude this after having spent 17 years addressing reforming the Army’s antiquated and talent stifling system.

To take a quick step back, for those unaware, the Federal Government is the nation’s single largest employer, and as of 2011, it employed about 2.79 million civilian workers. The Civil Service System consists of 15 executive departments, along with various independent agencies, that include, among others, the State Department, Justice Department, Department of the Interior, Education Department, Agriculture Department, DOD, DOE, Homeland Security, Housing and Urban Development, and the VA. Independent agencies include the US Postal Service, NASA, the CIA, the EPA, USAID and the FDIC. In addition to departments, there are a number of staff organizations grouped into the Executive Office of the President, which include White House staff, the National Security Council, the Office of Management and Budget, the Council of Economic Advisers, the Office of the U.S. Trade Representative, etc.

As with any bureaucracy, as it ages, it grows. As it grows, the policies and regulations (which are driven by laws) that govern the system, grow and overlap. At no time does the civil service personnel system offer the opportunity or the encouragement for someone to effect change. No one in Government Service is empowered to say:

“Wait we need to revisit our regulations and policies and start over.”

Instead, the regulations and policies continue to accumulate, robbing the organization of efficiency, and ultimately impacting its most important asset – its people. Over time its focus evolves into inward on process, not outward on its purpose. Ultimately the issues throughout civil service start at the top.

Poor performers or unethical performers impact all but the strongest of people.

In the Fall of 2015, two Senior Executive Servants or (SeS) (similar to military General Officers), were caught occupying jobs of less responsibility while continuing to collect their higher salaries. They also bullied the subordinates occupying those positions originally to move and remain silent. Finally, they also falsely charged the VA (you the taxpayer), a total of $400k in moving expenses. They were caught by an Inspector General investigation, and did not deny their poor judgment.

Their punishment? They were demoted to Government Service (GS)-15 level, which allowed them to continue to collect a salary of around $140k. Their reaction? They appealed on the basis that others had done similar unethical acts, and were not punished. The result? The appellant judge determined that they were not fairly punished and they were returned to their SeS status. Thus, nothing really happened, crime committed, but unpunished.

What does this kind of action do to an organization? Would you as a VA employee want to work or trust these people after their conduct?

To be fair to the VA, it has removed 3000 employees through retirement, transfers or releasing them over, the past three years. Some were even senior executives. However, this doesn’t fix the root cause of the issue, which is the appellant system.

The current system in the federal service is a bureaucratic myriad, which allows employees to appeal disciplinary actions in multiple and duplicate ways. These processes can take years to resolve. Meanwhile, the person in question remains in their position, or can retire when it is time to collect a pension. This system is, in a sense, a reward for failure, and has an adverse impact on the effectiveness of the organization. It makes firing incompetent or corrupt federal service workers almost impossible. The bureaucratic burden to managers and leaders demands large amounts of paper work, as well as time, to discipline a guilty person. Then, if the process fails, and the person remains, the organization will never be the same.

Poor performers or unethical performers impact all but the strongest of people. Slowly over time-performance degrades.

The personnel system, the way it “assesses” (federal parlance for hiring), promotes, pays, rewards, selects, evaluates, manages and moves people around, is the foundation for the culture of the organization. When people are not measured on merit, not punished for poor performance, or worse for misconduct, over time it degrades the effectiveness of the organization by impacting all but the most professional employees. In turn, it diminishes the traits required in people who make up a successful organization. It destroys initiative and autonomy.

So what is the solution?

There is no easy solution. The system is so far gone in the direction of bureaucratic myriad, and is a toxic institutional culture. However, the following steps can be a start.

First, while Congress must take more responsibility and conduct more oversight, ultimately, reform needs to start with the next U.S. President. One of the top agendas of the next Commander-in-Chief must be to reform the Federal Service system, and the Military Personnel systems. This should be approached before the standard beltway solution to all problems is applied – an irresponsible distribution of more money. Reform must make the government a merit-based system, where its employees serve their customers, the American tax payer. Substantial reforms of our government and military begin with a personnel overhaul, alongside drastic reductions in the size and redundancy of government. 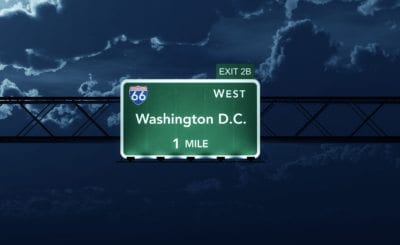 To effect this reform, a commission should be put together consisting of an array of successful leaders from all aspects of the private, military and non-profit sectors. Their first task would be to determine and define the most effective personnel system, along with its mission and scope. Such a commission must ask itself the following questions:

– How do we draft laws, regulations and policies to shape a merit-based system?

– What types of evaluations are effective?

– What are the best policies employed to establish cultures that get the most out of people, while abiding by ethical standards of conduct?

– How do we create a culture that protects moral courage?

– How do we allow employees to have the strength of character to take responsibility, and seek change when necessary, while also having the ability to point out mistakes or poor performers without risk of being punished by the chain of command for “rocking the boat”?

Specific areas that must be addressed for reform include how the Federal Service hires people, how it develops them, and how it rewards and evaluates their performance.

The above must culminate in a comprehensive, clear report. After its publication Congress must pass new laws enabling the establishment of a 21st Century personnel system for both the government, and military, that rewards good performers and innovators, while dismissing poor or non-performers. There must also be effective systems in place to conduct timely discipline of poor or unethical employees, while still allowing an employee the right to appeal. Again, this process must be faster and more efficient than today, while remaining fair.

This will not be easy. But it has to take place to create more effective organizations, where moral courage is not only talked about, but encouraged and promoted each and every day. Such is the great task of our next President.

Maj. Donald E. Vandergriff (U.S. Army, ret.) served for 24 years of active duty as an enlisted Marine and Army officer. He has had numerous troop, staff and educational assignments in the US and abroad. Vandergriff is a frequently published authority on the U.S. Army personnel system, Army culture, leadership development, soldier training, and the emergence of Fourth Generation Warfare. He has authored many articles and briefings, as well as four books, with a fifth on the way titled “The Missing Link: Developing Personnel for Mission Command, A Superior Command Culture.” He is a member of CDI’s Military Advisory Board and currently a contractor working overseas in Kabul, Afghanistan.