Amid a diplomatic crisis with its Arab neighbors, Qatar announced multiple commercial deals with France and Britain last week, worth approximately $14 billion and $8 billion, respectively.

Qatar’s Emir Sheikh Tamim bin Hamad al-Thani signed the first round of contracts with French President Emmanuel Macron on Thursday, who said the deals represent a strong relationship between their two countries.

“In total, it amounts to nearly 12 billion euros which was signed today and which underlines the closeness of our relations,” Macron said in a press conference alongside the Qatari emir.

The commercial contracts between France and Qatar include the purchase of 12 French-built Rafale fighter jets ($1.3 billion), expansions to the Doha Metro for the 2022 FIFA World Cup ($3.5 billion), and a letter of intent to purchase 490 VBCI armored vehicles from Nexter Systems, a French-government owned weapons manufacturer ($1.8 billion). Qatar Airways, the state-owned airline, also announced a $6.4 billion deal on Thursday to purchase 50 commercial jets from French manufacturer Airbus.Qatar’s deal with France could have been a headline in and of itself, but after another weapons deal was announced with Britain on Sunday, it appears Qatar is seeking to expand its partnership with the West in addition to its military. In that $8 billion deal, Qatar will be purchasing 24 Typhoon fighter jets from the UK, which is the biggest order by any country in more than a decade.  The two countries also agreed to create a Joint Operation Squadron between the Qatari Emiri Air Force and the British Royal Air Force.

“The squadron tackles all air combat operations, ensuring combat readiness for all Qatari and British pilots and technicians,” British Defense Secretary Gavin Williamson said in a statement. “It will have a notable role in operational coverage and aerial security during 2022 [FIFA] World Cup events.”

These deals with the West are partly motivated by a blockade imposed on Qatar by many of its neighbors–Saudi Arabia, Bahrain, the United Arab Emirates and Egypt–which has cut Qatar off from virtually all trade in the region. The nation is a peninsula, and its only land border with Saudi Arabia has been closed since June.

The blockade extends to the sky as well, as Qatari planes have also been banned from flying over the boycotting nations. In August, a Saudi television network, Al-Arabiya, even released a video discussing the potential legality of shooting down a Qatari airliner flying through Saudi airspace. 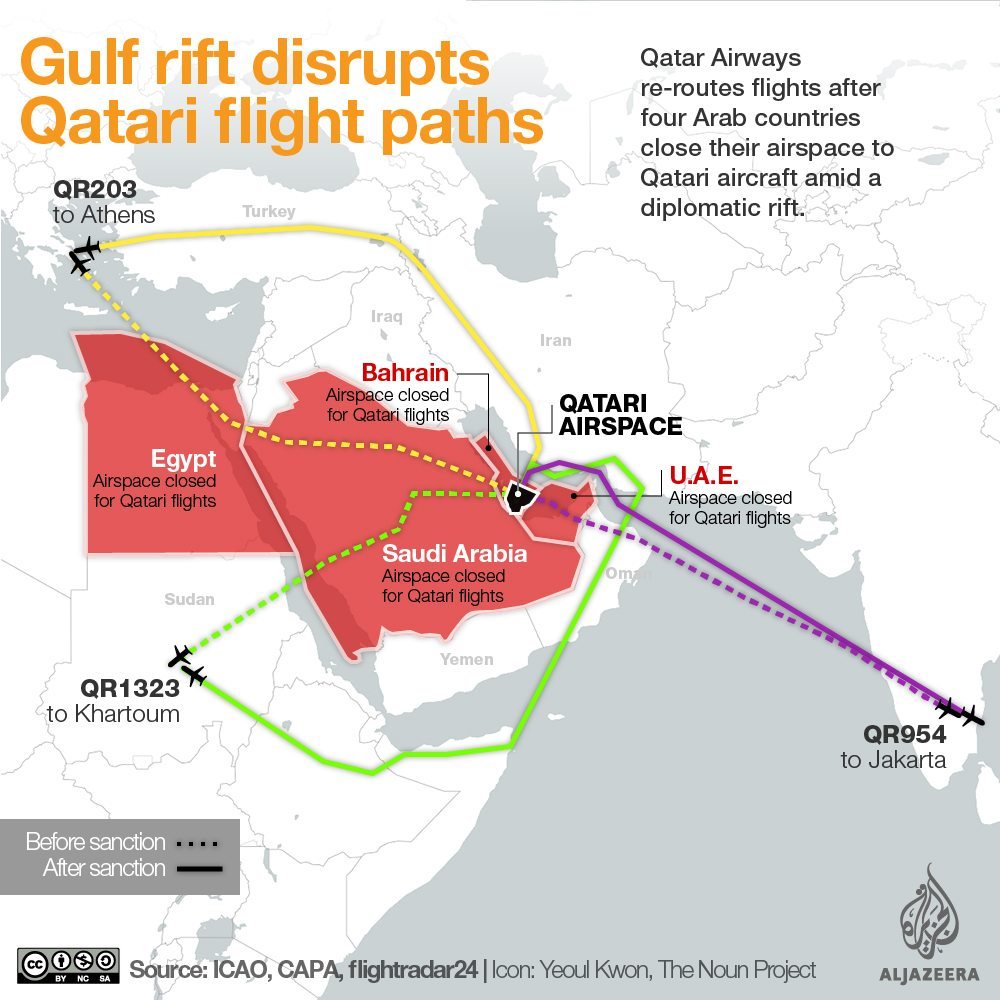 Saudi Arabia, Bahrain, U.A.E. and Egypt all allege that the small-but-wealthy nation of Qatar has financial ties to terrorism and an all-too-friendly relationship with Iran, which is a major rival of Saudi Arabia.

Emir Sheikh Tamim adamantly denies all of these allegations, and even told CBS’s 60 Minutes that the arrival of the blockade in June came as a “shock.”

“Nobody brought any concern from those countries,” Emir Sheikh Tamim said, referring to a meeting between all of the region’s leaders just weeks before the blockade was imposed. “Nobody told me anything.”

Instead, the emir of Qatar believes that the Saudi-led coalition is attempting to undermine his country’s sovereignty, and restrict the civil liberties that have made Qatar standout to western leaders.

“They don’t like our independence,” he said. “We want freedom of speech for the region…they think that this is a threat to them.”

Last week’s multi-billion dollar deals serve as a signal that Qatar is unwilling to give in to its neighbors’ demands, which include shutting down the state-funded news outlet Al Jazeera, dismantling a Turkish military base, and ending all relations with Iran. Qatar is instead calling on its Western allies for their business and support. Along with France, The United States also approved a $1.1 billion deal in November to service Qatar’s F-15 fighter jets. 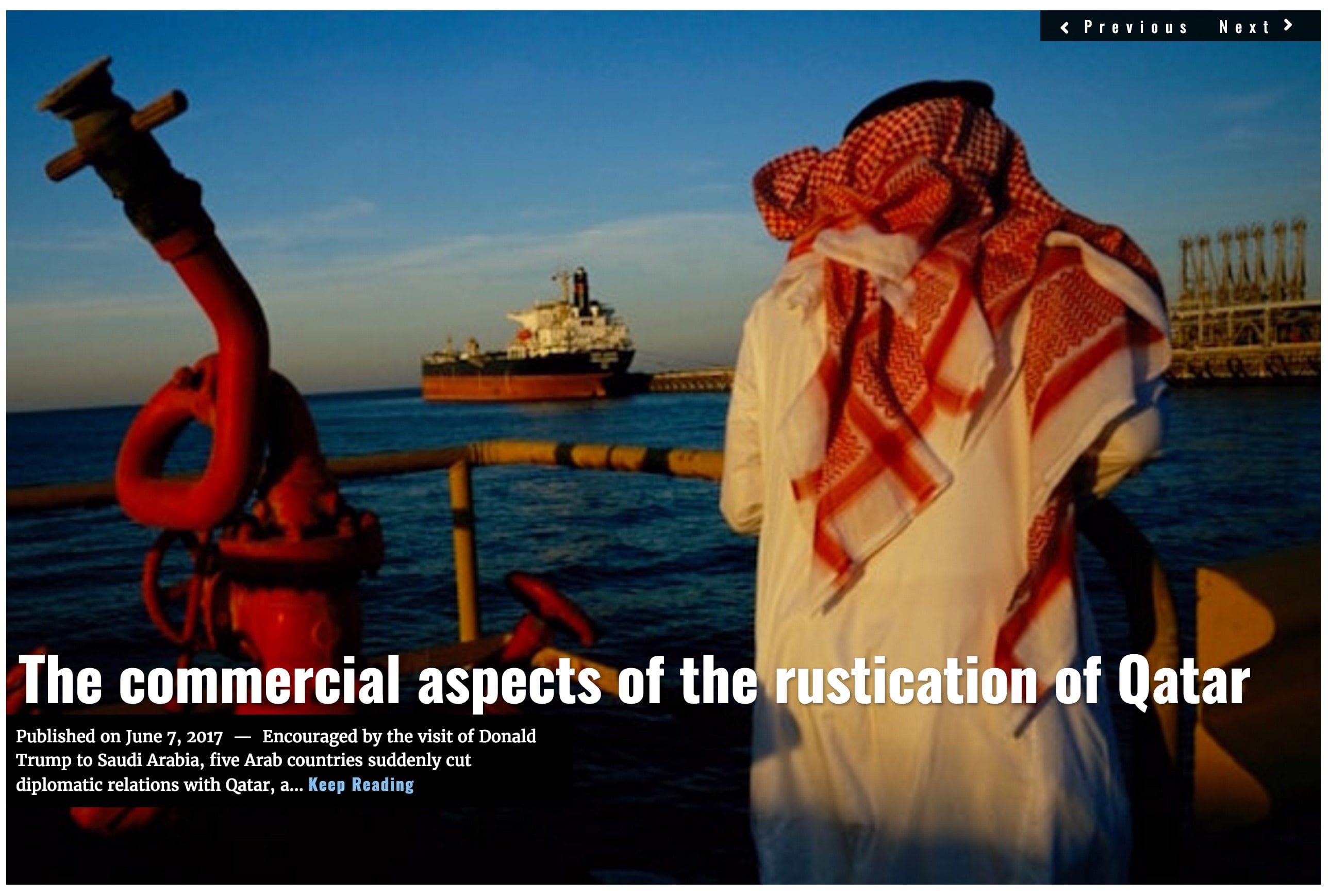