In the wake of President Trump’s abandonment of the Israel-Palestine two-state solution at a joint press conference with Israeli PM Benjamin Netanyahu two weeks ago, and President Trump’s promise to move the U.S. Embassy from Tel Aviv to Jerusalem, Palestinian activists, politicians and journalists converged in Istanbul, Turkey this weekend, at the Conference of Palestinians Abroad. Key to the conference was the creation of a new political organization, to be based in Beirut, Lebanon.

Conference leaders said they were not seeking to replace the Palestinian Liberation Organisation (PLO), but to join in the struggle against Israel’s occupation of Palestinian territories, alongside the PLO. Not yet named, the new organization seeks to upend the 1993 Oslo accord signed by Israel and the PLO, restructure the PLO on a more representative basis for all Palestinians, and form a democratically elected Palestinian National Council. 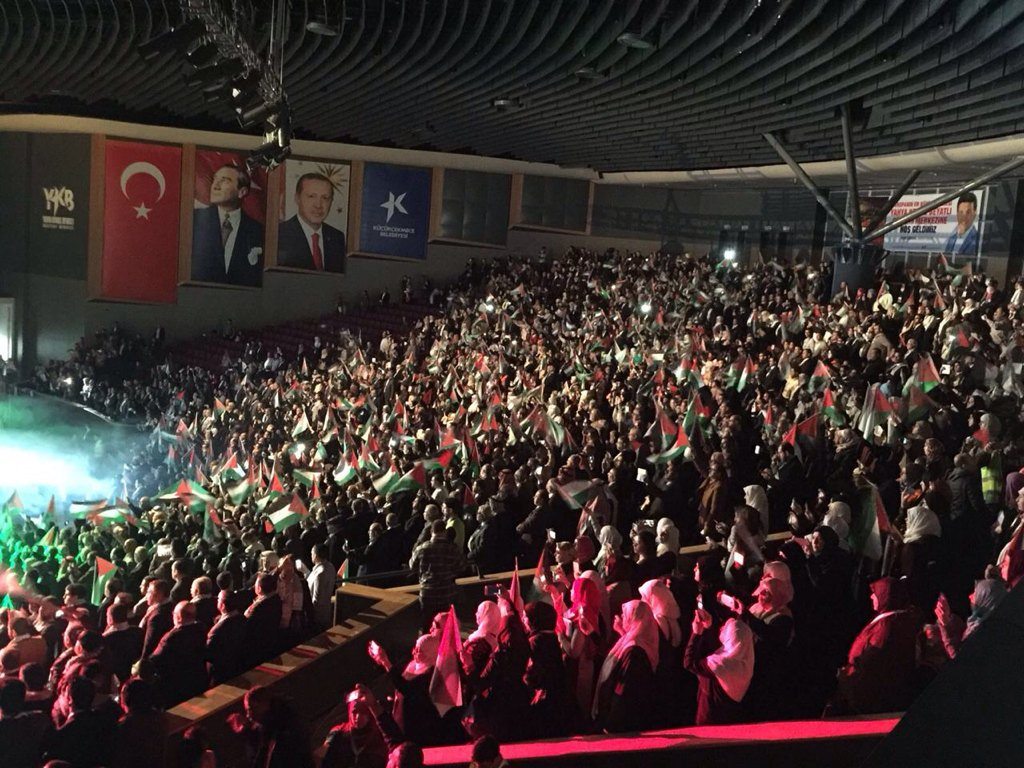 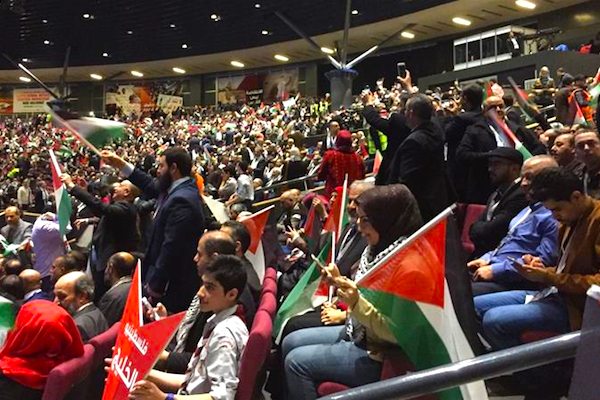 Hisham Abu Mahfouz, head of the organizing committee, said: “We have come from around the world to Istanbul to confirm our inalienable national rights, most importantly, our right of return to our historical lands in Palestine.”

Anees Fawzi Kassem, head of the conference, stated: “We are gathered here today to demand that we the people of Palestine be given our voice back.”

Not all Palestinians are in agreement about the goals and intent of the new organization. Fatah, the dominant Palestinian faction, issued a statement calling the conference an “attempt to divide the Palestinian people.” Others have referred to the conference as “an attack on the PLO.”

At the 34th session of the UN Human Rights Council in Geneva, on Monday, Palestinian President Mahmoud Abbas encouraged the international community to respect the two-state solution.  Abbas stated, “We call on countries that have recognized Israel and believe in the two-state solution to defend and support this solution by recognizing the State of Palestine.” Abbas called on the UN to immediately implement Security Council Resolution 2334 against settlement activity, and for the UNHRC to complete work on a database known in Israel as “the blacklist” of international companies doing business with the settlements.

At President Trump’s press conference with Benjamin Netanyahu, he had stated, “I’m looking at two-state and one-state,” continuing, “If Israel and the Palestinians are happy, I’m happy with the one they like the best.” Recently, PLO chief negotiator, Dr. Saeb Erekat, compared Netanyahu’s “one state, two system” solution to Apartheid, espousing “one single secular and democratic state with equal rights for everyone, Christians, Muslims, and Jews, on all of historic Palestine”.

Dr. Saeb Erekat: the only alternative… is one single secular and democratic state with equal rights for everyone. https://t.co/CduhQDiavt pic.twitter.com/8BWL3Isy8a