Lebanon’s Prime Minister, Saad Hariri, has deferred his resignation. Hours after returning to Beirut, Hariri announced Wednesday he was putting it on hold.

“Today, I presented my resignation to the president and he urged me to hold onto it for more dialogue about its reasons and its political underpinnings … and I accepted,” he said during a televised speech after meeting with the country’s President, Michel Aoun.

Two weeks ago, PM Hariri shocked Lebanon, and the world, by announcing his resignation in a televised speech from Saudi Arabia. The move prompted Lebanese officials to claim that he was being held hostage by Saudi Arabia, and that the resignation was coerced.

The narrative that Hariri was being coerced by the Saudis prompted a backlash in Lebanon. #WeAreAllSaad has appeared on billboards around Beruit, and leaders from across the political, ethnic and religious divides in Lebanon have made statements of solidarity with Hariri, including the Leader of Hezbollah.

Hariri has repeatedly denied that he was being coerced, and did so once again after Wednesday’s speech. He has asserted that he was resigning because of Iranian “meddling” in Lebanon, and fear of assassination.

“I will do so in hopes that it will renew talks to strengthen our unity and resolve internal conflicts we have and how they reflect in our relations with our Arab brothers,” Hariri also said in the speech. The speech called for internal and international stability, but made no mention of Iran or Hezbollah.

The past few weeks have been stormy for regional diplomacy. On November 4th, a missile fired at the Saudi capital of Riyadh from Yemen was shot down by Saudi security forces with a Patriot missile. Earlier in the day on November 4th, Hariri first announced his resignation. On the night of November 4th, dozens of influential Saudis were arrested, including the richest man in the Middle East, Prince Alwaleed bin Talal, and 10 other royal princes.

Photos (via @NajranToday) reportedly showing pieces of a ballistic missile fired from #Yemen and intercepted over northern #Riyadh pic.twitter.com/L4p9CVgDGc

The next week, the Saudis accused Hezbollah of helping to smuggle the missile into Yemen, drawing Iran and Lebanon into the crisis. Placing more pressure on Lebanon, Saudi Arabia ordered its citizens to leave Lebanon. Around 400,000 Lebanese work in Saudi Arabia, and their remittances constitute 14% of Lebanon’s GDP.

However, the situation seems to have de-escalated. On November 9th, French president Emmanuel Macron made a surprise visit to Saudi Arabia to discuss the situation.

“We need a strong Lebanon with her territorial integrity respected,” Macron said at the time. “We need leaders that are free to make their own choices and speak freely.”

On November 12th, while still in Saudi Arabia, Hariri made a public announcement, and implied that he might withdraw his resignation if Saudi demands were met.

After that, Hariri announced that he would be returning to Lebanon, but first he traveled to meet with leaders in closed talks, visiting Egypt, Cyprus and France. Since returning to Lebanon yesterday, Hariri has not spoken with reporters. No questions from journalists were allowed at today’s announcement  and the details of the backroom negotiations remain obscure. 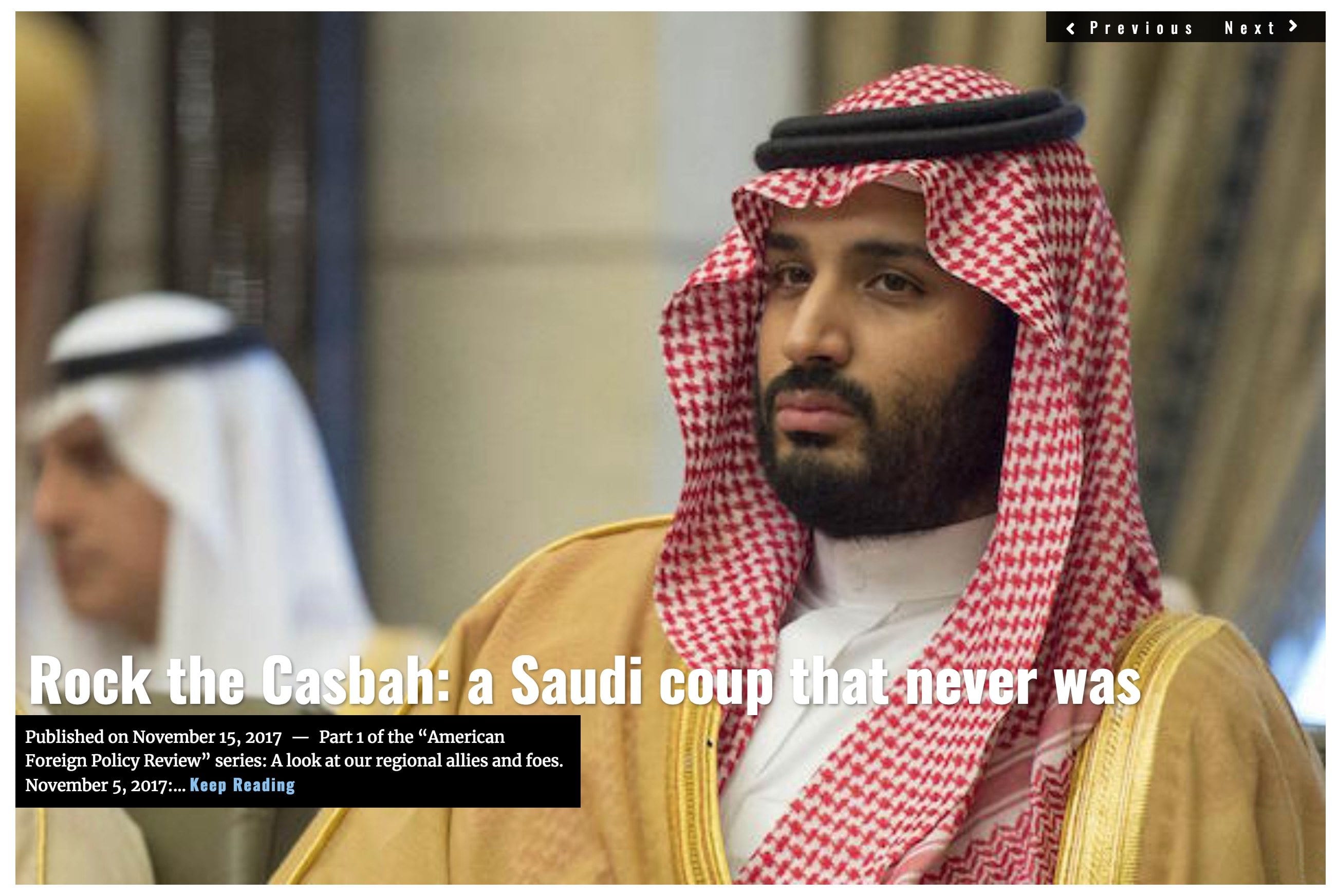