Denmark has ordered its Armed Forces to begin deployment of its elite Special Forces Jægerkorpset and Frømandskorpset units to Syria to join in the battle against ISIS.

The Danish Government has ordered its Armed Forces to begin to deploy members from its Special Forces community to Syria. The units that will be deploying include the Jægerkorpset (similar to British Army Special Air Services (SAS)) and the Frømandskorpset (similar to US Navy SEAL). In total, the order details that “up to 60 special forces members” from the Danish Armed Forces will be deploying to Syria.

The explicit intent of the deployment is to directly engage and conduct operations against the Islamic State in Syria.

Denmark, which is a NATO member and has been an active participant in the US-led operation “Inherent Resolve” against the Islamic State, has long had soldiers operating on the ground in Iraq. The news comes after Denmark announced it would not seek to extend its military operations of air force assets in Syria and Iraq, this after the Danish Air Force has participated for six months in counter-ISIS activities.

Based on a concrete approach from the coalition, the government has decided to expand the tasks of our special forces in Iraq and Syria.

The Danish Special Forces community is world renowned for its abilities and training, often training in tandem with US, British, South African, Swedish, and French elite forces. On a regular basis members have participated in international competitions amongst the best that participating nations can offer, and have come out in the top 3 – if not as a championing winner. The Danish took the 2014 secretive Special Forces and Intelligence Operations prize when it was hosted by the French Special Forces community in Paris. 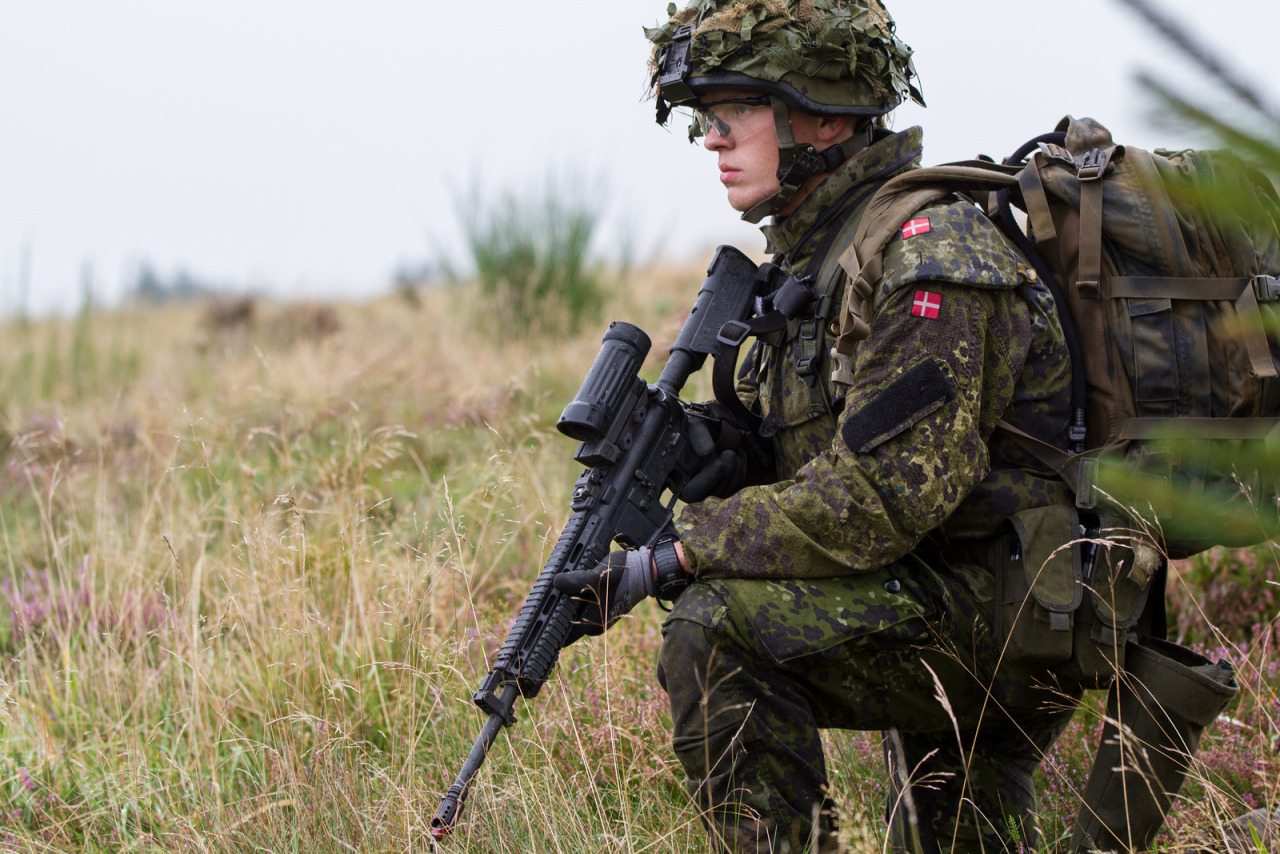 The Jægerkorpset (The Hunter Corps) inception was in the early 60s. Initially, the Danish Jaegers were primarily tasked as that of a long-range reconnaissance unit. As such they gained wide renown for their skills in parachute operations. In response to the Global War on Terror, the Jaegers were reshaped to better meet the threat of asymmetrical warfare by non-state operators. Again, the Jaegers’ proficiency in counter-terrorism and counter insurgency activities became world acclaimed, all while maintaining their excellence at reconnaissance operations.

The Danes are #ForAFG. #NATO founding member #Denmark at one point had more troops per capita in #Afghanistan than any other nation. Tak! pic.twitter.com/5AMImi2HxA

The Frømandskorpset (Danish Frogmen Corps) stems from an extensive tradition of warfare on and around the ocean, and Denmark’s frogmen/combat swimmers are considered some of the finest of its kind. Their reputation as fierce warriors with the ability to successfully engage numerically significantly larger enemy groups is only rivaled by the very elite of the elite in the international special forces community. The unit was originally based on the British Special Boat Service (SBS) and was formed with British Governments aid in 1957. 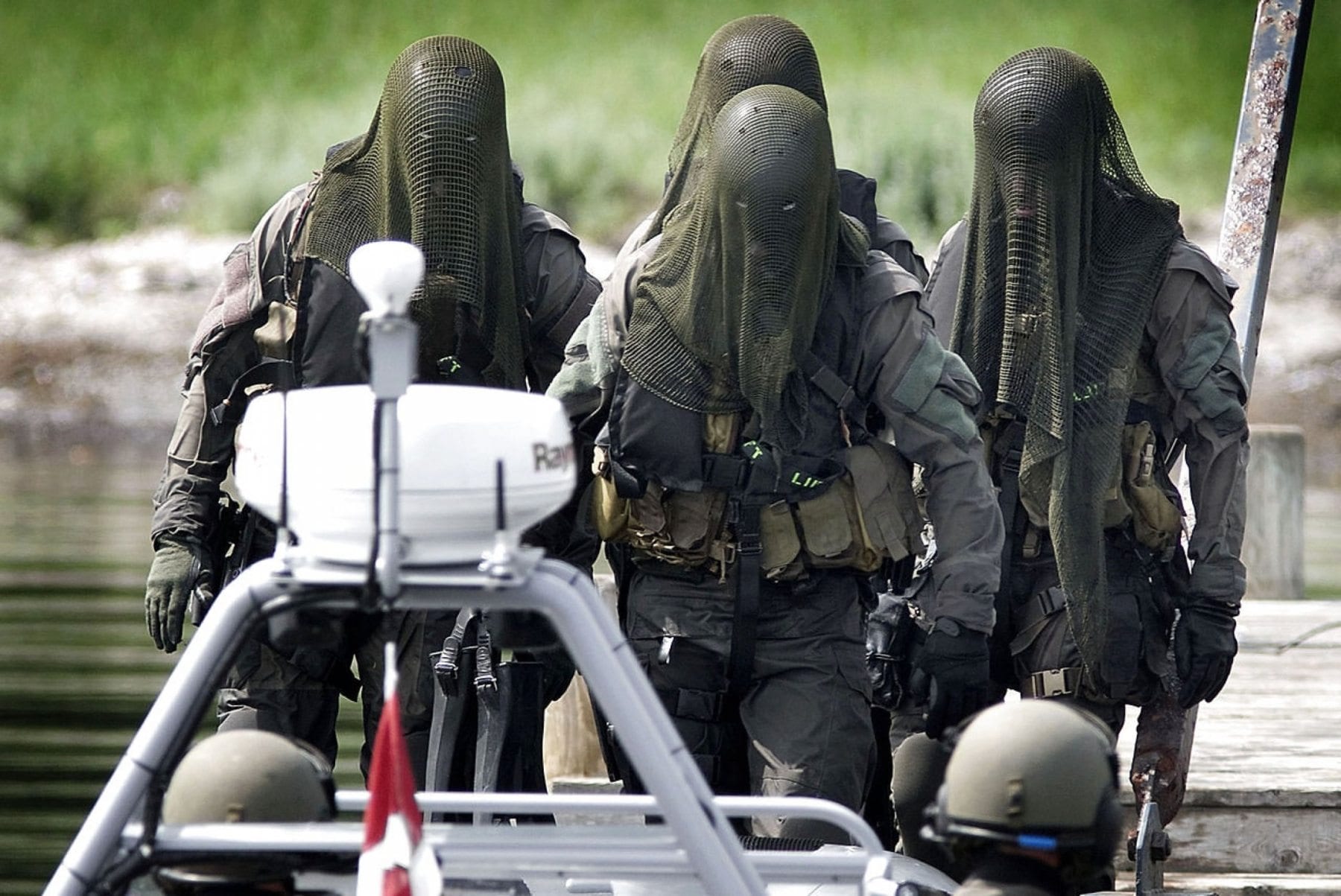 Missions include reconnaissance, sabotage of enemy installations or ships, counterterrorism, combat boarding, combat search and rescue, and direct action. The unit is also often tasked to perform enhanced private security detail protection for visiting dignitaries. Throughout the years, the unit has had the primary responsibility of responding to terrorist attacks on oil rigs in the Danish portions of the North Sea. 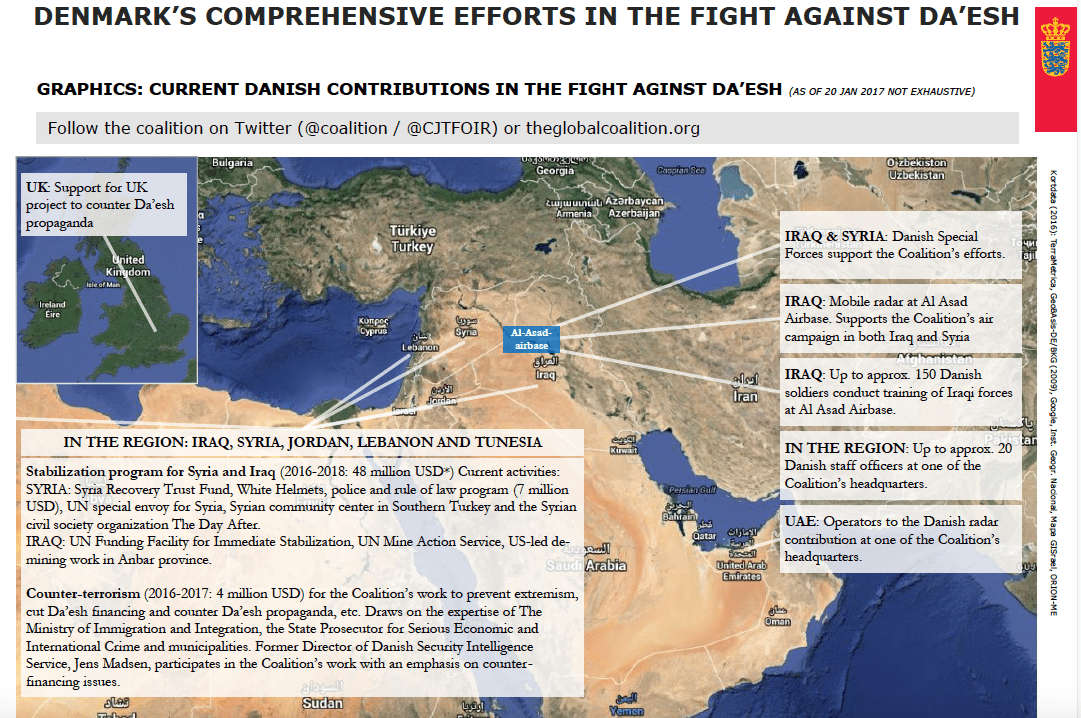 The Danish Special Forces units will be operating out of the al Assad air base in Iraq, doing quick response and insertion operations into Syria to counter ISIS activities there. They will join several hundred of America’s finest Special Operations units operating to support Kurdish and Arab forces that are engaged in various militias and coalitions across Syria and Iraq in an attempt to push back the Islamic State.