Puerto Rico was already in crisis before Hurricane Maria hit the island, and increasing casualties have added urgency to the need for reform. Both Republicans and Democrats have plans to help the island, yet neither party is taking direct aim at the high cost of living or doing business on the island.

On Monday, a Harvard University study concluded that upwards of 4,600 people have died so far as a result of the damage to Puerto Rico from Hurricane Maria. This number is 70 times larger than the official U.S. government figure.

The U.S. media reacted to this information by demonstrating the value of the lives of Puerto Ricans (who are U.S. citizens) relative to the death of a network sitcom.

The media’s failure to cover this story is just one of a succession of failures from U.S. mainland institutions to address the devastation to Puerto Rico and its people from the hurricane.

While many of Puerto Rico’s troubles pre-date the hurricane (PR is currently running a $70 billion public debt crisis), since the U.S. won’t, or can’t, help, it’s time for the colonizer to give the colony the tools necessary to address its problems. (“Colony” is a vulgar word, yet since the U.S. annexed the island over a century ago following the Spanish American War, it has yet to give the island political rights).

Enough of the Jones Act

The first and most obvious mechanism to provide Puerto Rico with economic relief is to exempt it from the Jones Act. Passed in 1920, the protectionist-era “America First” legislation requires any goods shipped from one U.S. port to another U.S. port to be transported by vessels built, owned, and operated by U.S. sailors and U.S. companies. [Section 27 requires that all goods transported by water between U.S. ports be carried on U.S. flag ships, constructed in the United States, owned by U.S. citizens, and crewed by U.S. citizens and U.S. permanent residents.]

A recent example outside of Puerto Rico of the impracticality of such protectionist legislation occurred just last month in Washington State. American fishing company Fishermen’s Finest had commissioned the new fishing vessel America’s Finest for $75 million from a shipyard in Washington. Under the Jones Act, however, America’s Finest is legally unable to fish in American waters and will not be hiring any American fishermen because the ship contains 7 percent steel that was cold-formed in the Netherlands.

Puerto Rico received only a ten day waiver from the Jones Act to speed the delivery of vital aid in the immediate aftermath of the crisis.

Although the “America First” shield that the act provides to U.S. shipyards is protection from international competition, this decreased competition costs Puerto Rico an estimated $537 million a year. (The US Government Accountability Office [GAO] disputes this.) Exempting the island from a de facto subsidy for U.S. ports seems reasonable; at least until the the island regains a stable electric grid.

What the island needs in the long run is stable growth, which is why the island’s governor, Ricardo Rosselló, has continued hustling for international investment even while his constituency has been in crisis.

This February’s “Puerto Rico: the Pathway to the Future” conference in New York allowed Rosselló, and members of his cabinet, to make their pitch to investors. The essence of the pitch was twofold. First, that the hurricane marked the bottom of the market in Puerto Rico; the damage to the country, along with the debt crisis, drove prices on the island to rock bottom. And, second, the hurricane did not break Puerto Rico’s dedication to policies of austerity, deregulation, and the privatization of state assets.

Manuel Laboy, the secretary of the Department of Economic Development and Commerce, highlighted the country’s cheap labor (30 to 50% lower than on the mainland), low costs of doing business, and the benefits of being within the U.S.

This pitch makes sense, up to a point.

Labor costs are low, however, wages for workers in the Bahamas and Jamaica are half that of Puerto Rico. And although they have access to the U.S. market, they are remote from the mainland, and it costs $3,063 per container to get goods to and from the island. That number is largely courtesy of the Jones Act, with the cost per container for the nearby Dominican Republic only running at $1,504.

What is more, Caribbean Islands live and die on tourism. Puerto Rico’ tourism stands at 6% of GPD, while it’s 27% for Jamaica, and 16% for the Dominican Republic.

And, even before the hurricane, tourists have good reason to stay away.

Unlike every other economy in the Caribbean, there is no benefiting from the exchange rate of dollars to the local currency. Everything costs an equivalent amount for tourists, and locals, as it does in the United States, or even more.

Residents of Puerto Rico are stuck with the currency and living expenses of a first world country, and the education system and infrastructure of a third world country.

In 2012 the Federal Reserve Bank of New York issued a study titled, “Report on the Competitiveness of Puerto Rico’s Economy,” that concluded:

“Puerto Rico has a number of features that make it a strong and potentially highly competitive economy: Literacy rates and educational attainment continue to improve, the labor force is largely bilingual, the economy is open with a favorable location, and close ties to the U.S. mainland economy provide many advantages. However, Puerto Rico’s economic progress has stalled: the Island has been operating below its potential for some time and the competitiveness of the economy continues to deteriorate. The underutilization of labor resources, evidenced by persistently high unemployment and strikingly low labor force participation rates, provides the clearest evidence of a lack of competitiveness.”

Regional inequality in the U.S. system is not exceptional. Remote Alaska functions along with New York. What’s the difference? Alaska’s “net receipts,” the amount received from federal programs like Medicare and Social Security, minus the amount taken by federal taxes, stood at $11,123 per Alaskan, to Puerto Rico’s $4,697 in 2010. Puerto Ricans do not have access to the Earned Income Tax Credit, or the Child Tax Credit.

There are plans moving through the Congress to address the island’s economic situation. On the Democratic side, there is a bill co-sponsored by Senators Elizabeth Warren, Bernie Sanders, and Richard Blumenthal. Their bill would send $146 billion to fund infrastructure and education, along with a retirement of the island’s public debt. This would constitute a significant jump from the initial $4.9 billion in additional loans granted right after the hurricane. Since then, Puerto Rico received an additional $16 billion from Congress. Governor Rosselló maintains that $94 billion is needed to fix the island.

Where the Democrats’ plan calls for large investments in green energy, the other side of the aisle has a different vision for the isle.

“As I look at the future, I envision Puerto Rico as being kind of like the energy hub of the entire Caribbean area,” Rob Bishop (R-Utah), chairman of the House Natural Resources Committee, told the Intercept.

His vision is to make the island into a center for fossil fuels to be distributed throughout the area. Specifically, the island would build up “natural gas ports,” which would need federal help to get started. There “has to be some infrastructure built before that.”

The Republican vision demands that the island’s energy utility (PREPA) be privatized. There is interest in the utility, with a three energy company consortium lined up to make the purchase for $4 billion.

None of the plans directly address the high costs for businesses and people living on the island. The Puerto Rican Governor’s plan to attract investment may succeed, however, voters in Puerto Rico rejected a plan to get costs for businesses under control — cutting the minimum wage down from the federal $7.25 an hour to $4.25. And the blend of austerity, privatization and the lack of sovereignty over monetary policy is proving evermore politically radioactive on the geopolitical stage.

The lack of control over monetary policy (not having a currency independent of the central bank), closes the option that distressed debt ridden economies have been using to get out their holes for centuries. This failsafe is currency devaluation, the process of undercutting the value of a country’s currency to draw down labor costs and attract investment.

Messing with monetary sovereignty as a form of hurricane relief even has precedent. Following the San Ciriaco Hurricane in 1899, which was, until Hurricane Maria, the most deadly hurricane in the island’s history, the U.S. Congress passed the Foraker Act. The act set an exchange rate for the peso which had been in circulation in Puerto to 60 cents on the USD.

Solutions exist to help the people of Puerto Rico, U.S. citizens working to recover from a major catastrophe and repair a bootstrapped economy. America certainly has the means to help, or get out of the way. With enough media attention, perhaps the thousands who died and were left homeless won’t have suffered in vain. 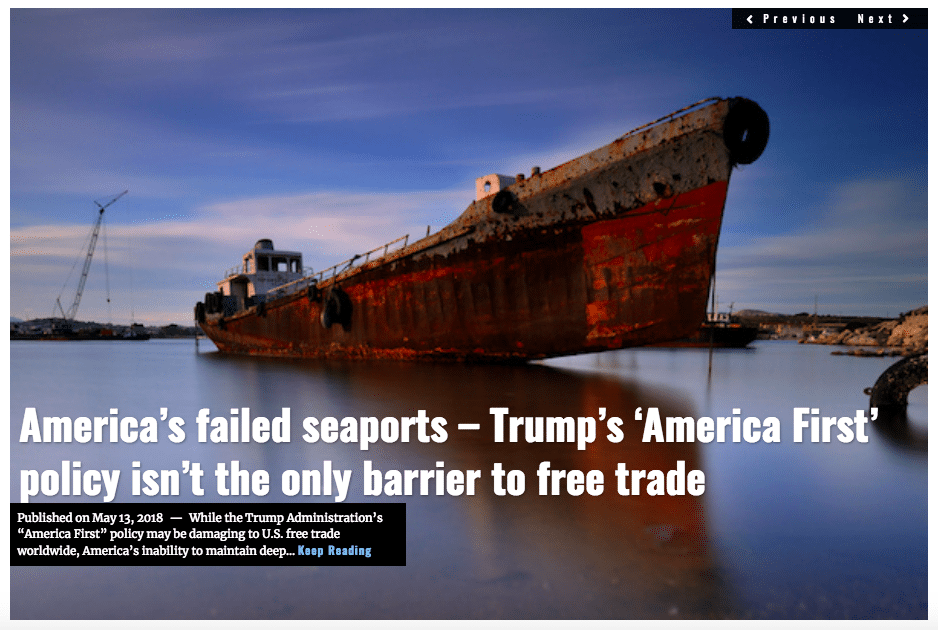 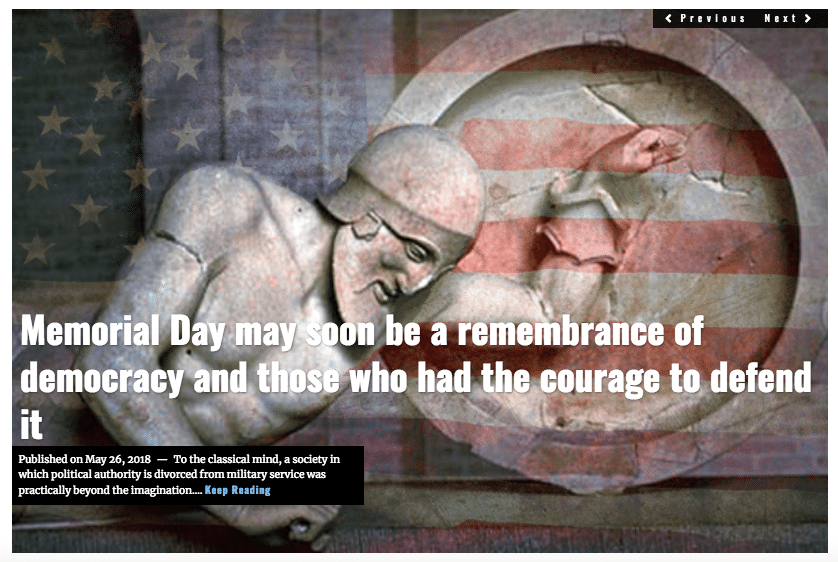 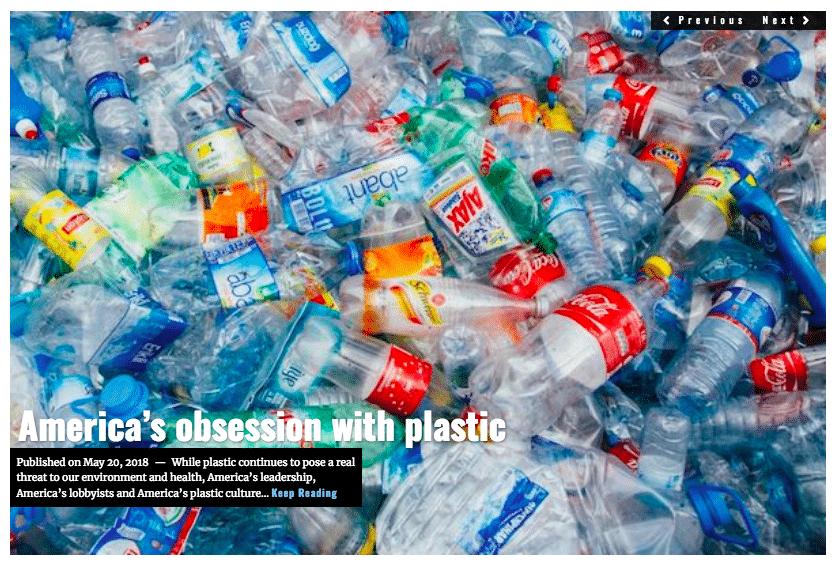 SAN JUAN, PUERTO RICO (LC) Puerto Rico has until May