I am a card carrying Geek and proud of it. One of my favorite events is the annual Aspen Security Forum. The speakers represent a who’s who of the DC national security community. A big plus for me is that it’s held in my home state of Colorado so I don’t have to go through airport Hell to attend.

This is the eighth year it’s been held and is one of the many programs the Aspen Institute puts together. Scheduled speakers include the Chairman of the Joint Chiefs of Staff, the Commander of U.S. Cyber Command/NSA, the head of the CIA and the Director of National Intelligence.

The Chairman of the Aspen Institute’s Homeland Security Program is Clark K. Ervin. In the introduction of the program’s booklet he states among other things:

We seem to be ceding global leadership without a fight, without even realizing it. For the next few days, as we survey the state of play from region to region and issue to issue, we will grapple with a fundamental, dispiriting question – are we witnessing the end of the American century?

Secretary Kelly confessed that prior to his appointment he had been surprised President Trump, or anyone who knew Trump, knew about him. He had been retired about 8 months after 45 years in the Marine Corps, when he got a call from Reince Priebus one Saturday afternoon while watching a football game. Priebus told him that Trump would like to have an opportunity to talk maybe about going into the administration, before hanging up. Kelly, whose two sons served as Marines and his daughter is in the FBI, joked that after discussing the matter with this wife she encouraged him to go back to work because she was “really tired of this quality retired time we’re spending together.” Note: It’s a common joke in military circles that when a military member retires his or her spouse strongly encourages them to get out from under their feet!

The following is a brief overview of some of the things that jumped out at me from the discussion.

The first question Williams asked Secretary Kelly concerned airport security. Williams raised the issue of the ban on portable electronic devices in carryon bags, asking, “So how did you arrive at what is obviously a compromise between the security you might have wanted and what the airline said they would accept or the traveling public would accept?” Secretary Kelly responded that there was “no compromise at all”, and that there are people who work very hard to knock airplanes out of the sky. “That’s the Stanley Cup, World Series if you will”.

Without going into details of the intelligence reports, Secretary Kelly said the threat was sophisticated and real. He initially didn’t feel that overseas airports had the capability to detect the threat. Kelly explained, “having been around explosions all my life, the device, as it was described to me, had an amount of explosive on it that I just did not believe could destroy an airplane in flight.” A test of the threat material was conducted and it successfully blew up an airplane. This new threat advanced the opportunity to raise the standards of global airport security. If you want to fly directly to the US, you must follow certain security guidelines. According to Kelly, he’s reasonably certain we can detect the threat device with existing technology. Discussions included the use of CT technology (computer tomography), to be implemented within 1-2 years. Cargo aircraft remains another area of concern.

Williams moved the topic to questions about border security. He noted that in Kelly’s confirmation questionnaire for the Homeland Security Committee he had said this, “The number one threat to the nation is that we do not have control of our borders.” Williams asked, “now that you’ve had some time in the job do you still think that’s the number one threat to the U.S. security?” “It is from my perspective,” the Secretary responded.

Secretary Kelly said the point President Trump made in their initial conversation was that we have to secure our border without impeding those who enter the country legally. He said they are doing the best they can to stop the movement of people or material entering illegally. Secretary Kelly expressed concern that those responsible for terrorist attacks will enter illegally.

Williams next asked Secretary Kelly if the US has a coherent strategy to prevent future election meddling, asking, “so what’s being done now to deter the Russians or another country from interrupting or destroying or somehow tampering with our state election systems?” The Secretary said the response he’s getting from states is that they don’t want Homeland Security involved in their election process. The Secretary explained that DHS is ready and able to assist, and if states don’t want the help, “I think they’re nuts.” According to Kelly, DHS can continue to monitor threat activities by nation states, criminals looking to make money from malware, and vandals “who just do this for kicks”.

Secretary Kelly also discussed meeting with Silicon Valley execs to ask for assistance with the terrorist social media issue and to form partnerships with the commercial tech industry. He emphasized that many Silicon Valley types, in the US and worldwide, are already doing a lot to help, describing them as “very talented people that could make a hell of a lot more money on the outside, but they are dedicated public servants and they are setting the standard for protecting everything in our country.”

Kelly explained that the issue is not just about use of social media for ISIS propaganda. “This is not just about Muslim extremism. This is about neo-Nazis, white supremacists, this is about any extremists, any that could, that is, that are actively trying to recruit young people, get them radicalized. But we’re trying to stop this before those young people take action that they will be sorry for the rest of their life and create great trauma to the country.”

One of the questions Williams asked concerned government grants given to develop Countering Violent Extremists (CVE). The DHS has awarded 26 grants totaling $10 million over two years under the CVE program. Williams mentioned that most grants had been given to police organizations and not Muslim organizations. “Why isn’t more of that money going to groups that want to be a bridge between the government and — for example, the Muslim community or to Muslim organizations directly?”

Secretary Kelly said that right now this is in the experimental category. He questioned the metrics of success if such funds are granted, asking whether we could tell young people weren’t getting radicalized.

Secretary Kelly emphasized, “I think this is as much a local and a family and a mosque and a synagogue and a church problem as it is a federal problem. So let’s look at people who are already trying to get at this problem. You know, what cities, what states are investing their own money. What police departments have good ideas already and are putting their own efforts against it and maybe look at what they are doing and reinforce what they are doing.”

It’s my intent in these notes to give you highlights of what the speakers said during their talks. In the days after the forum ends, I’ll probably write about my opinion of some of these issues. 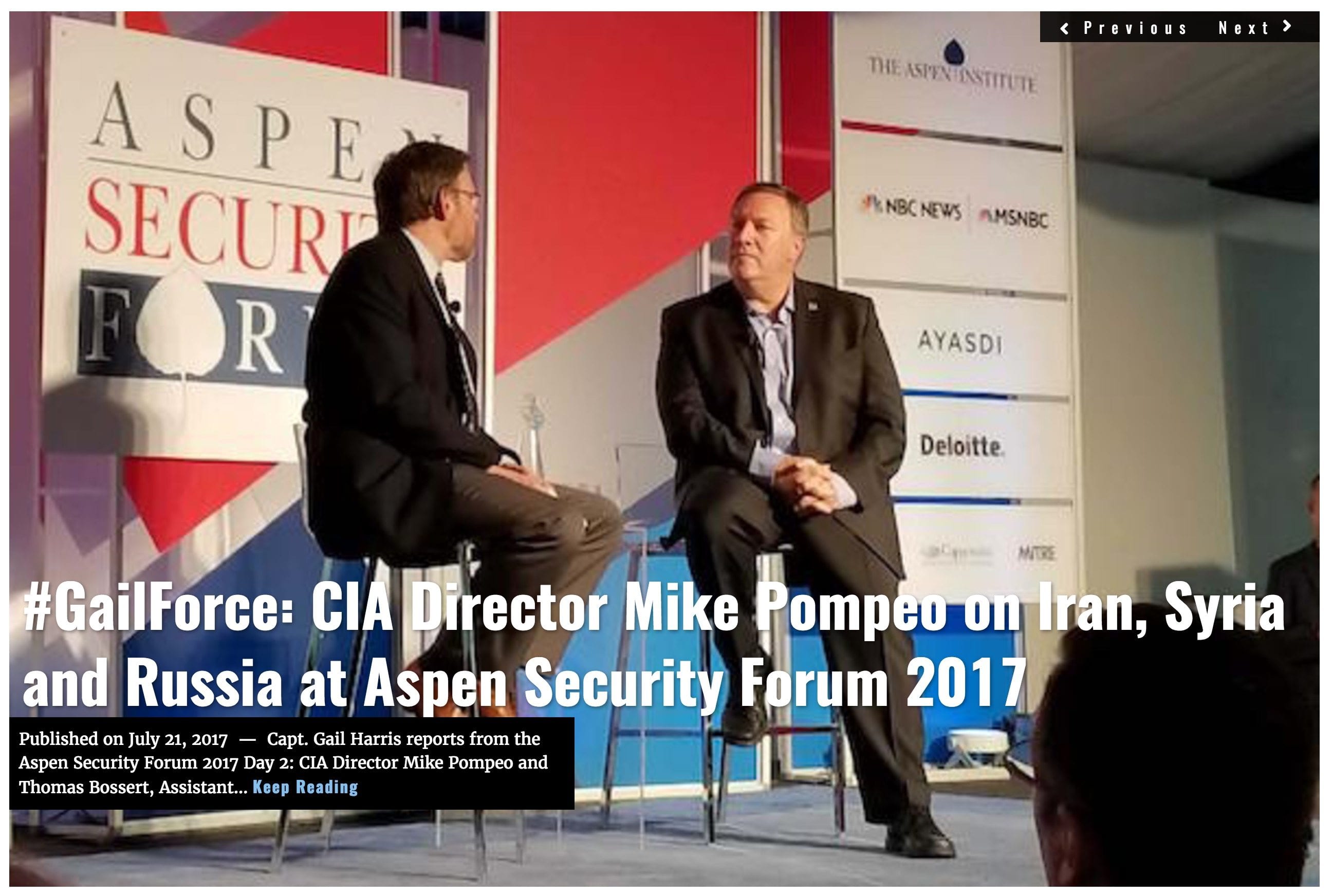 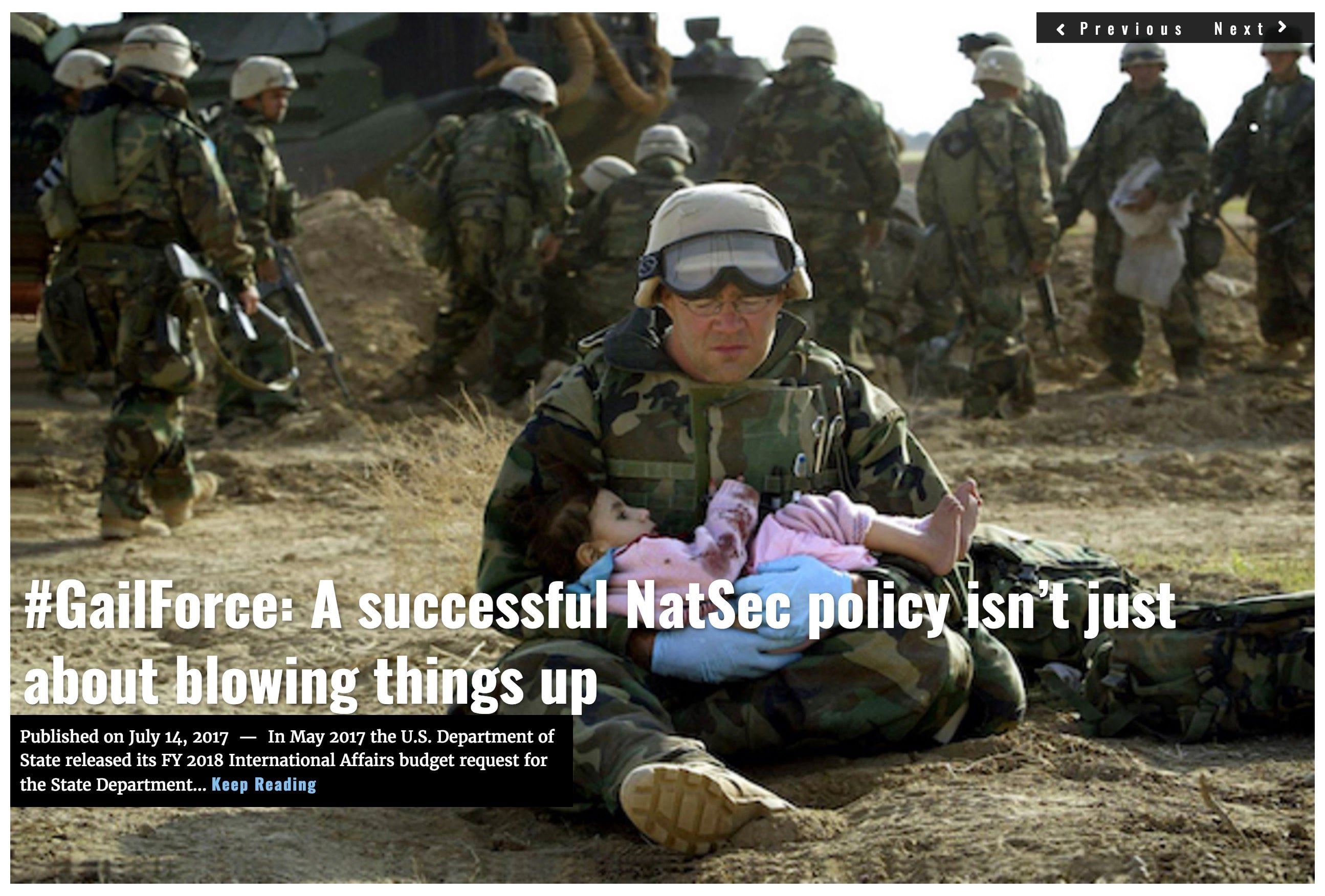